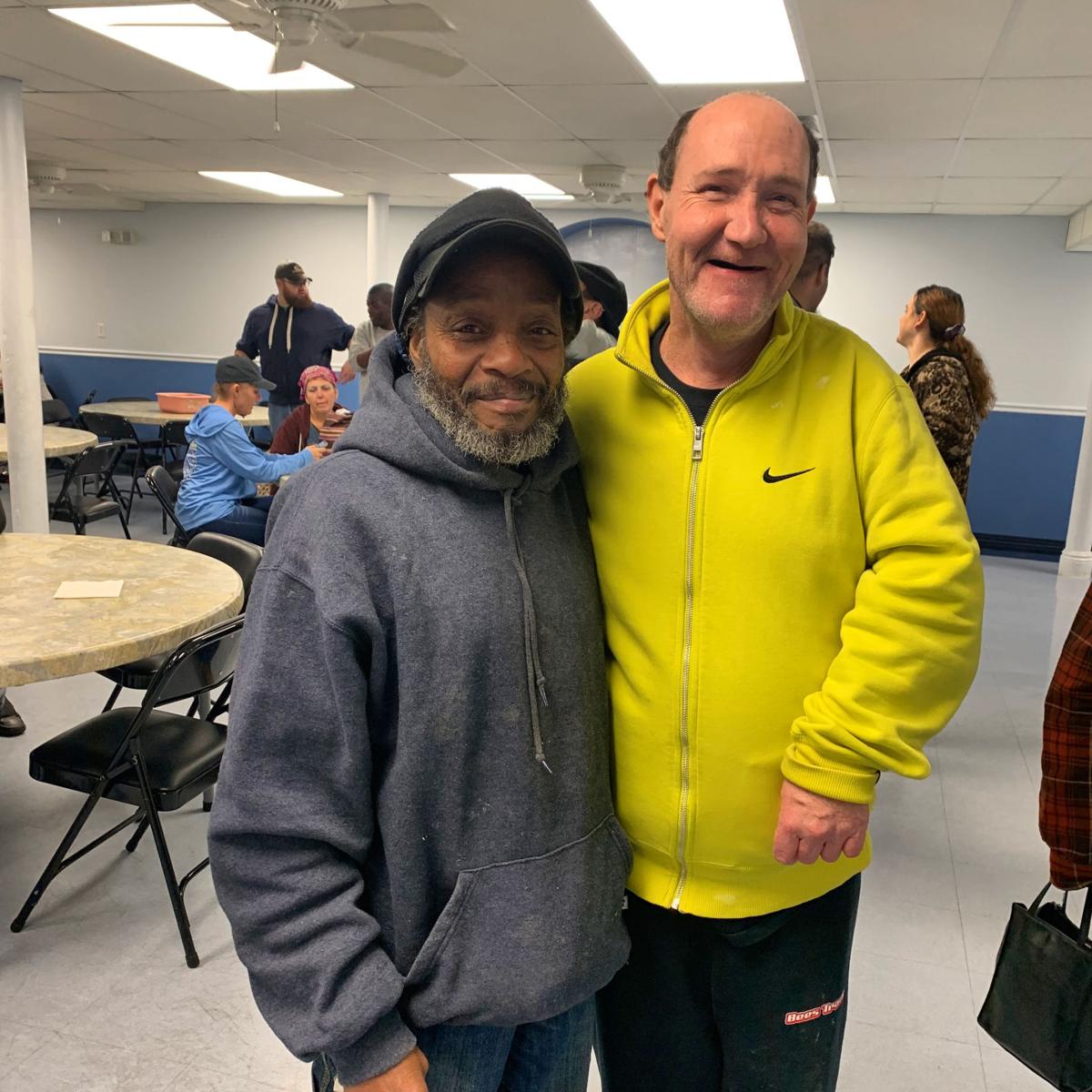 Eugene and Louie have had each other's backs for years. 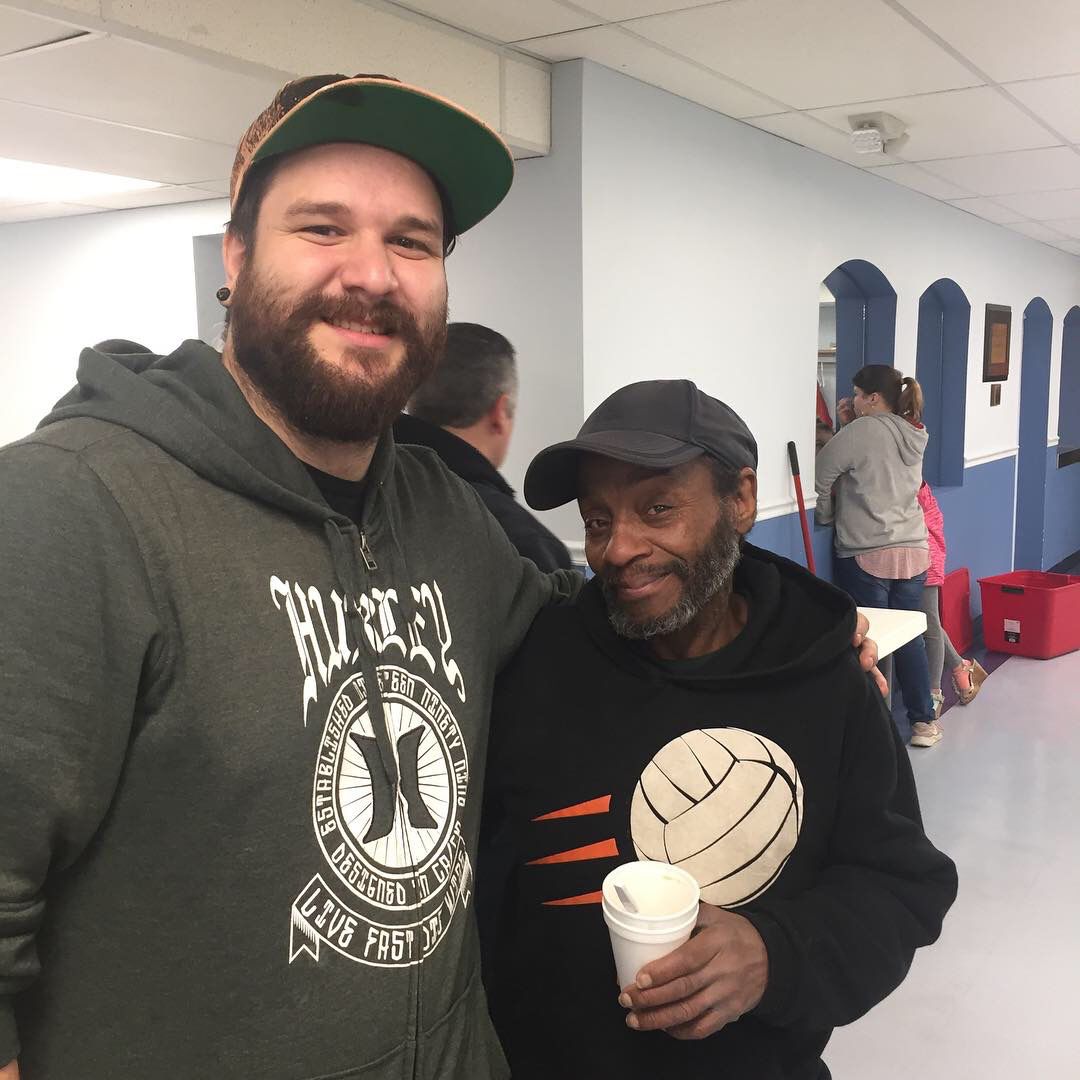 Eugene is friends with everyone he meets. 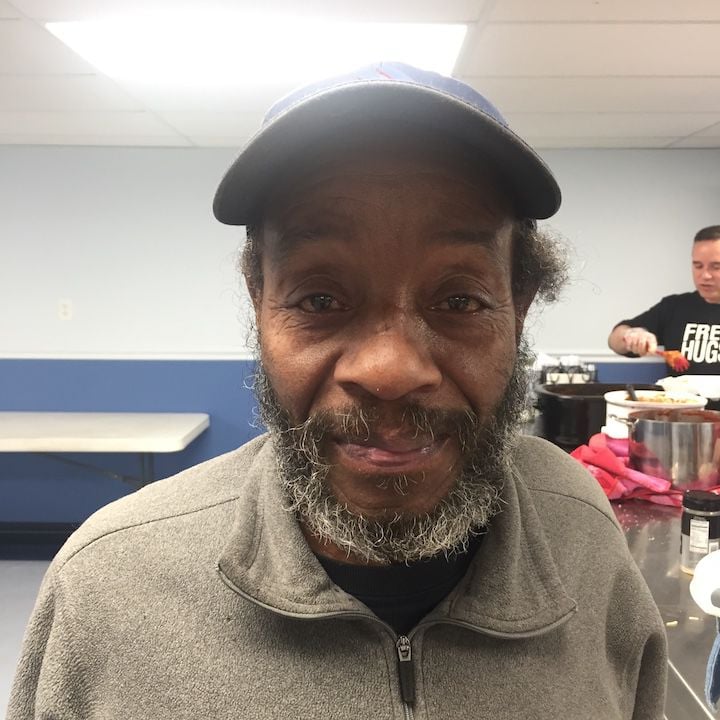 Eugene McNeil has thanked God every day for 30 years.

You know those people who always seem to be in a good mood? Always smiling, positive and hopeful, even in the face of difficulty?

Eugene McNeil is one of those people.

At 74 years old, Eugene never left Mansfield. He was born in Jackson, MS, moved to Mansfield as an infant and has been here ever since.

He graduated from Malabar High School in 1965. According to Eugene, back then, as long as you didn’t act up, you were OK.

He was in Special Education. He hung in there and did the best he could. He kind of had to learn things on his own.

Eugene worked at Tappan Stove Company for a while, and worked for the city until he injured his shoulder in 1972. His arm was put in a sling and did not heal correctly. He was given pain pills, and his bone still juts up out of his shoulder.

Eugene cuts grass in the summer; he has been doing this since 1965. He loves to mow. He likes to stay active.

Eugene told me he loves everybody. He doesn’t care what color they are, a person is a person. People wave to him or blow their horn when he’s riding his bike to mowing jobs. He doesn’t know who they are, but he waves anyway.

If someone comes to him and asks him for something, he gives it to them. He feels good about doing that.

Eugene has decided to be this way. He not only faced the difficulties already mentioned but caused one of his own. His wife left him because of his “boogity-wow,” or unfaithfulness.

He had a twin sister who died 15 years ago, and his life hasn’t been the same since he lost her.

So when he says the older people get, the wiser they get, he is talking about his own journey, as well as what he has observed. It was his experience that he had to move off the sidewalk on 6th Street to let white people pass. He was 9 years old when he first thought that seemed wrong. His grandmama taught him that the derogatory term used for black people was not OK and he is not sure why the word is still in use at all today.

But he sees that people get along better. The racism he saw growing up has changed for the better.

Eugene has four children, two girls and two boys. They have all gone to college. They live in Columbus and come to visit often. His daughter looks out for him. He has one brother and one sister still living in Mansfield.

So how has Eugene gotten to this place in life — loved by everyone around him, celebrated and enjoyed by family, friends and strangers? I believe it is because he is truly a good guy. In the quest for a satisfying life, Eugene has focused on how author Cheryl Strayed defines goodness:

"Goodness is expressed through loving kindness, generosity of spirit and deed, and the thoughtful consideration of others. It can be as simple as offering to let someone ahead of you in line and as complicated as making yearslong sacrifices of your freedom because someone you love needs your help."

Eugene is one of the men at the "People Helping People" pavilion who is usually last in line, making sure everyone else gets a chance to get food, but he happily accepts extra desserts.

Eugene has some advice of his own to offer us:

“Pray every day, regardless of what has happened in your life. Don’t go to bed at night without saying, ‘Thank you, Jesus!’ There is no guarantee about tomorrow. I feel good saying this!”

Wave at Eugene when you see him - guaranteed he will wave back.