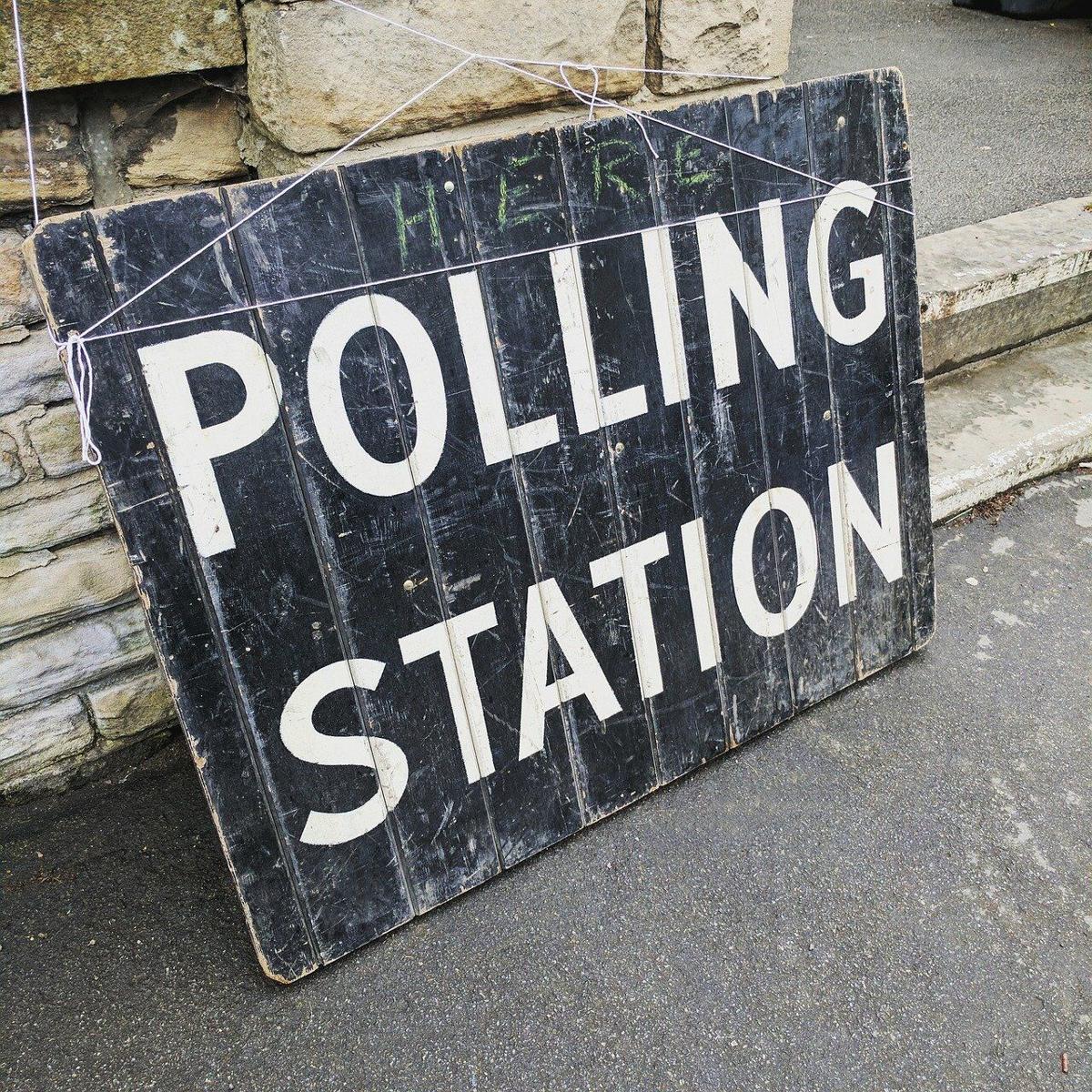 In our democratic republic, we are taught that the voice of the people matters, but throughout history, many people—particularly Black people and other minority groups—have struggled to be heard. 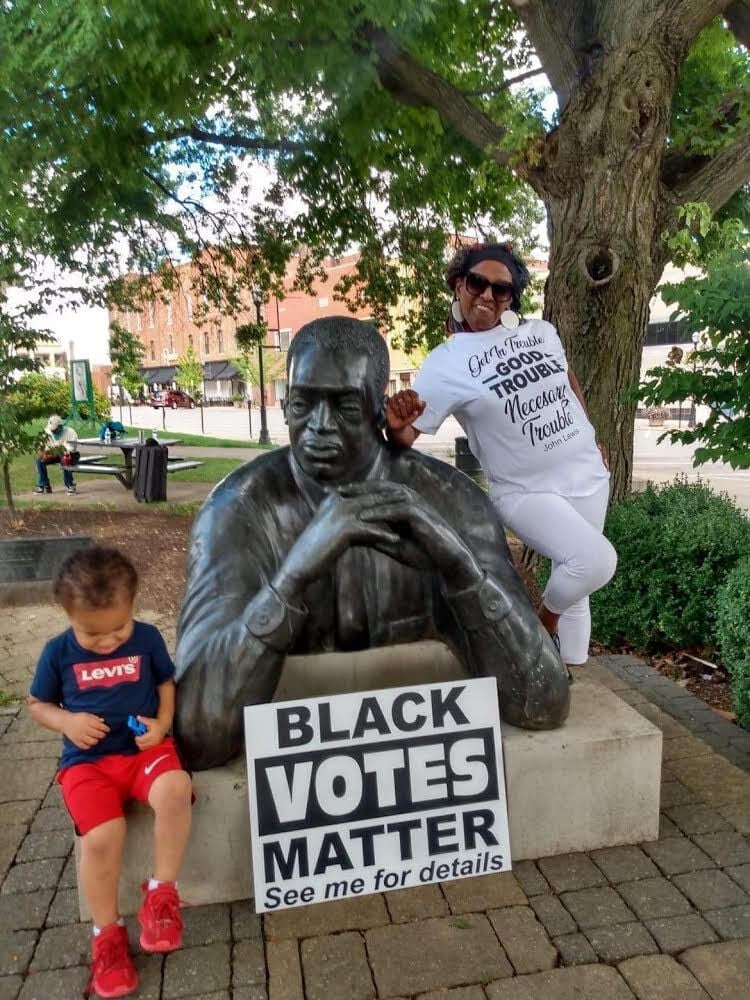 If there’s one word that captures 2020, it’s “unprecedented.” Everyone from politicians to doctors to your next-door neighbor has described the challenges created by the COVID-19 pandemic as “unprecedented.”

The pandemic has created challenges for our electoral processes, too. The Richland County Board of Elections has had to hire more poll workers, process more absentee ballots, restructure in-person voting and more.

Yet, when it comes to talking about the hurdles voters face during the pandemic, the word unprecedented falls flat. That’s because Americans have been fighting threats to voting rights since the founding of our country.

In our democratic republic, we are taught that the voice of the people matters, but throughout history, many people—particularly Black people and other minority groups—have struggled to be heard.

Black men gained the right to vote in writing in 1870, and women in 1920, but racial discrimination continued in practice with poll taxes, literacy tests and outright intimidation until President Lyndon B. Johnson signed the 1965 Voting Rights Act (VRA). Yet discrimination still occurs today in 2020.

“We’ve come a long way since the 15th amendment, but we still have a long way to go,” said Latonya Palmer, voter registration chair of Mansfield branch of NAACP. “We still have barriers, they just look different than they did 150 years ago.”

While out in the community registering voters and hosting civic engagement events like “Meet the Candidates Night,” Palmer has seen firsthand the barriers voters of color face in Richland County.

One of the biggest barriers, according to Palmer, is the location of the Richland County Board of Elections building. For people without a reliable form of transportation, the location is not the most accessible. Of course, on Nov. 3 there are multiple polling places. However, if you want to vote early in person, you must do so at the board of elections.

Recently, the Richland County Transit Board put forth a partial solution by offering a route deviation to provide temporary transportation for voters through Election Day along Route 9 (West Fourth Street) and Route 5 (Springmill Street). Normal fees will apply, just tell the driver when you board you’d like to go vote and call 419-522-4504 for return service.

Though this data is hard to find for Richland County specifically, statewide analyses from the 2012 election suggest that Black voters in Ohio tend to vote early more often than white voters. More opportunities to vote benefit people with strict work schedules or childcare responsibilities.

Ohio has come under national scrutiny on this issue before, after cutting early voting from 35 days to 28 under Secretary of State Jon Husted. In 2014, a lower court ruled that this change would disproportionately harm Black voters, and thus violated the VRA. However, in 2016 a federal appeals panel upheld the cut. The longest voting period in the country is 28 days, but restricting access is seen as a threat by many.

Ohio has also been criticized for its voter purges. While voter purges are a standard legal procedure meant to remove deceased, outdated or inactive registrants to prevent voter fraud, Ohio has erroneously removed active voters before. In some cases, voters didn’t find out their registration had been canceled until they showed up to vote and couldn’t. Thus, the process poses a danger and adds another complication to voting.

“I’ve encountered three people in the last several months who thought they were registered but weren’t,” Palmer said. She encourages people to check their voter registration status every election cycle, especially if they haven’t voted in a few years.

Misinformation is also a barrier. We do have federal regulations around voting, but states set their own procedures. This means voting laws are different across states and levels of discrimination vary. To clear up two misconceptions about Ohio laws: First, Ohio does not disenfranchise people convicted of a felony; you can vote while awaiting your sentence and after completing it. Secondly, Ohioans can still vote even if they don’t have a photo ID. See acceptable forms of ID here.

While educating voters, Palmer has faced her own misconceptions, too. “One thing I’ve learned doing this work is that while there may be some disparities affecting Black voters, it is a myth that (Black people) don’t vote because we do.”

In fact, Black voters have been an influential force in many historic elections, most recently in 2008 and 2012.

Still, there is room for improvement in voter turnout among all population groups in Mansfield. Palmer is addressing this by promoting civic engagement. Vote for the values and issues you care about, she tells people.

Addressing threats to voting rights is a daunting and difficult task when systemic racism has shaped the history of our election processes. Yet there are things we can do to support our community that matter. We can speak out about discriminatory practices, volunteer to help register voters or drive a neighbor in need of transportation to the polls. And we can take a step toward creating change each time we cast a ballot.