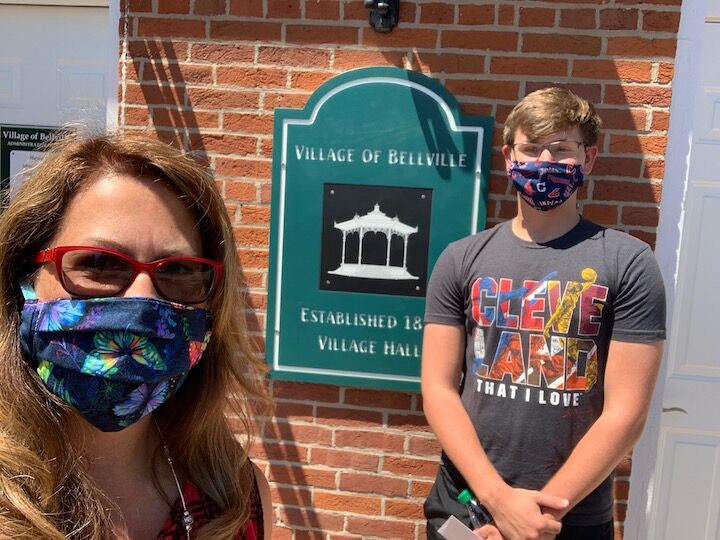 Once Bellville Mayor Teri Brenkus found out about Ryan Hargas's good deed, she invited him to meet with her and thanked him for his kindness and honesty. 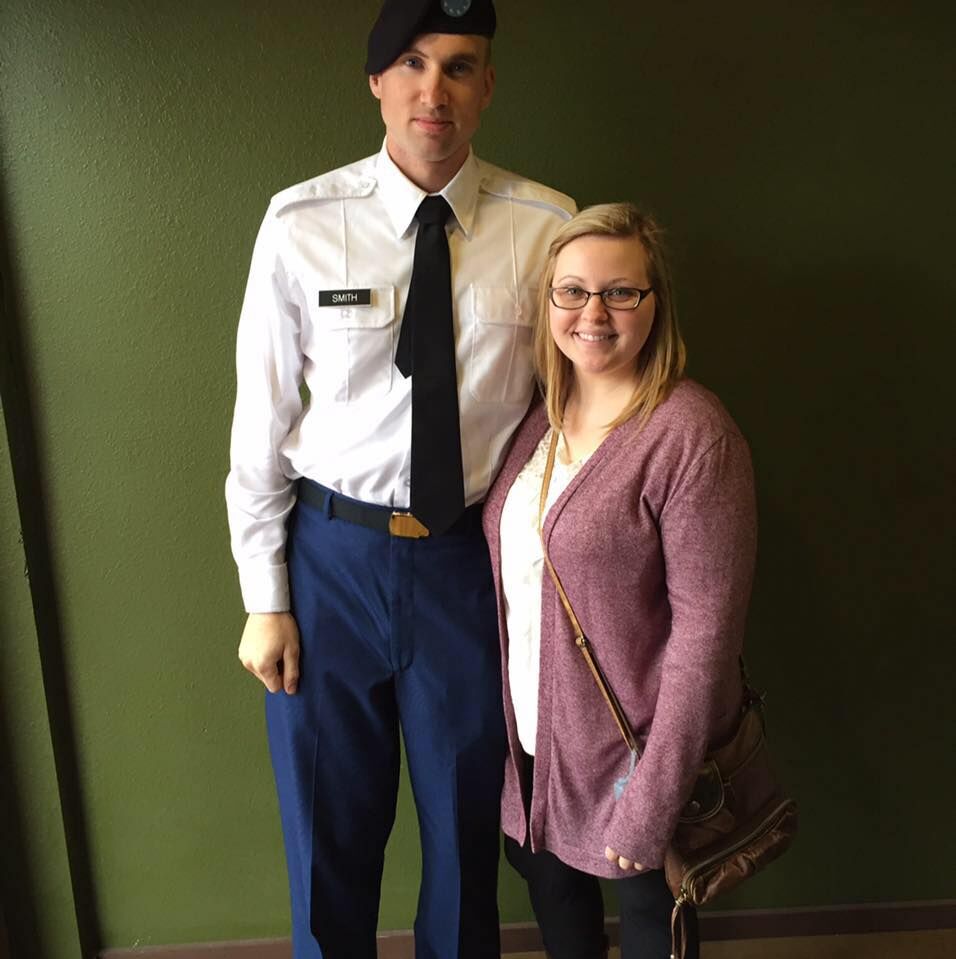 Trace and Morgan Smith are happy that there are still trustworthy and kind people in the world.

BELLVILLE — When Bellville resident and soldier in the Army Reserve Trace Smith lost his wallet, he thought if someone found it then it would be gone forever. He couldn’t have been more wrong.

Willowick resident and Bowling Green State University student Ryan Hargas happened to be in Bellville visiting his girlfriend and helping her dog-sit. They were taking the dogs out for a walk when Hargas noticed Smith’s wallet in the alley they were going through.

Hargas knew immediately that it would’ve been better to return it sooner rather than later.

“My parents did raise me right. I mean, we were always taught to do the right thing. You never know who's watching,” Hargas said.

After going through the wallet again, Hargas luckily found Smith’s ID, and then he, his girlfriend and the dogs set off to return the wallet. Hargas showed up at Smith’s residence, however no one was home, so he stuck it into the mailbox and hoped Smith or someone else would see the footage on the doorbell camera that the wallet had been returned.

Morgan Smith, wife of Trace Smith, who’s recovering from an ACL injury, said her sister went to check the mail and came to her with the wallet. Discovering that nothing in the wallet had been taken, both she and her husband were pleasantly surprised.

“Trace was relieved and was honestly shocked someone returned it without anything taken from it,” she wrote in an email. “It saved him from having to get all new credit cards, bank cards, driver’s license and military ID, and he had some memorable pictures in there, so he was very thankful.”

Giving Smith’s wallet back is only one of the many good deeds he’s done in his life. In the past, he and his family have helped other families, often around Christmas time, by giving them money or buying toys for underprivileged children. As a family that’s struggled similarly in the past, Hargas knows the importance of giving back.

“(His parents) would have to wait sometimes until literally the day before Christmas to be able to get all of our Christmas (presents), just because money was that tight,” Hargas recalled. “My parents showed us the right way to do things like help people (and) don't take from people.”

Hargas also thanks his hometown and the community he’s lived in that made it so easy and expected of him to return belongings that aren’t his.

“Either good times or hard, I would have never thought to take the money,” Hargas said. “If I lost my stuff I wouldn't expect someone to take my money, I would expect to just have it returned, so that's exactly what I did.”

When the Smith’s looked through the camera footage of Hargas returning the wallet, Morgan Smith turned to Facebook and asked others to help find him. Luckily someone recognized Hargas and pointed Smith to his Facebook, where she personally thanked him on her and her husband's behalf.

“I really appreciated that post, I would have never expected that… I think it's just nice that she took time out of her day to personally thank me,” Hargas said.

The Smith’s weren’t the only ones to recognize Hargas’s good deed. Bellville Mayor Teri Brenkus saw Morgan Smith’s original post looking for Hargas and couldn’t help but reach out to Hargas as well.

“For him to take the time to walk it directly to their house and put it on their front porch completely intact was very impressive to me,” Brenkus said.

Brenkus was so impressed that she invited Hargas to meet with her just to say thank you and shake his hand.

The Smith’s think his recognition is well deserved and wish Hargas all the best.

“It shows that there are still some incredibly honest, kind and trustworthy people out there, especially during the times we are in right now,” Morgan Smith wrote. “We hope others see this, and that when they find a lost item they try to return it to the owner as well.