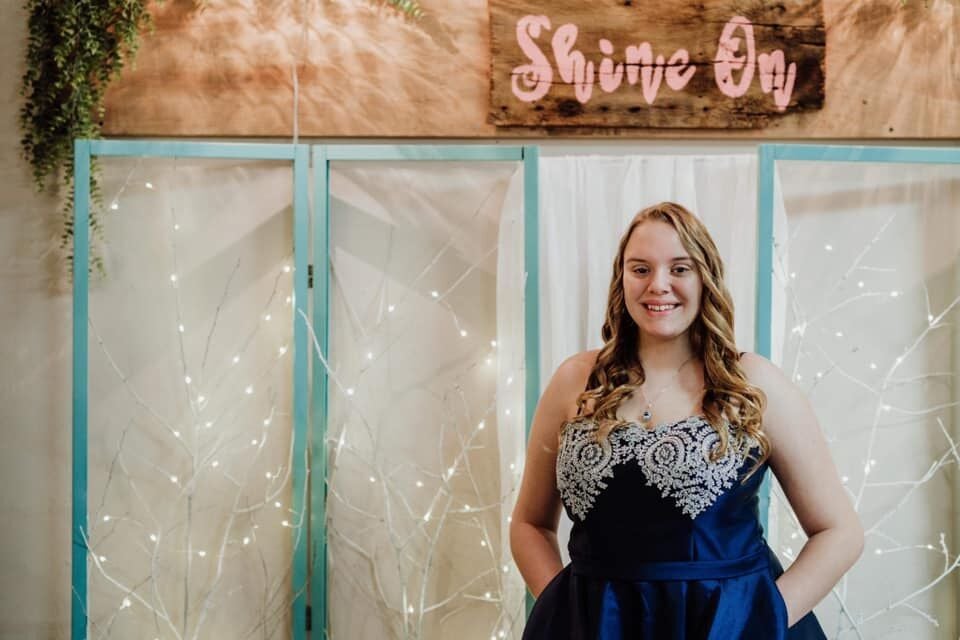 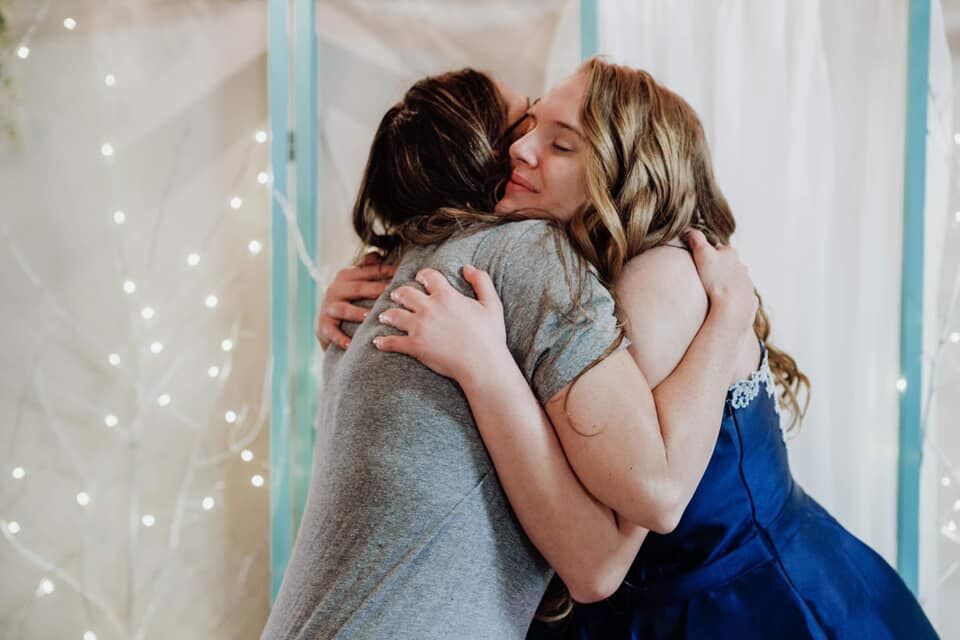 Tami Oyster, founder of Love Our Hero's nonprofit, embraces Savannah Gasser, one of her regular volunteers and the inspiration for their Shine On program. 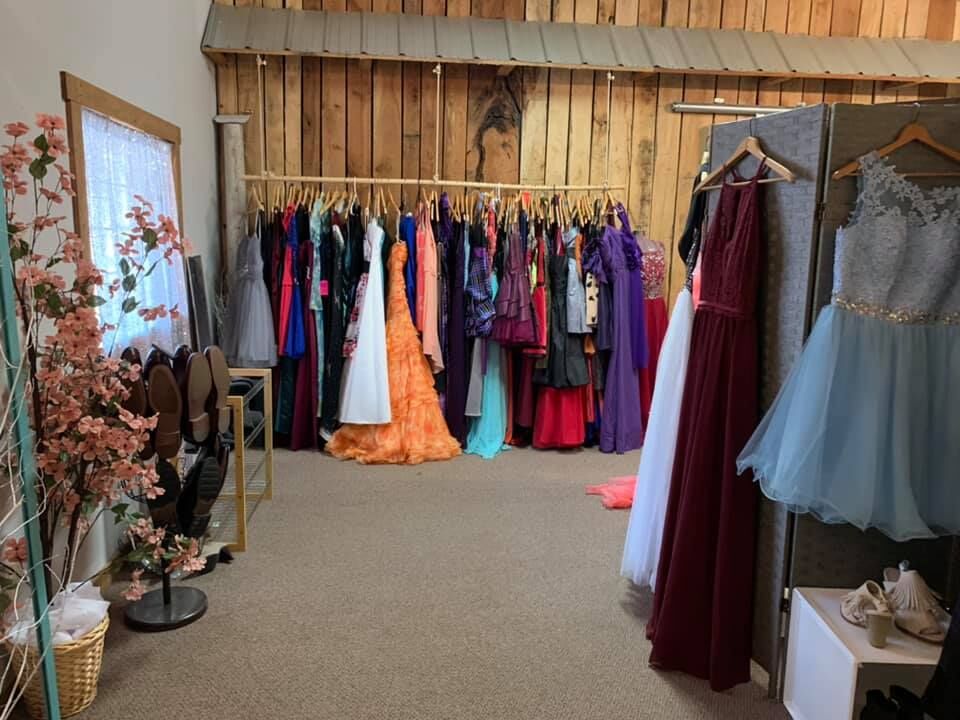 Shoppers can visit Love Our Hero’s Shine On boutique at 24 Bell St. in Bellville to browse available dresses. They are open Wednesdays from 9 a.m. to 7 p.m. and Thursday through Saturday from 9 a.m. to 4 p.m. 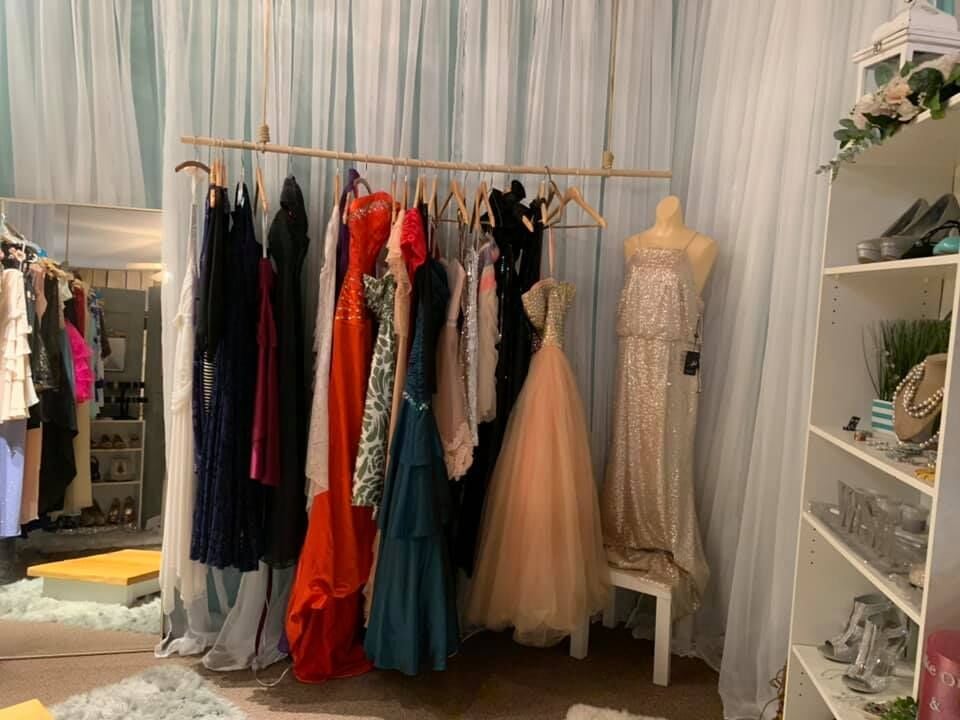 A wide variety of colors, styles and sizes are available to purchase with a monetary donation now.

BELLVILLE – Savannah Gasser started her freshman year at Clear Fork High School in 2019. She and her mom saved their money to buy a homecoming dress for months. She could hardly wait to find the perfect dress for her first high school dance.

When the day finally arrived for homecoming dress shopping, Gasser’s mom woke her in the morning and they headed out excitedly. To Gasser’s extreme disappointment, they returned home empty-handed after visiting about 12 different stores, from boutiques to thrift stores.

“We came to realize that they were a lot more expensive than we thought. We didn't know if we were even going to be able to find a dress in our price range,” Gasser said.

“I was just so emotionally drained, and I was upset about having one income and just not being able to find anything. I remember sitting in the car crying, wishing we had more money.”

Gasser’s story became the inspiration for Shine On boutique, a program started by Tami Oyster,  the owner of Bellville’s Love Our Hero’s nonprofit. Teens who struggle to purchase a prom dress due to financial challenges now have the opportunity to browse and take home a beautiful gown, paying a monetary donation of whatever they can reasonably afford.

Oyster, who knew Gasser and her mother as regular volunteers for her organization, saw a Facebook post made by Gasser’s mother about that disappointing day and immediately wanted to help. The next time they saw each other, Oyster gave Gasser money to buy her homecoming dress.

Gasser was filled with gratitude and joy, and she began thinking about how she could pay Oyster’s generosity forward.

“I didn't really understand why someone would do that for me,” Gasser said. “Then I wanted to start this program to help other people. (Not being able to afford a dress) is not a very good feeling, and I feel like everyone deserves to just feel beautiful for at least one night.”

Inspired by Gasser, Oyster began collecting homecoming and prom dresses from donors to launch a new program now called Shine On. This program would allow local teenagers whose families are struggling financially to shop without worrying about the cost of the dress.

Shine On dresses can be purchased with a monetary donation based solely on what the shopper can afford, just like everything else Love Our Hero’s sells in their thrift store, café and ice cream shop.

“One hundred percent of the proceeds from what we do here goes right to veterans. We help out with rent, utilities, food assistance. We have donated two cars to two different veterans. We are building a home for a veteran–so basically whatever the need is,” Oyster said.

When prom was canceled due to the COVID-19 pandemic last year, the program was placed on hold. Still, Oyster collected donations and continued to curate a selection of dresses to offer in the future.

To browse available dresses, visit Love Our Hero's Shine On room at 24 Bell St. in Bellville. They are open Wednesdays from 9 a.m. to 7 p.m. and Thursday through Saturday from 9 a.m. to 4 p.m. There are dresses available in a variety of styles and sizes ranging from XXS to 3X.

Gasser brims with excitement to think of other teens with financial challenges finding their dream prom dresses at Shine On. Although she balances school and work now, she still makes time to volunteer for the organization whenever possible.

“Even if you're not sure if you want to even go to prom because of financial things, I would say just try it. It's not going to hurt to try, and you never know what you'll be able to find. You’ll feel beautiful,” Gasser said.