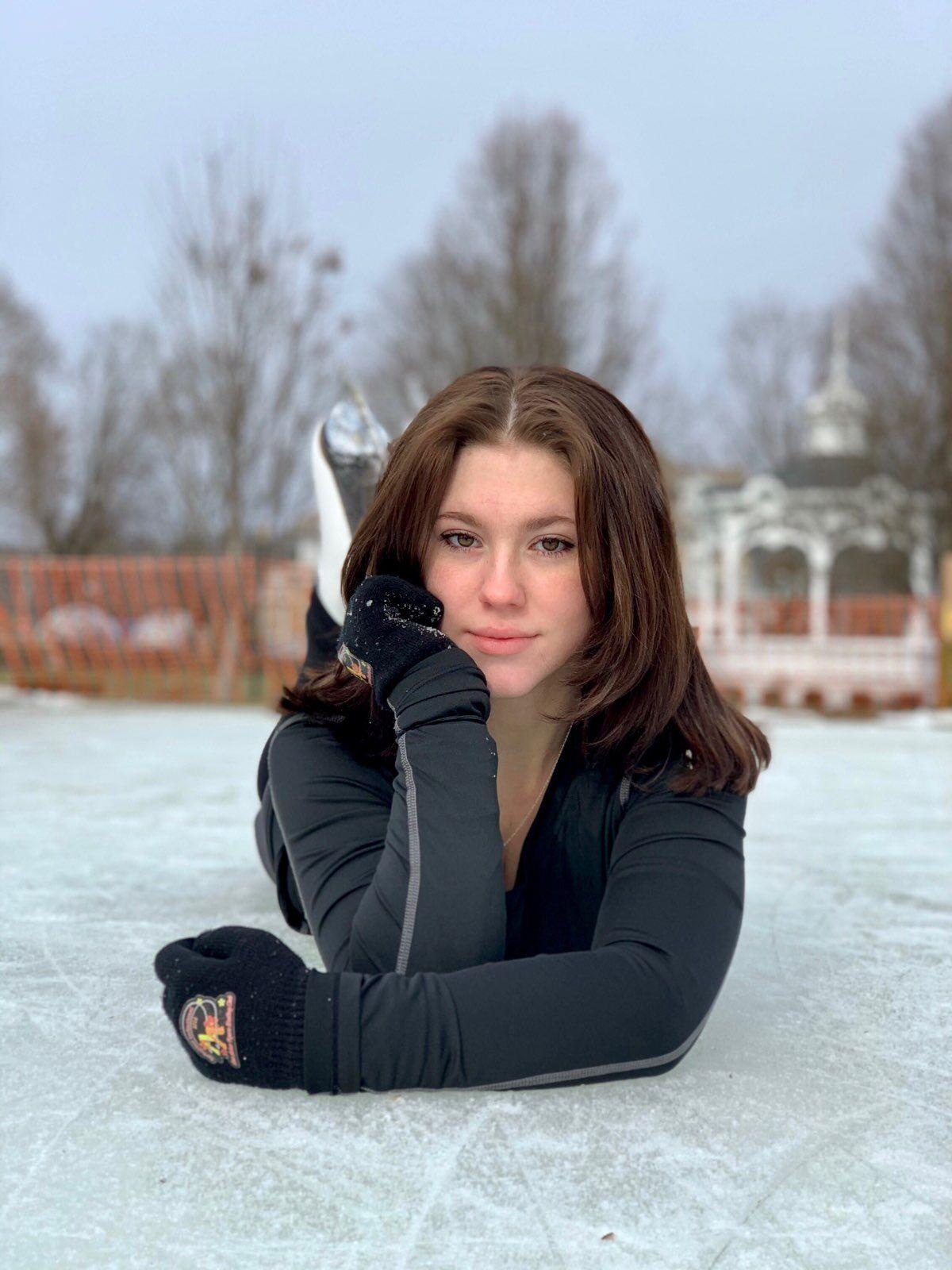 Bonnie Worby still remembers the first figure skating dress her parents bought for her. A blue one they bought off eBay for her birthday. 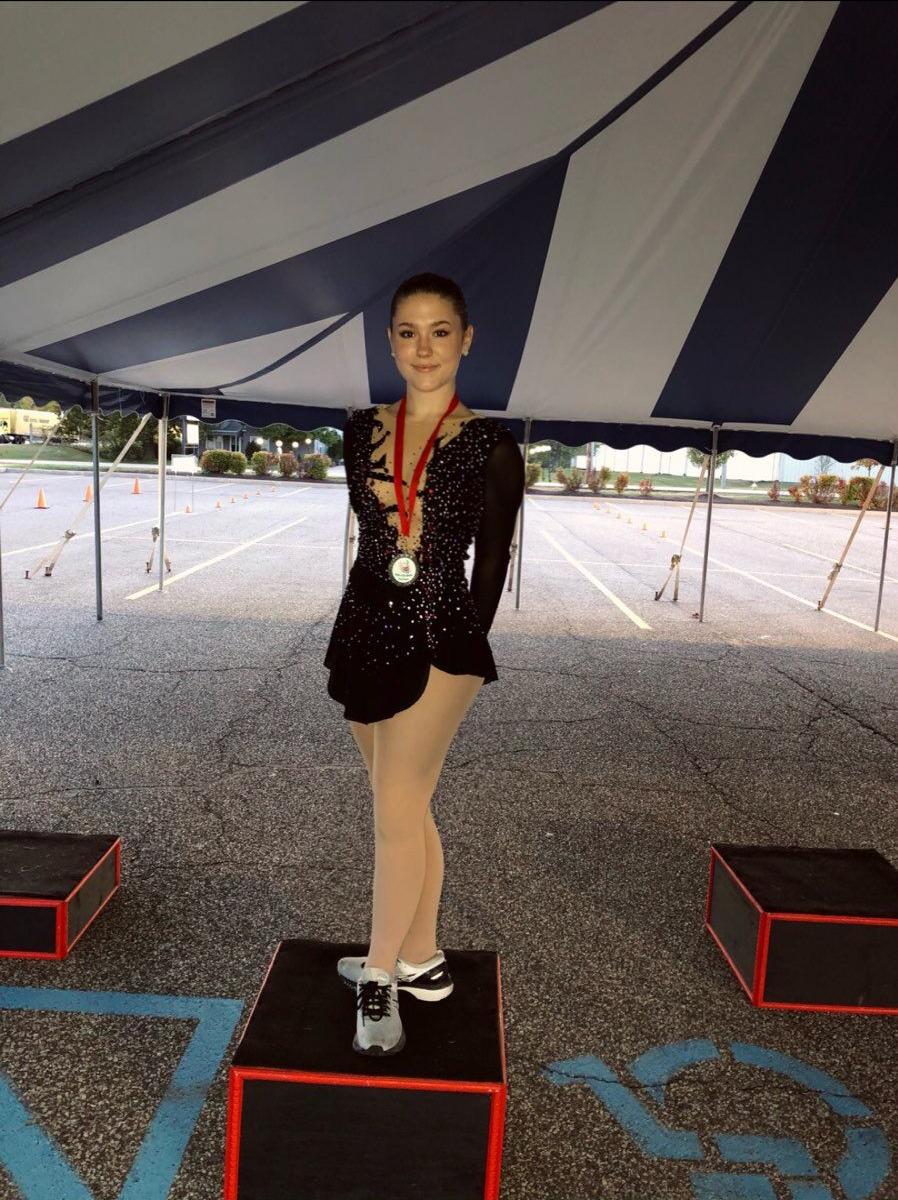 Worby has placed in regional competitions. 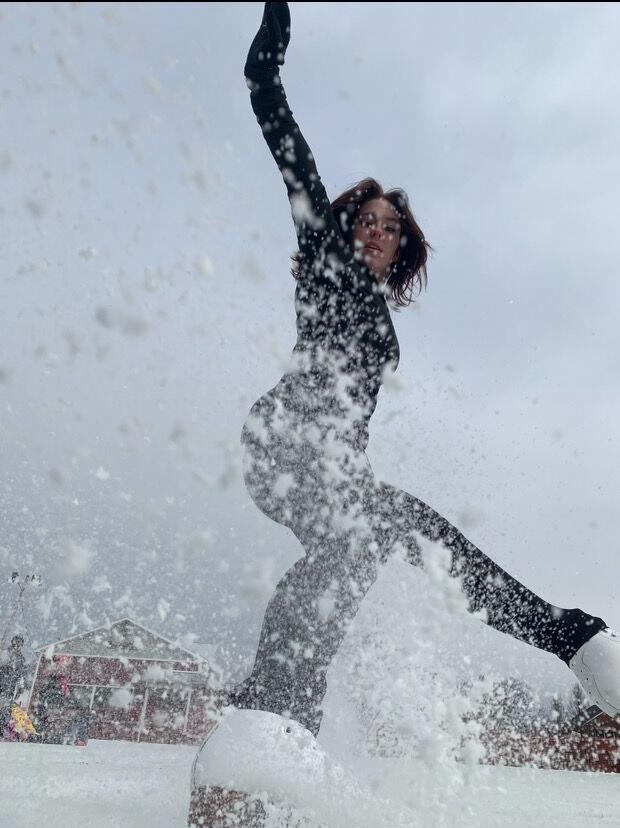 Despite a couple of injuries, Worby remains passionately driven toward becoming a better performer.

BELLVILLE – During the winter in Bellville, the ice-skating rink is the main attraction. Individuals and families can immerse themselves in spending quality time together and having fun. When nine year old Bonnie Worby took the ice for the first time, it was exactly that for her, but it grew to mean so much more.

Now 16 and a student at Clear Fork High School, Worby has spent the past five years training and competing as a figure skater, hoping to entertain many watchers for years to come.

After taking lessons at Learn to Skate in the Alice Noble Ice Arena located in Wooster, Worby decided she wanted to take skating seriously. Her parents started taking her down to Columbus for private lessons, and then she began to get into competition. She’s now been part of the Columbus figure skating club known as the “OhioHealth Chillers” for five years.

On top of her lessons, Worby also coaches younger children. At the same time, she’s on her way to finishing high school early while taking classes at North Central State College.

Worby’s typical schedule starts with online school in the morning, which ends at 11:30, then she completes her homework. After that, her parents drive her down to the OhioHealth Chiller at Easton or North, where she practices for two to three hours. She finishes off the day with coaching and gets home by 9:30 p.m.

Worby’s parents have remained consistent in helping their daughter pursue her dream, making sure to buy her a new pair of skates every year along with dresses for her performances, and making sure she gets to practice on time.

“Every single day they drive me between an hour and an hour and a half to practice, and then they stay there the entire time to watch. So, I'd say my parents are beyond supportive,” Worby said.

Having a supportive family and a good group of friends who hold the same interest/drive keeps Worby motivated and reassured about her passion. Abby Schmitt, Worby’s private coach, can see Worby achieving her goals. As a coach who likes training passionate, driven students, Worby’s dedication impressed Schmitt enough to coach her.

“(Bonnie) approached me because I was coaching one of her friends, and she liked what I was doing with him... I felt like I could have a good impact on her skating too,” Schmitt said. “Our personalities mesh really well together, so it was just a good match.”

Worby’s not interested in becoming a full-time competitive skater. Her true desire is to move on and become a show-skater at Disney on Ice.

“World titles and Olympics and stuff like that doesn't really interest me as much as working with kids,” Worby said.

Although she won’t be eligible to join Disney on Ice until she turns 18, she’s using the next two years to hone her skills. She’s also continuing to take college classes up until her senior year. If she succeeds in landing a role in Disney on Ice, she’ll put college on hold and finish at a later time.

Ice skating, much like other high-intensity sports, can often lead to injury—sometimes life-threatening. Worby recently returned from a back injury that took her off the ice for two months.

“(As figure skaters) we fall on our butts a lot. My back kind of gave out and couldn't take it anymore, so I had to go to therapy and take some time off and just take a step back,” Worby said.

There have been a few injuries before her latest one, but each time Worby comes back, she’s eager to pick right back up where she left off. However, it’s not that easy, and Schmitt has to remind her.

“Something that I always try to put into my skaters is… your health is more important than (skating), so you need to be able to work at a rate that is productive but isn't harmful to you,” Schmitt said.

While it can be frustrating at times to hear that she has to take it slow, Worby understands her coach’s persistence.

“It's always hard coming back because skating isn't necessarily like riding a bike,” Worby explained. “It's not something that you can drop off and then pick back up. Even if we take a week off for vacation, you come back and you're like, ‘Whoa, how do I do this?’”

To reach her goal of getting to Disney on Ice, Worby must be able to complete tests that ice skaters must go through 10-12 times a year. Currently, she’s at the intermediate level in “moves on the field” and working on bringing up her level in free skate from juvenile to intermediate.

Though she’s not into competing as much anymore and is working toward pursuing her main objective, Worby is grateful for the family she has at home and the support she receives from her fellow OhioHealth Chillers.

“I think (Bonnie’s) drive is what gives her the most opportunities because she does want these things, and it is what motivates her,” Schmitt said. “Technically, she is advancing at an exciting rate. I think that she can accomplish these goals. We just need to keep working and stay focused and be careful that she doesn't get injured again.”