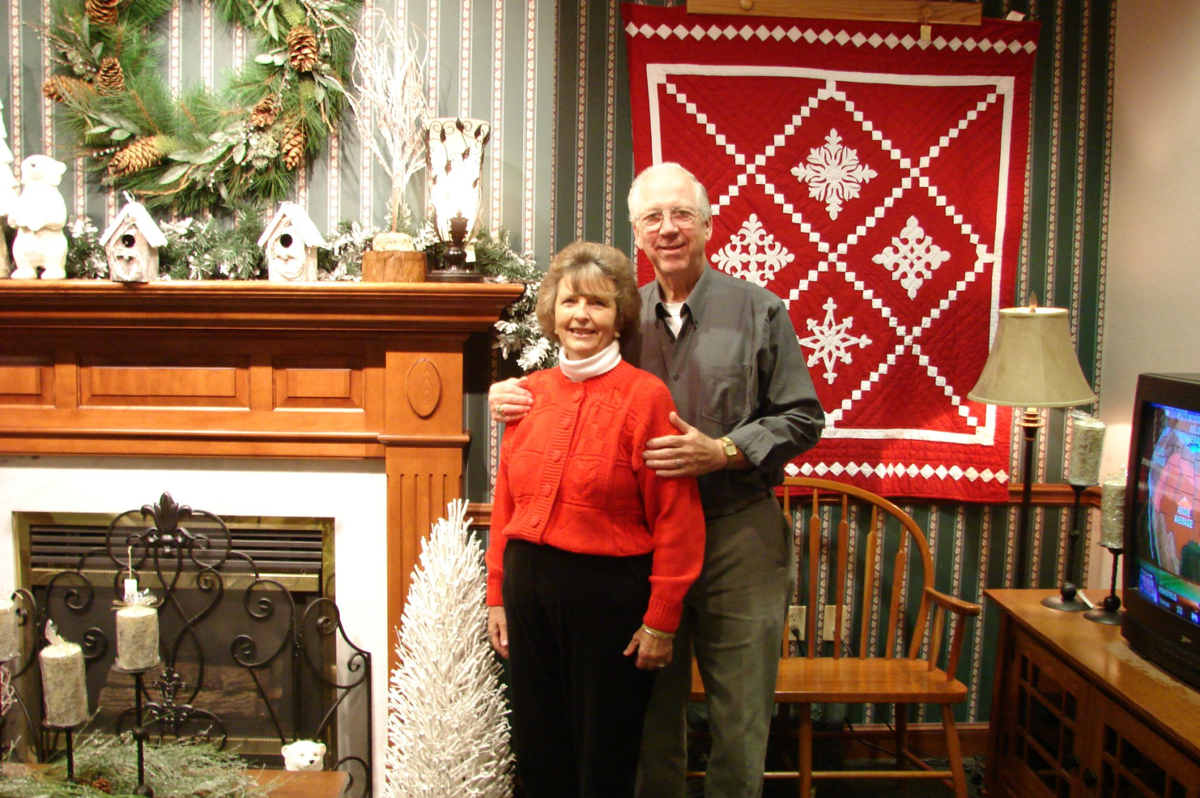 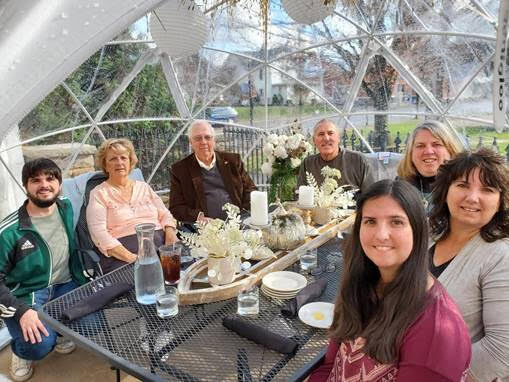 The Perman family (minus two granddaughters) enjoy a nice meal. 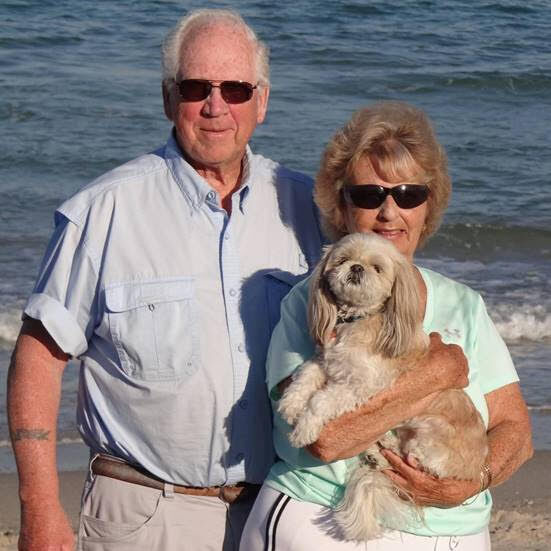 Don and Judy Perman travel as much as they can now that they're retired. 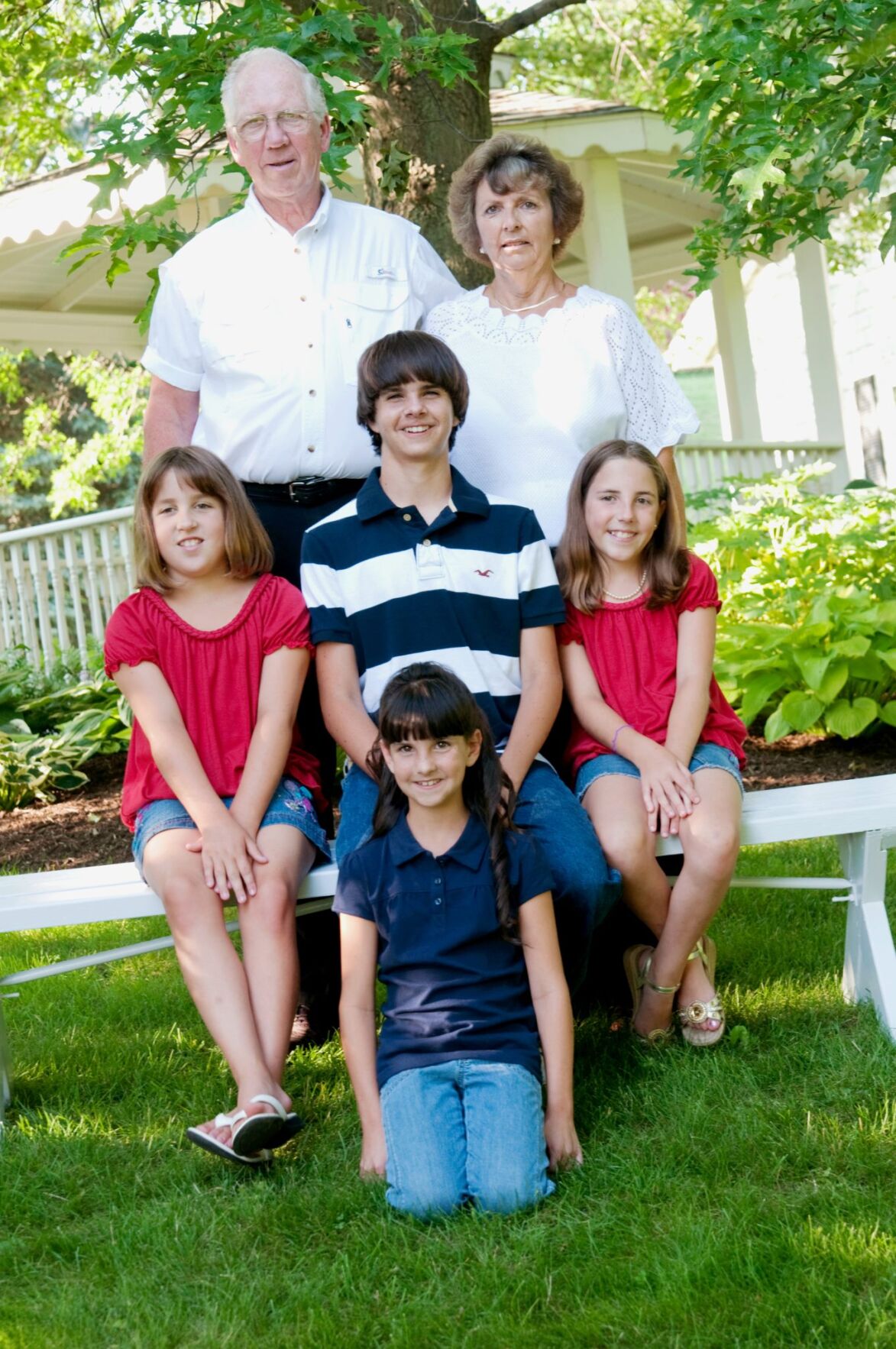 Don and Judy Perman with their four grandchildren.

BELLVILLE – Don and Judy Perman are a reserved couple, and like most people, they don’t like to talk about themselves that much. But despite their casual front, the love they’ve shared for over 60 years can be heard through their laughs.

The Perman’s, both originally from Crestline, met during their high school years in 1957. They met through a mutual friend who set them up on a blind date.

Although they didn’t fall in love instantly, one thing they both appreciated in that first year of their relationship was getting to know each other and expanding their compatibility. They both loved movies, roller skating, the outdoors and traveling.

“I think our personalities coincide with each other,” Judy Perman said.

After that first year of dating, Don Perman joined the U.S. Navy at 19 years old and served for four years. When they got married on Dec. 1, 1960, Judy Perman quit her job after promising her husband she’d become a stay at home mother until her children were grown. Today, they happily serve as an example to their two daughters, Sheri Brenneman and Terry Shupe.

When he came back from service, Don Perman went on to work for Gorman Rupp for 37 years as a maintenance manager. During that time, he also devoted himself to something special to both him and his wife’s hearts: their faith in God.

“I was always brought up as a child in church but it really didn't mean anything,” Judy Perman said. Once she was married, however, she became more passionate about becoming a family of faith and took the entire family every Sunday to Methodist Church in Bellville.

“The pastor at that time was Reverend John Gregg, and he preached the message of salvation, which I had never heard before. So, that's how it all began,” she said.

The Perman’s come from a long line in both of their generations of families who’ve lasted in long successful, committed and happy marriages and were both influenced by the relationships they bore witness to. They were able to pass their knowledge and wisdom down to their daughters.

Brenneman praises her parents for setting the example of "doing what’s right and finishing what you start." When she was in nursing school and wanted to quit, her parents said she could, but only after she finished the quarter.

“I finished the quarter and passed,” Brenneman said. “They said if I still wanted to quit, I could. Well, I no longer had a reason to quit. The trajectory of my professional life would have been forever changed had they let me quit in the middle of a quarter I had started.”

After discovering salvation, the Perman’s became very involved with church. Judy Perman has done work in the food pantry as well as worked in the office doing church bulletins by mimeographs.

“She has always just done things behind the scenes. She is the unsung hero; she has such a servant’s heart but does not let anybody know, really,” Brenneman said.

As for Don Perman, he joined the Gideons and helped operate a jail ministry for the past 35 years after meeting Bill Glass, former defensive end for the Cleveland Browns, who founded many prison ministries around the United States.

Every week (until this past year due to COVID-19), Don Perman would join a group and headed over to the Richland County jail to minister to the inmates. He’s also visited many prisons in Pennsylvania, West Virginia, Michigan and Illinois.

“I just had a desire to lead people to Christ and in the workplace. People don't always want to hear it and you got to work with them,” Don Perman said.

“You go into the prisons and… they're pretty receptive. And you can really share your heart with them, and I think it's a good, good ministry.”

Through their faith and the love they have for each other, the Perman’s have lived a fulfilling life doing what they’ve always wanted without any regrets. Even though they have 60 years under their belt, Judy Perman said it’s blown by, and she wouldn’t hesitate to do it all over again.

“After all these years, we know each other pretty well, I’d say so,” Judy Perman said.