ASHLAND — Jennifer Washock, 40, doesn’t consider herself an extreme couponer; rather, an extreme saver.

Although she began finding ways to save money after watching the television show, “Extreme Couponing,” the Ashland resident says there’s so much more to her money-saving tactics than clipping coupons.

“I would say the least amount of what I do is clipping coupons, but it’s all kind of under that umbrella,” she said. “I always tell everyone I’m an extreme saver, not an extreme couponer.”

When “Extreme Couponing” first aired, she admits she thought it was “silly.”

“But then I got hooked and I was like, ‘Huh. There’s more to this than just clipping coupons,’” she said. “It’s like a game of strategy."

While looking at her bank account about nine years ago, she decided to better acquaint herself with different spending strategies as a way to elevate her savings.

“Professionals say you should have about six months worth of savings. I had maybe two months at that time,” she said.

She found guidance from different bloggers who helped teach her how to shop smarter. Three sites that have proven to be especially helpful, she said, are Hip2Save, Passion for Savings, and Living Rich with Coupons.

These sites offer a wealth of information, including the latest deals and where to find them, coupons, money-saving tips, and more. They each have apps that can be downloaded to your phone for quick and easy access, and they also have email newsletters.

“They do a lot of the work for you,” Washock said. 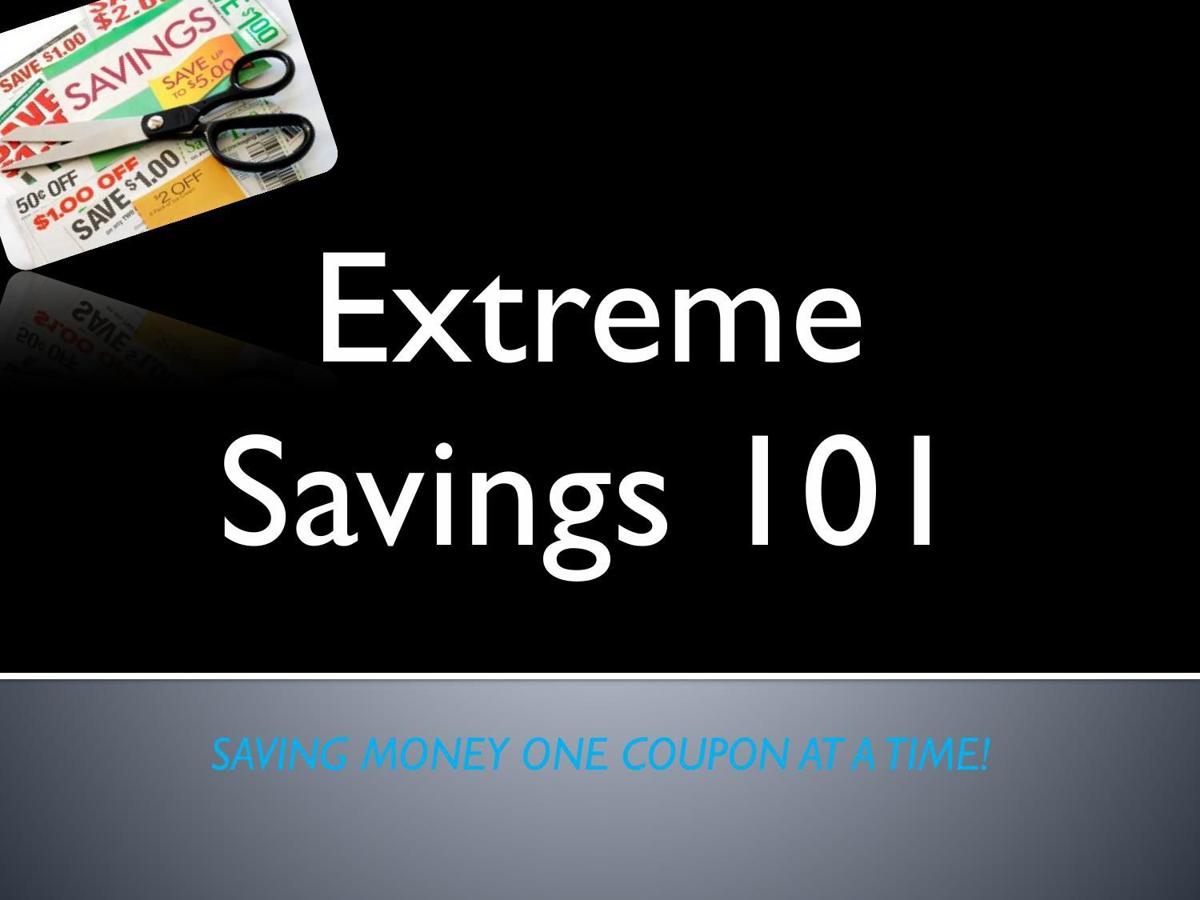 Washock has also taken it upon herself to develop a savings strategy that best suits her needs, including where she shops and when.

She said she frequents CVS, where she takes advantage of the ExtraCare Rewards Program.

“Everyone thinks CVS is too expensive, because typically their original prices are too expensive, but they have an ExtraCare card, it’s basically their shopper’s card, and so you can register for that. They also have a scanner, it’s called the Redbox Scanner, and if you use that, it’ll print out CVS coupons that you can then use to stack with your manufacturer coupons,” Washock explained.

“The biggest thing I think is learning about rewards programs and how to make the most of them.”

She typically purchases toiletries, hygiene items and beauty products from CVS, sometimes getting items for free if she strategizes well, she said.

She gets her groceries usually from Aldi. She also grocery shops at Buehler’s, which allows double coupons up to 99 cents, she said.

Before running to the store, she plans her meals, taking note of what’s in her pantry, as well as what’s on sale.

As one who likes to cook from scratch, Washock said she tries to play it smart in the kitchen by finding different ways to prepare items to reduce food waste and extend their shelf life.

“I think anybody who really wants to be an extreme saver and look at their dollars will want to invest in a food saver, like a vacuum sealer, and get meat or fresh veggies that are on sale to freeze,” she said.

Electronic rebate programs like Ibotta and SavingStar have also been of great help, she’s found.

Washock typically devotes time on Sunday to compile coupons, whether they’re sourced from the newspaper or online resources, such as coupons.com. She keeps a coupon journal to help stay organized and notes what hot deals are available.

The way she spends money now drastically differs from before, she said. Previously, she had a tendency to impulse shop, but now, by staying organized and being mindful of sales and deals, she’s not tempted to do that anymore.

Her shopping trips have become “deals dashes,” she said, during which she tries to hit each store she needs to in one fell swoop in a way that makes sense both time-wise and gas-wise.

“Because I do that, I don’t have this urge to go shopping because I am shopping, but I’m shopping smart,” she said.

In the beginning of her money-saving journey, Washock said it was challenging to limit her sales sprees because it was such a rush, but she’s since tempered her bargain-hunting habits by deliberating whether it’s truly a product she needs and/or wants.

“Is it something I absolutely need or is it something I want? If it’s what I want, I usually put it on a wish-list and usually within a couple of months, a really good, awesome deal comes about and I get it for maybe half of what I would have paid for it,” she said.

And if it’s something she knows she’ll need, she’ll stock up when there’s a sale, “so that when I need it, I’m not purchasing it on a convenience basis,” she said.

Other ways Washock has saved money is with a little creativity, she said. For instance, she decided to give up cable and turn to Hulu and free apps on Roku and Fire Stick.

She also has found writing reviews to be advantageous. As a reviewer for Sears, she was contacted to participate in a survey for a new mattress and box spring.

It’s not just Washock who’s reaped the benefits of her money-saving efforts. She’s gifted many friends and loved ones items like crockpots, blenders, skillets, etc. because she’s found great deals and savings. She also acts as a “coupon fairy” sometimes, leaving coupons next to the corresponding items in the store.

Washock estimates she’s saved tens of thousands of dollars over the years.

“It feels nice having financial freedom,” she said. “It’s a blessing.”

Ask Coco: Can't we all use a little advice?

No one has it all figured out. No matter our station in life, when …