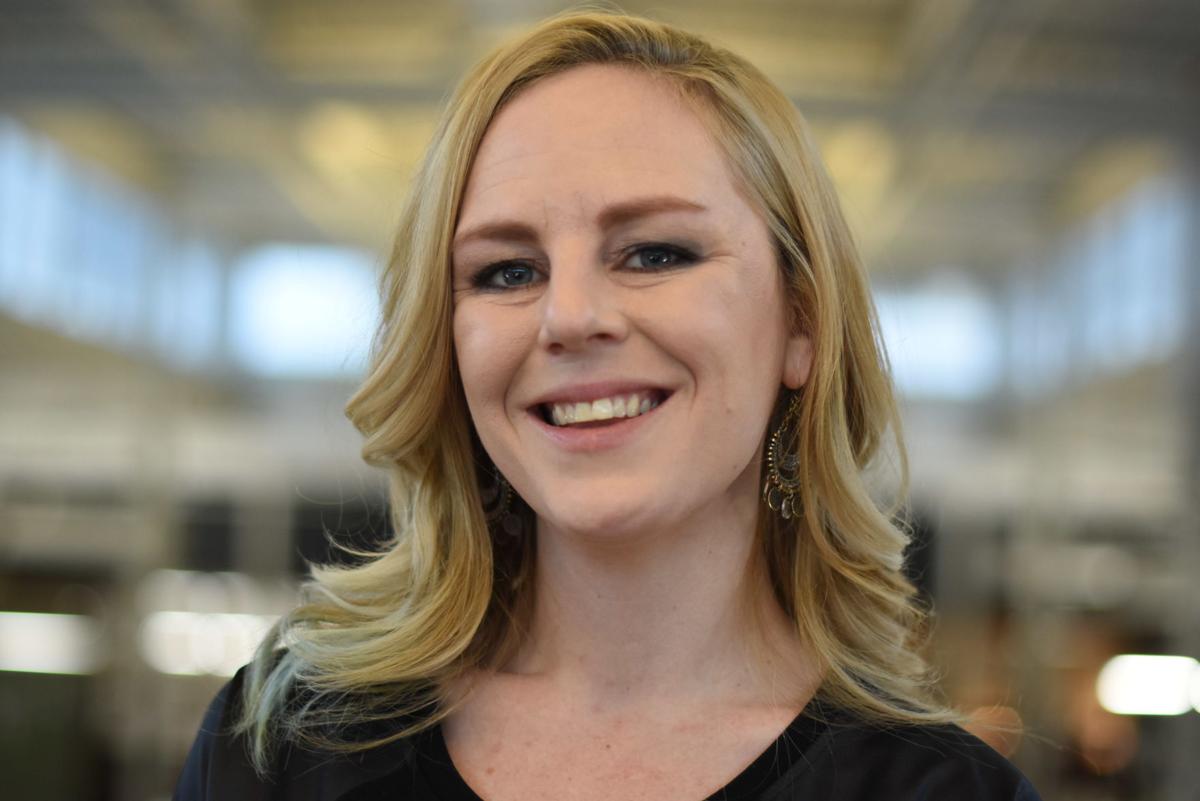 With her family and friends giving her support every single day, McBride remains on the road of sobriety and hopes to never venture off of it again. 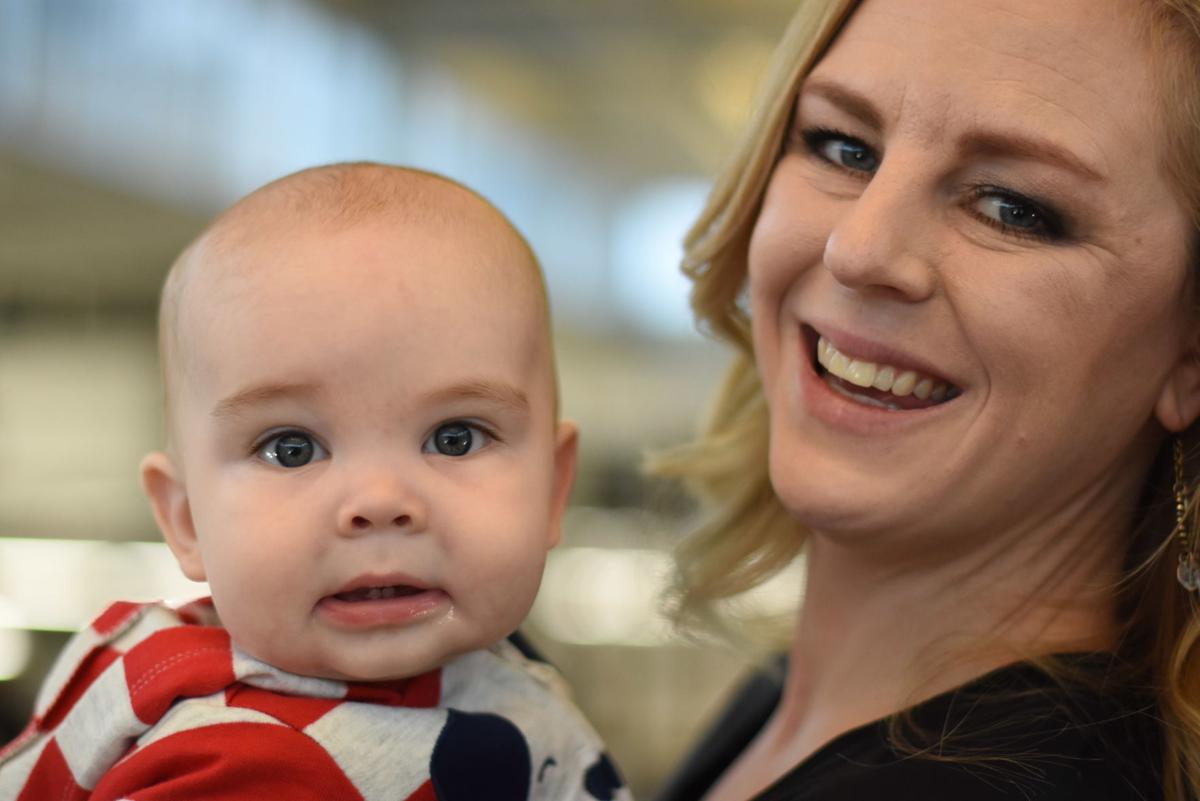 McBride works as a personal fitness trainer at Snap Fitness, owns her own blog and is a mom to six-month-old Jack McBride. All things combined give her enough purpose to not satisfy any urges to break her sobriety.

MANSFIELD - In 2013, Nikki McBride dropped out of college, had a DUI on her record and crashed her car due to intoxication. Today, she’s celebrating being over 1,000 days sober.

Working as a personal fitness trainer while being a mom to a six-month-old gives McBride enough purpose to not satisfy any urges she has to break her sobriety.

“It’s pretty liberating to know that I can actually do that, and it’s pretty empowering to know that you can find it in yourself the strength to do the things you never thought you would be able to,” she said.

McBride started drinking at 25 years old after a mission trip to Mexico where she lived for two years. Following coming home, she became depressed, and working full-time while being in college added to her stress.

"I struggled with (depression) all my life and I really found an outlet when I was with the missions organization, and I think that probably had a big reason, coming home, that I struggled again and couldn’t find solitude except for when I was drinking,” McBride said.

After hitting her first rock-bottom when she crashed her car, she decided to move to Raleigh, North Carolina to start over and get her life together. She went back to college at the University of North Carolina and would only drink in moderation, but after graduating in 2016 and going to live on her own, she sank back into her depression and began to drink excessively.

“I was, again, masking my depression with alcohol and I came to another rock-bottom, found myself pretty much really depressed, drowning in alcohol and kind of asking, ‘why am I even living?’” McBride said.

One scenario in particular McBride can barely recall was a night she got blackout drunk and called her significant other Kevin McBride.

“He was telling me certain things I was saying. I basically told him I was ready to die,” she said.

Even after that episode, McBride disregarded it and continued to drink.

“I just blew it off, and then I drank a few more times after that,” she said. “I remember being like, ‘I’m way better than this’ and knowing that there was so much I could live for.”

After a moment of self-reflection, McBride drove down to her parent’s house on Easter weekend in 2017 and told them she wanted to get help.

“I had lived in different countries, I’ve traveled all over the states... I’ve done all of this really awesome stuff and here I am, drinking my life away like there’s no point to it,” McBride said.

With a history of drinking in her family, McBride had her grandfather, who remained 37 years sober before passing, to serve as an influence. She also had the support of her family, including her step-dad and brother-in-law who drove up to Raleigh after she returned and urged her to come home to receive treatment.

“As much as they knew I wanted to quit drinking, they were (and I was) really concerned with how that was going to happen, and if I had just kept living in Raleigh would I be able to find the help I needed.”

After packing up her apartment and heading back home to live with her parents in Mansfield, McBride found an outpatient rehab program at Catalyst Life Services and received five months of treatment.

“It’s really important that people know that it doesn’t work for everybody until they want it to,” McBride said. “It’s hard to understand that because you would think losing your house, or destroying your relationship, or wrecking your car three or four times, that should be enough to get you to want to quit, but it doesn’t.

“We’re not going to prescribe, ‘This is the perfect way to go and everyone should do it.’ There’s a lot of approaches, and we’re going to try to find the one that works best for everyone.”

Alcoholism is still easily the highest addiction—bar none—in the country, according to Trolian. With opioid and stimulant addiction rising in popularity, however, they rarely see cases where it’s solely alcohol addiction.

“Usually, if it (alcohol) isn’t the primary, it’s the secondary addiction because it’s the most readily available,” he explained. “So if you can’t get to your drug of choice, you’re probably going to drink. The days of having the single addiction of alcoholism in a publicly funded system—we don’t see it very much anymore."

“The biggest thing we want to make sure people don’t do is reject folks,” he said. “We’re beyond the days of this being a moral failing. Addiction meets all of the criteria of the disease model, and we need to treat it the same way we treat an illness."

McBride concluded that her confidence and self-esteem were the biggest changes she’s seen since becoming sober in April 2017.

“That was the main thing I had to work on when I first quit: knowing that people still wanted to hang out with me even if I wasn’t drinking with them,” McBride said.

Since becoming sober, working out has become her source of strength for maintaining her sobriety. She teaches a class at Snap Fitness once a week and works as a personal trainer. In addition, she also runs her blog “The Wreckless” where she gives people an outlet for expressing their anxiety, depression and insecurities in order to remain sober.

With her family and friends giving her support every single day, McBride remains on the road of sobriety and hopes to never venture off of it again.

“I have so much more to offer that I don’t need to waste my time being wasted,” she said.