MANSFIELD — A new art installation at OhioHealth Mansfield Hospital will serve as a thank-you to both the community and the healthcare workers on the front lines of the COVID-19 pandemic.

On May 23, a large temporary chalk spray paint art mural was installed by Mankind Murals on the exterior wall of OhioHealth Mansfield Hospital, east of the emergency entrance and visible from Glessner Avenue.

The mural, titled "We Flatten The Curve," represents the significance of having flattened the curve for the community’s public health, according to Mankind Murals director Luke Beekman.

"It was a way for us artists to do our part during the pandemic in honoring essential workers," Beekman said. 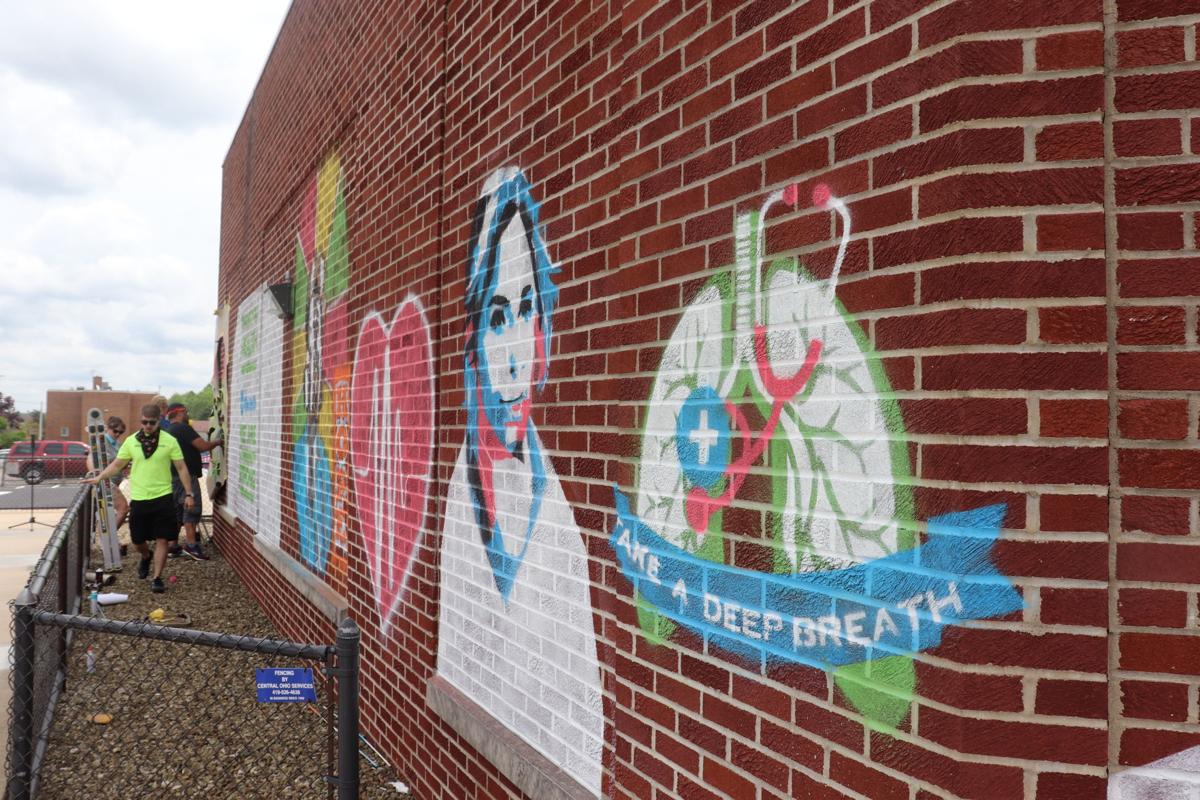 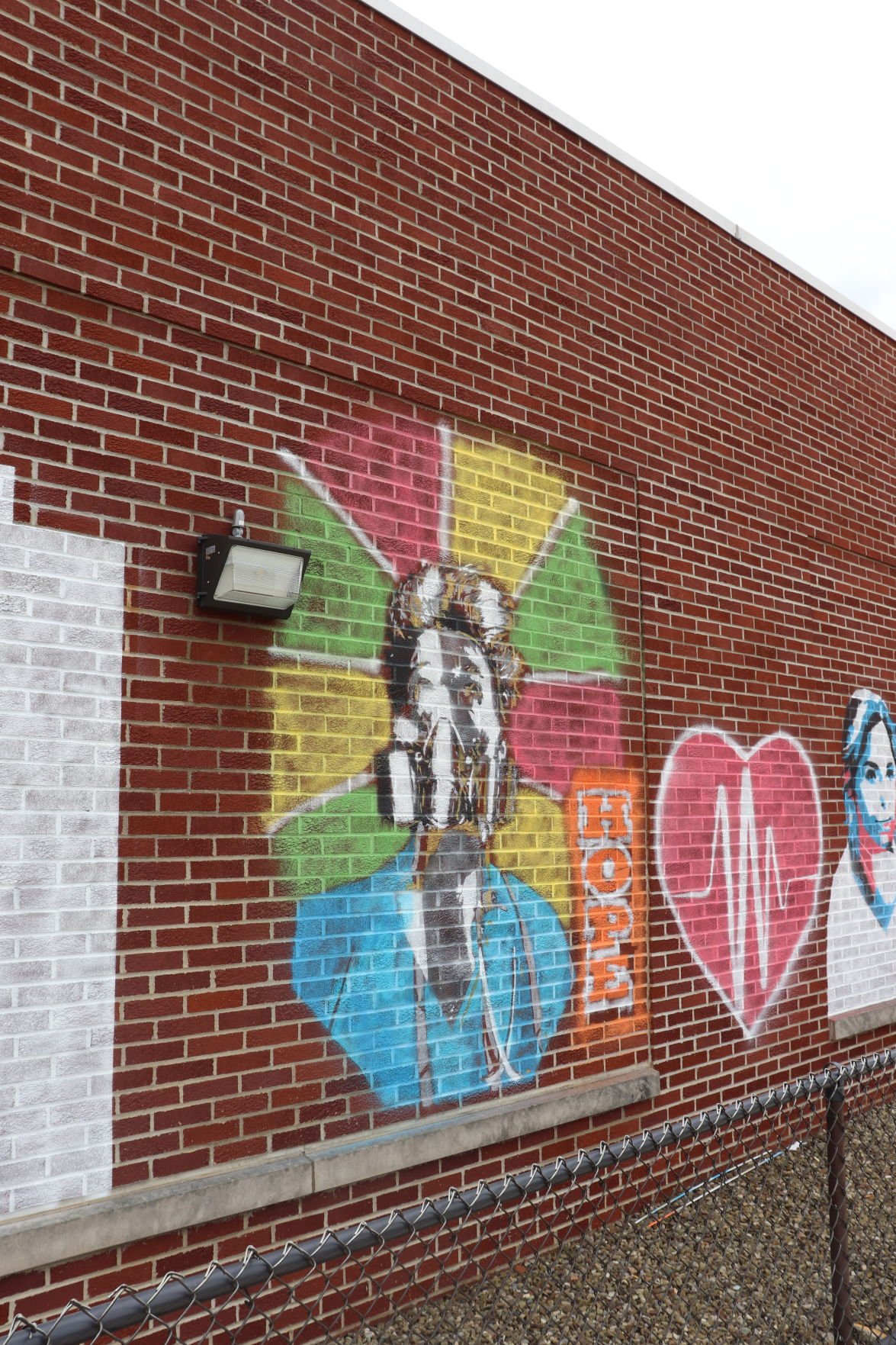 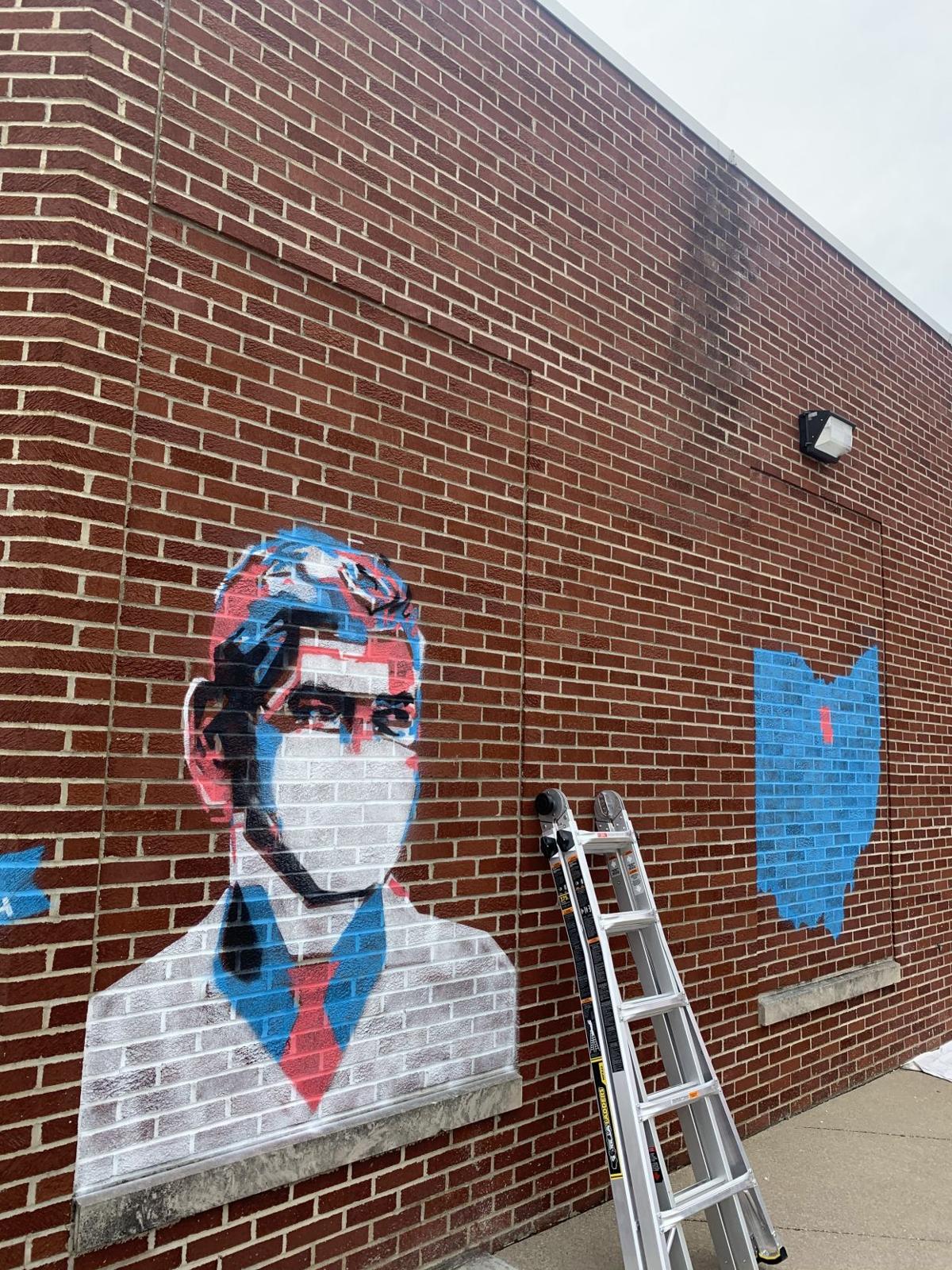 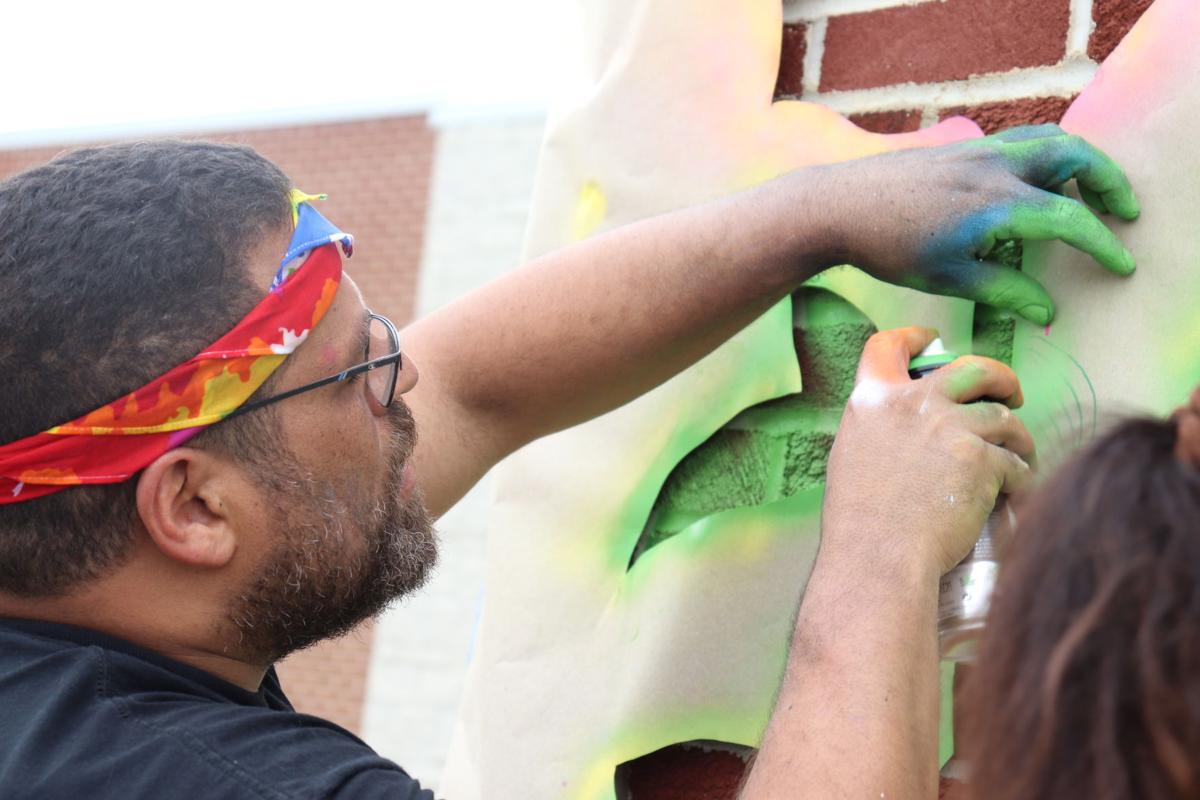 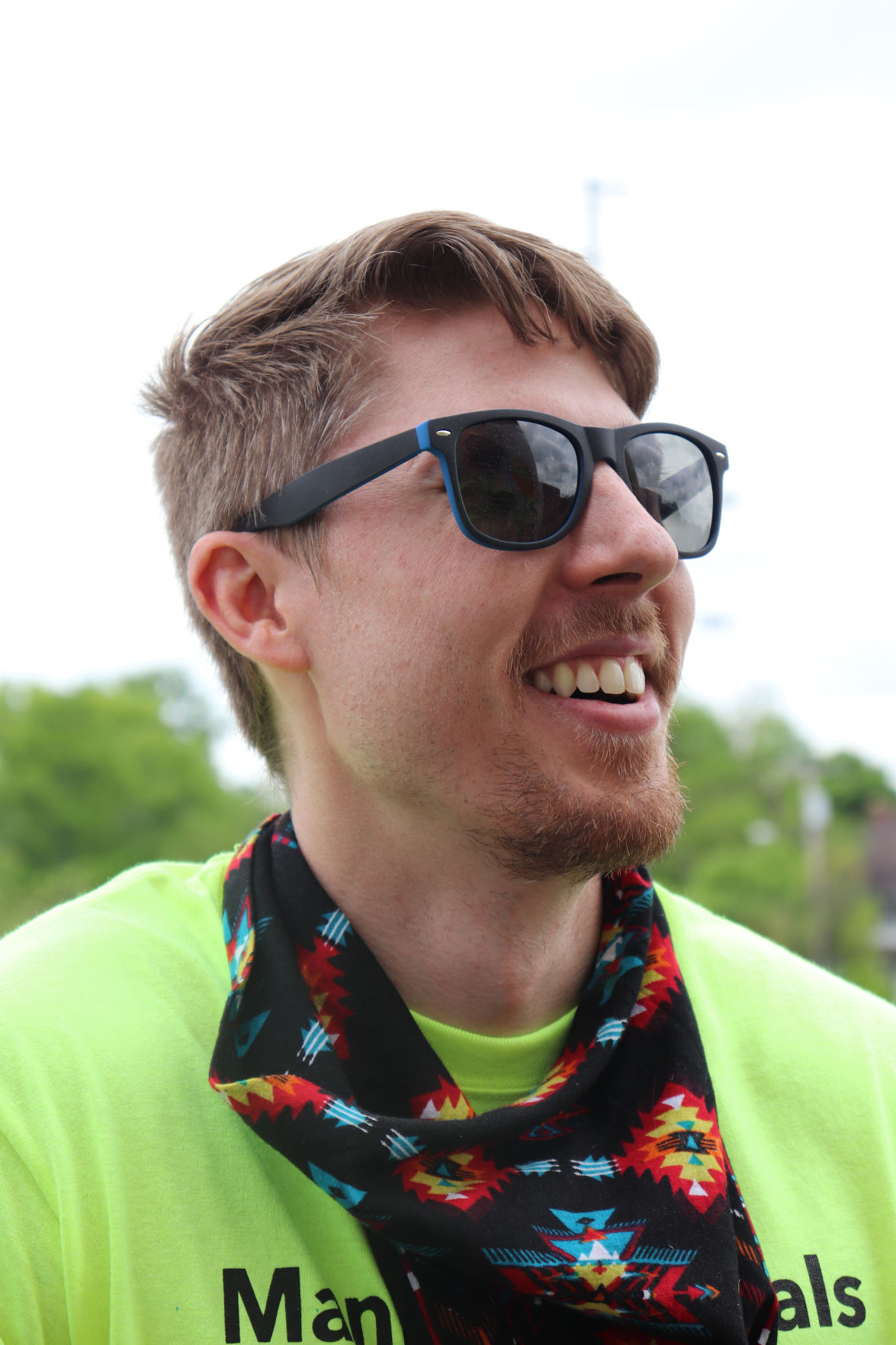 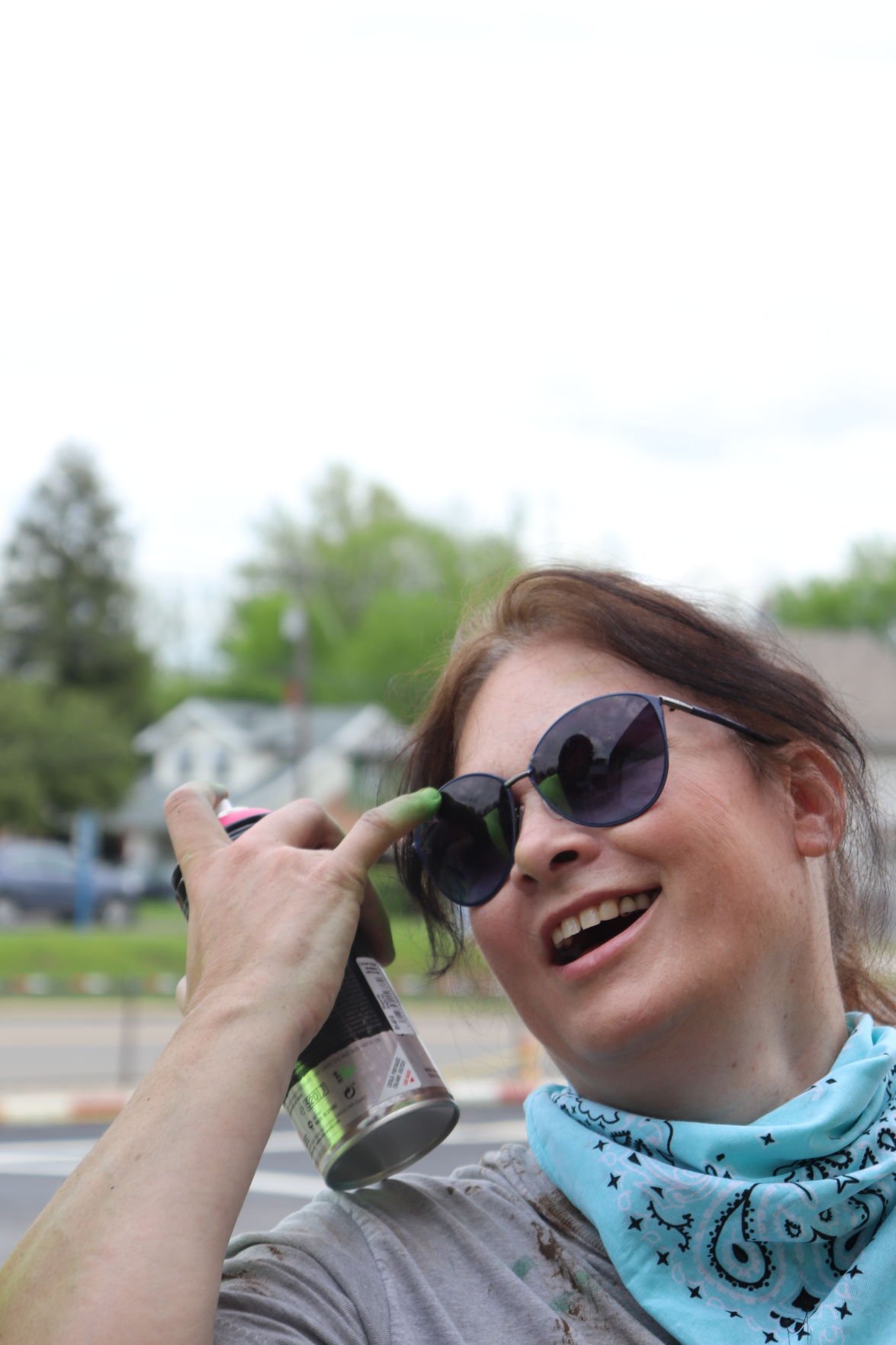 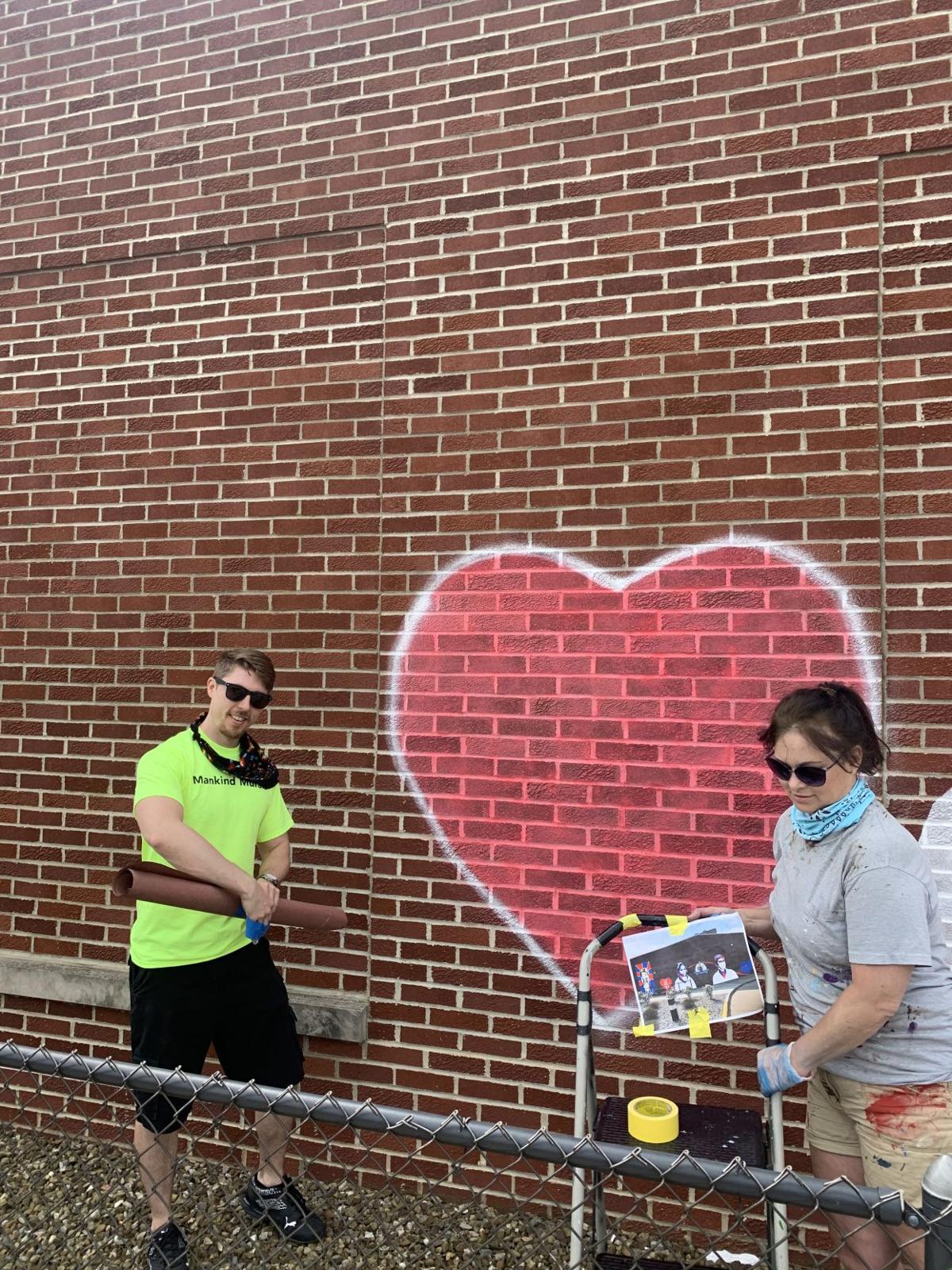 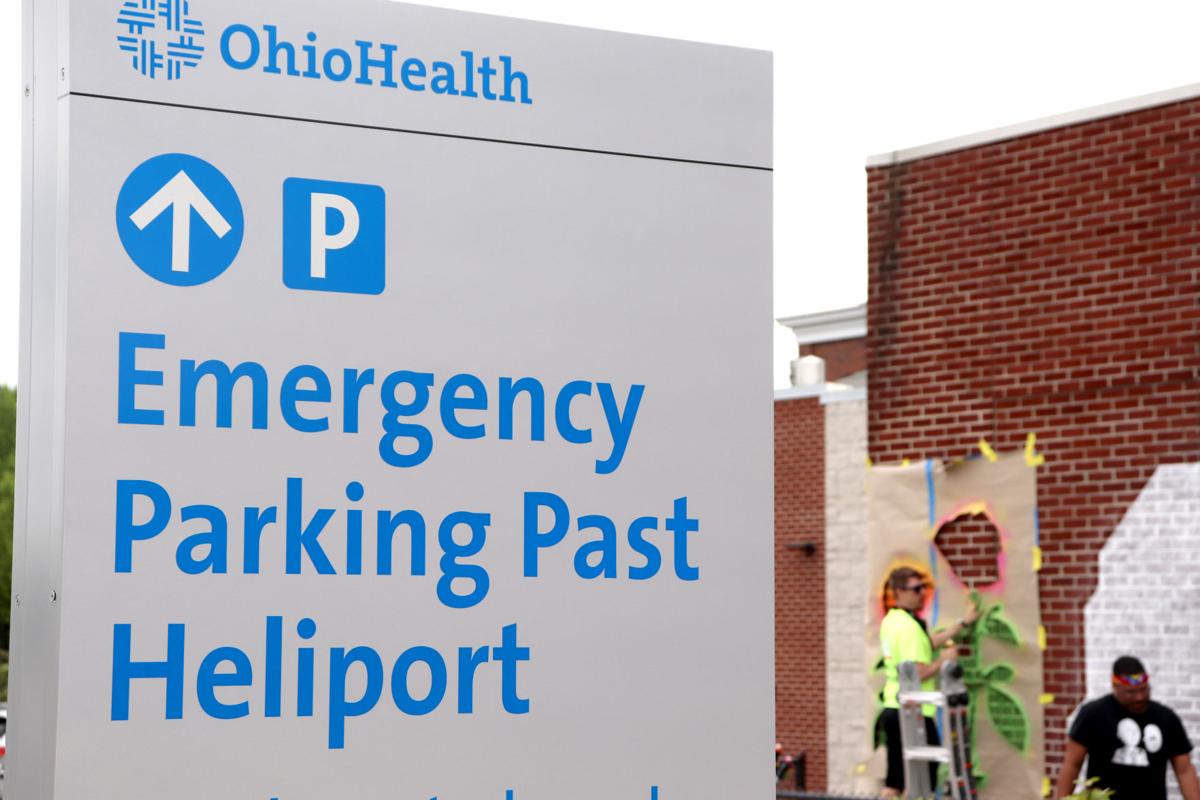 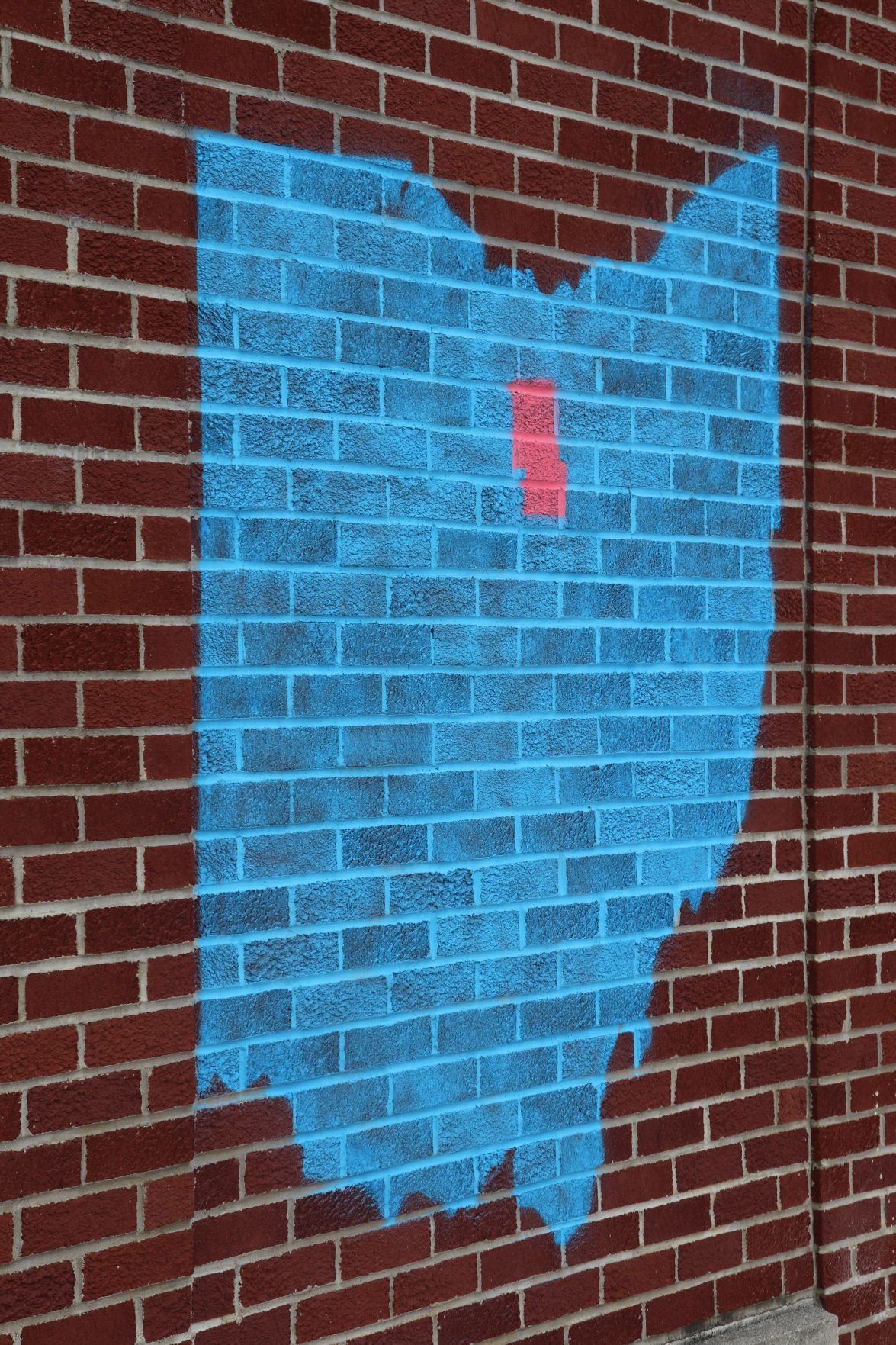 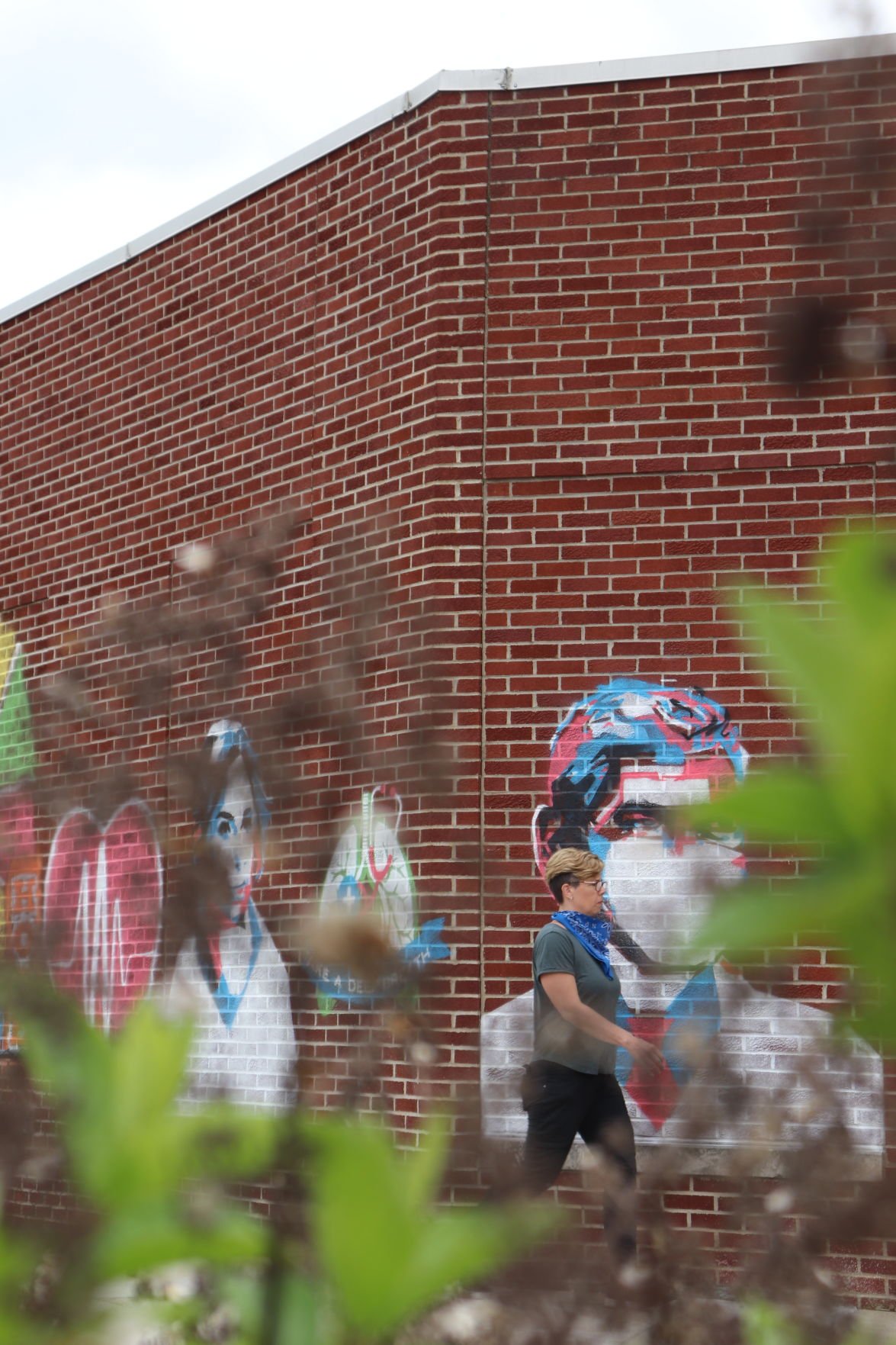 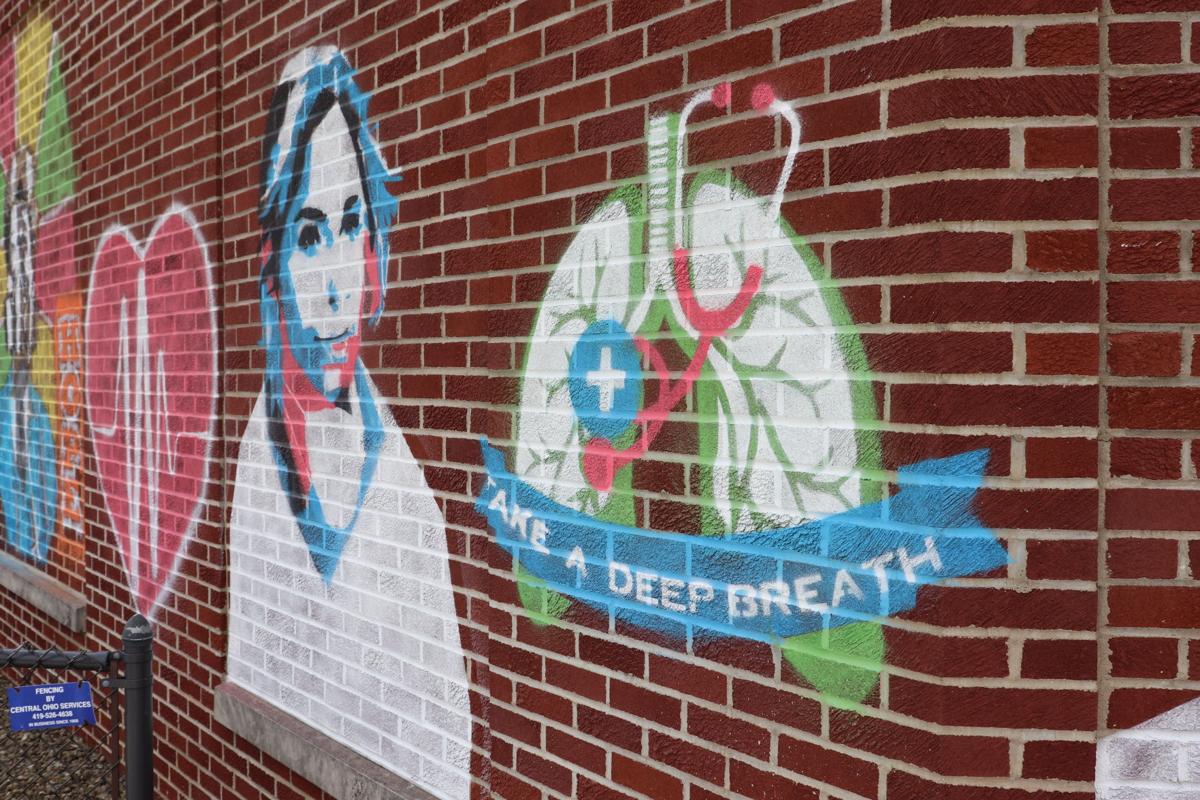 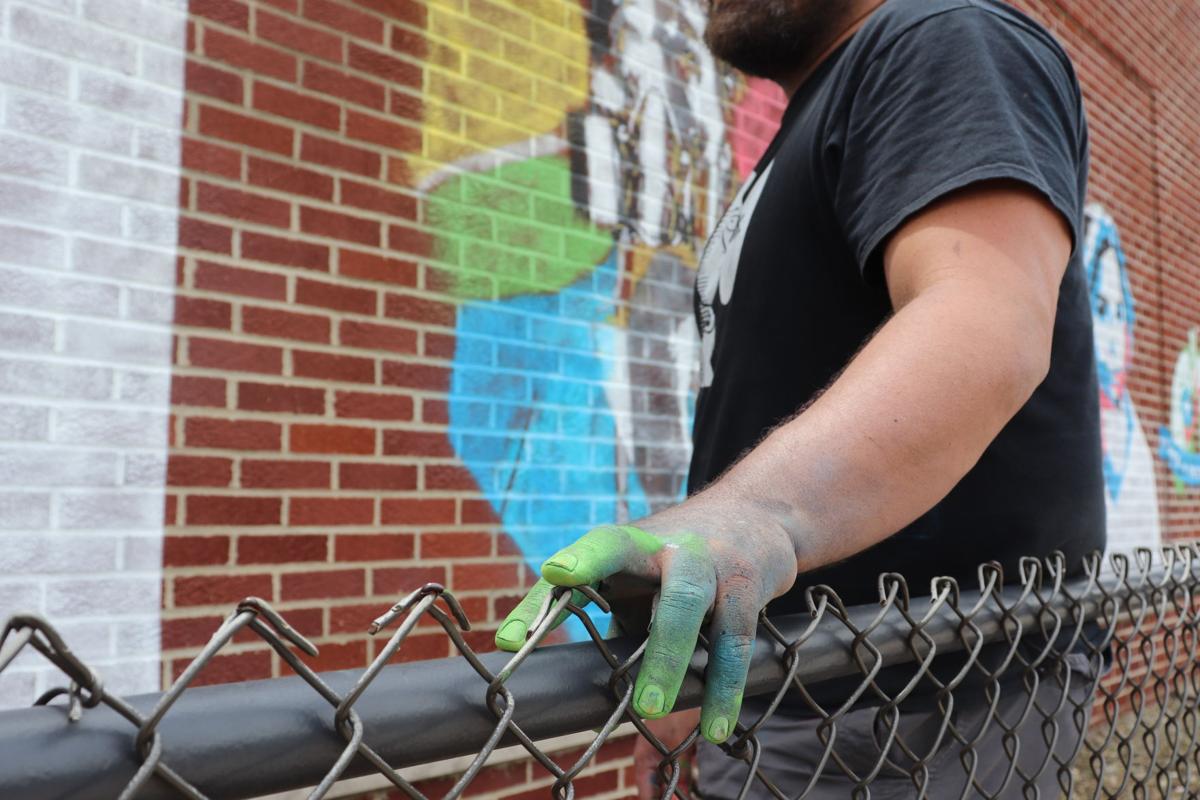 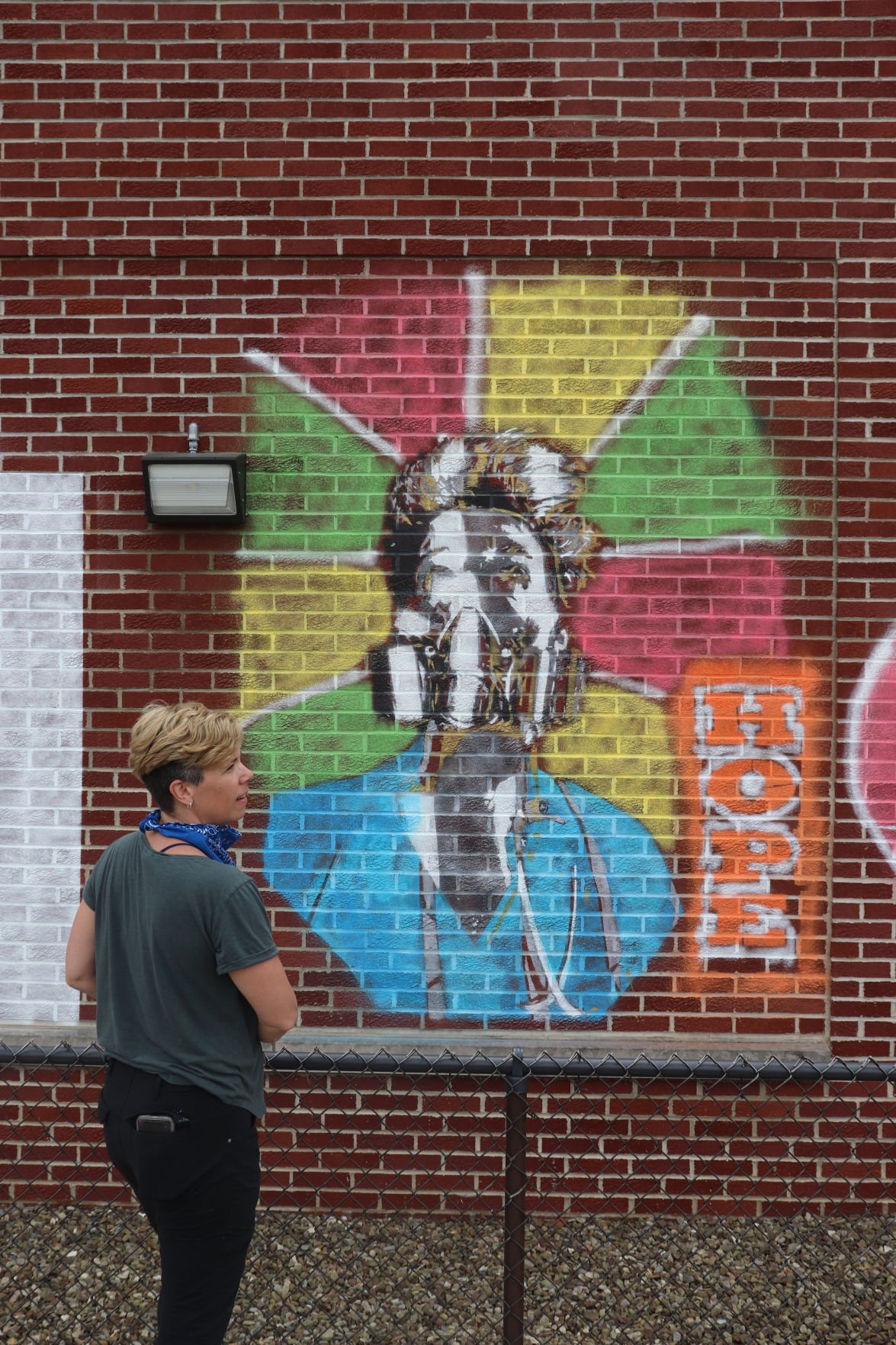 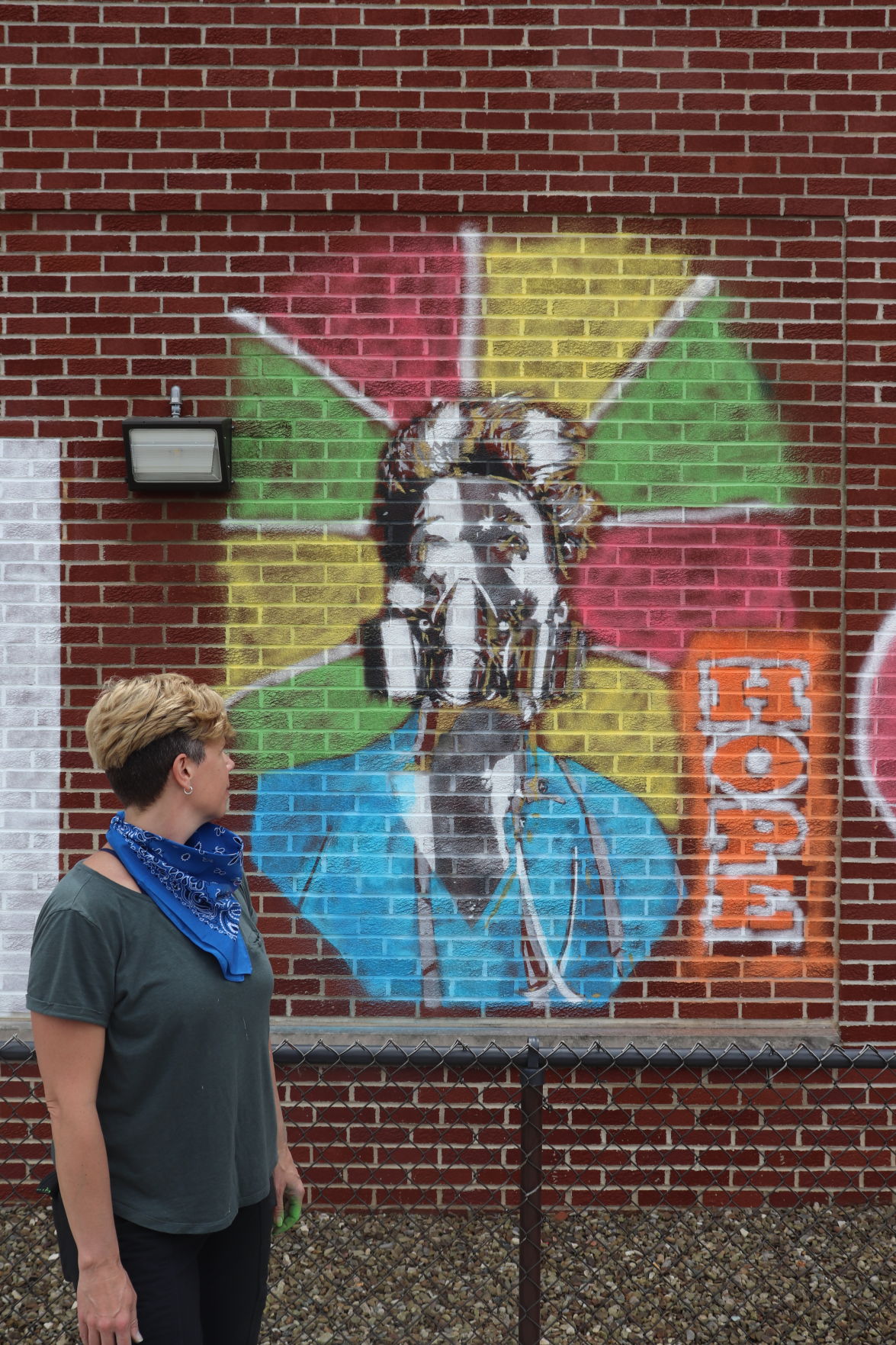 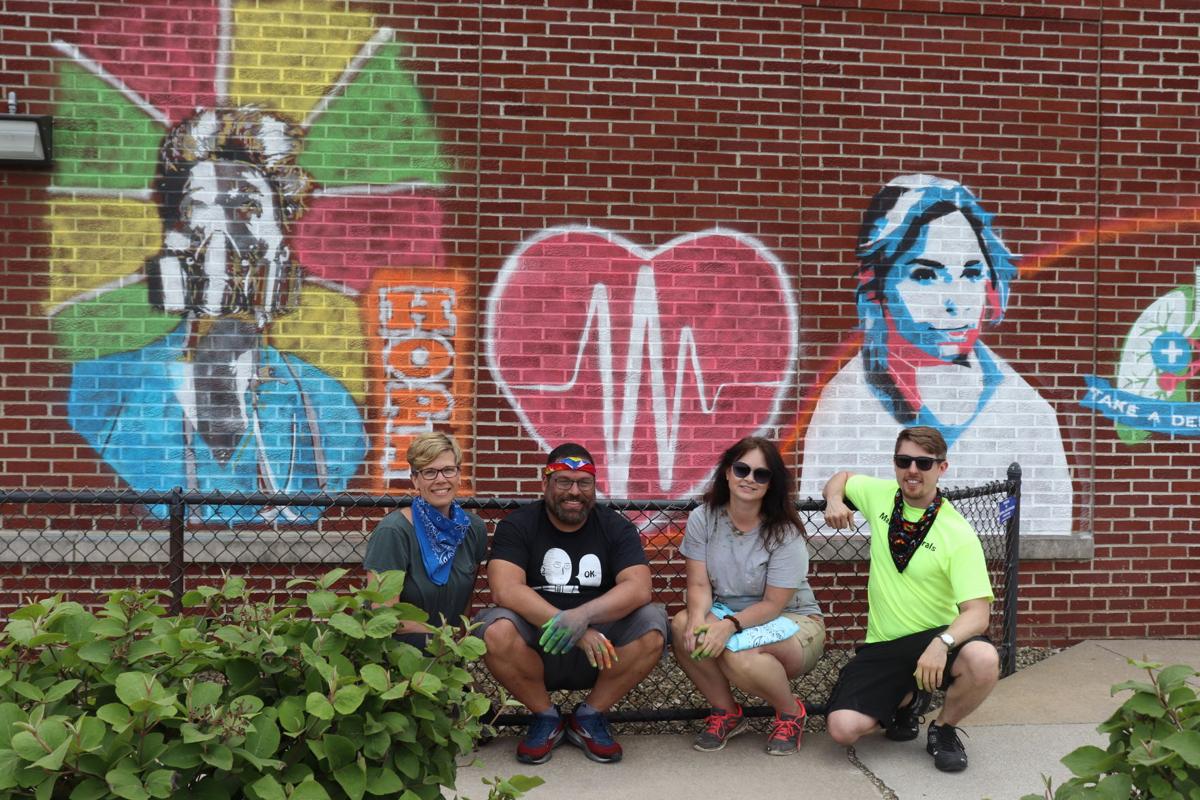 GALLERY: "We Flatten The Curve" mural

Beekman reached out to OhioHealth in mid-April about creating an art installation for the hospital. The project immediately got the green light.

“We were excited at this unique opportunity to show appreciation to our associates and providers as well as thank the community for sacrifices they have made to flatten the curve and stay safe,” said Vinson Yates, president of OhioHealth Mansfield and Shelby Hospitals.

Beekman and other local artists then got to work putting together an artistic concept for the piece. Pre-production took approximately six weeks, with Beekman putting in around 50 hours of work.

"I wanted to do something that told a visual story," he said.

Flattening the curve became a central theme to the piece, paired with large artistic profiles of doctors and nurses in front of a long red line of a flattened curve. The image also includes two large roses, a silhouette of the Mansfield hospital, a heart with an electrocardiogram line, a healthy pair of lungs, and a symbol of Ohio highlighting Richland County.

The wraparound exterior wall design is approximately 8 to 10-feet tall and 60-feet wide, comprised of a stencil and spray paint technique. Over 24 layers, spanning over 576 square feet of stencils, were used to create the massive mural project.

The spray paint technology is a temporary “chalk” spray paint, which will last longer on brick than regular chalk, yet can be removed by power-washing the surface.

"It's chalk spray paint, but it's plaster," Beekman explained. "I did some testing on brick surfaces; since they're more porous, it holds much longer and lasts through weathering. It might last over the next few weeks, time will ultimately tell."

In addition, the stencils were created using a new "wall-drawing robot" called Scribit that created rendered drawings that were then cut by hand to create the stencils. Beekman hopes this new technology paired with the spray paint "chalk" will expand opportunities for public art across Richland County.

Beekman called the mural a celebration of the reopening of Ohio, but with one important caveat.

"We're finally reopening Ohio so the economic impacts will lessen, but we are still in a pandemic," he said. "This is something to celebrate the reopening of Ohio as well as a thank-you to everyone who did their part in helping to flatten the curve."

Mansfield City Council on Tuesday evening will discuss the creation of a Public Art Commission, a group which could help accomplish one of the central goals found in the Mansfield Rising downtown investment plan.