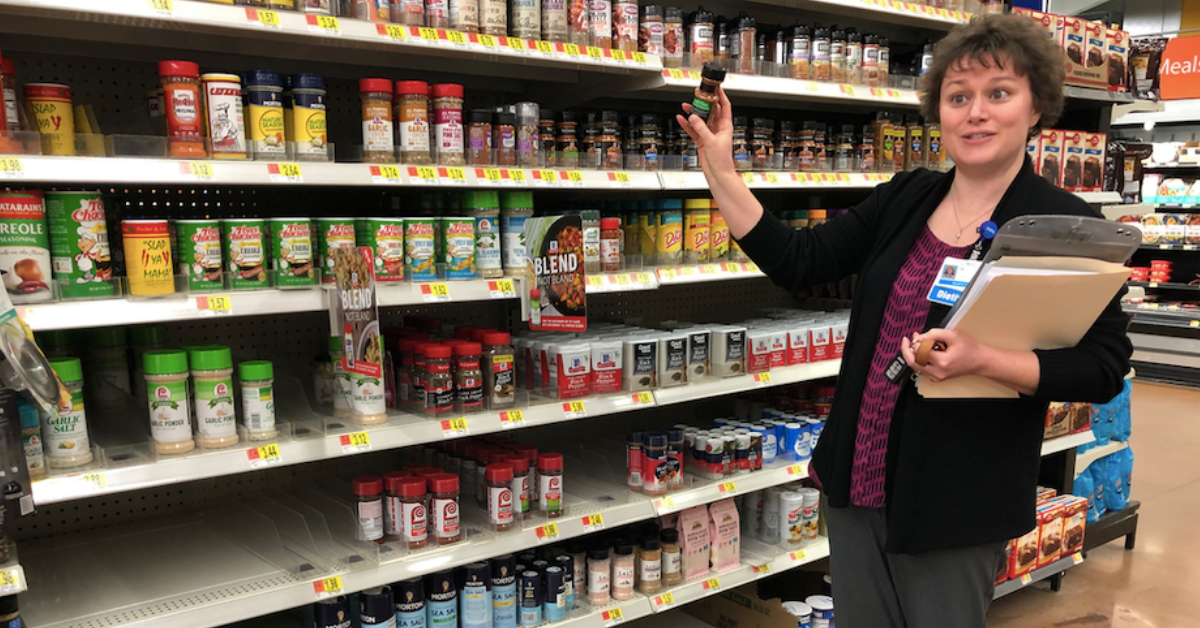 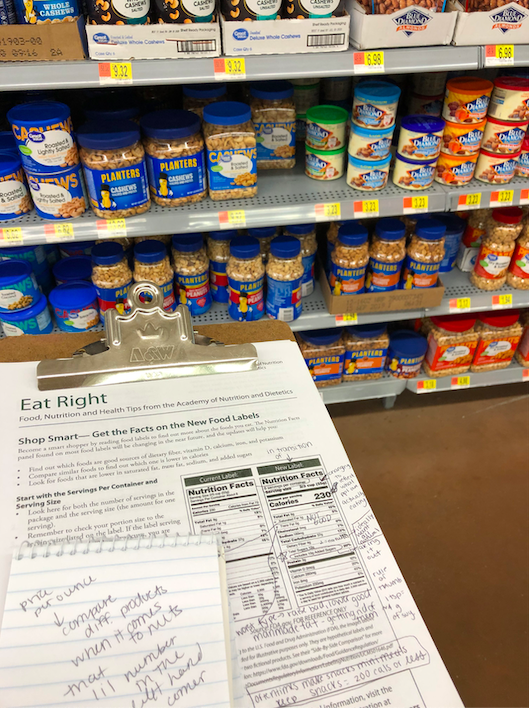 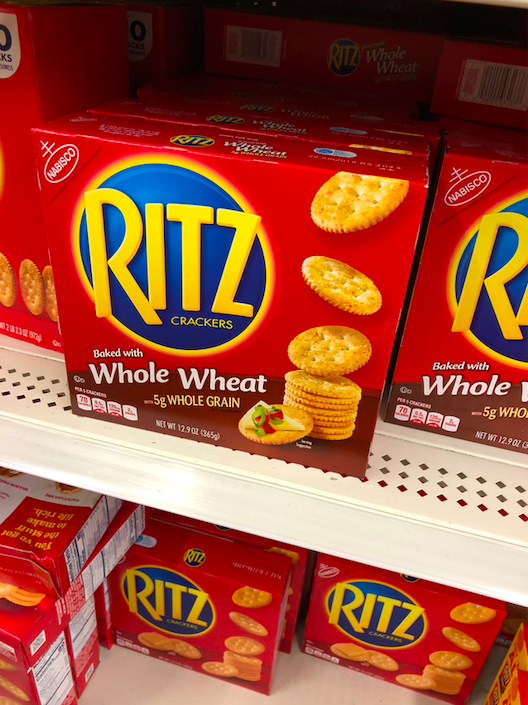 "Baked with whole wheat," it boasts 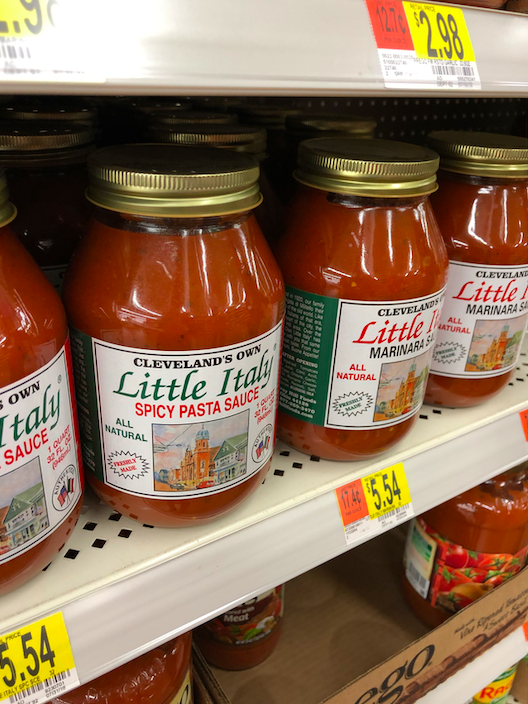 Easy on the salt

The whole process just makes me tired thinking about it.

All this to say, I really don’t like grocery shopping.

So when presented with the opportunity to go on a grocery shopping tour, I was like, mehhh. I don’t know about that.

But OhioHealth’s Healthy Supermarket Tours focus on healthy food choices and how to be a smart shopper when it comes to reading nutrition labels and things like that. And as someone who appreciates and supports healthy living, this piqued my interest.

So I went. And I learned quite a bit — not just about how to know whether bread is really whole grain or not, but also about myself as a consumer.

I tend to shop organic any chance I get. That’s just my personal preference that aligns with my health values.

It was interesting when, during the tour at Walmart, we compared pasta sauces, paying specific attention to the sodium content. I grabbed a jar of Bertolli’s organic olive oil, basil and garlic sauce, and our tour guide/OhioHealth Mansfield Hospital registered dietician Amy Smith picked up a jar of Cleveland’s own Little Italy pasta sauce.

To put this into context, the American Heart Association recommends no more than 2,300 milligrams a day, ideally limiting it to 1,500 milligrams per day for most adults.

Limiting salt-intake is a key component to maintaining a heart-healthy diet, so if that isn’t enough reason to shop local and support “The Land,” I don’t know what is.

I’d like to consider myself a smart shopper in that I generally “shop the perimeter,” which is often where fresh foods like fruits, vegetables, dairy, meat and fish are located, and I do take time to peruse the ingredient list (first making sure there aren’t any carrots or mangos because my husband is allergic, and also making sure it’s not pumped full of sweeteners and artificial ingredients…typically the words I have a hard time pronouncing).

But honestly I never really paid that much attention to things like sodium content because I had no clue whether the amount listed was all that high or not. I mean, saying pasta sauce has 520 milligrams of sodium is like saying it’s 300 kelvin outside. That means absolutely nothing to me.

Something I plan on doing more often, having gotten great practice during the tour, is to play the compare-contrast game with similar foods to determine which items are lower in sodium, saturated fat and added sugars.

I learned that the nutrition facts label on packaged foods is changing. The new label is already appearing on packages even before it is required to be used, according to the FDA.

One of the changes makes it easier to see the amount of added sugars, which ideally should be kept at a minimum.

What’s not so easy to tell, however, is whether a product is truly whole grain or not. Foods that say “multi-grain,” “100 percent wheat,” “high fiber” or are brown in color may not be a whole-grain product.

“You kind of have to play detective,” Smith said.

Hats off to marketing teams that print things like “baked with whole wheat” on the package. That exact phrasing was labeled on a box of Ritz crackers. It even advertised “with 5g whole grain.” But if you look at the ingredients, the first one listed is unbleached enriched flour.

Those sneaky sneaksters at the snack company.

Dietary fiber can help you improve blood cholesterol levels and lower your risk of heart disease, stroke, obesity and even type 2 diabetes, according to the American Heart Association.

I learned some other interesting tidbits on the tour — like what that number in the corner of the price sticker means. For those wondering, it’s the unit price, which tells you the cost per pound, ounce, or other unit of weight of a food package. This can be helpful when comparing similar items of varying size to help determine which one is the best deal.

The OhioHealth Healthy Supermarket Tours are free and are held monthly through November at the Ontario Walmart and the Kroger on Ashland Road. The next one takes place at Kroger on Wednesday, March 20 from 6 to 8 p.m. For more information and to register, call 419-520-2550.

Preventing childhood obesity: What parents can do

Childhood obesity is a major public health concern, as approximately 19 percent of U.S. children (1 in 5) are considered obese, according to t…