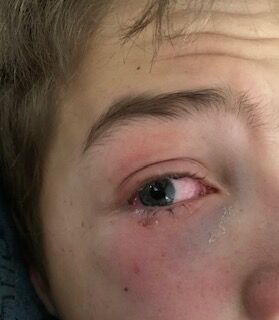 Marcus was hit in the eye with a pitching machine ball in February. 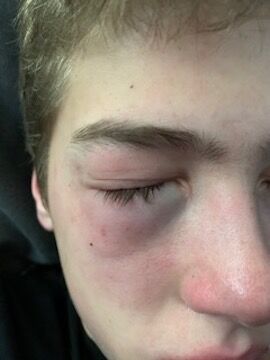 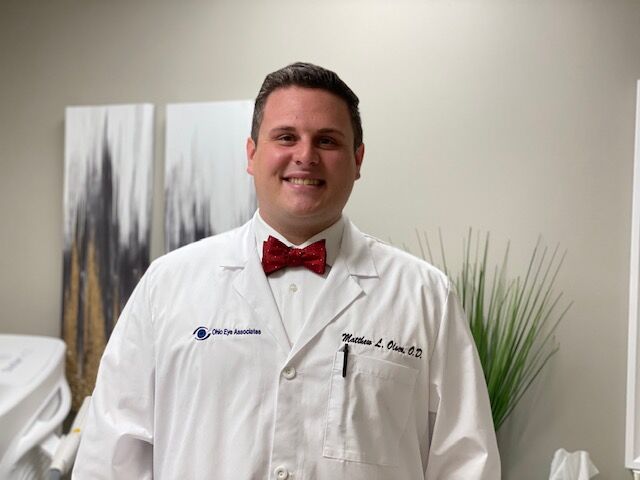 Matthew Olson, OD at Ohio Eye Associates. Being a lifelong resident of Richland County, Dr. Olson believes in the importance of establishing a relationship with his patients and looks forward to providing the community with quality and comprehensive eye care. 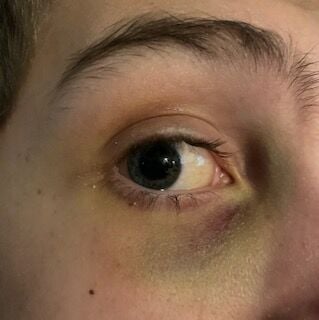 Marcus will have to continue to see the eye specialists each year and be monitored for the rest of his life to make sure that he won’t have any future eye problems such as glaucoma and Choroidal Neovascular Membrane, which can cause significant vision loss.

Author's Note: "Smith" is a pseudonym used to protect the family's confidentiality.

MANSFIELD – For 13-year-old Marcus Smith, being involved in sports means everything. From football to basketball to baseball, he keeps himself busy throughout the school year.

Unfortunately, his involvement came to a screeching halt in February when he was accidentally struck by his twin brother in the right eye with a pitching machine ball.

After making a beeline to his house and finding his mother, Angela Smith, he showed her his watery and swollen eye. Angela knew her son needed to be taken to the eye doctor immediately.

“I was afraid it was his bones that were fractured,” she said. “Just because of what [her sons] told me that they were throwing... It was just concerning because he couldn't open his eye.”

Matthew Olson, optometrist at Ohio Eye Associates, was on call Saturday morning when he got a call saying that the Smiths would be coming in for an emergency eye exam. When they arrived, Olson noticed the bruising around Marcus’s eye along with how much more swollen it had become overnight.

“It was especially tough because I was in here by myself,” Olson said. “Usually I have my support staff and they're helping workup patients... but this time it was just me, and you have to stay calm, you have to kind of be the voice of reason, or at least the calming presence.”

After doing a full exam, Marcus presented with traumatic iritis, an inflammation inside of the eye; retinal hemorrhages: spots of bleeding in the back of the eye; commotio retinae: bruising of the retina from a blunt forced impact; and a choroidal rupture: cracks in the structural integrity of the back of the eye.

Up until the accident, Marcus had perfect 20/20 vision, but after it became 20/50. Hearing about her son’s traumatic injuries concerned Angela to the point where she feared Marcus might lose his right eye.

“I didn't know the extent of his injury. I didn't realize his retina was ruptured, and that was pretty scary,” she said. “I didn't want him to lose his sight, and they said how close it was to the optic nerve, so it was pretty nerve-racking for several weeks.”

Olson’s initial treatment was to put Marcus on topical steroids for inflammation and give him a retina specialist referral for evaluation of choroidal ruptures and hemorrhages.

Marcus had to visit Olson every other day for the first couple of weeks, and there was a consistent change in his eyedrop medication due to the change in his eye pressure. Marcus also became colorblind briefly due to having traumatic optic neuritis (inflammation of the optic nerve due to trauma).

“The swelling around the nerve causes the signal that it sends to the brain to be affected. So, in his injured eye, the color vision was skewed until the inflammation/swelling resolved but his other eye remained stable the whole time,” Olson explained.

Olson sees teens from ages 7 to 19 with sports-related injuries such as black eyes, bruising or cuts, bleeding inside the eye, retinal detachments or blindness. As a former sports enthusiast himself growing up, Olson got into optometry as another way to continue to be involved with sports without actually playing.

In general, most sports-related injuries come from basketball, but Olson’s seen more baseball injuries in his last two years at Ohio Eye.

For two months, the Smiths frequented Ohio Eye until Marcus saw complete resolution of pain, decreased vision and increased pressure. Today he is fully off eye drops and his vision is back to normal.

Marcus will have to continue to see the eye specialists each year and be monitored for the rest of his life to make sure that he won’t have any future eye problems such as glaucoma and Choroidal Neovascular Membrane, which can cause significant vision loss.

“In the immediate, things are resolved for him, but there are possible long-term results from this too,” Olson said.

The Smiths have been going to Ohio Eye Associates since Angela was 12 years old, and she’s remained satisfied with her and her children’s treatment. It also pleases her that several specialists live in Mansfield or travel to Ohio Eye once a week.

“I’m just very thankful that we didn't have to go to Columbus or Cleveland to get the care that we had,” she said. “Because taking the kids out of school, it can be grueling. So, I just liked the fact that they have many specialists in that one building... We’re very thankful, very blessed.

At Ohio Eye Associates, the eye professionals work together to create a circle of care that includes eye exams, treatment of eye diseases, surgeries, and postoperative care. Patients have experts dedicated to achieving the best outcomes at each step in their eye care journey. Call 419-756-8000 to make an appointment.