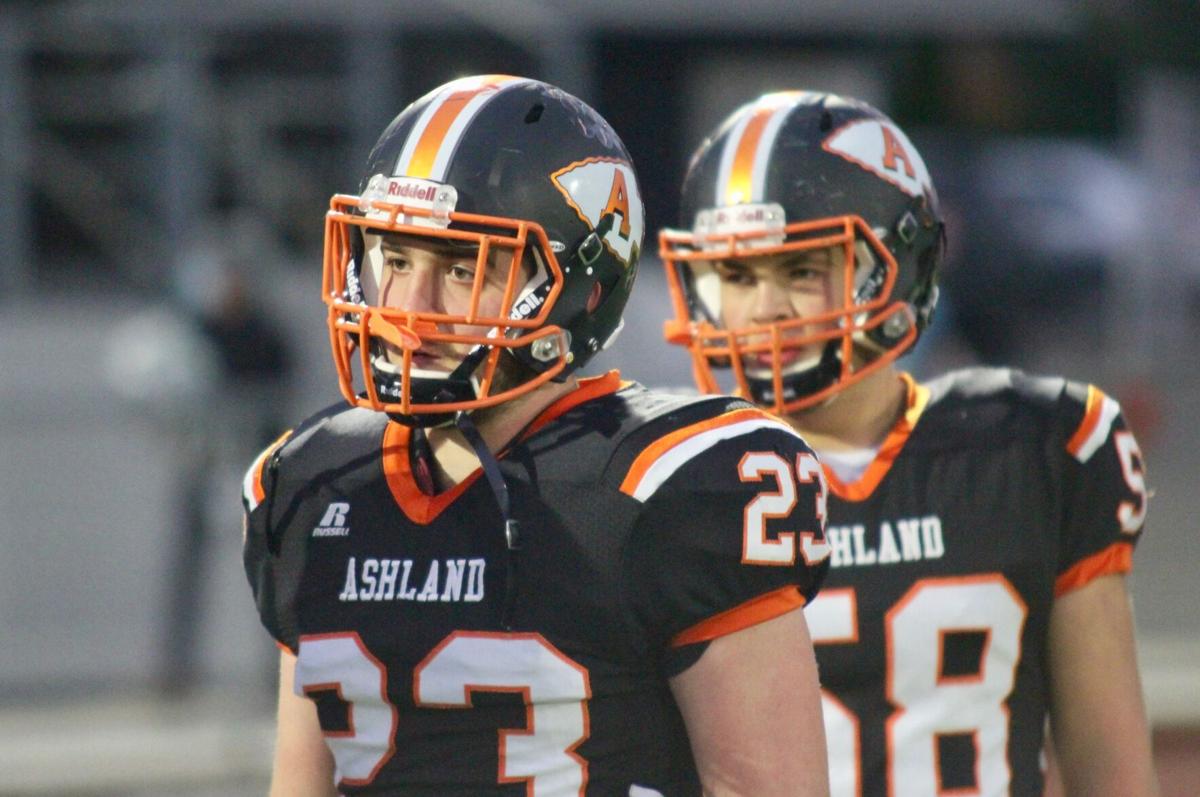 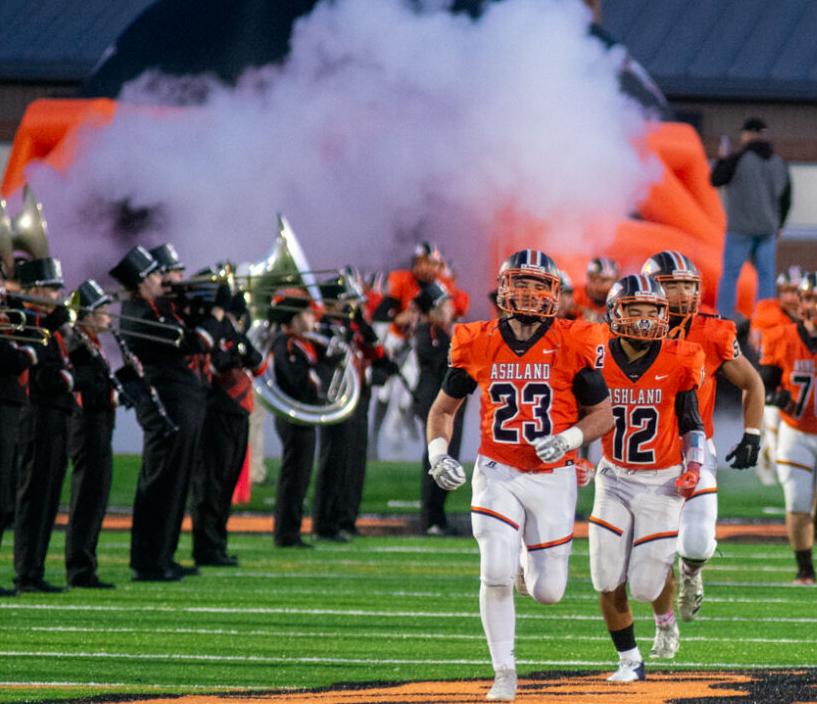 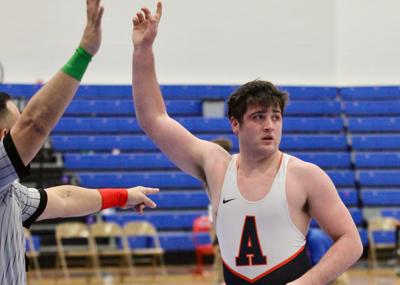 ASHLAND — If Sean Seder could figure out a way to clone Jakob Beverly, he would do it in a minute.

Ashland’s head football and wrestling coach would love to have a locker room or wrestling room full of Beverlys.

Beverly capped his high school athletic career earlier this month with a third-place finish in the 220-pound weight class at the Division II state wrestling tournament at Highland High School. The undersized Beverly wound up on the podium despite giving up anywhere from 10 to 15 pounds to his competitors.

“We told him he was going to see some bigger boys who were put together at 220 so he should try to put on some weight. He told us he might be able to get up to 210.”

Beverly tipped the scales at 213 pounds when he weighed in on opening day of the state tournament. Moreover, he qualified for state as a fourth-place finisher at the Norwalk district meaning he would be paired up with a district champ in his state tournament opener.

Beverly wrestled well in his opening-round match against St. Clairsville senior Reese Skaggs, but suffered a 5-4 loss. That sent him to the consolation bracket on the first day of the tournament.

“I didn’t really get down on myself because I knew the kid was tough,” Beverly said. “After that match I knew I had to keep wrestling hard and keep winning.”

And win he did. Over the course of the two-day tournament, Beverly won five consecutive matches to finish third. Along the way he pinned projected state runner-up Kenny Marra of West Branch in the consolation semifinals and Indian Creek’s Elijah Llewellyn (projected third) in the consolation finals.

“Jakob taking third in the state as an undersized 220-pounder really just goes to show how fearless he is,” said Ashland athletic director Jason Goings, who had a ringside seat for Beverly’s state tournament run. “I remember asking him if he was going to cut to 195 for tournaments and he told me no. I said, ‘Really? I thought you would.’ His response was, ‘I ain’t ever scared.’ ”

Beverly finished the season with a record of 49-8, with two of those losses coming at the Norwalk district. He fell to Akron St. Vincent St. Mary’s Bryson Getz in the winner’s bracket semifinals and again to Shelby’s Carson Ingram in the consolation finals.

“I felt like I should have won that district,” Beverly said. “Getting fourth left a bad taste in my mouth.”

The path Beverly navigated to the third step of the state podium is the most arduous a wrestler can take. Losing in the first round is usually the recipe for an early exit.

“We joked with him that he really wanted to earn his state podium,” Seder said. “We told him he could have wrestled better at the district to get a better draw for the state tournament but instead he took fourth. Then after that he lost his first one at state and had to battle all the way back. Maybe he wanted extra matches.

“If there is any tournament he decided to turn it on, I’m glad it was at the state tournament.”

In his final two seasons, Beverly was a combined 90-14. He qualified for state as a junior at 182 pounds before the 2020 state wrestling tournament was canceled because of the ongoing coronavirus pandemic. He finished with 164 career victories.

Earning All-Ohio recognition is nothing new to Beverly. He was a Division III All-Ohio first team linebacker in the fall as the Arrows shared the Ohio Cardinal Conference championship with Wooster and reached the regional semifinals.

In 10 games, Beverly recorded 159 tackles. He made 18 stops in a season-opening 19-18 win over Division I Berea-Midpark and had 17 tackles and an interception in a Week 3 win over Madison. Beverly led the Arrows with 12 tackles for loss and five sacks.

“It’s kind of cliché but he’s that blue-collar, bring-your-lunchpail-to-work kind of kid,” Seder said. “He was our middle linebacker and if you said, ‘I want you to run through that wall,’ he would say, ‘OK.’ He brought that mentality to football and wrestling.”

“What distinguishes him on the football field and on the wrestling mat is his toughness,” Goings said. “Coaches talk about being tough and athletes know they need to show it in those two sports, but Jakob walks it. He’s not a rah-rah guy. He doesn’t talk about what he’s going to do, he just goes out there and drops the hammer.”

Replacing Beverly on the football field and in the wrestling room won’t be easy.

“I wish I had a whole room full of kids like Jakob Beverly,” Seder said. “We actually joked with him about that after the state wrestling tournament. We said we might not be the fastest team in the area, but we would come hit you and you wouldn’t want to keep going.

“Not too many coaches would complain about that.”