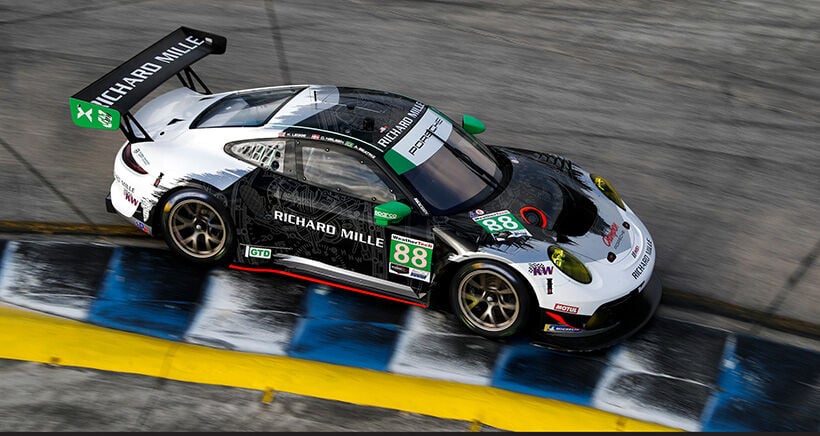 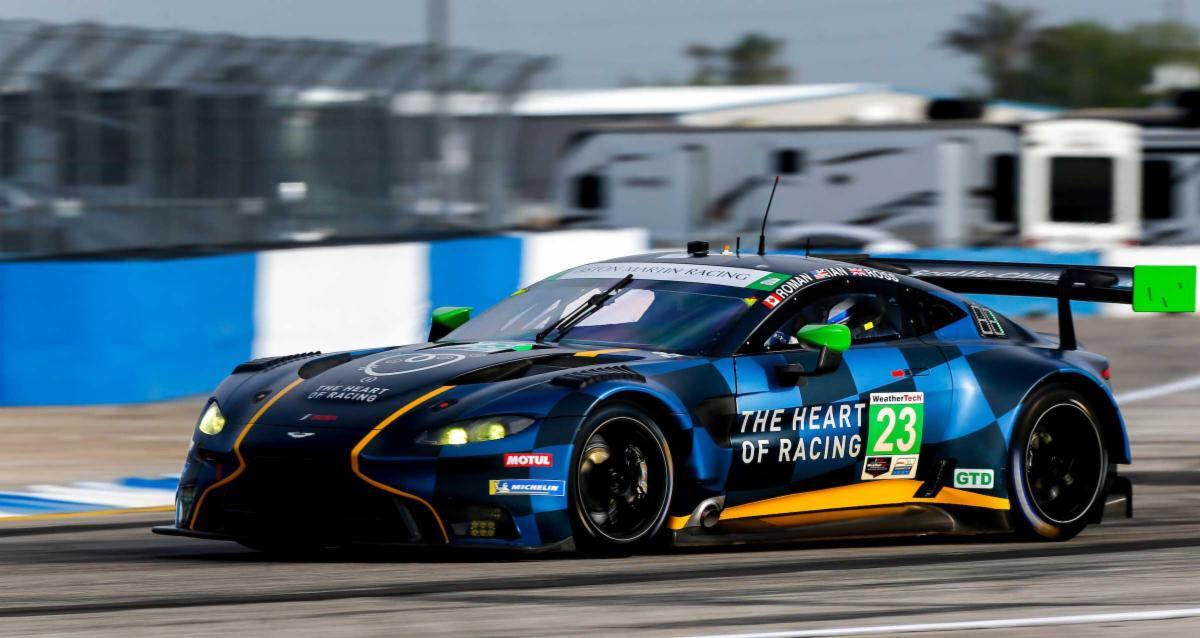 Ross Gunn will be the fulltime teammate of Roman De Angelis in the team’s No. 23 Aston Martin Vantage GT3. 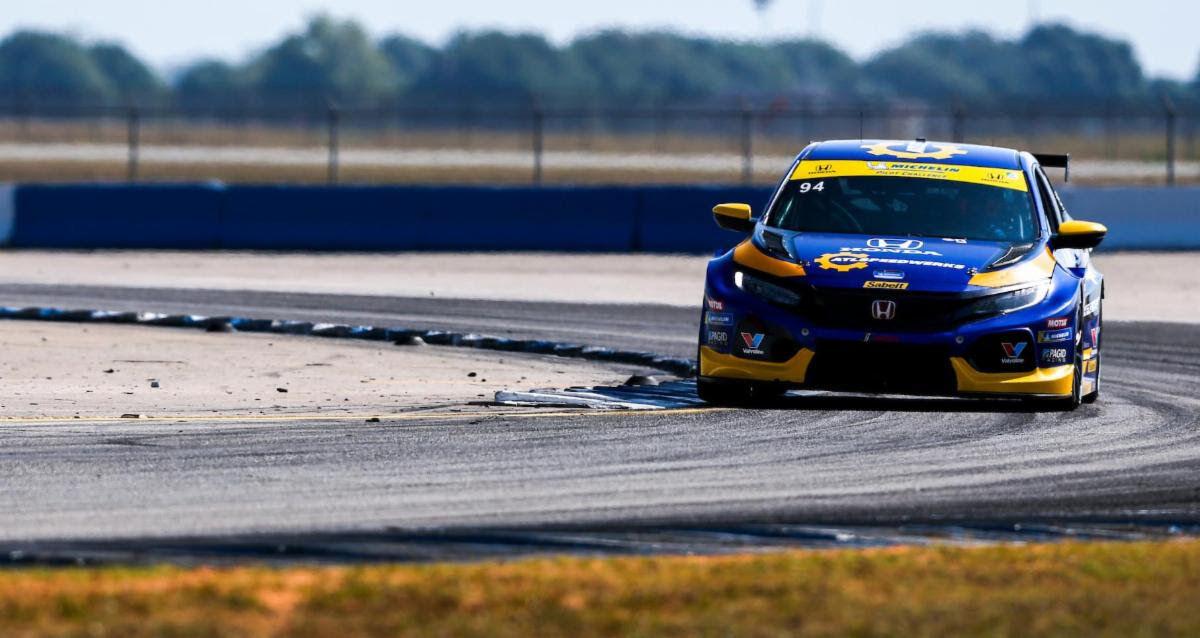 Scott Smithson will make his IMSA Michelin Pilot Challenge debut when he teams with Ryan Eversley to drive the No. 94 Atlanta Speedwerks Honda Civic FK7 TCR in the Mid-Ohio 120.

The newly formed team, owned by Ferriol and Earl Bamber, ran a single car in the 2021 IMSA WeatherTech SportsCar Championship opener, the Rolex 24 At Daytona, before expanding to two GT Daytona (GTD) entries in March at the Mobil 1 Twelve Hours of Sebring Presented by Advance Auto Parts.

The second entry was intended to run the remainder of the season with Legge and Christina Nielsen in the all-female lineup, but a delay in finalizing sponsorship for the car forced the reduction to one car for Mid-Ohio.

Ferriol and Legge will co-drive the No. 88 Richard Mille/Champion Porsche/GridRival Porsche 911 GT3 R at Mid-Ohio. They drove the No. 88 along with Bamber and Nielsen at the Rolex 24. Bamber and Ferriol then shifted into the second team entry, the No. 99 Porsche, for Sebring but that car has been put on hold.

“When I committed Team Hardpoint EBM to the Women’s Initiative program, I did it because I believed in the merits of the program, what it means for the next generation of drivers and what it means for the sport as a whole,” Ferriol said. “As we continue to work through Year 2 of COVID, some of the outside commitments we expected to have in place have not fully come to term.

“That said, with key support from Richard Mille and Champion Porsche, we’ve decided the best demonstration of our commitment to those merits is to keep Katherine in the car fulltime while we continue to work toward funding the (No.) 88 as an all-female entry for the remainder of the season.”

Legge, who finished fifth with Nielsen and Bia Figueiredo in the No. 88 at Sebring, currently sits ninth in the GTD drivers’ championship, with Ferriol in 11th. The drawdown to a single car for Mid-Ohio takes both Bamber and Nielsen out of the first IMSA WeatherTech Sprint Cup race of the season.

“This was not an easy decision,” Ferriol said. “Earl remains a significant part of our team, both on and off track, and I was really looking forward to our first Sprint Cup race together. Likewise, after such an exciting performance at Sebring, I hate to pull back on the momentum created by Katherine, Christina and Bia with their near miss of the podium.”

Legge remains focused on her quest to inspire more women to choose a career in motorsports.

“Due to COVID, these are bizarre times in racing, and as such you have to adapt,” Legge said. “We are really grateful to Rob, Earl and Team Hardpoint EBM for helping with this hiccup, and whilst I will miss Christina and Earl in Mid-Ohio, I’m sure they will be back on track with us soon, and I will just focus on getting the best result possible for the team.

"We will continue to work with the stakeholders on putting all the jigsaw pieces in place for the remainder of the season.”

Heart of Racing adds Gunn for rest of 2021 season

The Heart of Racing Team confirmed that Aston Martin factory driver Ross Gunn will be the fulltime teammate of Roman De Angelis in the team’s No. 23 Aston Martin Vantage GT3 for the rest of the IMSA WeatherTech SportsCar Championship season.

Gunn, 24 from High Wycombe, England, had served as the endurance-race driver for Heart of Racing in the opening two rounds this season, but will swap roles with Ian James, the team principal who teamed with De Angeles for the 2020 GT Daytona (GTD) season.

The trio is coming off a third-place finish in the Mobil 1 Twelve Hours of Sebring Presented by Advance Auto Parts and sit third in GTD points, 41 behind the leading No. 16 Wright Motorsports Porsche. The No. 24 Aston Martin also finished fifth in the season-opening Rolex 24 At Daytona and completed the 2020 campaign with a runner-up result at the Twelve Hours of Sebring.

The No. 23 Heart of Racing entry is among 14 in GTD for this week’s Acura Sports Car Challenge Presented by the TLX Type S at Mid-Ohio Sports Car Course. It also marks the first race of IMSA WeatherTech Sprint Cup competition for the GTD class.

Scott Smithson will make his IMSA Michelin Pilot Challenge debut when he teams with Ryan Eversley to drive the No. 94 Atlanta Speedwerks Honda Civic FK7 TCR in the Mid-Ohio 120 at Mid-Ohio Sports Car Course this week. Smithson has previous TCR experience in a Honda Civic in the TC America series, where he won three races last season.

“I’m excited for the opportunity to co-drive with Ryan Eversley and run with Atlanta Speedwerks this season,” Smithson said. “I feel that Ryan and I will be a great team and look forward to learning all I can from such a successful, experienced driver.”

Eversley drove with Greg Strelzoff in the first two Pilot Challenge races this year, with a best finish of second at Daytona International Speedway in the four-hour BMW Endurance Challenge. They currently sit second in Touring Car (TCR) points, 20 out of the lead.

“Scott is going to be a great addition to our (No.) 94 Honda Civic TCR, which was already going to be strong at the Acura Sports Car Challenge at Mid-Ohio,” Eversley said. “Scott was really quick right out of the box last year in a Honda Civic TCR.

"Our focus is the same no matter who I co-drive with. We’re going to work hard to make sure that holds and keep these championship efforts rolling along.”