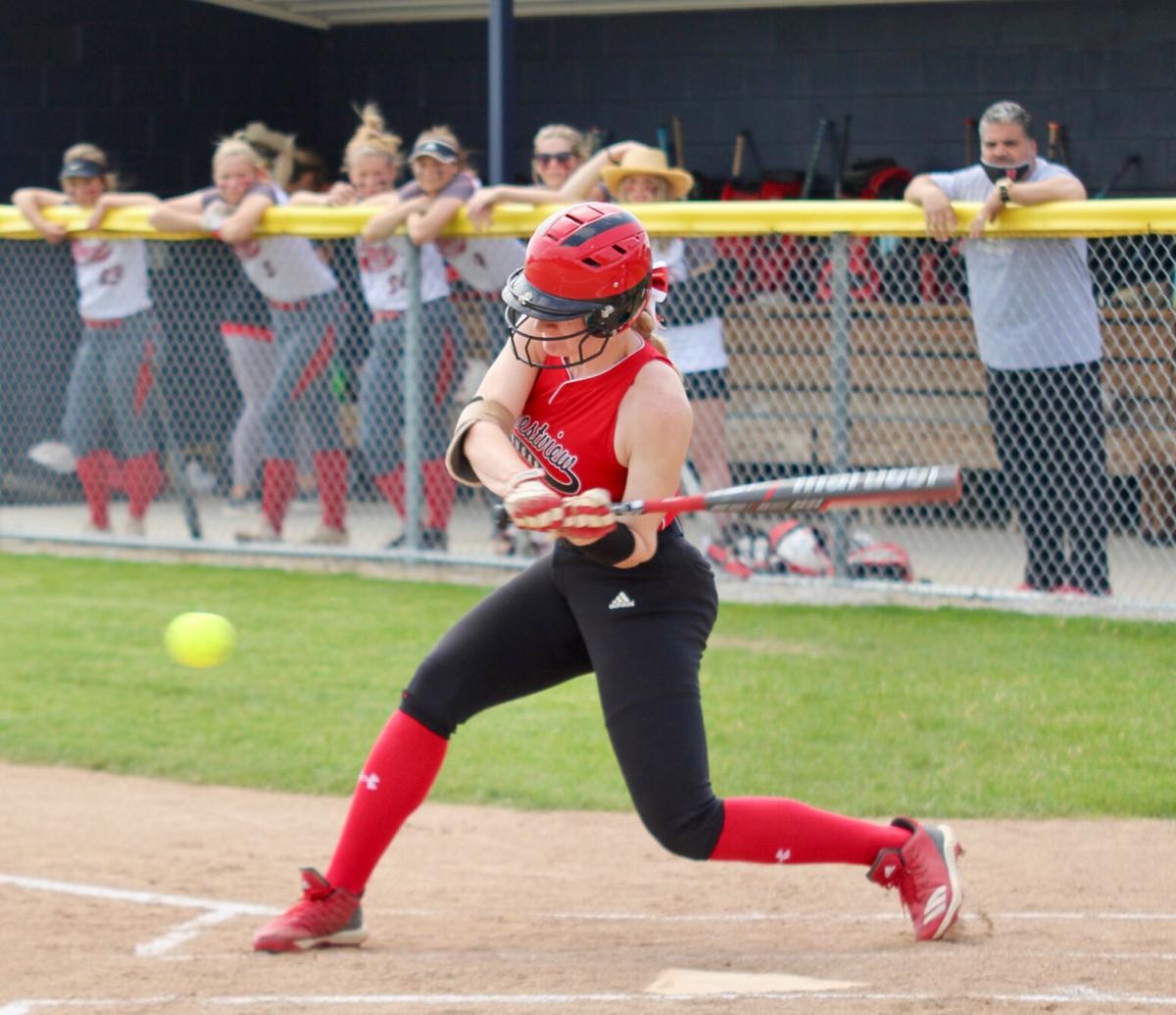 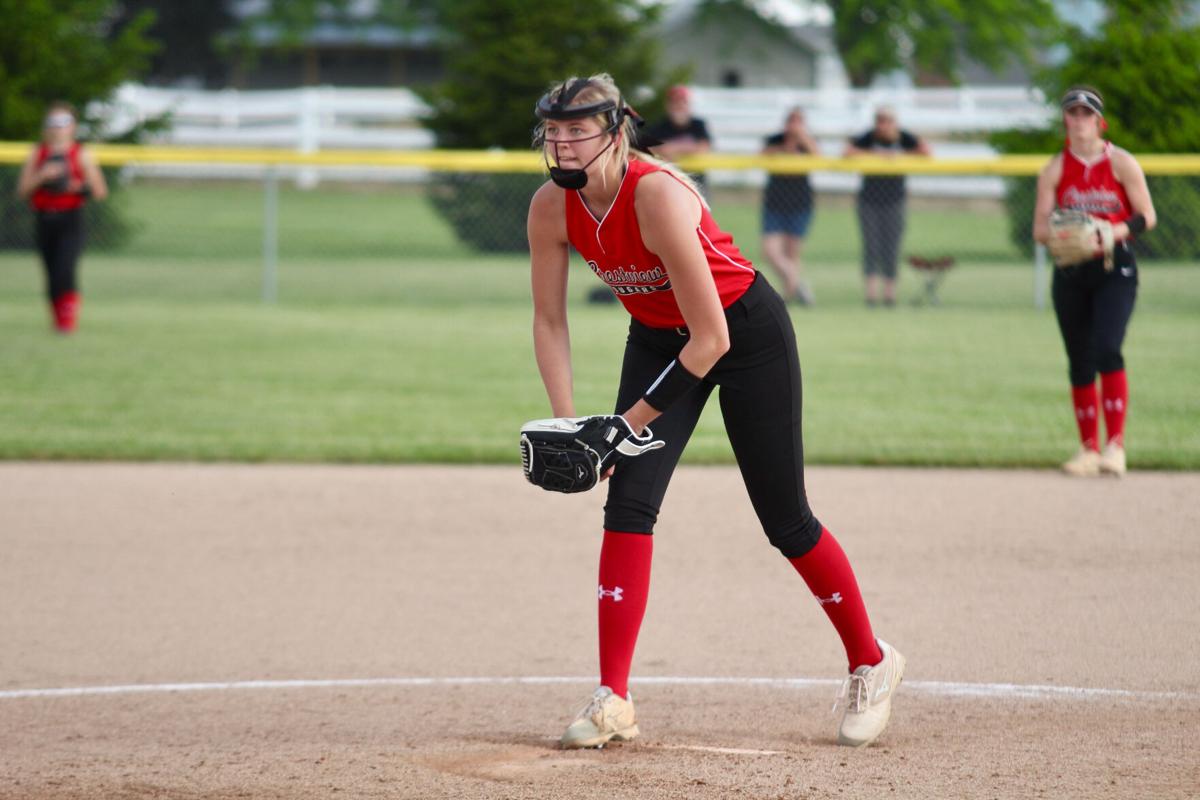 Crestview's Kylie Ringler prepares to deliver to the plate during a Division III district semifinal game against Huron at New Riegel.

Senior Autumn Bailey was selected the Firelands Conference Player of the Year and classmate Kylie Ringler was the Pitcher of the Year when the All-FC teams were released earlier this week.

Plymouth’s Junior Irven was selected the conference Coach of the Year.

The Akron University-bound Bailey batted a lofty .598 with 13 doubles, four triples and four home runs. She scored a jaw-dropping 50 runs while knocking in 22 and was a perfect 26-for-26 on stolen base attempts.

Ringler, who will pitch for Kent State next year, was 21-2 with 311 strikeouts and a microscopic 0.28 earned run average in 147.2 innings of work. She twirled five no-hitters and threw two perfect games.

Bailey and Ringler were joined on the FC first team by teammates Mary Leeper and Sophie Durbin. Leeper batted .395 with five home runs and 27 RBIs, while Durbin hit .402 with four home runs and 23 RBIs.