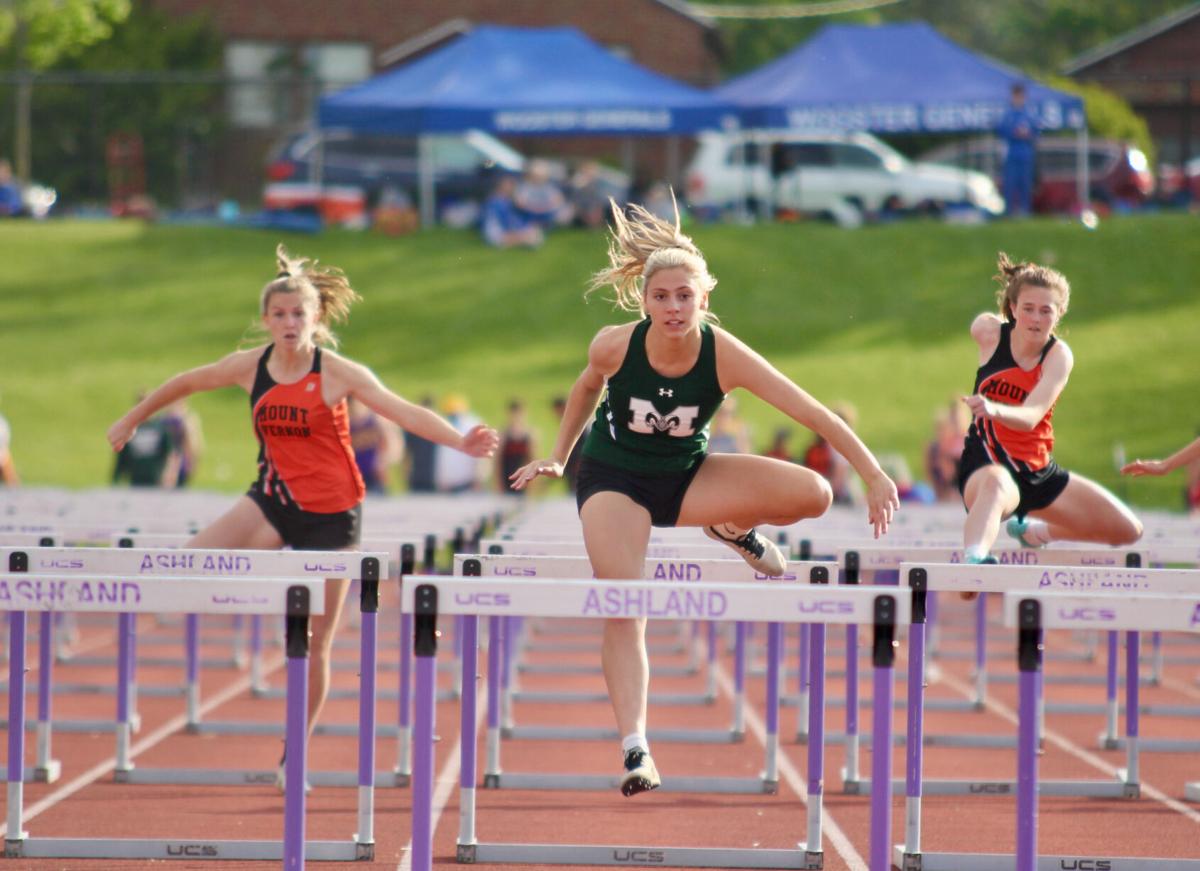 Madison's Kari Eckenwiler clears a hurdle on her way to a win in the 100 meter hurdles during Friday's Ohio Cardinal Conference meet at Ashland University's Ferguson Field. 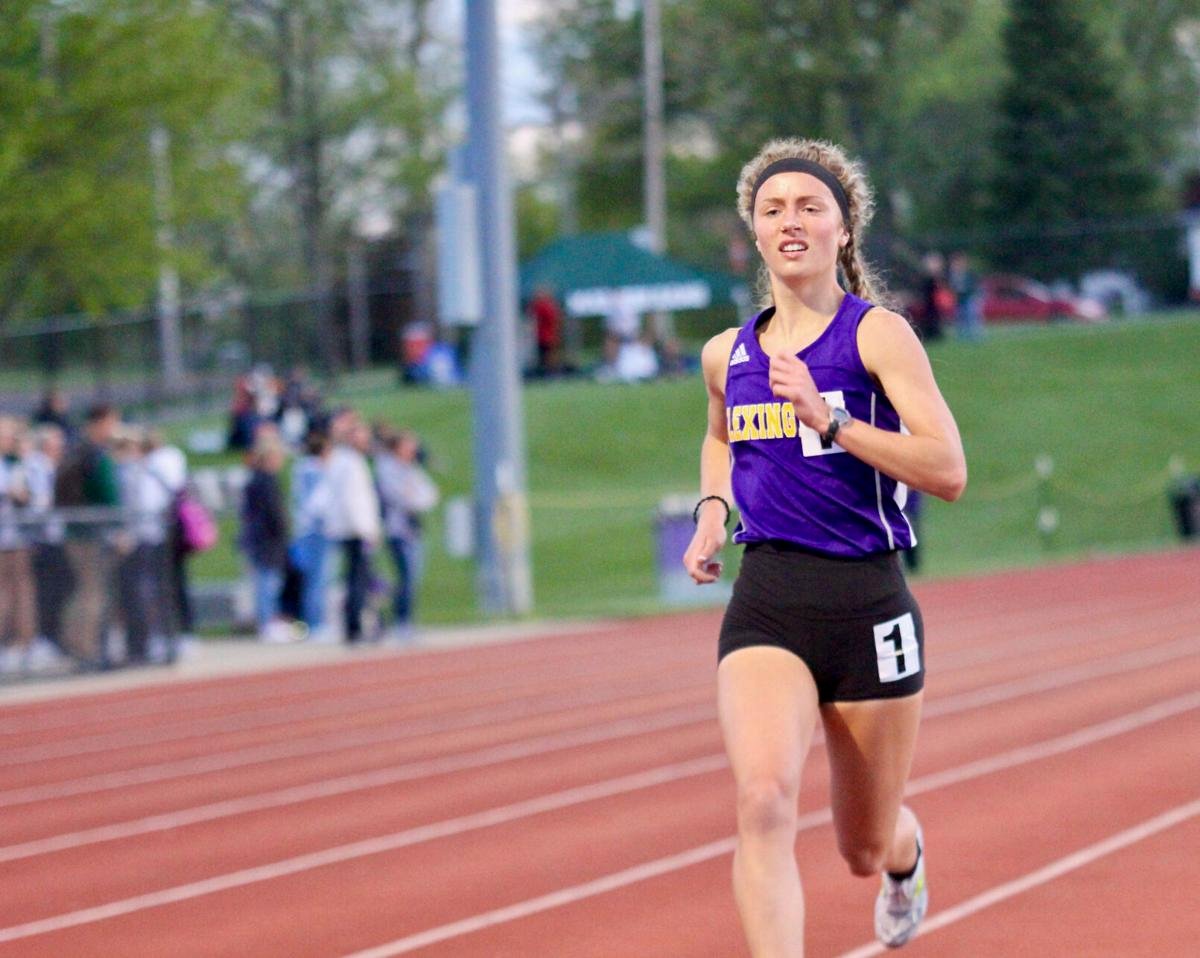 Lexington's Halle Hamilton nears the finish line in the 3,200 meter run during the Ohio Cardinal Conference meet at Ashland University's Ferguson Field. Hamilton won a Division I district title in the 3,200 Saturday at Findlay High School.

FINDLAY — Lexington and Madison duked it out Saturday afternoon during the final day of the Division I district track meet at Findlay High School.

Lady Lex swept the distance events and finished runner-up in the final team standings with 99 points. The Rams flexed their muscle in the sprints and finished third with 89.

Joanna Halfhill got things started for Lexington, winning the 1,600 meter run in 5:13.68. Lily Weeks followed suit with a victory in the 800 (2:19.20) and was followed across the line by teammate Elyana Weaver (2:23.35). Halle Hamilton completed the trifecta by coasting to victory in the 3,200 in 11:44.73, more than 30 seconds off the stadium-record time she set in 2019 but still more than 16 seconds ahead of runner-up Kelsie Weingart of Tiffin Columbian.

The top four finishers in each event qualified for next week’s regional meet in Amherst. The meet begins Wednesday and concludes Friday.

Ethan Staley can finally focus on the pole vault now that baseball season is over. That’s bad news for the rest of the vaulters around the state.