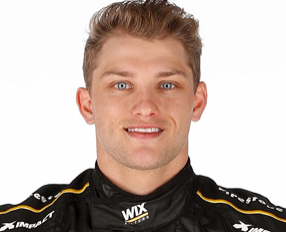 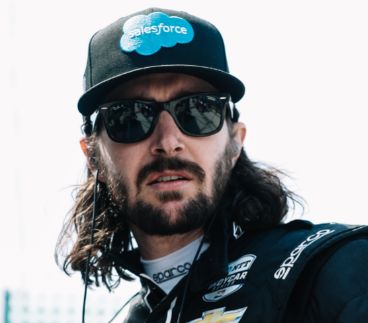 LEXINGTON -- Less than two weeks removed from the 103rd running of the Indianapolis 500, Andretti Autosport and Dreyer & Reinbold Racing will also field cars in the Cooper Tires ARX of Mid-Ohio, June 8 and 9.

Mid-Ohio Sports Car Course is the site of the season-opening round of the Americas Rallycross (ARX) series which these two teams will be competing with multiple entries.

After competing for Dreyer & Reinbold Racing (DRR) in the Indy 500 last month, J.R. Hildebrand and Sage Karam both return to the driver’s seat for DRR again, but this time the racing will be on the asphalt, dirt and air of Mid-Ohio’s purpose-built 0.761-mile rallycross course. Hildebrand makes his ARX debut with the same team who gave him his very first Indy car start also at Mid-Ohio in 2010.

“Can't wait to jump in the ARX2 car with DRR,” said Hildebrand, driving the No. 48 WIX Filters with Mecum Auctions ARX2 car. “I had a lot of fun briefly testing the car after the Indy test a couple months ago and am excited to learn as much as I can this weekend in Mid-Ohio. DRR's track record is extremely good in these cars, so I'm looking forward to tackling it with them.”

“It’s funny. I really enjoy running at Mid-Ohio. It’s a great track. But I haven’t had great luck there in Indy Lights and IndyCar. I am looking forward to coming to Mid-Ohio for the ARX Rallycross weekend,” shared Karam, driver of the No. 24 WIX Filters with ISMI Springs ARX2 car. “It’s my first ARX races with the No. 24 WIX Filters car. I have been able to test the car and it is a blast.

"Now, I have never raced in dirt before so that will be a little different. But I’m very anxious to jump in the No. 24 on Saturday morning for that first practice. It’s a big jump from the Indy car at the Indy 500 to the small, lightweight ARX2 machine at Mid-Ohio. But I know I’m up for the challenge.”

The on-track action of the Cooper Tires ARX of Mid-Ohio begins on Saturday at 9:15 a.m. with practice for all three ARX classes: ARX, ARX2, and ARX3. However, the excitement of the race weekend gets started June 6 with the Mid-Ohio Rallycross Party at The Phoenix Brewing Company (131 N. Diamond St., Mansfield, OH 44902) from 4 to 7:30 p.m.

The event is open to the public. ARX Rallycross cars will be on display, and drivers will be available for a meet and greet and answer questions about ARX.

Mid-Ohio Sports Car Course offers an exceptional family value. Children 12 and under are admitted free (not the grandstands) when accompanied by a ticketed adult, plus free parking is available.

Weekend General Admission is $60, and Grandstand seating is $80 ($5 additional for tickets purchased at the gate.). Garage access is free for all spectators during the Cooper Tires ARX of Mid-Ohio to get an up close view of the cars and interact with the drivers. Visit midohio.com or call 419-884-4000, 8:30 a.m.-5 p.m. ET, to purchase tickets in advance.

Rossi hoping for repeat IndyCar win at Mid-Ohio this weekend

The Louisville Slugger Museum & Factory will hit the road with an interactive baseball experience, created exclusively for fans attending the 2020 Tribe Fest Feb. 1 at the Cleveland Convention Center.

ASHLAND -- Bob DiBiasio, senior vice president of public affairs for the Cleveland Indians, will be sharing in Ashland his take on the Tribe’s 2020 fortunes the day before he heads to Arizona for spring training.