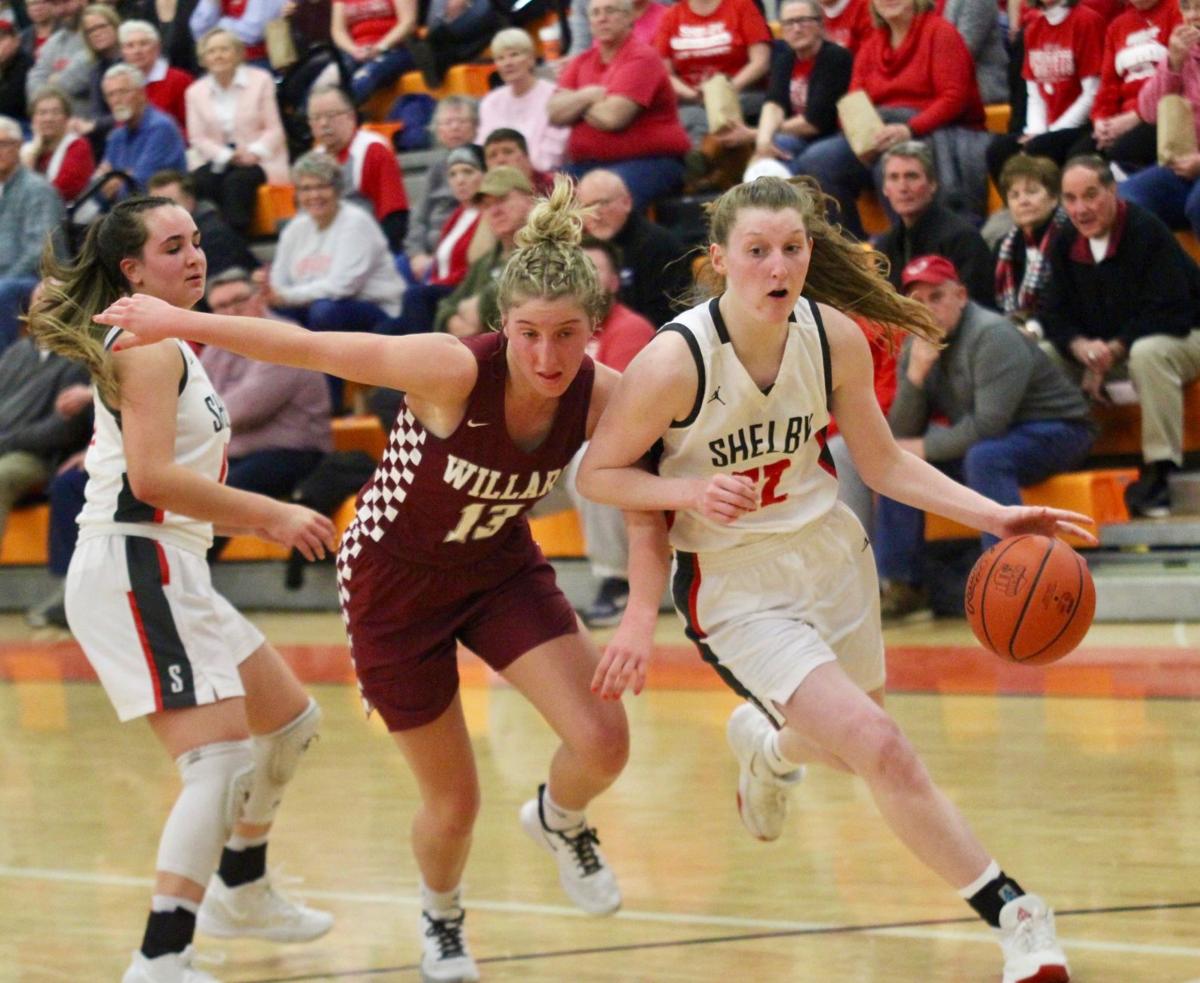 Shelby's Emma Randall drives past Willard's Mckenna Stephens during the second half of the Division II district semifinals at Ashland's Arrow Arena. 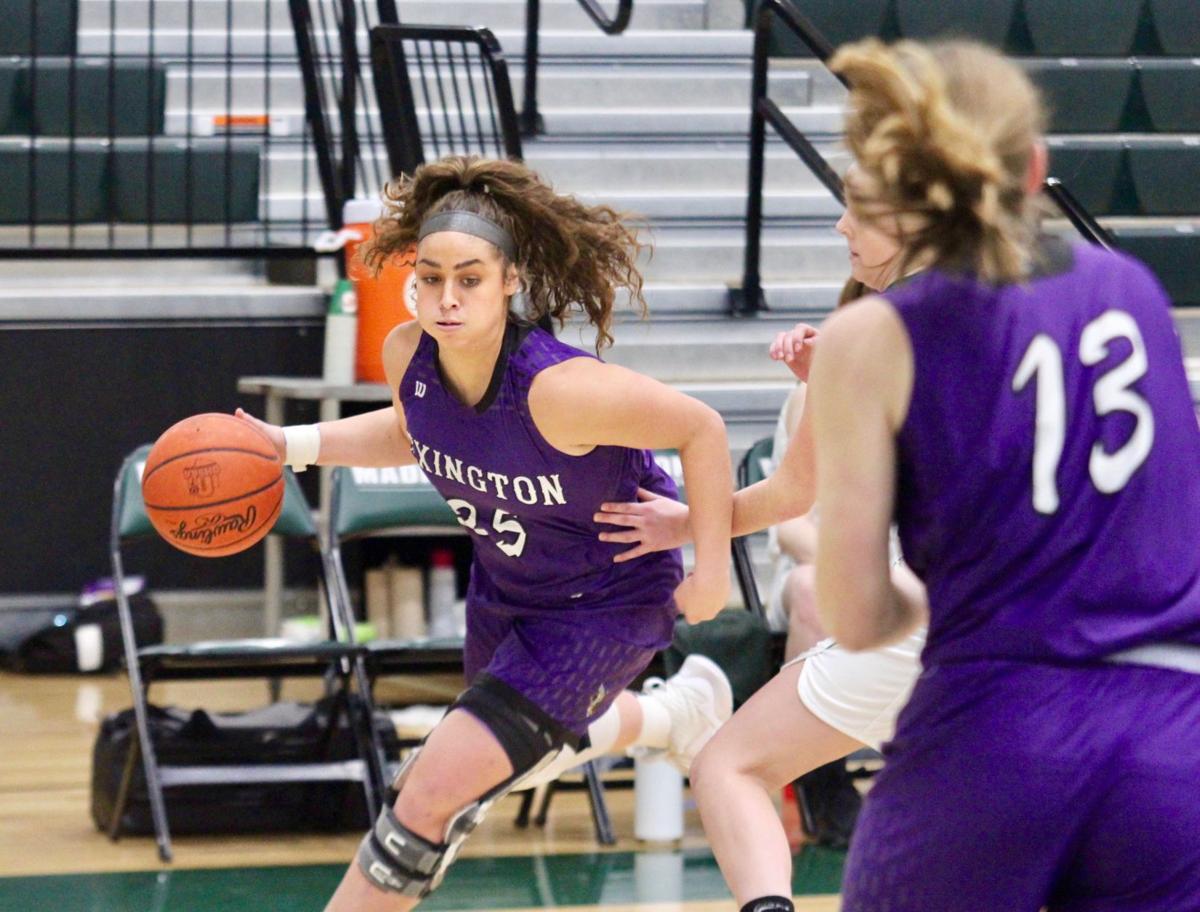 Lexington's Gabby Stover drives past a Madison defender during the first half of a game at Madison. 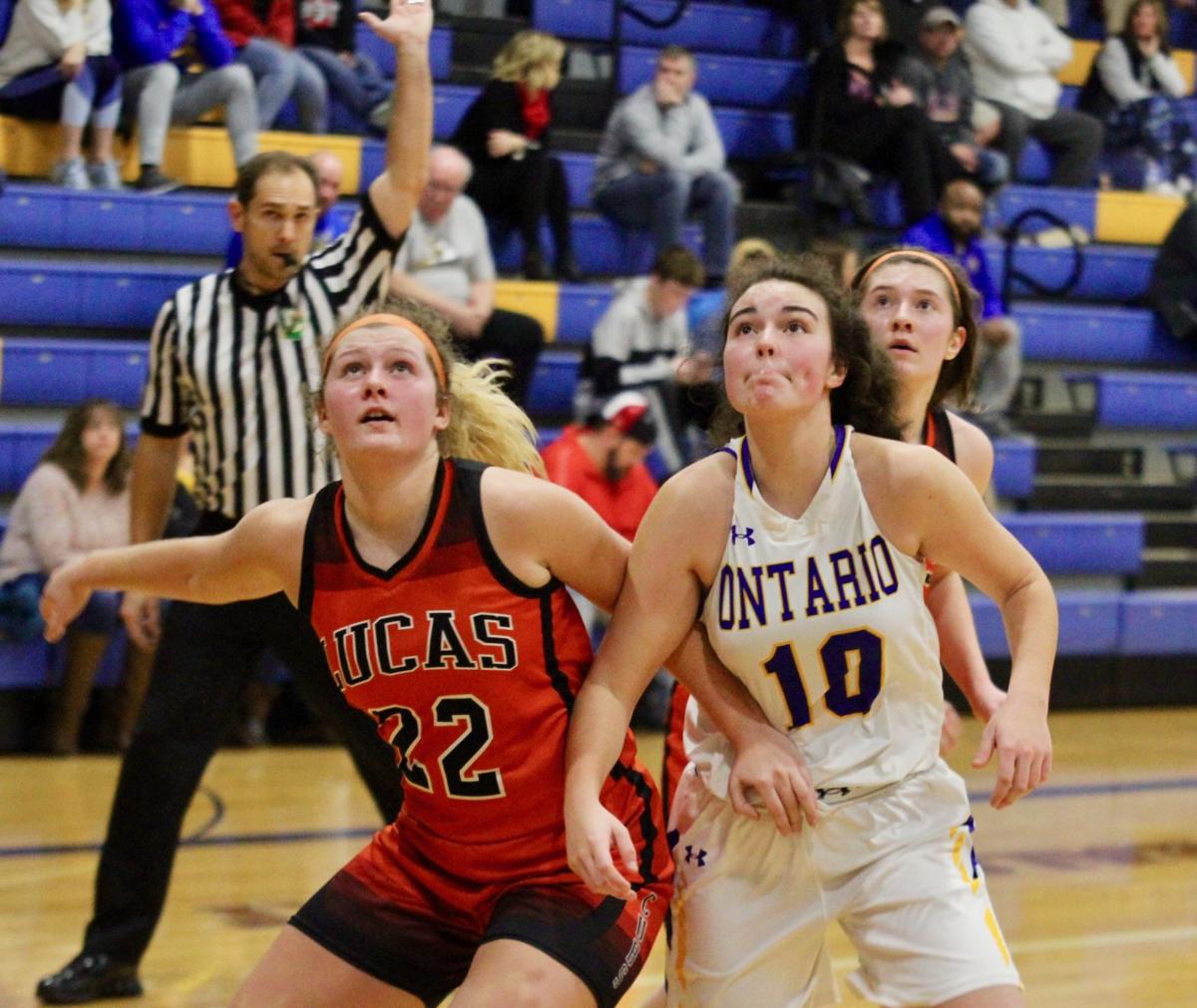 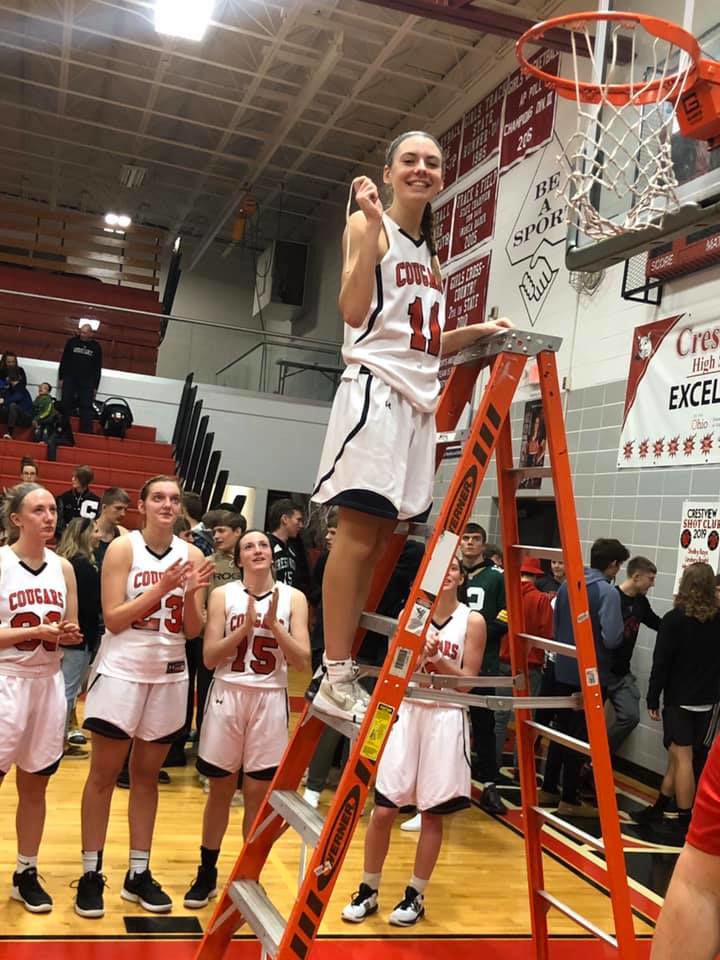 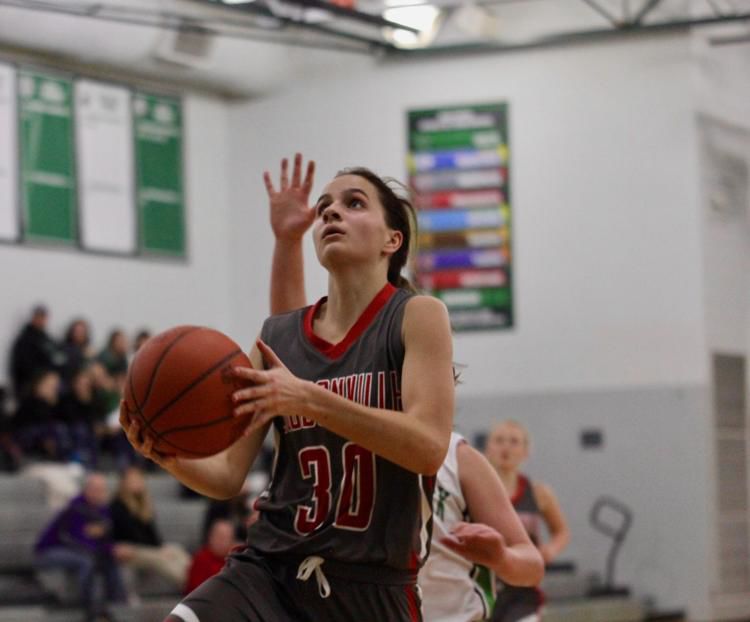 SHELBY — Emma Randall did everything expected of a Division I college recruit — and then some.

The Shelby senior and newly-minted Richland Source Girls Basketball Player of the Year, Randall committed to Youngstown State before the start of her senior year. She then put the exclamation point on a sensational four-year career by leading the Whippets to their second consecutive Mid-Ohio Athletic Conference championship in just the school’s second year in the conference.

Shelby never lost a MOAC game during Randall’s tenure, going a combined 26-0 in two seasons. What’s more, the Whippets won 20 or more games in three of Randall’s four varsity seasons and were a combined 74-22 with three conference titles and three sectional crowns.

A 6-foot guard, Randall showed off her entire repertoire in a 56-43 win over state-ranked Bellevue late in the regular season. She scored 21 points on 10 of 17 shooting, grabbed 12 rebounds and pocketed five steals as the Whippets sent the Lady Red to their first and only regular season loss.

“She played big,” Shelby coach Natalie Lantz said at the time. “She played like that D-1 player we needed.”

Randall was an All-Ohio third team pick in Division II after averaging 13.6 points, 5.5 rebounds and 2.1 steals a game. She was an All-Ohio special mention selection last year.

The Whippets reached the district semifinals before falling to eventual regional runner-up Willard. Shelby beat Willard during the regular season.

“If you would’ve told me this was going to be our record during our scrimmages I would have thought you were crazy because our scrimmages were terrible,” Randall said after the win over Bellevue. “But once we started playing and we beat Willard (59-52 in mid-December), I knew we could do this. I knew we could go far.”

Randall scored her 1,000th career point in a sectional final victory over Lexington. She became just the fifth player in program history to eclipse the 1,000-point plateau.

“It feels really good,”" Randall said at the time. “I just have had so much fun with these girls this year.”

Randall is joined on the All-Richland Source team by four other All-Ohioans. Combined, they averaged 82.4 points a game.

Gabby Stover, Lexington: A physical 5-foot-9 guard, Stover recovered from a torn afterior cruciate ligament in her left knee to have a sensational senior season. She averaged 13.3 points, 7.1 rebounds and 4 assists a game, leading Lady Lex to the Ohio Cardinal Conference championship. Stover was selected the OCC Player of the Year and was an All-Ohio special mention selection in Division II.

Jessie Grover, Lucas: A 5-foot-8 senior and four-year starter, Grover passed Lisa Kilgore to become Lucas’ career scoring leader. She averaged 16.5 points a game and will graduate with more than 1,500 career points. Grover led Lucas to a share of the Mid-Buckeye Conference title and a berth in the Division IV Willard district tournament. She was an All-Ohio special mention selection.

Kathleen Leeper, Crestview: A 5-foot-8 senior guard, Leeper was selected the Firelands Conference Player of the Year after leading the Cougars to a 20-5 record and an outright Firelands Conference title (14-0). Leeper, who averaged a FC-leading 14.2 points a game, was an All-Ohio special mention selection in Division III and helped Crestview reach the district tournament.

Emily Seboe, Loudonville: A 5-foot-11 senior, Seboe supplanted 1996 graduate Kim (Herman) Bracken as Loudonville’s career scoring leader and will graduate with more than 1,500 points. The Huntington (Indiana) University recruit averaged 25.1 points a game, earning a spot on the All-Ohio first team in Division III. In addition to her scoring record, Seboe is Loudonville’s career record holder in rebounds and blocked shots and connected on more than 200 career-3-pointers, another school mark. The Redbirds shared the Mid-Buckeye Conference crown with Lucas.