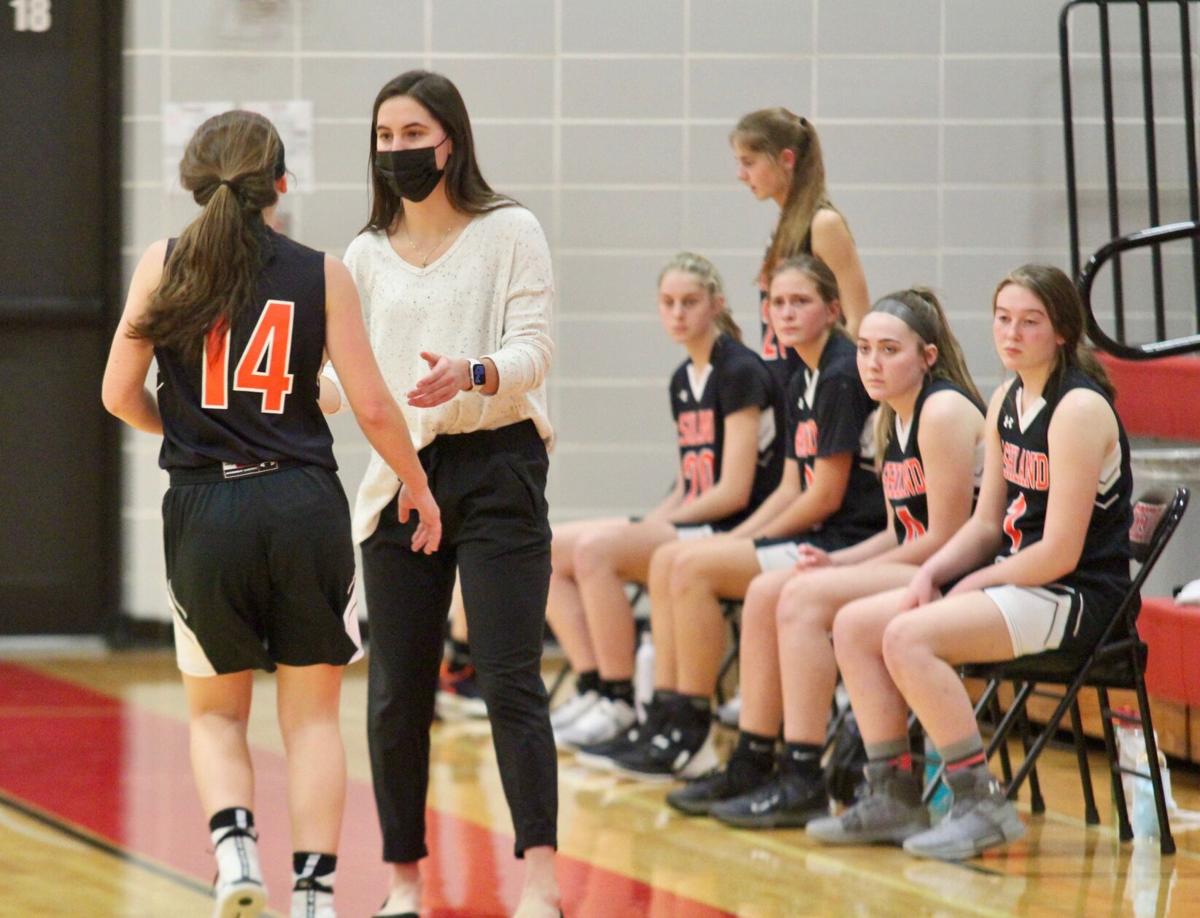 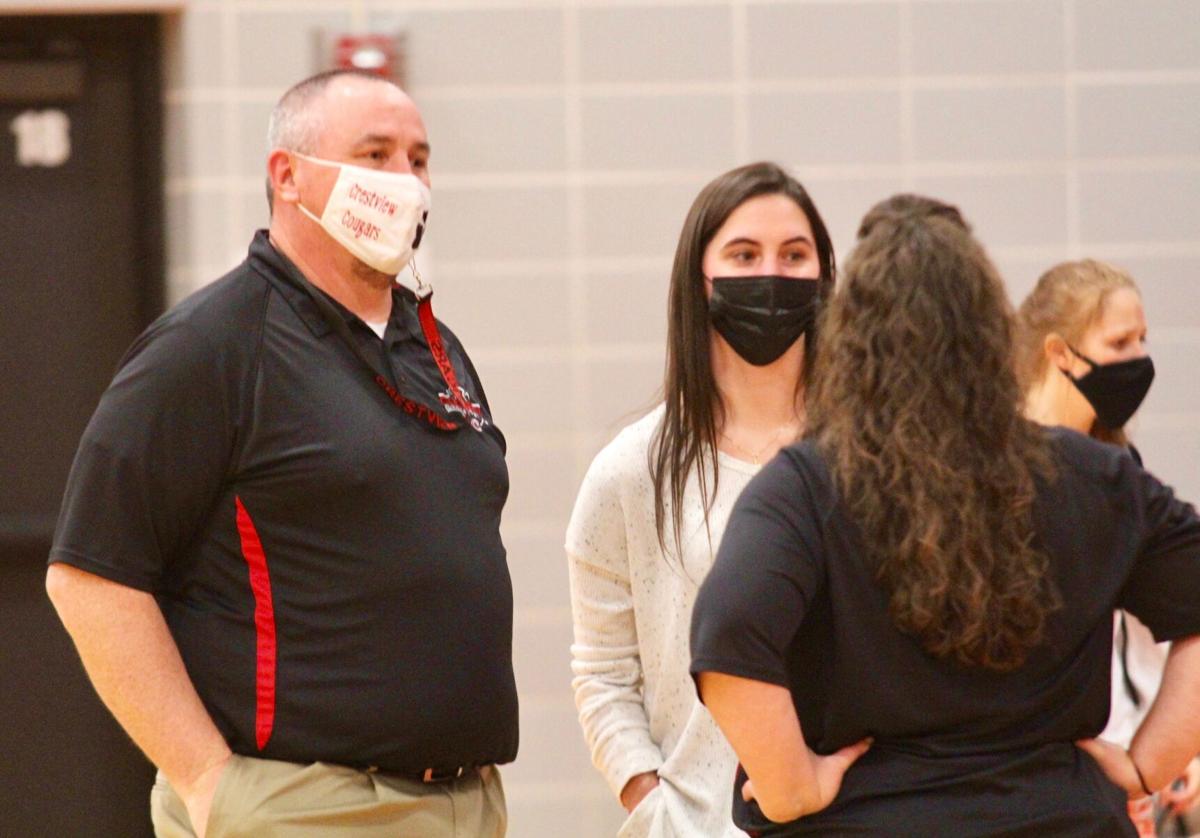 OLIVESBURG — For longtime girls basketball fans in north central Ohio, there was something oddly familiar about the scene that played out inside the gym at Crestview High School on Tuesday night.

Renee Stimpert, one of the greatest high school scorers in state history, was back where she called home from 2012 until her graduation from Crestview in 2016, but she was wearing street clothes and standing just outside the visitor’s locker room. The first-year coach at Ashland High School, Stimpert huddled with her assistants before addressing the Arrows after their 60-36 loss to her alma mater.

The homecoming was bittersweet for Stimpert. On the one hand, she was happy to see so many familiar faces. On the other, the lopsided loss which dropped the Arrows to 1-7 wasn’t sitting well.

“It was different, coaching from the other side. I feel like anybody would say that,” said Stimpert, who ranks 15th on the Ohio High School Athletic Association’s career scoring list with 2,305 career points. “It was fun to come in my old gym. It brings back old memories.

On the other bench sat veteran Crestview coach Aaron Goon, who took over at Crestview before the 2014-15 season. Goon coached Stimpert during her junior and senior years and piloted the Cougars to an undefeated regular season and the Division III Associated Press poll championship in 2016.

“I told the girls we can’t lose to Renee,” Goon joked. “One of her cousins (junior guard Skylar Ramsay) is actually on our team. She said, ‘If we lose to Renee I’ll never hear the end of it.’

“It was great to have her back. I want her to do well and I think she’s going to do well.”

For Stimpert, the transition from player to head coach was an accelerated one. Less than a year ago, she was a senior and the starting point guard for the nationally-ranked Ashland University women’s basketball team. The Eagles were 31-0 and eying a second national championship in Stimpert’s four seasons when the season was shut down before the NCAA regional tournament because of the coronavirus pandemic, bringing an unceremonious end to Stimpert’s final season.

Win or lose, most players end their careers on the court. Stimpert and AU’s other seniors weren’t afforded that opportunity last spring. The Eagles had already arrived at the NCAA regional site in Missouri when they learned their season was over.

So did she ever get the closure she was looking for?

“Stepping off the Ashland University court for the last time after beating our rival, Grand Valley (in the Great Lakes Intercollegiate Athletic Conference tournament), that was kind of the closure our senior class needed,” Stimpert said. “We were 31-0 and, when I look back on my time, I see that we only lost four games in four years and won a national championship.”

“It’s 90 percent mental, I truly believe that. I played with All-Americans at Ashland and I still stepped on the floor and I told myself I was the best player out there. Implementing that in each and every one of them, it’s going to be a slow process but I can see it.”

“She’s got those girls playing really hard,” Goon said. “They’ve gotten way better since we saw them at the beginning of the year. That’s a testament to how she is doing and I hope she continues to do that well.”

Stimpert picked up her first career coaching victory in mid-December, an Ohio Cardinal Conference win over Wooster. Since then, Ashland has gone through a two-week COVID-19 quarantine that ended Sunday.

While the Arrows have absorbed some bumps and bruises this season, their new head coach can see progress.

“We’re getting there. I can see glimpses of it,” Stimpert said. “But like I keep saying, Rome wasn’t built overnight. It’s a slow process but the girls want to be on the floor.”

If you are an opposing basketball player, Luke Denbow takes offense at your offense.