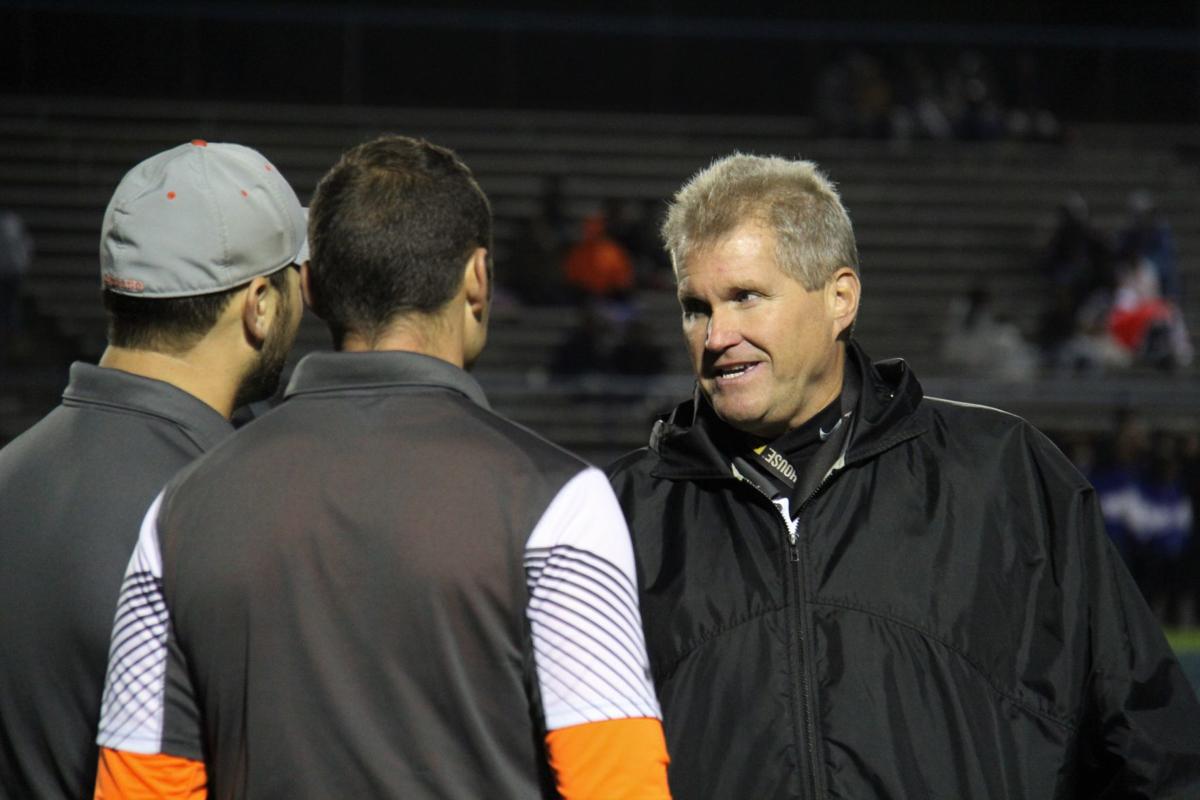 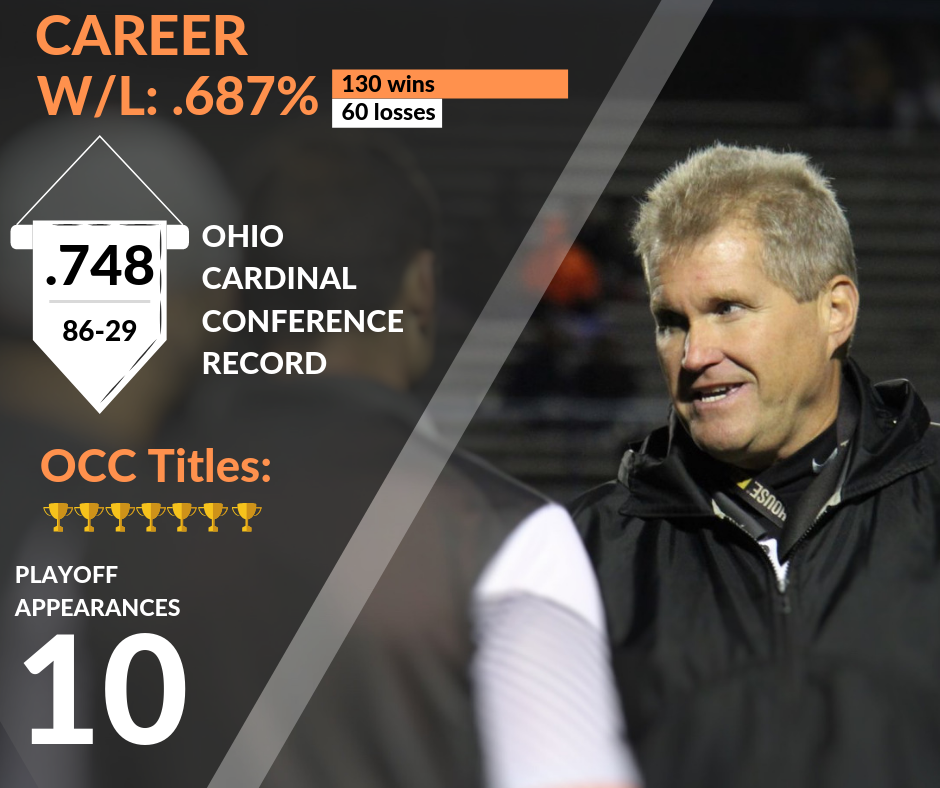 ASHLAND — When he was hired as Ashland’s football coach in 2002, Scott Valentine’s first order of business was to return his alma mater to its former glory.

A 1981 AHS graduate, Valentine announced his resignation Monday afternoon. He departs as the winningest coach in program history.

“With my sons playing college football, I’ve got a small window of opportunity to see them. If I’m watching them on Saturdays, I wouldn’t be able to do the things that, as a head coach, I feel the players and coaches deserve.”

Valentine and wife Amy have a pair of sons playing college football. Scott Jr. is a redshirt sophomore defensive end at Ashland University, while John is a freshman offensive lineman at Mount Union.

“That was certainly a big factor in my decision,” Valentine said.

Valentine took over for Dick James in 2002 after six seasons as Ontario’s head coach. The Arrows were coming off back-to-back 1-9 seasons and hadn’t won a conference championship since 1994.

“Looking at where we started and where we’re at, the most important thing for me is seeing the guys from the early years who made it possible and see all the success they are having in their lives,” Valentine said. “We put a lot of hard work in and learned some valuable lessons through the game. That is the big thing I wanted to try to bring to the program.”

Ashland was 6-4 in Valentine’s first season and upset playoff-bound Mansfield Senior at Arlin Field late in the season, setting the table for a memorable 2003. The Arrows were 8-3 the following year and advanced to the Division II playoffs before falling to eventual state champ Avon Lake in the opening round.

Ashland celebrated its 100th year of football in 2006 and the party lated deep into November. With junior quarterback Taylor Housewright leading the charge, the Arrows won a Division II poll championship and reached the regional championship game before falling to eventual state champ Piqua. Valentine was selected the Associated Press Division II Coach of the Year.

The following year, Housewright was the Division II Offensive Player of the Year and the Arrows reached the state semifinals before falling to eventual state champ Cincinnati Anderson on a bitterly-cold late-November night in Dublin.

Ashland reached the regional finals again in 2009 and 2010 with record-setting quarterback Marcus Fuller at the helm. The Arrows dropped heart-breakers to Mentor Lake Catholic both years, losing 45-42 in 2009 and 35-28 the following year.

With so many memorable games on his résumé, do any stand out above the others?

“There’s just so many good memories,” Valentine said. “There were great wins and some tough losses, too, but I don’t think I could narrow it down to just one or two.

“I couldn’t narrow it down to 100 in those 17 years. Win or lose, there were a lot of great games, great kids and great coaches.”

Even after the departure of Housewright, who became a Division II All-American at Ashland University, and Fuller, who starred at Brown in the Ivy League, Ashland continued to crank out record-setting quarterbacks. The Arrows won three straight conference championships from 2015 to 2017 behind a high-flying offense.

“We always had to spend some extra time preparing for that five-wide offense and we had some great games against them,” said Mansfield Senior coach Chioke Bradley, will be in his 10th season at Senior High and is now the longest-tenured coach in the OCC. “It was a true rivalry game in that it went back-and-forth. They would beat us at our place and we would beat them at their place.

“Beyond the coaching piece, Scott is a great person. He was always there if you needed something from him. The coaching fraternity is losing a good one.”

Ashland athletic director Jason Goings said the search for Valentine’s successor is already under way. Goings, whose son played for Valentine and is now a receiver at Findlay University, understands how difficult it will be to fill Valentine’s shoes.

“He’s an icon in the high school coaching circle,” Goings said. “He has made Ashland football not only respected, but feared. He molds boys to men and I cannot thank him enough for what he has done for our young men.

“What he did for my own son is priceless and I could never repay him for it. Our goal now is to honor his legacy in the proper way.”

With his Friday nights free for the first time since the 1980s, Valentine isn’t sure what he’ll be doing next fall.

“I’m sure my wife will have a list of things for me to do,” Valentine said with a laugh. “I told the kids I can’t use football as an excuse for why I’m not getting those things done any more.”

While he wouldn’t rule out a return to coaching, Valentine said he is comfortable with his decision. He’s looking forward to the next chapter of his life.

You never say never, but I really don’t see myself getting back into it,” Valentine said. “There are still some things I’d like to do in my life.”

That said, Valentine wouldn’t trade the last 17 years for anything.

“First and foremost, I wouldn’t have been able to do it without my wife and kids,” Valentine said. “Beyond that, I’ve had a great coaching staff and great support from the administration and the community here and we’ve been fortunate to have some great football players through the years.

“It has been a pleasure coaching here.”