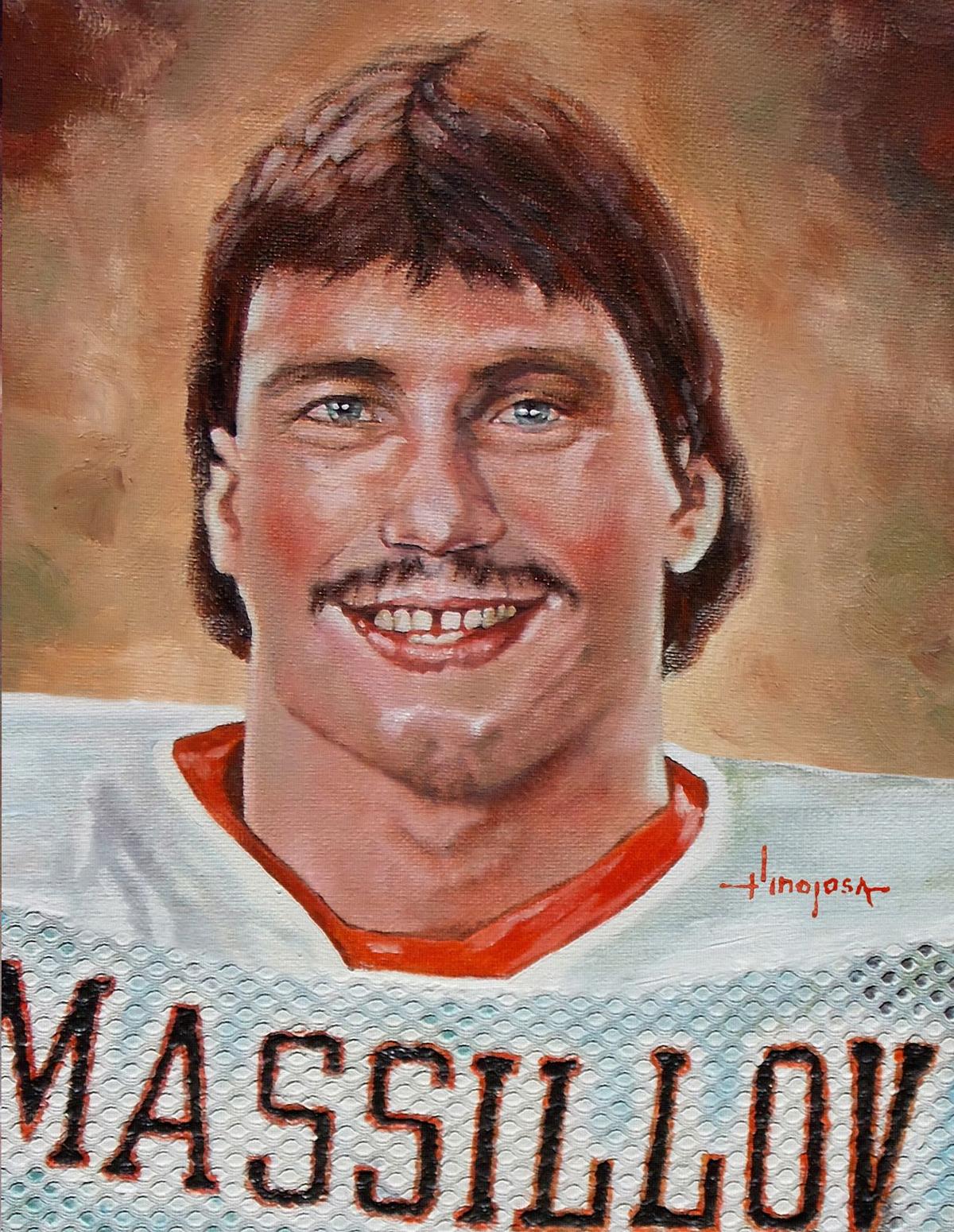 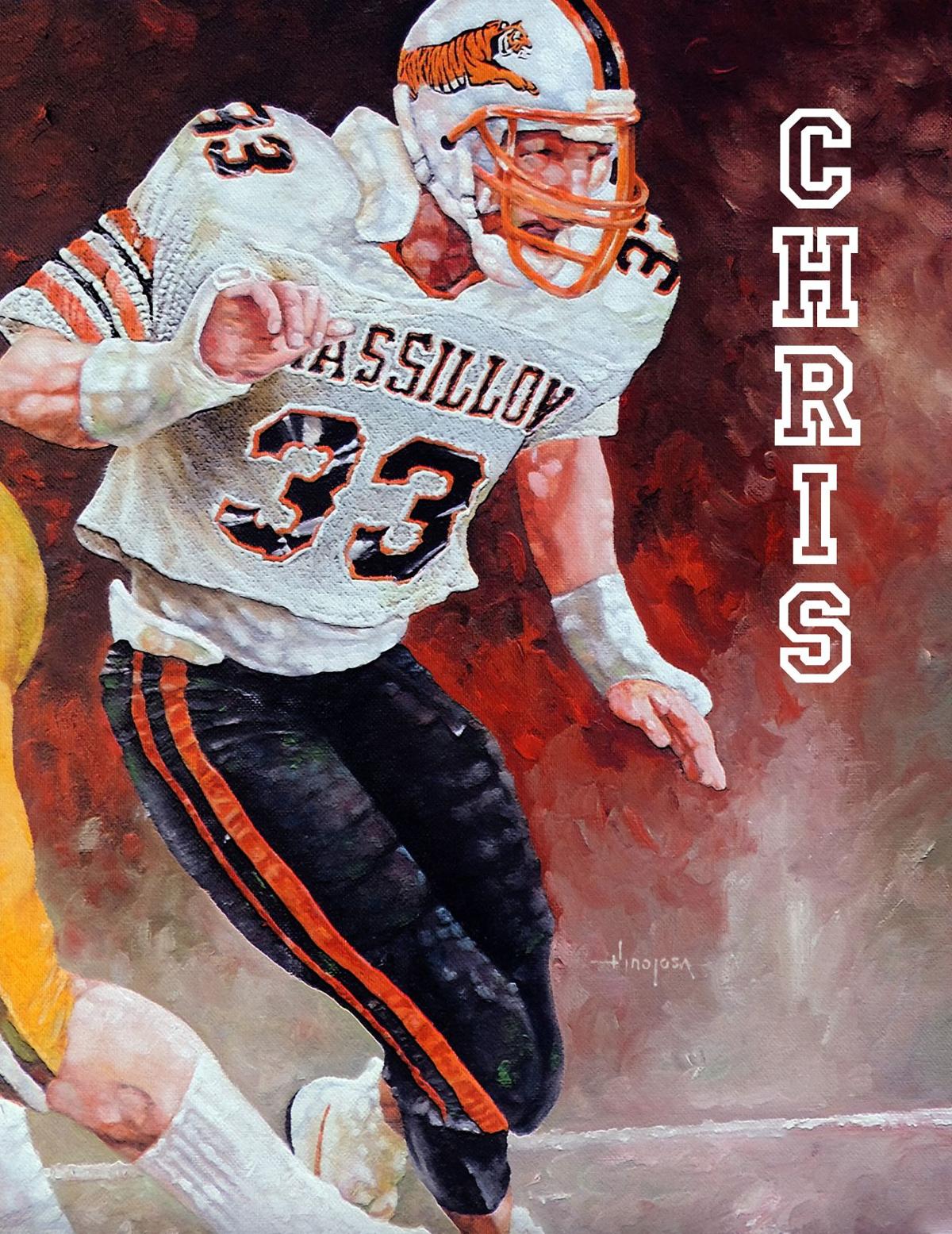 Chris Spielman landed on the cover of a Wheaties box for his tremendous play at Massillon High School. He went on to win the Lombardi Award at Ohio State and enjoyed a long NFL career with the Detroit Lions and Buffalo Bills. He is featured prominently in Ohio's Autumn Legends Volume I.

EDITOR'S NOTE: Today is Part 5 in a 12-part series on Ohio's historic football personalities. The series began on Aug. 5. It continued on Aug. 6, Aug. 7 and Aug. 8.

In that game they saw No. 33 throw a touchdown pass, snare an interception, run for 78 yards on 12 carries, and return a punt 68 yards (breaking six tackles along the way) to set up a TD that sealed a 22-8 victory for Massillon Washington. The youngster wearing No. 33 was Chris Spielman.

Indeed, Spielman's ferocity, not his athletic gifts, led to a career in the sport at the highest level.

Spielman had little choice in the matter. His father, Sonny, was a high school football coach. His older brother, Rick, was also a football player and would go on to a front office position in the NFL. The Spielmans reared Chris in Canton, site of the Pro Football Hall of Fame.

"Something about the game -- really everything about it -- fascinated me," Spielman said. "The sights, the sounds, the smells, the mouth guards, the helmets, the uniforms, the camaraderie, the contact.

"I connected with all of it."

Spielman's intensity was apparent from the very beginning. As a 9-year-old he tackled kids so hard in Midget League there was talk he was too rough to participate with others his age. In junior high, Canton Lehman coach Mike Patton wouldn't let him hit teammates during the week of practice.

When Massillon hired Sonny as an assistant, that's where the Spielman boys played their high school ball. Chris was a rare three-year starter, and coach Mike Currence said he could've played as a freshman but was not allowed because he was not yet in the high school building.

As a junior, Chris earned first-team All-Ohio honors while leading the Tigers to the state championship game, where they fell 35-14 to Cincinnati Moeller.

That winter, the Massillon community mounted a vigorous campaign for Chris in Wheaties' "Search for Champions" contest. He won, and his image in full uniform was plastered across the cereal box.

As a senior in 1983, Chris was again an All-Ohio first-teamer. Parade magazine listed him as the top linebacker in the country. Street & Smith rated him one of the top 15 high school players in the nation, and he was a first-team All-American linebacker on the USA Today team. He had his choice of colleges, and settled on Michigan before his father swayed him, according to his autobiography as told to Bruce Hooley.

Spielman did, and enjoyed a spectacular career in Columbus. He started in the Rose Bowl as a freshman and recovered a fumble while playing a fine game. He became a full-time starter as a sophomore and was a two-time All-American. He won the Lombardi Award as a senior for the nation's top interior lineman.

"Chris taught me what intensity looked like in football," Bruce said. "He had fun, but football was his consuming passion. He always has and always will set a standard for pure love of the game."

Still, his profile didn't didn't match up with the computer. At 6-foot, 234 pounds, with a 4.86 40 time, he was considered too small and too slow to be an elite prospect for the NFL. Yet the Detroit Lions drafted him in early in the 2nd round, and were immediately grateful.

"I'm tired of hearing questions about my height and speed. I'm a football player, not a basketball player," Spielman said.

The Lions learned that immediately. Their rookie started all 16 games and set a franchise record with 163 tackles. In 1991, The Lions reached the NFC Championship game before losing 41-10 at Washington. That was as close as he would get to the Super Bowl.

He led the Lions in tackles all eight years he played in Detroit, then cast his lot with the Buffalo Bills as a free agent. In his second season there, Spielman suffered a herniated cervical disc pressing on his spinal cord. It ended his season, and after an aborted comeback in the 1999 preseason with the Cleveland Browns, his football career ended.

In the NFL, Spielman collected more than 1,000 tackles and four times was selected to the Pro Bowl. Twice he was a first-team All-Pro. He was selected to the College Football Hall of Fame in 2009, and is still considered one of the most popular players in Ohio State history.

"You can smell football," Spielman told Sports Illustrated. "You go outside and there's a feel of football I'm so used to -- a smell, the leaves, the air, the wind. It's so familiar.

"I don't know what it's like in Florida or California, but I know how football smells int the Midwest, and when I go out, all I smell and feel is football."