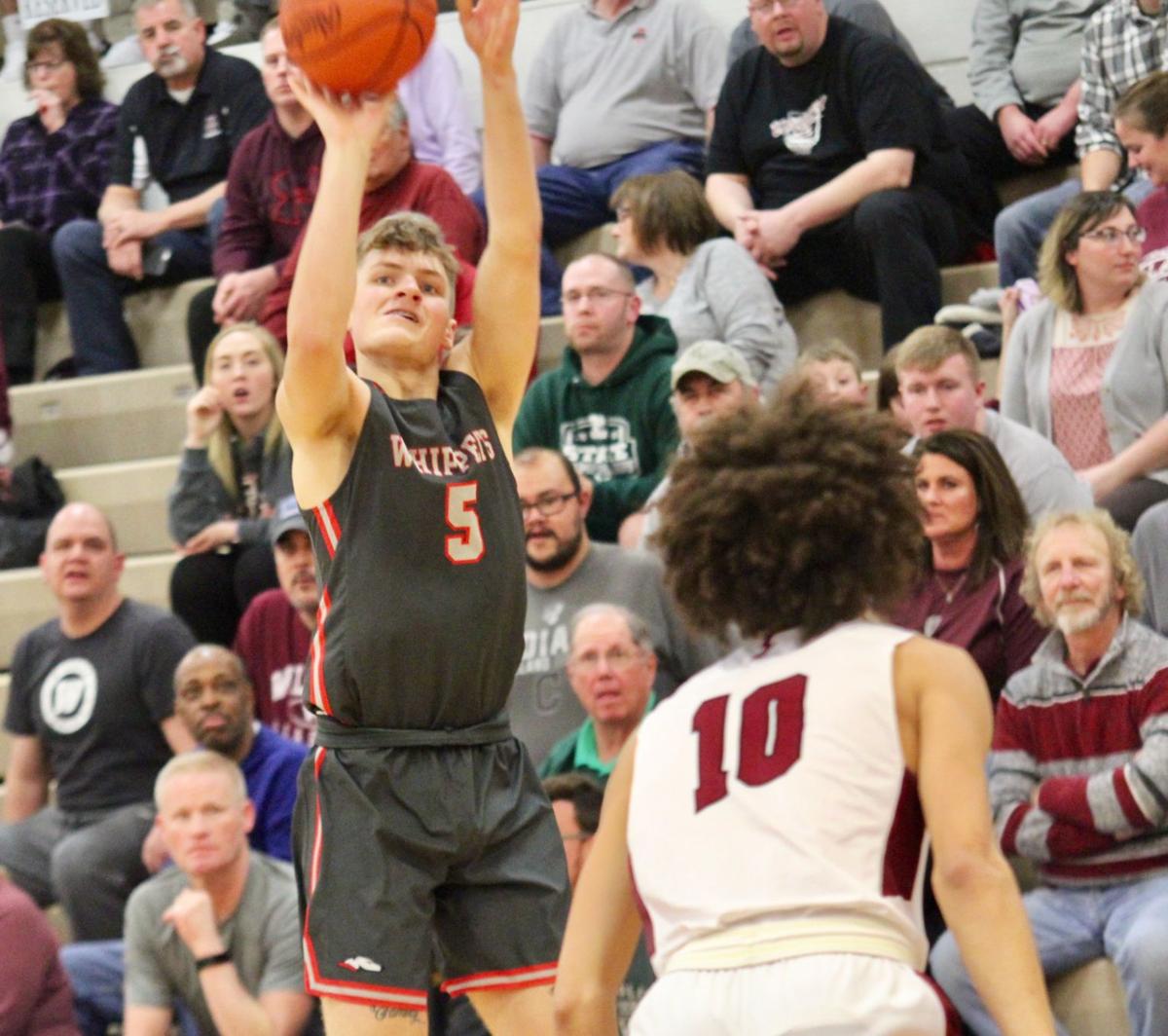 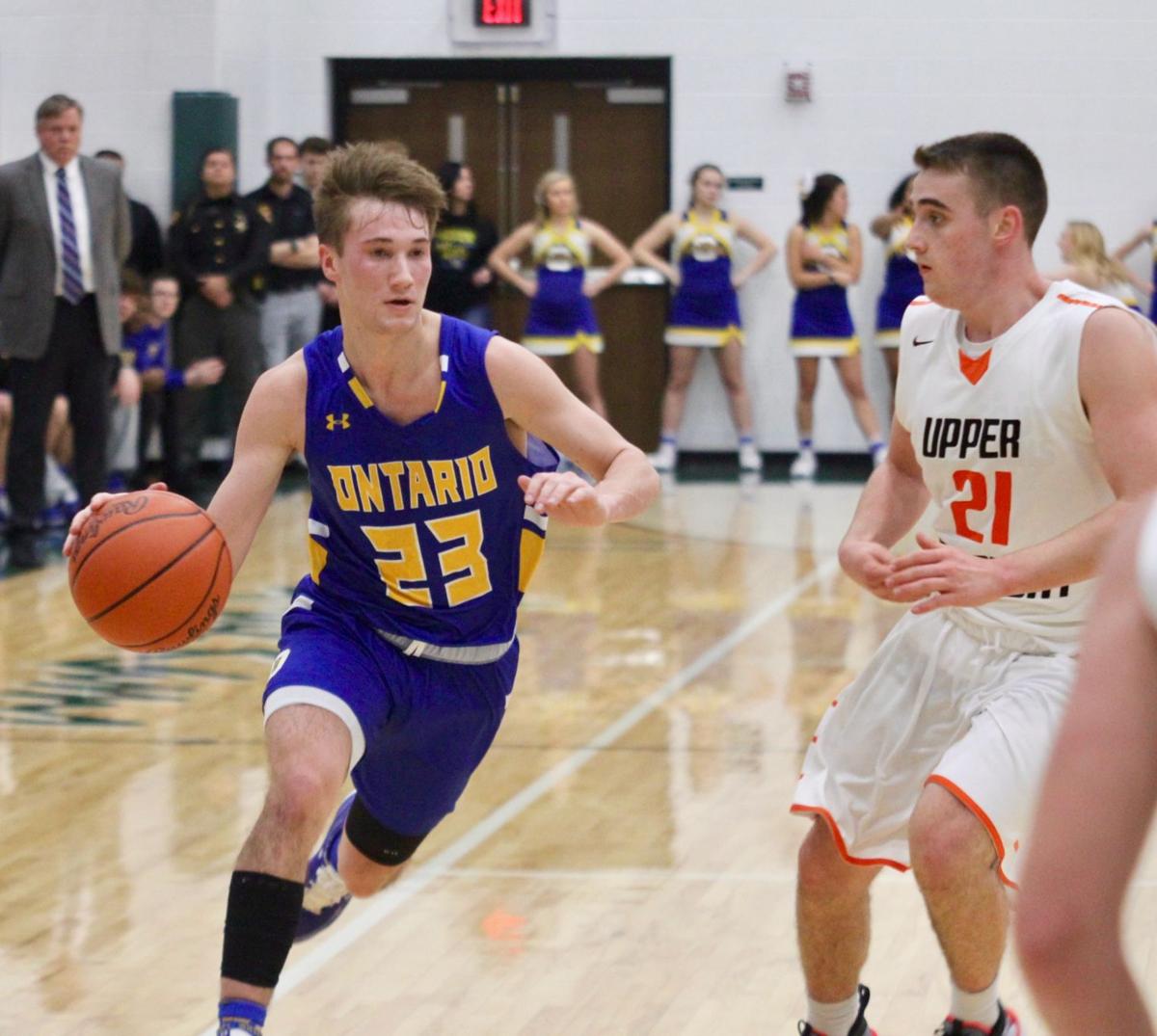 ASHLAND — If this was any other year, John Ellenwood wouldn’t have time to talk.

Ashland University’s veteran men’s basketball coach would normally be on the recruiting trail. He’d be in a gym evaluating talent or sitting on a potential recruit’s living room sofa, building one of the relationships that make up the lifeblood of his profession.

But this year isn’t like any Ellenwood can remember -- and like every other college coach in the country, he is working from an entirely improvised playbook.

Last week the NCAA extended the recruiting dead period through May 31 because of the ongoing coronavirus pandemic. That’s especially bad news for basketball coaches who would usually be putting the finishing touches on their 2020 recruiting classes ahead of the April 15 spring signing period, while building the framework for the Class of 2021.

“Recruiting-wise, it really affects us right now. We’re used to ‘go, go, go,’ right now in terms of recruiting,” Ellenwood said. “It’s normally a time when we’re finalizing guys in the spring and also starting on guys for the following year. It’s kind of an overlay period between two classes.

“Our mindset is to be aggressive in recruiting right now, but we’ve been forced to change our mindset. We’ve got to get a little bit more creative on how we interact with guys from afar.”

The NCAA’s spring contact period usually runs from March 1 through mid-May, excluding a six-day dead period in early-April that would have coincided with the NCAA Tournament finals. Coaches can make in-person, off-campus recruiting evaluations during the contact period, meaning Ellenwood and his staff would likely be traveling the country to watch underclass prospects compete in a myriad of AAU tournaments.

“Right now is about to be the signing period for spring recruits. There’s an early signing period in November and one in April,” Ellenwood said. “Normally we would be having the kids we watched during the high school season come to campus to meet with our players and we’d be on the road laying the foundation for 2021.

“The issue we have is we don’t know when 2021 is going to start. Is it going to be pushed back and how far? A lot of these recruits are worried about that.”

The COVID-19 outbreak has resulted in the cancellation of all the AAU tournaments Ellenwood and his staff would normally attend. Prospects looking to attract the attention of college coaches at one of those high-profile events are instead left shooting on the rim in the driveway.

“The talk is most of our AAU season is going to be pushed into the late-summer and fall,” said Ontario junior Griffin Shaver, an All-Ohio special mention selection in Division II and one of the area’s top college prospects. “I was set to visit three or four colleges and work out with the teams in open gyms, but I can’t do any of that now.”

A 6-foot-1 point guard who averaged 17.2 points, 5 rebounds and 5 assists a game, Shaver plays for the northwest Ohio-based Ohio Buckets, along with fellow All-Ohioans Garrett Chapin of Norwalk and Cole McWhinnie of Toledo Christian. The Buckets were to play in nine tournaments, but the first three events already have been canceled and more are sure to get wiped out in the coming weeks and months.

“I want to play at the college level and this is definitely a setback,” Shaver said. “This is the most important (AAU) season for me and college coaches can’t come see me in person now. All they can do is see game film.”

Recruiting a player based on his or her highlight video is a fool’s errand, Ellenwood said.

“I’ve never seen a kid miss a shot in a highlight reel,” Ellenwood said. “There’s a feel to the game that you can only experience live. You can virtually test drive a car over the internet but I want to sit inside and see how it handles.

Like Shaver, Shelby junior T.J. Pugh knows the importance of this AAU season. The 6-foot-5 swingman was an All-Ohio second team pick in Division II after leading the Whippets to the Mid-Ohio Athletic Conference championship.

“This is the biggest AAU season of my high school career. It’s a really big deal,” said Pugh, who averaged 20.8 points and 9 rebounds a game. “I’m going into my senior year and this is my last AAU season to prove how I can play and what level I can play at.”

Pugh’s AAU team, Extreme Heat, was scheduled to play in 10 tournaments this summer. None of those events is guaranteed.

“I don’t know what’s going to happen,” Pugh said. “We are supposed to be getting into tournaments soon and we haven’t even had any practices yet.

“All the tournaments are getting pushed back, so we’re just waiting to see what happens like everybody else.”

While the health crisis may have thrown recruiting into disarray, Ellenwood said he and his colleagues need to keep their eye on the ball.

“We’ve gotten over the inconvenience of dealing with this and now we’re at the point where we realize how serious it is,” Ellenwood said. “We’ve got to do what’s best for everybody and right now that’s keeping people healthy by limiting these large gatherings.

“It’s a patience game. We don’t know when recruiting will open back up. That’s our new reality.”