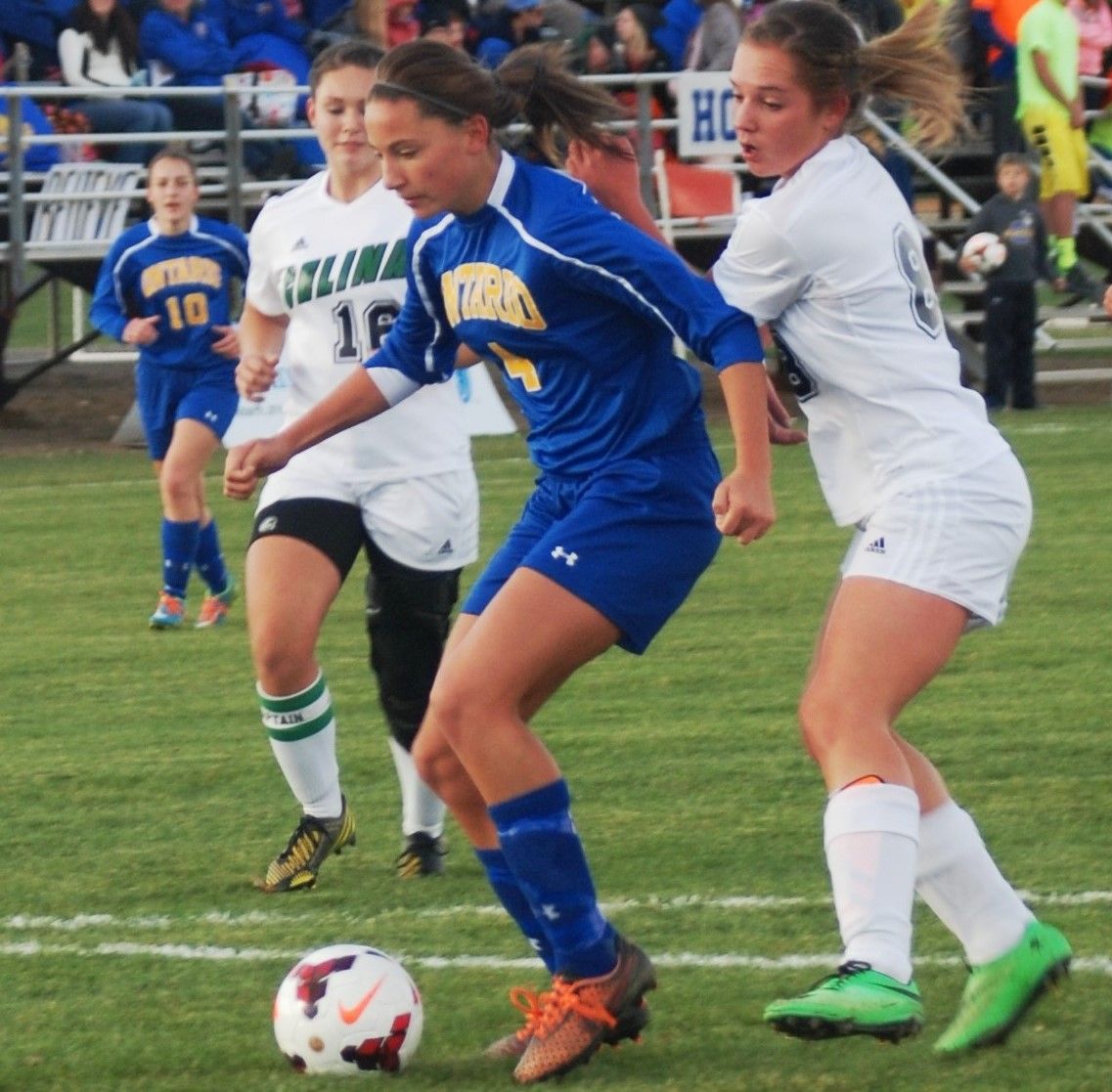 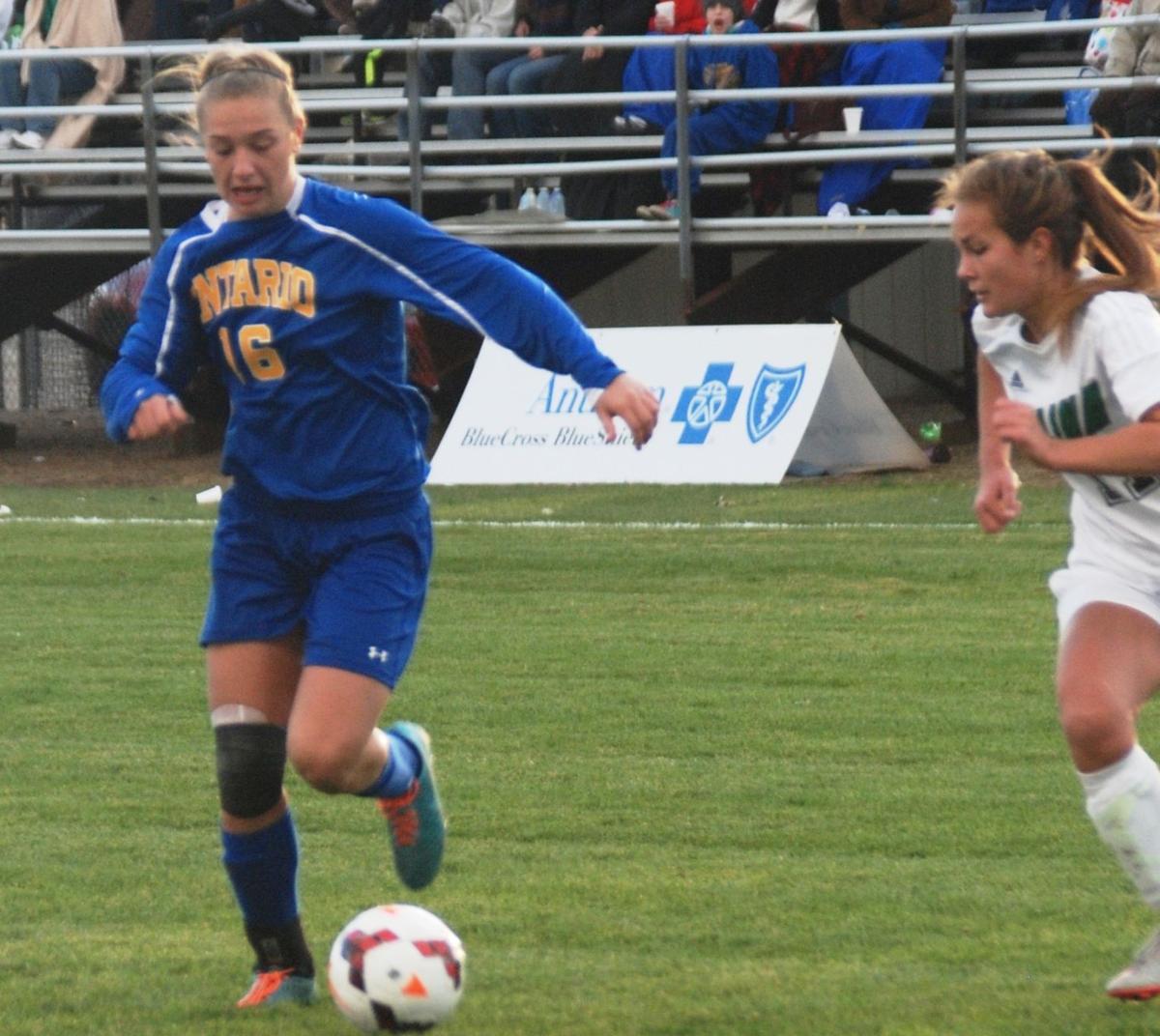 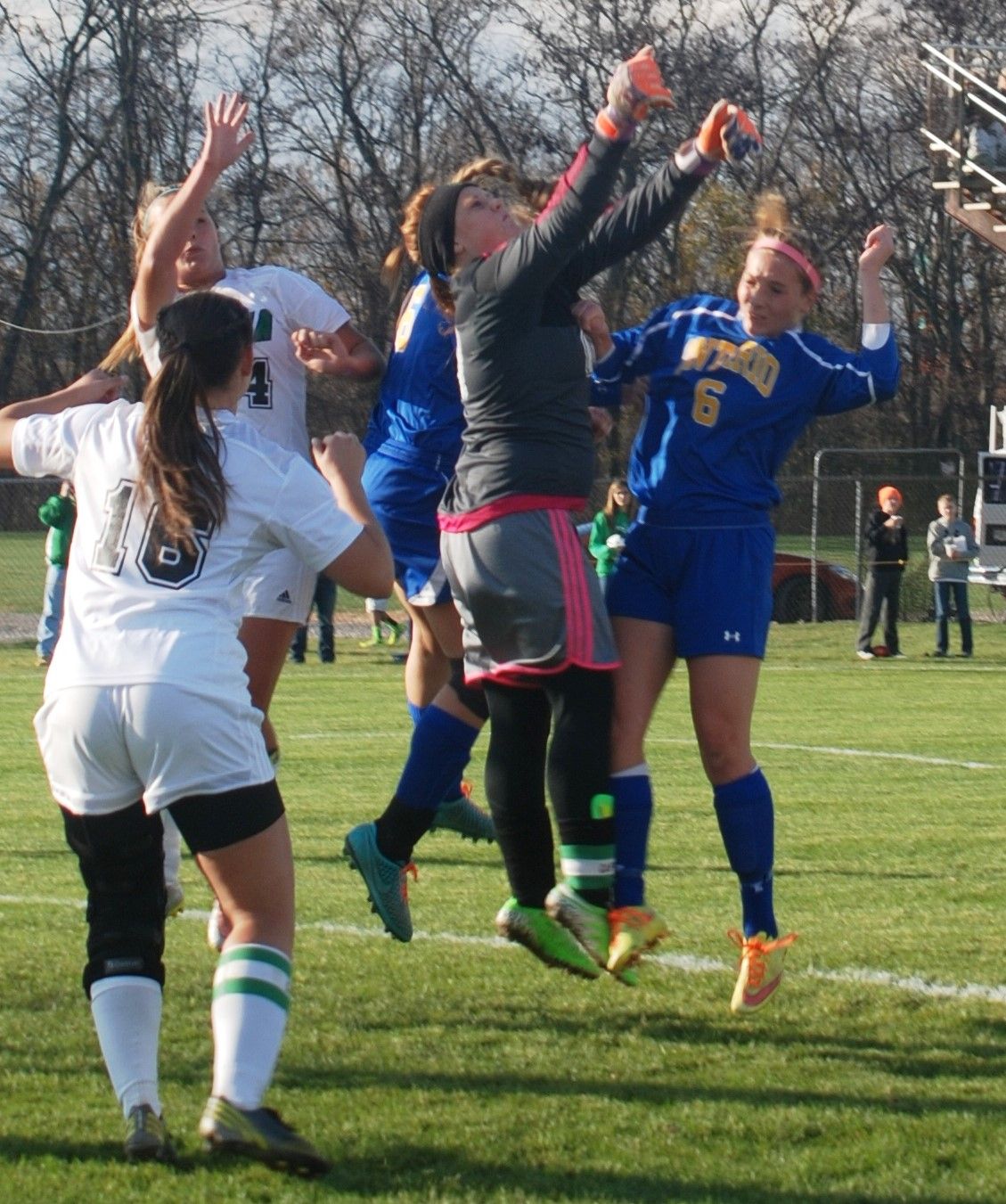 "We didn't come ready to play," the veteran coach said Saturday after his team saw its season end with a 1-0 loss to Celina in a Division II regional title match at Findlay High School. "Some girls did … some didn't.

"The effort just wasn't there. As a coach, when you see that standing on the sidelines, there isn't much you can do. You can't call timeout. All you can do is try to get them going at halftime. (Parma Heights) Holy Name (the team Ontario beat in the regional semifinals Tuesday night) was a better team than Celina.

"We didn't play nearly as well as we did Tuesday … not even close," Atkinson said.

Despite that, the Warriors (18-3) dominated the pitch throughout most of the chilly, windy afternoon. Ontario had almost a three-to-one edge in shots on goal (20-7) and earned four corner kicks to just one for the Bulldogs (17-4).

The Warriors came in with confidence, having beaten the Bulldogs 2-0 in late September. But Celina scored the game's only goal with 10:30 left to play when junior Kendall Gilmore took a cross from freshman Emily Keith and managed to sneak it past Ontario senior goalkeeper Katherine Beech.

Gilmore has led Celina in scoring during the tournament run.

Ontario had a 12-2 edge in shots on goal in the first half, frustrated by the efforts of Celina senior goalkeeper Callie Vogel. The Bulldogs were content during the first 40 minutes with packing their defense in and preventing easy Warrior goals.

"We had opportunities. We just didn't put the ball in the net," Atkinson said. "If we get an early goal, that game is over. We let them hang around.

"We weren't patient enough to move the ball around and make that last pass that could lead to a goal."

Celina coach Calvin Freeman was thrilled to see his team earn its first berth in the Final Four in the 20-year history of the program.

"Ontario is a very good team," the 10th-year coach said. "They are not ranked sixth in the state for nothing. They have beaten some quality programs this year. This was just a great soccer match. We had our hands full today."

Freeman, who said his team was battling injuries during the regular-season loss to Ontario, admitted his team played conservatively in the first half.

"We wanted to button it up during the first half and then open it up in the second half," he said. "Fortunately, it worked out for us."

It was a painful end to the season for Ontario. But the young Warriors, who start three freshmen, will lose just four seniors – Beech, midfielder Mackenzie Pore, defender Bree Speck and midfielder Olivia Shaver.

"We are very young. If this (loss) hurts, our players coming back will work hard and get better," Atkinson said. "If not, we won’t get better. Nothing is ever guaranteed."

SHELBY -- Down Under Sports has announced that Shelby's Gavin Auck …

LOUDONVILLE — Britney Sage would like to make a little more school …

MANSFIELD — Chase Blackstone is carrying on the family tradition, b…

CANTON — Ben Starling and his Lexington teammates made school histo…