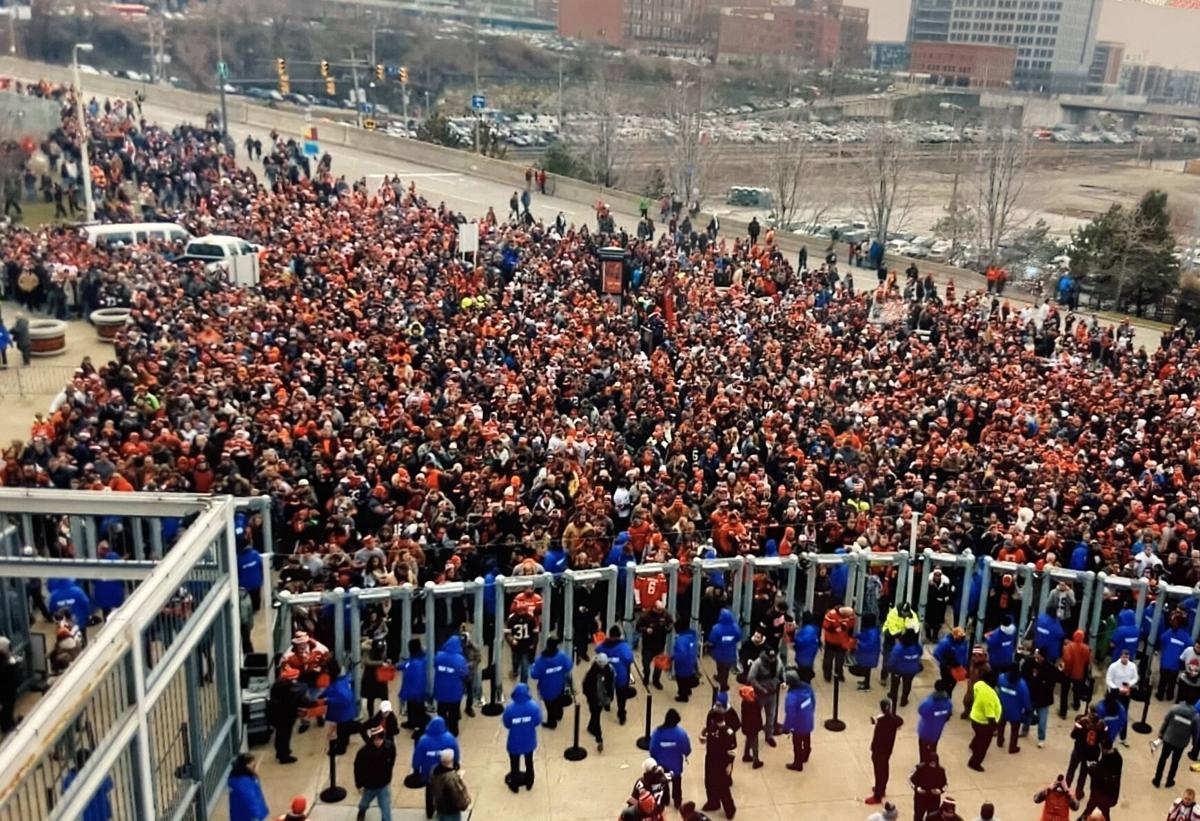 The Browns are a hot ticket for the first time in a long time. 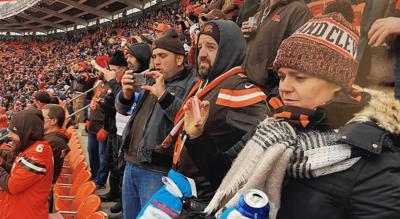 There’s a very likely playoff scenario where even at 11-5, the Cleveland Browns could be in a four-way tie for three AFC wildcard berths.

And they would not make the playoffs if it was between any teams "in the hunt": Ravens, Dolphins, Colts/Titans and Browns.

Why? Because the NFL puts an absurd amount of emphasis on the division for a tiebreaker, even though it’s only six out of 16 games. If three or more wildcard teams are tied, here’s the first step:

“Apply division tiebreaker to eliminate all but the highest ranked club in each division prior to proceeding to step 2,” from NFL.com.

What that means is in an 11-5, four-way tie, the Browns would be instantly eliminated because the Ravens would have the higher division ranking. Think that's a crazy and unlikely scenario? Vegas doesn't.

Browns (9-4) take care of the Giants (5-8) on “Sunday Night Football,” and return to American’s most intense city a week later to dispatch the winless Jets. Maybe Pittsburgh (11-2) is resting starters having locked up their seed, or maybe the Browns beat them outright or maybe, well, we’ve seen that Steelers victory movie before. Either way, let’s say the Browns go 2-1 and end the season at 11-5.

Ravens (8-5) have such a soft schedule that Lamar Jackson could disappear into the locker room for most of the game and they’d still win out. Jacksonville (1-12), then the “G-men,” who will be coming off their game with the Browns and could be out of the playoff conversation. The Ravens conclude with the Burrow-less Bengals (2-10-1). Ravens end the season at 11-5.

Titans/Colts are both 9-4 and have similar strengths of schedules down the stretch. Titans have Lions (5-8), then could take a loss at Green Bay (10-3) and will most likely wrap the season with a win at the Texans (4-9). Colts have the Texans, will probably lose at Pittsburgh (11-2) and will be heavy favorites at Jacksonville (1-12). Both teams finish the season 11-5, one is division winner (Titans), one wild card hopeful.

Dolphins (8-5) actually have a bit of a rough road to get to the playoffs, but if the Bills are resting players for their last game, Miami could win out. They have the Patriots (6-7), at the Raiders (7-6) and as previously alluded, have to go on the road to Buffalo (10-3). Oddsmakers will be forecasting the Dolphins finishing 10-6, but if Buffalo rests or the Dolphin defense proves real and they win out, ‘Fins end the season at 11-5.

If you are a Browns fan, here’s what you need to be rooting for with all of your heart, mind and soul: A. The Browns must go 2-1 in their last three games. B. The Dolphins can’t win out or Browns have to, too.

If those two things happen, I’ll see you at the bottom of a bloody Mary when the Browns play their first playoff game since 2002.

The New York Times disagrees with me and gives the Browns a 100% chance of making the playoffs with my exact 11-5 scenario, according to their calculator. Skynet may have a bug in their programming.

If the Browns go 1-2, at least the Raiders aren't a factor with their overtime loss to the Chargers last night.

The Case to End Divisions

Why is this concept so hard: every team plays each other the same amount of times? Whoever has the best record, gets to go to the playoffs. There are 16 teams in each conference. You play each team once. Rotate home field every year. The top eight AFC teams play the top eight NFC teams.

Divisions are historical and have always been a part of football, and they still can be. You’ll still play those teams and can have a division winner, it just doesn't impact seeding. You don't need to play your rival twice a year, just ask Ohio St. and Michigan. How can you argue that the current 2020 Washington Football Team (6-7) should be in the playoffs, let alone have home field advantage for the first round?

The NFL is all about dominance and winning and the being the best, so put the best eight teams from your conference in the playoffs. In 2010, the Seahawks were 7-9, made the playoffs and beat the defending champion Saints because of home field.