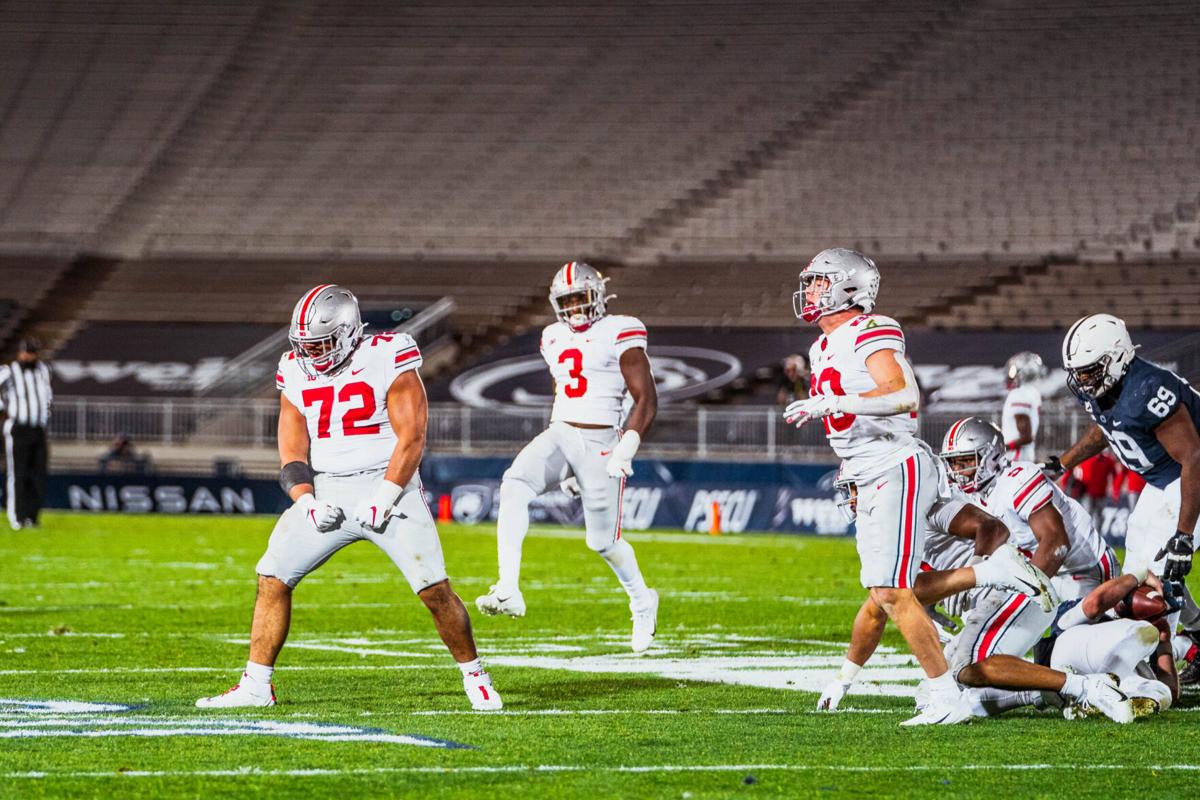 Tommy Togiai celebrates a stop at Penn State during the 2020 season. 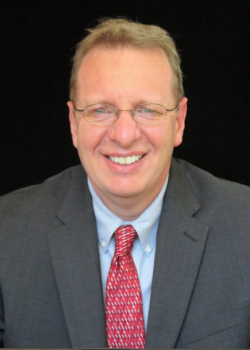 Saturday was a beautiful day in north central Ohio.

My wife took our dog for a much-needed trim. My daughter got her ears pierced. My friend attended the Civil War show at the Richland County Fairgrounds.

Unfortunately, my day was ruined by the Cleveland Browns draft performance on the final day of selections. I think the Browns turned in a spectacular effort on Day 3 of the NFL Draft. As a Bengals' fan, that's a terrible scenario.

Any mention of great Browns' drafts starts with the 1957 draft, when Paul Brown tabbed three future Hall of Famers in running back Jim Brown (1st round), offensive lineman Gene Hickerson (7th round), and defensive tackle Henry Jordan (5th round). Jordan earned his spot in Canton with his play in Green Bay, but the Browns were the ones who selected him on draft day.

Cleveland also had a fine effort in 1964 by grabbing two more future Hall of Famers in receiver Paul Warfield (1st round) and running back Leroy Kelly (8th round).

I'm not arguing what the Browns did on Day 3 is going to result in a couple of Hall of Famers -- I sure hope that's not the case.

But what Cleveland did on Saturday is the kind of thing that propels average to above average, good to great. Suddenly, this franchise may have gone from a playoff team to a dangerous playoff team.

In particular, offensive lineman James Hudson from the University of Cincinnati, defensive tackle Tommy Togiai from Ohio State, and Georgia safety Richard LeCounte are all three guys that can really play.

Obviously, I didn't sit in on their NFL interviews. I don't know any of these individuals or their competitive spirit. I wasn't at the Senior Bowl or their inidividual Pro Day workouts.

My interaction with them is strictly as a college football observer who has seen each of them repeatedly on Saturdays at various points over the past three years or so.

Based on that, and barring injury, each of them is someone I would expect to see in the NFL beyond their first contract. In fact, I wouldn't be surprised if each of them develops into a starter for the Browns.

Hudson is a converted defensive lineman, a very good athlete with his best days on the offensive line in front of him. They call these guys late bloomers, not unusual for big guys. Studs like this often get overlooked playing outside the Power 5 conferences. This was Hudson's fate with the Bearcats.

Any Ohio State fan can tell you about Togiai. His presence was significant this past season in the middle of the Buckeyes' defensive front. The drop-off in defensive effort against Clemson to the results versus Alabama were largely impacted by Togiai's absence in the national title game. He's a sturdy run plugger who consistently occupies multiple blockers up front.

LeCounte is someone I remember hoping Urban Meyer would land as a high school recruit. The Georgia standout is an elite playmaker with tremendous speed and the adjective "ball-hawk" fits his style perfectly at safety. Reportedly, LeCounte's stock plummeted with a subpar Pro Day workout. That's cause for concern, as someone with money on the line needs to be primed for that particular day. Still, I wouldn't discount a player of this caliber over one bad day. LeCounte will flash on special teams, bet on it.

In total, that's strong stuff, and it doesn't even touch on West Virginia linebacker Tony Fields, who was also drafted in the fifth round.

I'm not saying this is the second coming of the 1974 Steelers, when Pittsburgh chose four future Hall of Famers in receiver Lynn Swann, linebacker Jack Lambert, receiver John Stallworth and center Mike Webster to enhance the greatest draft class ever.

Really, what the Browns did in the first two days of the draft was OK. I don't see a superstar future for Northwestern cornerback Greg Newsome or Notre Dame linebacker Jeremiah Owusu-Koramoah.

But Cleveland no longer needs its first or second pick to be a superstar, just a contributor. These two guys won't join the egregious busts list of Mike Junkin, Brandon Weeden or Justin Gilbert or the tremendously overrated Johnny Manziel, Brady Quinn or Trent Richardson.

Picks like that can torpedo the impact of an entire draft class, and those guys did just that.

But for a team that pushed the AFC champion Kansas City Chiefs to the brink in a road playoff tilt just four months ago, a day like Saturday can be a huge step in the right direction.