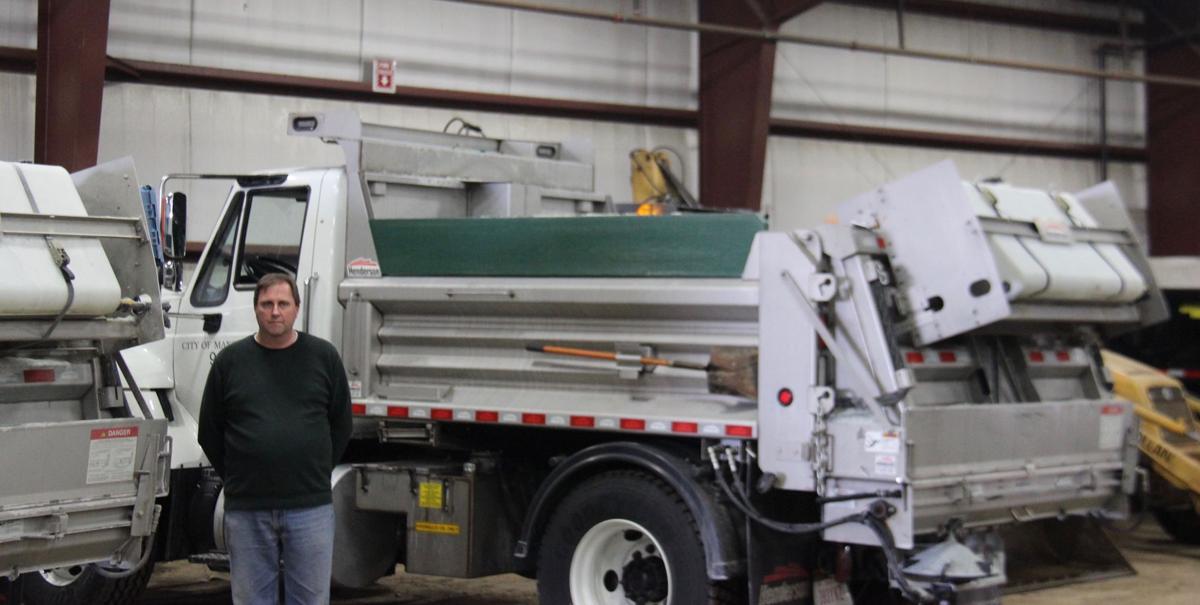 The salt barn at the Ohio Department of Transportation.

MANSFIELD — When a mid-January winter storm dumped a foot of snow in 24 hours last year, Mansfield officials took a lot of heat from residents who found the salt and plow response less than adequate.

The problem, according to Mayor Tim Theaker, came from the fact the city was only able to purchase about half as much salt as in previous years due to a supply shortage. He added the city doesn't have all the resources he would like when it comes to snowplowing.

The price of salt rose dramatically in 2017 after a leak in a mine on Whiskey Island near Cleveland  occurred, ruining the majority of salt much of the mid-Ohio region uses to clear roads for safe winter travel.

The scarcity of salt, mixed with a strike by the Whiskey Island Cargill mine workers, created a high demand for a small supply.

"Like two years ago, it was like $42, $46 a ton," said Adam Hill-Warren, Mansfield's operations supervisor. "Now prices are nearing $90. It makes it so much more expensive to do all this."

The cost proves to be a necessary evil for most Mansfield taxpayers, who made their frustrations known at a February 2019 city council meeting about the conditions of less salted roads last winter.

However, when it comes to ideas to better the city of Mansfield's salt situation, it seems the city is stuck between a salt rock and a hard place.

Are there less expensive options?

But according to Matt Bruning, press secretary of the Ohio Department Of Transportation, salt is the best financial option.

In preparation for this winter, the city spent $91.29 per ton of salt, $2 less than last year, said Dave Lorenz, the city's street department supervisor.

This year, according to Bruning, the Richland County garage purchased 9,540 tons of salt in its barn, less than its five-year average of 12,603 tons. Last winter, the county purchased 13,626 tons of salt.

"We're averaging about 14 cents a gallon for brine," Lorenz said. "We've used Beet Heet in the past. Beet Heet is $1.50 a gallon. So the Beet Heet with salt — we tried that once, but the cost effectiveness plus you are spending time with the guys mixing. It's all about the cost and effectiveness."

Another costly issue, the Mansfield Street department said, is if they were to use an alternative to salt brine, they'd have to purchase all new vehicles to distribute the new brine.

MANSFIELD -- David Lorenz, supervisor I for the Mansfield City Department has had a busy winter already, but he and his team have three new sa…

ODOT and the city of Mansfield are hoping prices will normalize after what has been thus far a tame winter.

"We have 66 percent of our salt barn still in stock," Bruning said.

Bruning said the state believes with less salt being used this year, demand will lessen for the following winters, allowing for more affordable salt for counties.

"We're all hoping. I'm sure statewide, everyone is hoping the same thing that it's going to go back down to $40, $50, anything but $90 really," Hill-Warren said.

After finding itself in a dilemma after the leak in the salt mine, the city of Mansfield created a sensible salting plan.

"Most of the snow belt counties do this also," Hill-Warren said. "We reevaluated the city of Mansfield and figured out what we needed to do (for safety)."

The city took the main roads, such as Park Avenue, Lexington Avenue, Diamond and Cook, and a route to the hospital, and made them Priority I roads.

Then the city works on secondary priority roads, those interconnected residential roads and bigger roads to get to the main roads, Lorenz continued.

To save money, the city has begun utilizing its sensible salt plan by spot-salting trouble spots.

"We go through the rest of the residential roads and just put brine on small intersection curves, hills, grades and such," Lorenz said. "Instead of salting the entire street, which has now a minimum environmental impact by using less salt plus the new trucks we use, we're using the pre-wetting systems (to apply the salt brine to the roads)."