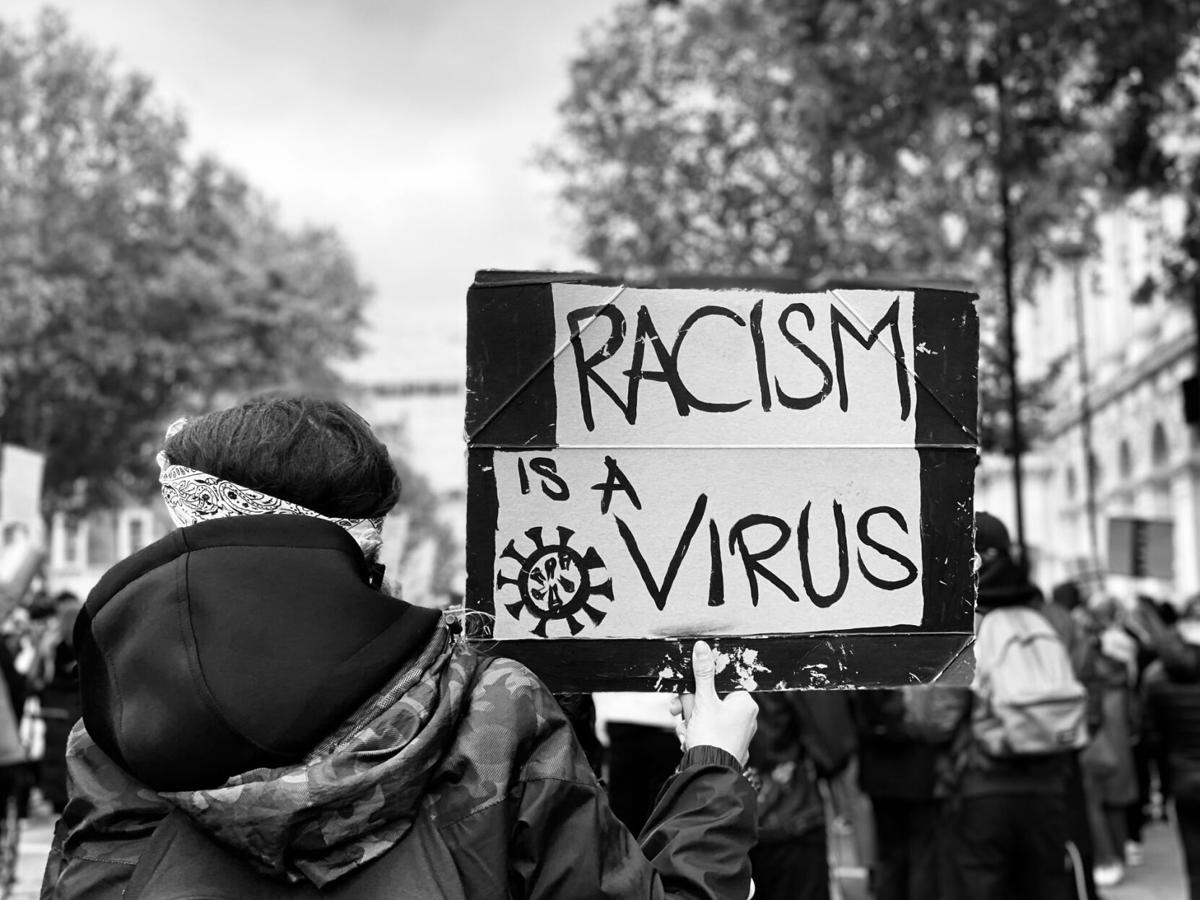 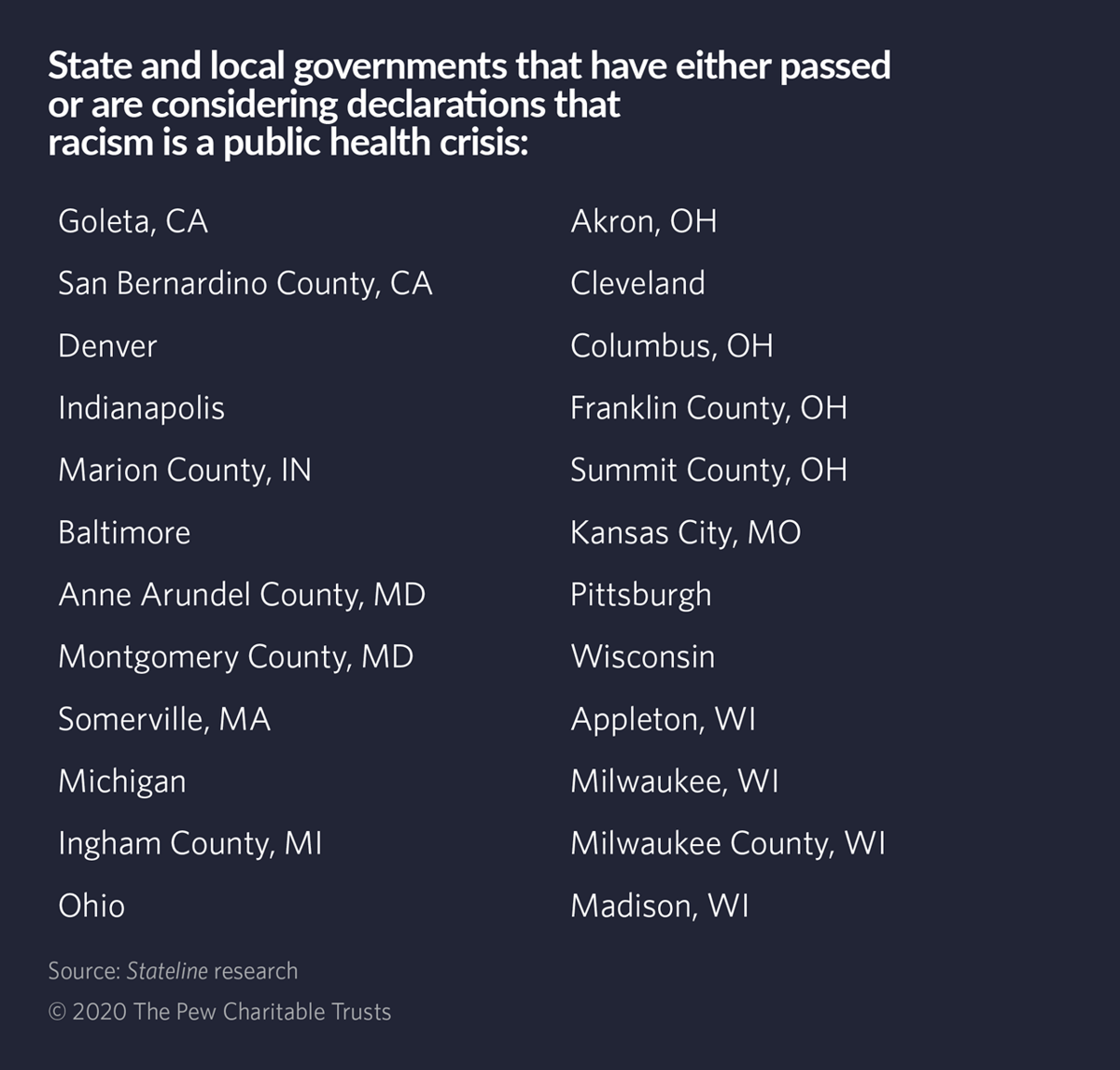 MANSFIELD — "When someone comes up with a medication that cures racism, I'll admit it's a health crisis."

That comment was left on the Richland Source Facebook page, under a report stating Mansfield City Council had just voted 5-4 against declaring racism a public health crisis.

In some ways, this statement is true. Racism is defined as "a belief that some races are superior to others, used to devise and justify actions that create inequality between racial groups."

Beliefs can't be changed with a pill.

But according to Richland Public Health, public health has been defined as “the art and science of maintaining, protecting and prolonging the health of the people through organized community effort."

The data surrounding a Black person's health in America is stark: Black women are up to four times more likely to die of pregnancy related complications than White women. Black men are more than twice as likely to be killed by police as White men. The average life expectancy of Black people is four years lower than the rest of the U.S. population.

The data argues that racism is a public health crisis because racism permeates every aspect of public health.

Cliff Mears doesn't see a racism crisis in his city.

"What I see is our residents going out of their way to embrace our diversity of races and cultures, and getting along just fine," the president of Mansfield City Council said after voting against the resolution to declare racism a public health crisis.

"Are there prejudices? Disparities? Yes. Is it at crisis proportions? Not in my view."

Systemic racism is sneaky. It's not about white hoods and burning crosses -- it's the kind of racism that infects the very structure of our society. Even Ben & Jerry's says it's real.

At first glance, it may be difficult to detect.

Statistics show that being Black is bad for your health. Multiple public health studies over more than three decades argue that systemic racism is a cause.

“We do know that health inequities at their very core are due to racism,” said Dr. Georges Benjamin, executive director of the American Public Health Association (APHA). “There’s no doubt about that.”

According to the Racial Equity Institute, there is consistent inequity in many "success indicators" including healthcare, education, law enforcement, child welfare and finance for Black Americans. Other factors include wealth, the criminal justice system, employment, housing, and politics.

• African Americans are 1.5 times more likely to be below “proficient” in reading in the 4th grade (NAEP).

• African Americans are 2.7 times more likely be searched on a traffic stop (BJS).

• African Americans are 7.0 times more likely to be incarcerated as adults (BJS).

• African Americans are 1.8 times more likely to be identified as victims by the child welfare system (DHHS).

• African Americans are 2.1 times more likely to be in foster care (DHHS).

• African American business owners are 1.7 times less likely to own a home (SBA).

Additional public health studies reveal the racism Black Americans experience in their daily lives creates stress that affects their internal organs and overall physical health. This results in a higher prevalence of chronic diseases such as high blood pressure, asthma and diabetes, as well as a shorter lifespan.

A Richland Source report in 2017 showed that Black infant mortality rates were strongly associated with stress. Research showed both the subtle and blunt effect of racism on pregnant women of color lead to a constant undercurrent of stress - and therefore less successful pregnancy outcomes for Black babies.

“There is no fair and legitimate reason other than the social disparities that we know and recognize that our Black infants in this country are dying at twice the rate of our White infants," said then-Richland Public Health Commissioner Martin Tremmel.

The ongoing COVID-19 pandemic has made health disproportions in marginalized communities even more stark.

A New York Times analysis of data from almost 1,000 counties reporting racial breakdowns of COVID-19 cases and fatalities revealed that, compared to White Americans, Black Americans and Hispanics were three times more likely to experience and two times more likely to die from the illness.

On the surface it may seem like racism doesn't exist because "everyone is getting along." However, systemic racism is about the often-invisible system of structures that have procedures or processes that disadvantage Black people.

“You can’t solve a problem until you define it,” Benjamin said. “So, the first step, the first thing you must do is name racism. Name it when you see it, you’ve got to call it for what it is.

"If it hurts people, if it kills people, it’s a public health issue.”

A swell of local public health declarations across the country could mark the beginning of better health outcomes for people of color.

Seeing racism as a public health issue rather than as a nebulous social issue “gives some substance and a way forward,” Benjamin said. “I think it gives (people) a reason for changing their behavior or their thoughts.”

At the federal level, Mansfield's own Sen. Sherrod Brown introduced a resolution to declare racism a public health emergency. He argued greater investment in public health and a better understanding of racial health disparities would help reduce the racist health gap.

“We will not make progress until we acknowledge and address all of the ways that centuries of racism and oppression have harmed Black and Brown Americans,” Brown said. “This resolution is an important step toward recognizing the racial disparities in healthcare that have existed for far too long while also outlining concrete action we can take now to help reverse them."

Paula Tran Inzeo, a director at the University of Wisconsin’s Public Health Institute, said pushing a declaration through the process can have an impact. It also invites accountability.

“Part of the work is to name and acknowledge that those things are true and that people in power believe that it’s true,” Inzeo said.

According to the APHA, in Ohio 17 cities and counties have declared racism a public health crisis.

The working group is required to continue promoting racially equitable hiring and promotion practices, as well as economic and workforce development. The group will also advocate and draft relevant policies that prioritize the health of people of color and mitigate exposure to adverse childhood experiences and trauma in childhood.

Franklin County Public Health and the Franklin County Commissioners each passed resolutions acknowledging racism as a public health crisis; the commissioners also resolved to enhance educational efforts aimed at understanding, addressing and dismantling racism and how it affects the delivery of human and social services, economic development and public safety.

“Hundreds of years of systemic racism, from slavery to segregation, redlining to Jim Crow, and discrimination in housing, finance, and education, some of which persists today, have led to predictable inequities,” said Franklin County Commissioner Marilyn Brown.

“We won’t solve these things overnight, but it’s important to start by recognizing them and beginning to work purposefully for change.”

In nearby Shelby, the city's Board of Education approved a resolution condemning racism and affirming the board's commitment to an inclusive education environment at their July 27 meeting.

The resolution will institute cultural awareness and diversity training put in place for both staff and students in Shelby City Schools this coming school year. Similar initiatives and resolutions have also been replicated in districts across Richland County, including Ontario and Mansfield.

"We're going to model and pursue appropriate behavior. It's just the right thing to do," said Supt. Tim Tarvin.

In Mansfield, the defeated legislation requested the Richland Public Health Board partner with the local community in discovering the causes and solutions of disparate health outcomes for the Black community and other communities of color in Mansfield and Richland County. It also called for the creation of a community task force to address these issues.

Although the legislation was defeated, that did not bend the spirit of those in the community fighting this battle.

Members of the Voices for Change, Activism and Leadership (VOCAL) are using it as fuel for their fire as they move ahead with plans for a community-based task force to tackle the city's issues resulting from systemic racial inequality.

Based on a study released in January by NECIC examining the "State of the African-American Community:"

• Twice as many Black households in Richland County are on food stamps as White households.

• Just 3.8 percent of homes owned in Richland County are owned by Black residents, although Blacks make up 19.2 percent of Mansfield's population.

• There are about 68 percent of Black men in the county who are simply out of the workforce.

• The unemployment rate for Black men is three times his White counterpart and its twice as much for Black women compared to Whites.

• Black students made up 29 percent of the Mansfield City Schools, but were far more likely to face disciplinary issues.

"We are a group of nine, diverse strong women," said Crystal Davis Weese. "Collectively, we will not lose momentum. (Council's vote) isn't going to stop the things already in place and things we have planned.

"It's just going to awaken more people to those who have consistently tried to ignore the problems created by racial inequality."

The group of women hopes to have the task force assembled by the end of August and meetings underway by mid-September. The idea is to form subcommittees for particular topics, including health, mental health, housing, employment, education, business, and criminal justice.

The community as a whole has also shown a hunger for change. A small group of protestors gathered in front of the Richland County Courthouse Aug. 11, days after Mansfield City Council voted down the resolution declaring racism a public health crisis.

“We are exhausted," said rally organizer Latonya Palmer. "(Racism) impacts us because it is a daily stressor which impacts our health. We do not get the attention we deserve, the health care we deserve and that impacts us.

“Once you declare that there’s a problem, then you must do something to fix it and they don’t want to be held accountable for that."

Commentary: Yes, in my Mansfield