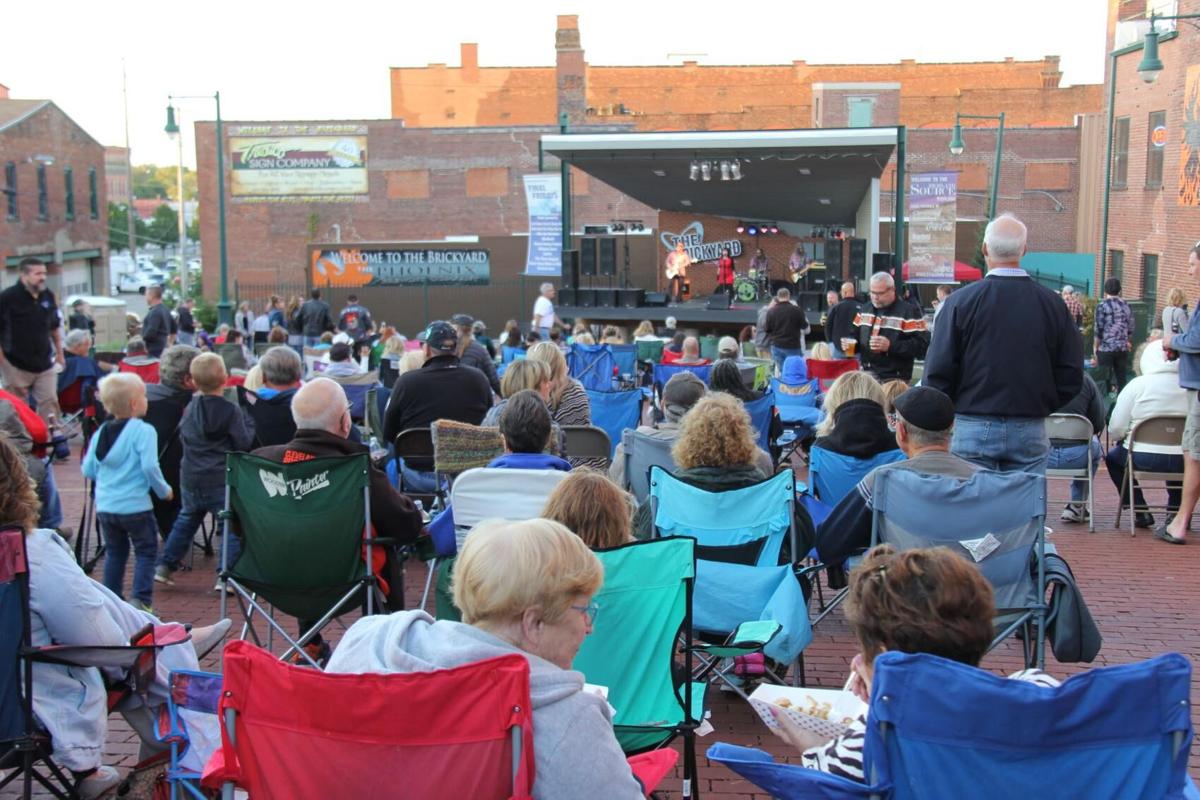 Mansfield's Brickyard has served as inspiration to Ashland as leaders consider a long-term vision for downtown Ashland's South Street. 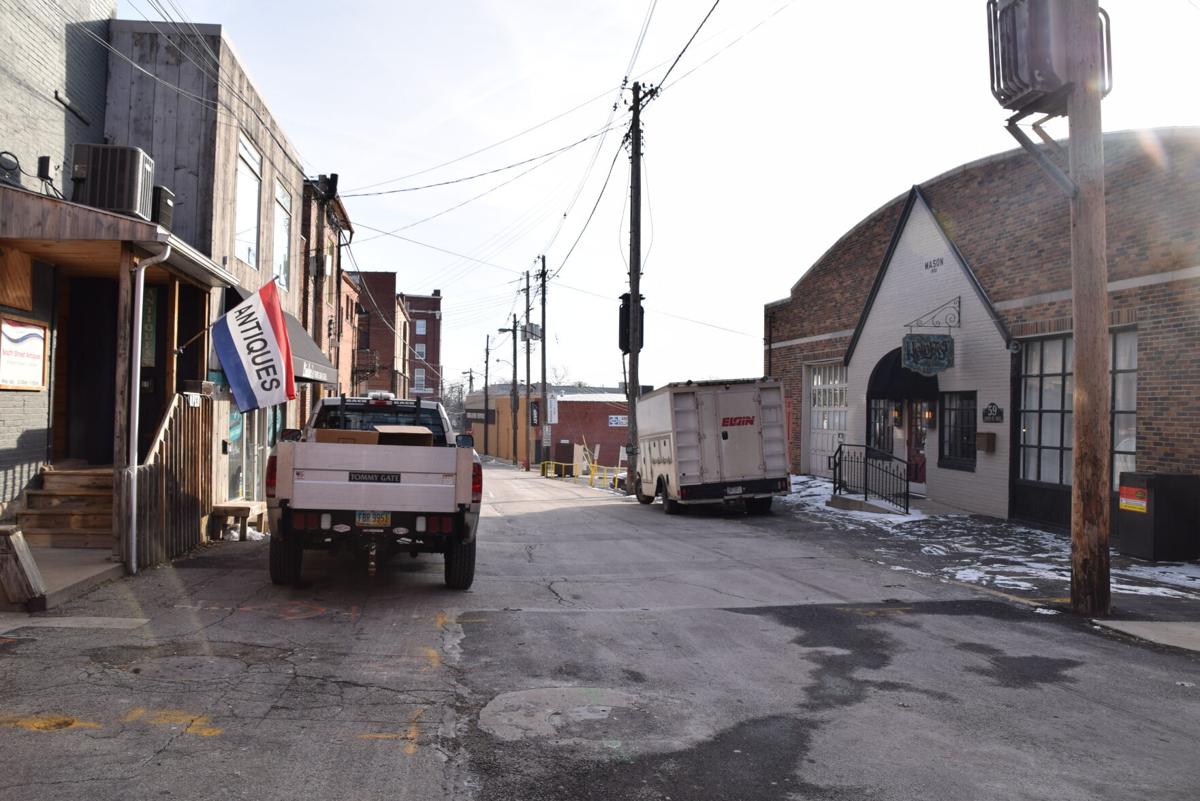 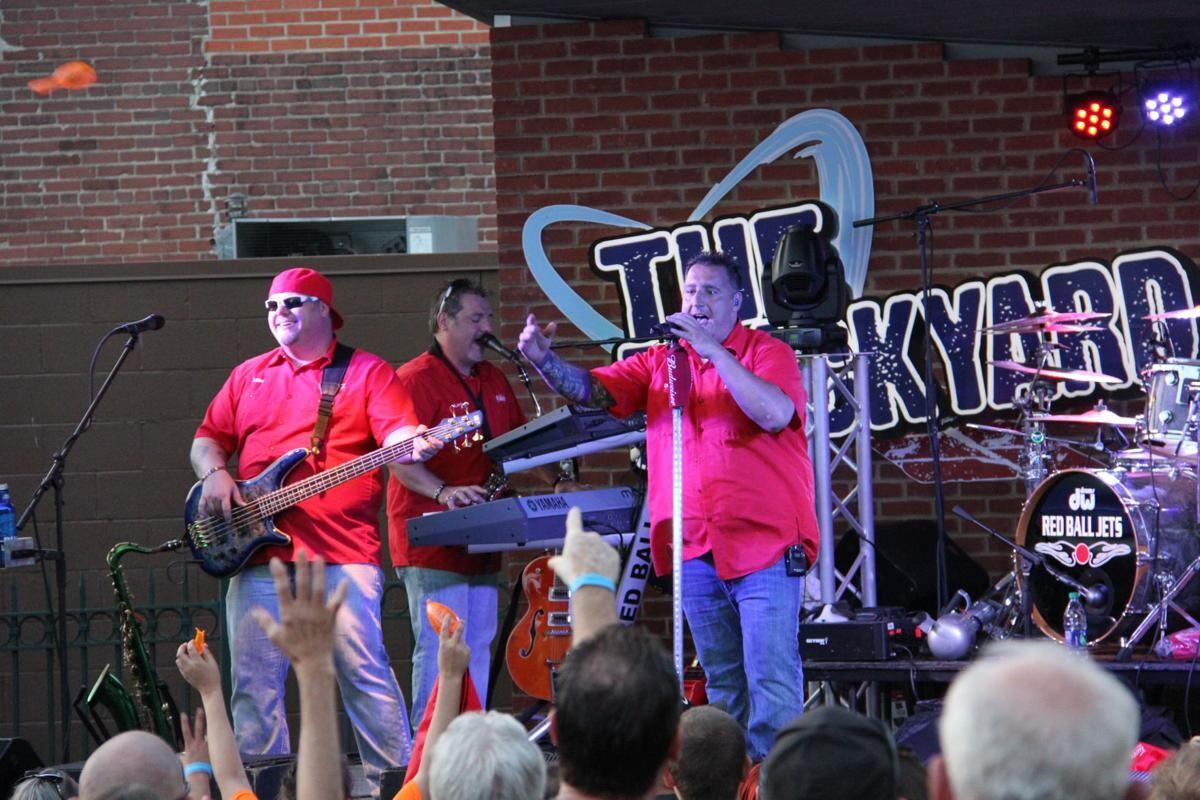 The Red Ball Jets perform at a Final Friday Concert in Mansfield's Brickyard.

This is part five of a multi-part series. Read about Ashland's South Street and its potential here.

MANSFIELD -- As Ashland ponders the long-term potential for South Street, nearby Mansfield’s popular summer concert venue could provide inspiration and a few lessons on how to create a unique space -- one that feels special to the community and is different enough from other places to draw from elsewhere.

Typically at this time of year, Mansfield’s Brickyard would have already hosted its first of five monthly, summertime concerts. Live music would have echoed through the streets of downtown Mansfield in late May as hundreds gathered for the first show of the Final Friday concert series.

Like many spring and summertime events, the series was impacted by the COVID-19 pandemic. Downtown Mansfield Inc. (DMI), which organizes the concerts, canceled the May show, but holds hope that the remainder of the series will continue.

“When it started -- it’d be 12 years ago now -- it was very small. Maybe 25 came for the first one, then it grew slowly,” said DMI executive director Jenn Kime. “Once it got rolling, we saw people coming in from all over the place: Cleveland, Columbus and well, some of the first people who were coming over were from Ashland.”

The now beloved Final Friday concert series launched in 2007 with a small crowd of friends and family. The first concert was held in the brick parking lot directly outside of the Bureau of Motor Vehicles in downtown Mansfield.

It was an initiative to get people to “come downtown and see what’s happening,” Kime said. Her organization aimed to promote the small, locally owned businesses surrounding the Brickyard, which is sandwiched between Mansfield’s Main and Diamond Streets and Fourth and Fifth Streets in the heart of downtown.

Though the small crowds were discouraging early on, DMI pushed forward, recognizing that attendance was growing gradually.

“It was growing slowly, and that’s what told us we were on the right track,” Kime said.

Eventually, the concert series moved to another portion of the brick parking lot, located nearer to Diamond Street in the space that many know now as the “where the food trucks park.”

After a few years there, concert attendance allowed the construction of a stage near the back entrance to The Phoenix Brewing Company. The project created perhaps downtown Mansfield’s most unique spot and drew hundreds, then thousands for the concerts in the years to come.

Now, the Brickyard is more than a concert venue. The space is owned by Engwiller Properties, but operated by DMI through a long-term lease, Kime explained.

Last year, a couple booked the space for a wedding. The Brickyard, which functions as a parking lot on most days, was blocked off for the rare occasion.

According to Kime, DMI is especially careful to be respectful of the business owners in the area. Closing the space -- whether for a private event or a public concert -- affects parking and traffic flow.

“Most places are understanding that it happens only five times a year,” Kime said about the concerts.

DMI and a crew of volunteers spends months preparing for the events, and works into the night cleaning the space after the crowds disperse. She doesn’t make light of this, saying it's become a significant undertaking in recent years.

“We consider ourselves cultivators of a community down here, so we don’t want to leave a trail of mess behind. We are continuously looking at making sure any (negative) impact is minimal,” Kime said.

Businesses like the Phoenix Brewing Company partner with DMI for the annual concerts. They’ve sponsored the series for years and collaborate with the organization to sell their beer outdoors for the occasion.

In earlier years, downtown restaurants sold their food outdoors, too. Now, they operate from their own buildings, and an array of food trucks set up additionally to handle the volume of people, Kime said.

The concerts have become wildly popular, and often, Kime is asked, why not hold more?

It’s a balancing act, she said. It takes significant planning and numerous volunteers. Plus, she continued, DMI doesn’t want to over-do it. The goal is to promote local businesses, not overwhelm them with constant crowds and complicated traffic flow.

Since the Brickyard became a popular spot within Downtown Mansfield, other places have reached out to Kime about how they can create similar spaces within their communities. Beyond collaborating with local businesses, she says the best advice for another community looking to create a “unique space” is to make it just that -- unique.

“Someone from Dublin, (Ohio) asked me, ‘Why are people driving to Mansfield for this? We have free music all the time,’” Kime said. “It’s because we have that; we’re authentic. It feels different to come here.

“I think people know when things are authentic, and it affects the community’s response, so I’d say think about what can make it really unique to your own community.”

She added that she’d love to see and visit such a unique, downtown gathering spot in Ashland for concerts or any community event.

Ashland’s South Street has been closed off before for some events in the past. Mayor Matt Miller recalls holding a campaign event in the space, and Substance Church has held Fall Festivals for the past few years.

The city has no intention of permanently closing off the space, Miller said. The space is too important during the daytime for deliveries to Main Street and South Street businesses, but he and other community leaders see potential in the street. It could be one of Ashland’s “unique spots” -- a place with character to gather and experience the downtown.

"Very few people probably realize how many front entrances to businesses exist off the South street, so already there's built in activity on South Street, but we could imagine a day in the future, where maybe on a Friday evening after 5 or 6 p.m., South Street is closed to automobiles and truck traffic, and instead becomes an outdoor gathering place or a special event," Miller said.

Creating this space on South Street, which connects to Claremont Avenue and runs parallel to Main Street, is part of the city’s five-year targeted action plan.

Miller compared its potential to the Brickyard and spaces in Cleveland.

"A space where there's a lot of outdoor patio seating, and maybe the Edison lights criss crossing the street," he said.

Leaders in Mansfield did add Edison lighting in two alleyways leading to the Brickyard for a pop-up project last summer, but the lighting wasn't kept permanently. The project did lead the City of Mansfield to install a brick crosswalk leading from its municipal parking lot to the Brickyard though.

"The more we can draw and give people a reason to come downtown, everyone benefits. And this would just be another way to attract attention to downtown and give people a unique experience on South Street," Miller said.

"When the movie theater is open -- reopened -- can't you imagine? Maybe on an evening, people come down, they stop at the brewery, maybe have dinner at the new restaurant coming to the (former) Associated Charities building, and everyone is on the streets gathered, enjoying the space, and then they go over for a show at the theater."

To read more about this plan and the city’s vision for South Street, see Part I of this series.