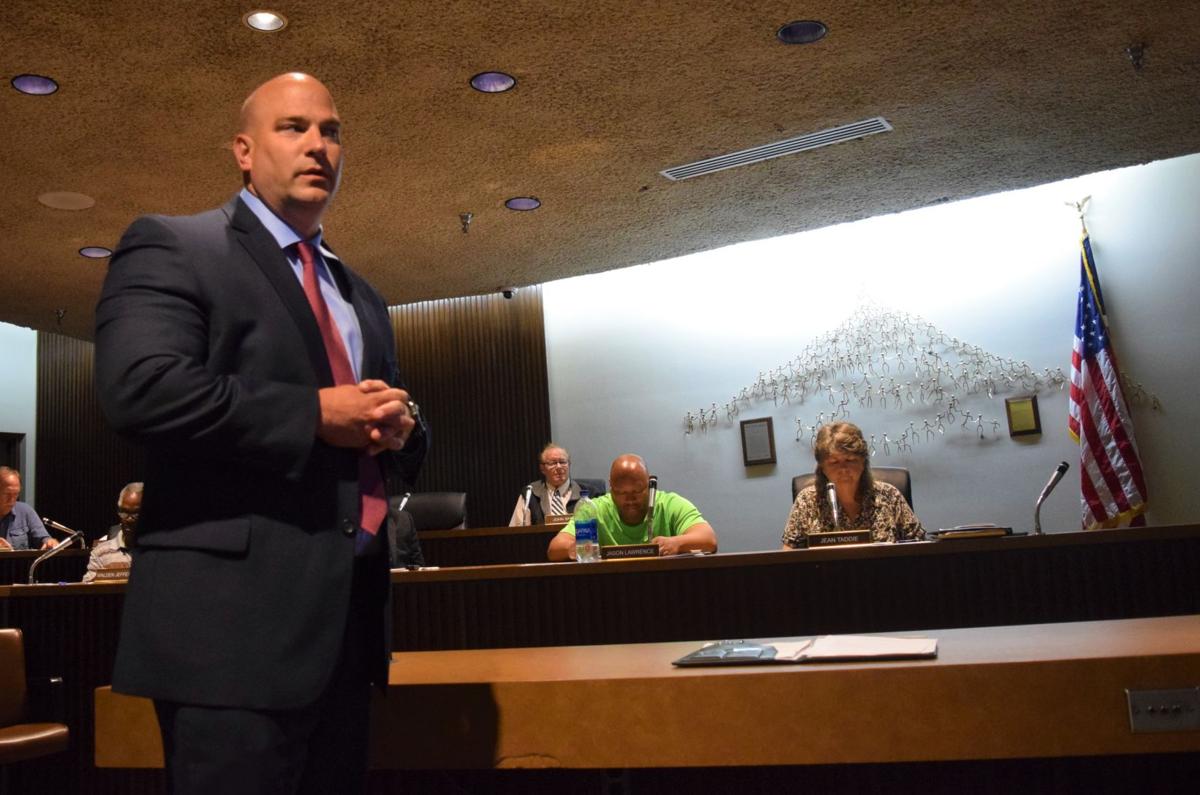 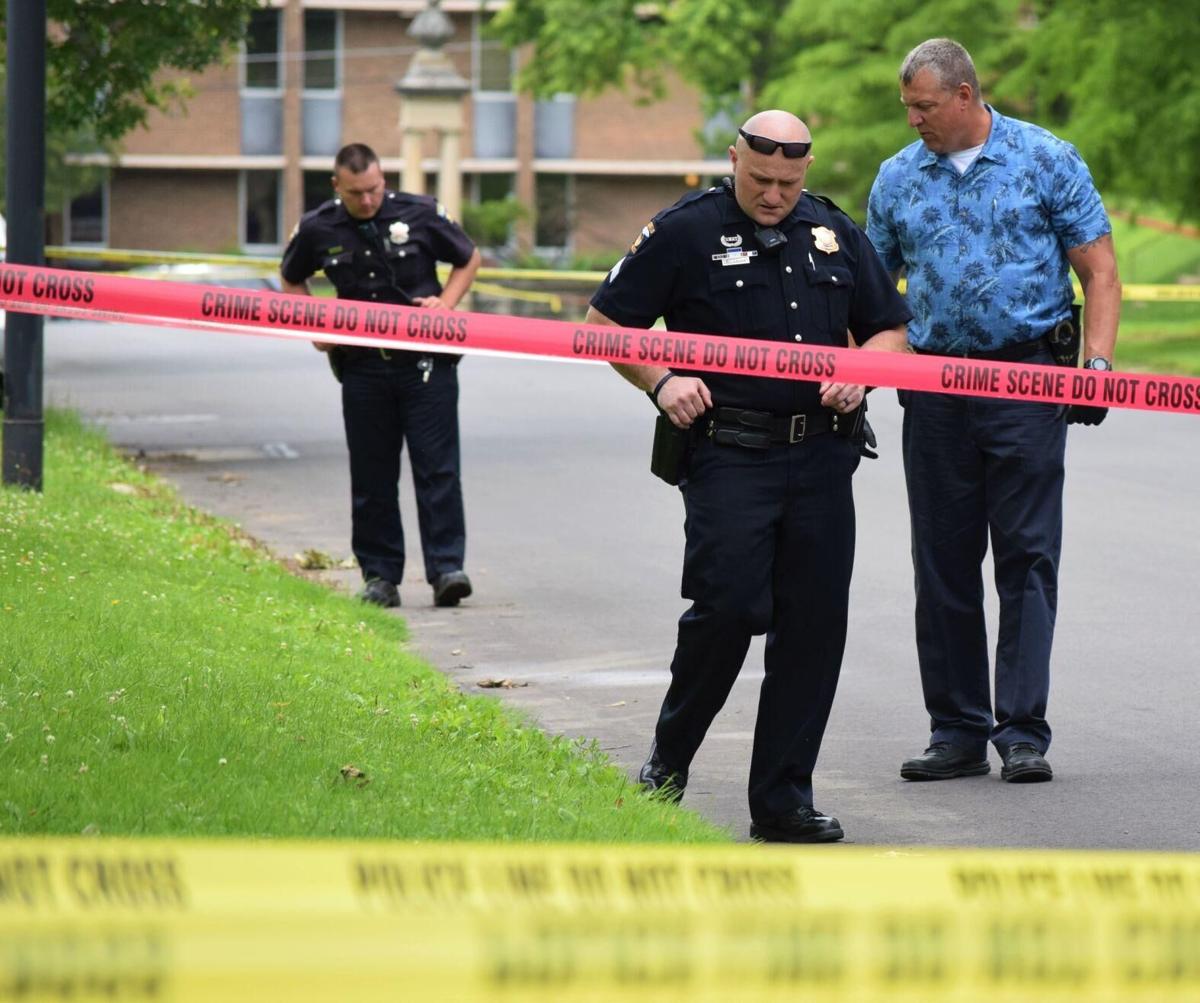 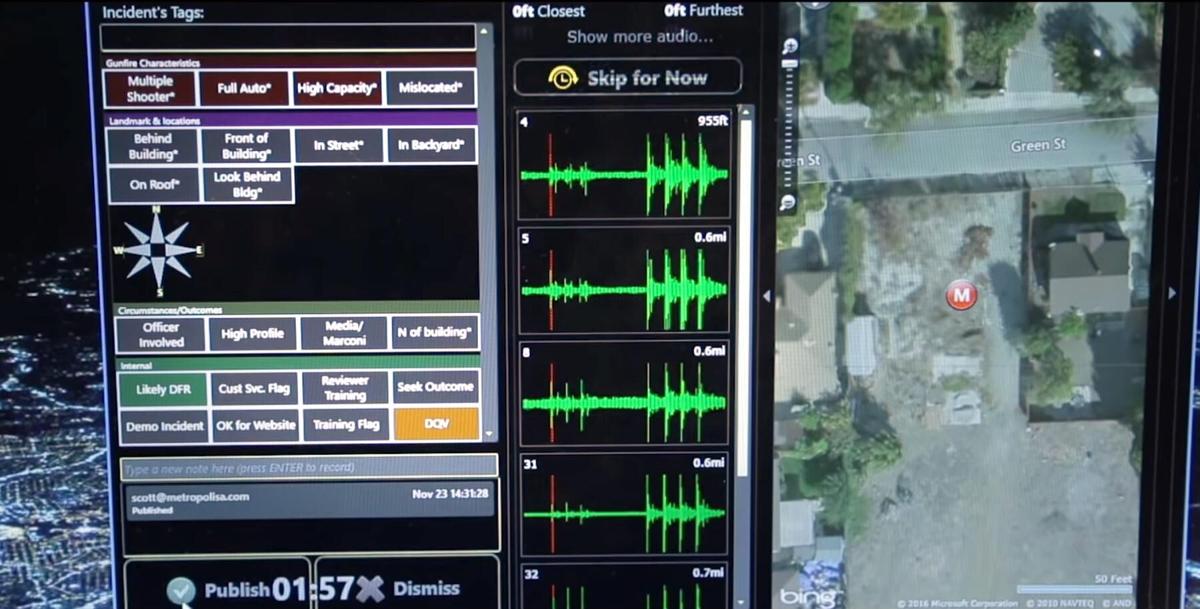 Bridgeport, Conn., uses ShotSpotter technology, a system designed to detect, locate and alert police when gun shots are fired around the city.

MANSFIELD -- Just over a week ago, five Mansfield residents were wounded during a drive-by shooting in front of a Sturges Street residence.

Mansfield police responded as soon as the Oct. 20 shooting was phoned in by residents, but valuable minutes were lost in a time when seconds can mean everything.

Fortunately, no one was killed during the recent shooting incident. But if that same thing happened a month from now, ShotSpotter sound-recognizing technology could be on the case almost instantly, perhaps providing the difference in saving a life, catching a shooter, finding evidence and locating witnesses.

It's advancing technology, developed over the last two decades, that is now being used in about 100 cities across the country, including four in Ohio.

Mansfield police Chief Keith Porch will ask the city's Board of Control on Thursday to approve the acceptance of a $47,500 grant from the Northern Ohio Violent Crime Consortium to create a one-year test and evaluation of the technology in Mansfield.

The city will use $2,000 from funds seized in criminal investigations to cover the remainder of the $49,500 project.

The grant will allow the city to deploy the technology, which places acoustic sensors on buildings and light poles, over a one-square mile area of of the city's 31-square mile area for that 12-month period.

According to the company website, "ShotSpotter enables police, when they choose, to get reports of shots fired in a much shorter time frame – in Chicago, within 20 seconds instead of seven or eight minutes, according to their chief of police – and to build trust with the community and gather evidence, spent bullet casings, to begin to trace guns that could be used in crimes."

The sounds of the shots are triangulated by the sensors, allowing the precise location to be determined. The technology is sophisticated enough to tell the difference between a gunshot and fireworks/other sounds, according to Porch.

Porch said Wednesday his department worked with the company to select the coverage area, which he said had the most reports of shots fired and other gun incidents.

The chief first broached the subject of such technology as part of the solution during a special Mansfield City Council safety committee meeting in July 2019 after a spate of gun violence in the city.

While he declined to offer the specific location, the chief said it would be used in an area roughly from Glessner Avenue to Bowman Street.

"We are very fortunate to get the grant funds to test and evaluate this technology," Porch said.

Toledo is one of four Ohio cities using ShotSpotter. Porch and his department leaders visited Toledo, watched the system in action and came away impressed.

"Toledo is in their third year with the system and the results they have seen are phenomenal," he said.

The system detects shots the moment they are fired. Within 60 seconds, the company transmits information to the subscribing law enforcement agency, providing details, including the location of shooter, number of shots fired and even direction of travel if the suspect is moving.

The information is sent to dispatchers at the same time it's also transmitted to officers on patrol.

Certainly, the technology is aimed at helping police safely apprehend gun-toting criminals. But it's also about making at-risk neighborhoods safer by removing those suspects and guns from the area.

According to a 2018 story in Forbes magazine, "the company’s newly successful business model is built on an updated version of the broken-windows theory of policing: Pay attention to the 'minor' problems facing a community, and you might prevent some of the bigger problems from happening.

“The gun distracts from the idea that people require a level of service and a level of care,” said Ralph Clark, the CEO, who grew up in Oakland, in a neighborhood plagued by gun violence. “ShotSpotter is a tool to build normalcy in at-risk communities.”

Clark said gunshots often go unreported by residents and that ShotSpotter makes sure police are notified.

In Camden, N.J., a city of about 75,000, ShotSpotter was deployed in 2015 and was immediately credited with helping sharply reduce the homicide rate in that community.

In Columbus, ShotSpotter helped police find four shooting victims in cases where no one had called 911. All the victims lived.

In Springfield, Ill., ShotSpotter was activated in a 4.25-square mile area in May. Since then, it has detected 654 shots, a number that far exceeds the number of calls for service.

“What does that mean, to me? It means that obviously we need more engagement, we need more community outreach in those areas because we’re just not getting the calls for service,” Springfield Police Chief Kenny Winslow told the State Journal-Register.

The Kent County Board of Commissioners on Oct. 22, unanimously approved allocating that amount of federal Coronavirus Aid, Relief, and Economic Security (CARES) Act dollars to the city for the ShotSpotter project.

The sensors would likely be deployed throughout a 3-square-mile area of Grand Rapids, in areas where gunfire tends to occur.

ShotSpotter has reduced gun violence in Baltimore, according to a report by a TV station in the city of 600,000 residents.

Porch said if the evaluation period is successful, the key will be finding funding to continue beyond the grant and perhaps expand the coverage area to two or three square miles.

"Based upon the size of the city, we are getting a discounted price. Toledo pays about $79,000 per square mile and they have four miles (of coverage)," Porch said, indicating larger cities pay more for the service, some relying on private donations to help provide the service.

"What's most important to me, if the evaluation is successful, is sustainability," Porch said. "From all the conversations we have had with officers in other communities is the system allows you to locate victims sooner, successfully gather evidence faster and apprehend suspects with firearms quicker."

In 2019, according to Mansfield police department records, firearms were used in 20 incidents of aggravated assault or felonious assault and one murder.

In February, Porch said detectives and patrol officers have been told any case with a firearm is the department's top priority. There were four shootings in Mansfield during the first month of 2020.

The chief said if the Board of Control approves, the ShotSpotter system could be up and running in about a month.

"This is a good time to test and evaluate the system," he said. "We are in the process of creating and implementing policy to guide our usage of it.

"On its face, it looks fantastic," Porch said. "This technology could be a clear benefit to the police department in dealing with gun violence and a benefit to the safety of the citizens of Mansfield."

As many as five people were shot late Monday night in what Mansfield police described as a "drive-by shooting" in the 100 block of Sturges Avenue.