MANSFIELD — For the last three months, America has become accustomed to wearing masks in order to prevent the spread of the novel coronavirus.

But on Sunday night, as protests against systemic racism and police brutality continued across the nation, six local women talked about a different kind of mask – the kind needed to survive in America, pandemic or not. 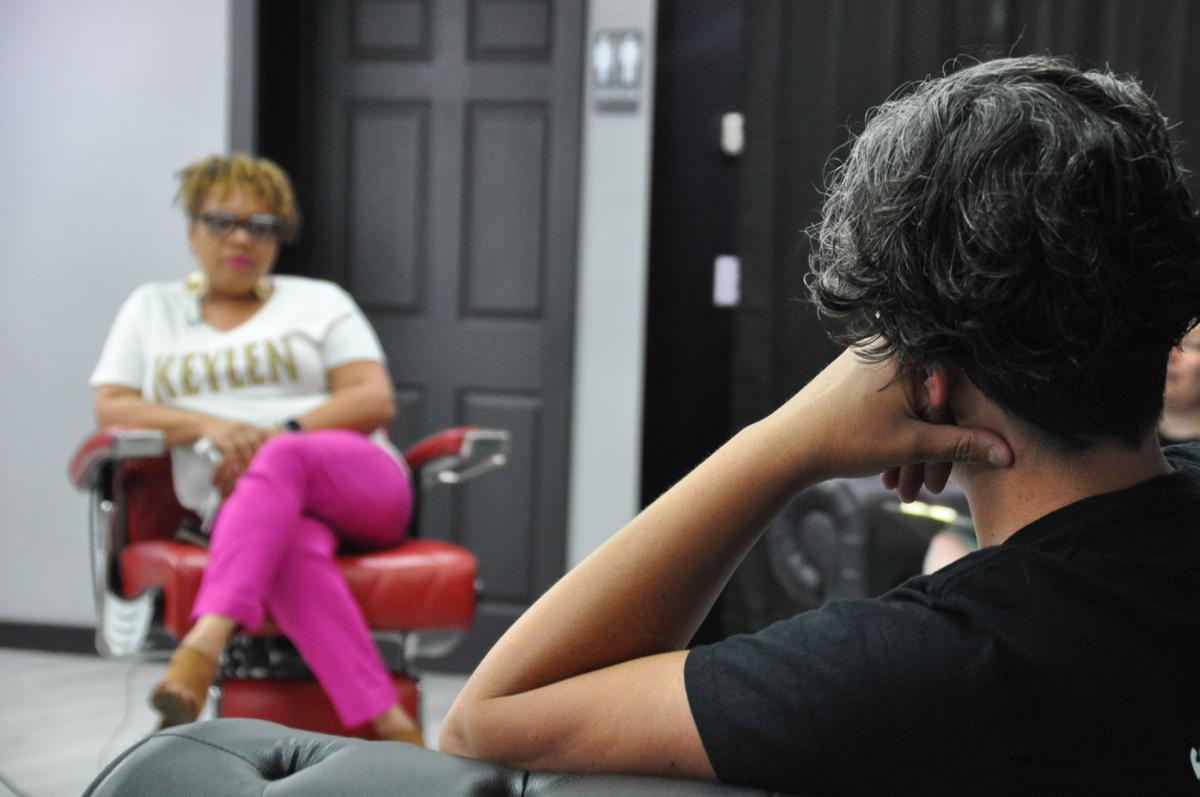 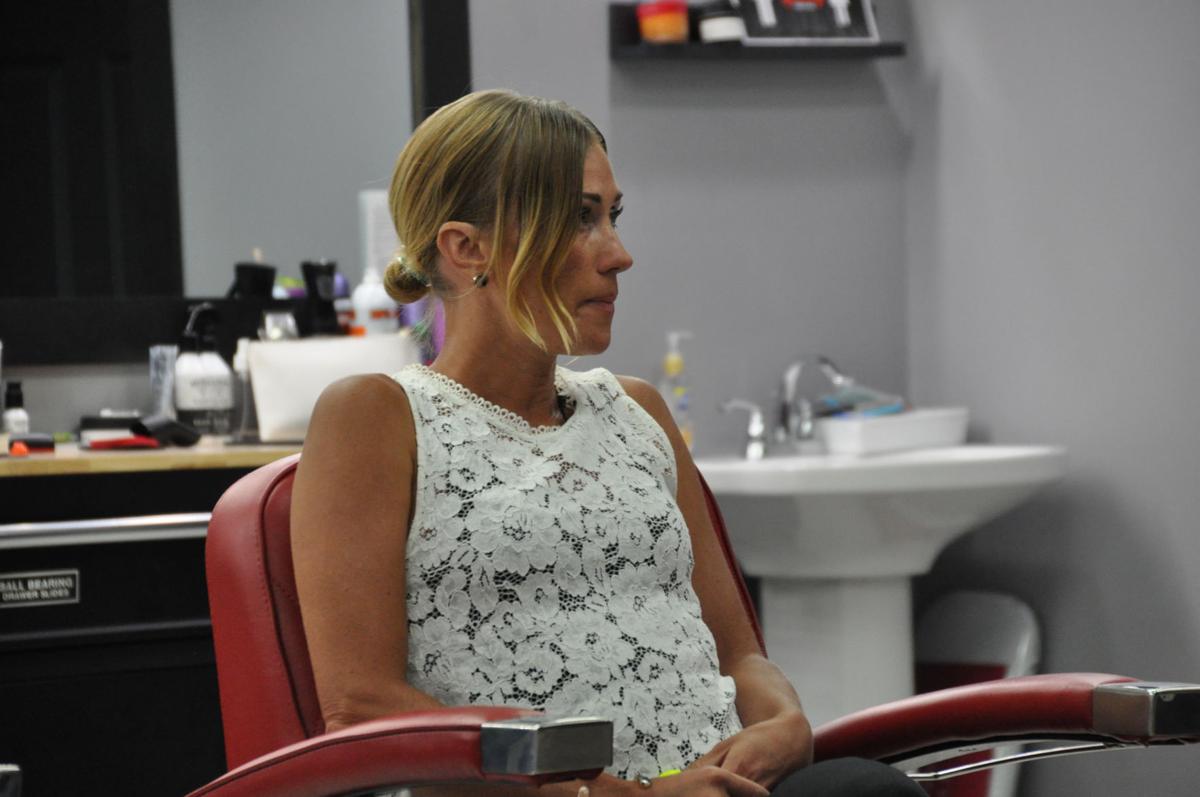 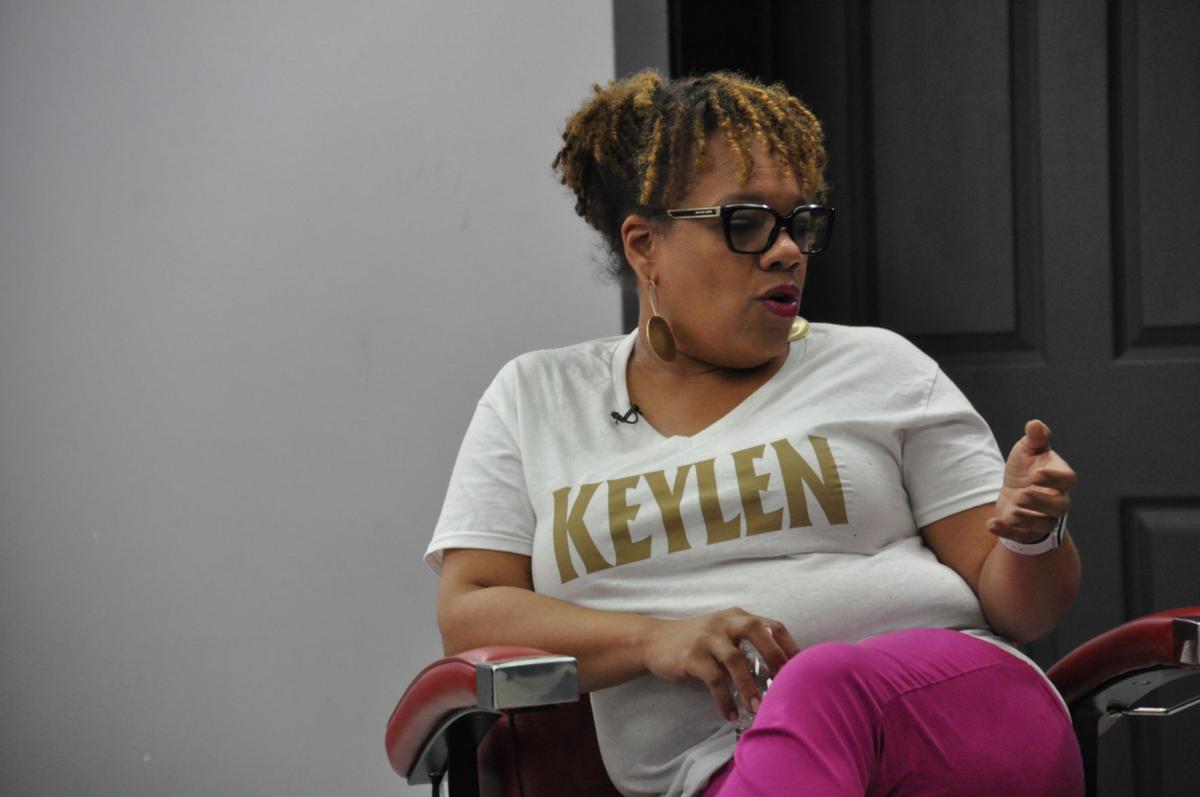 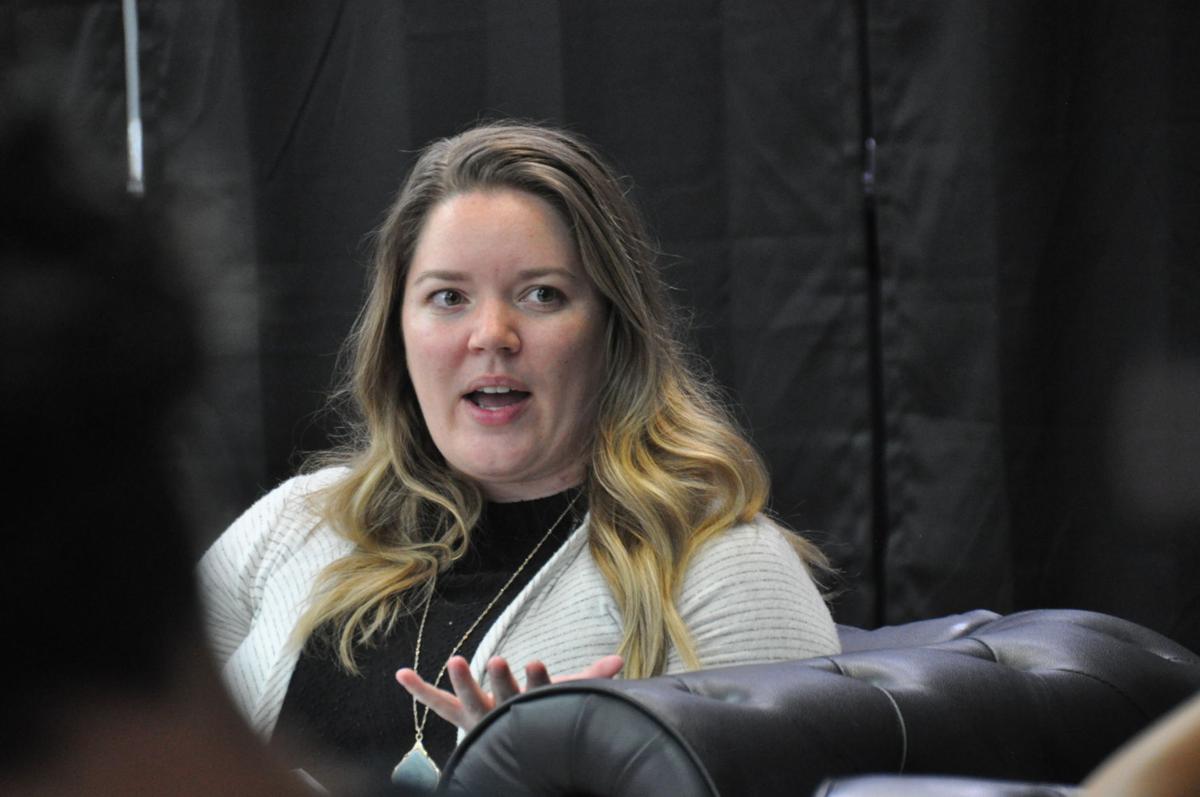 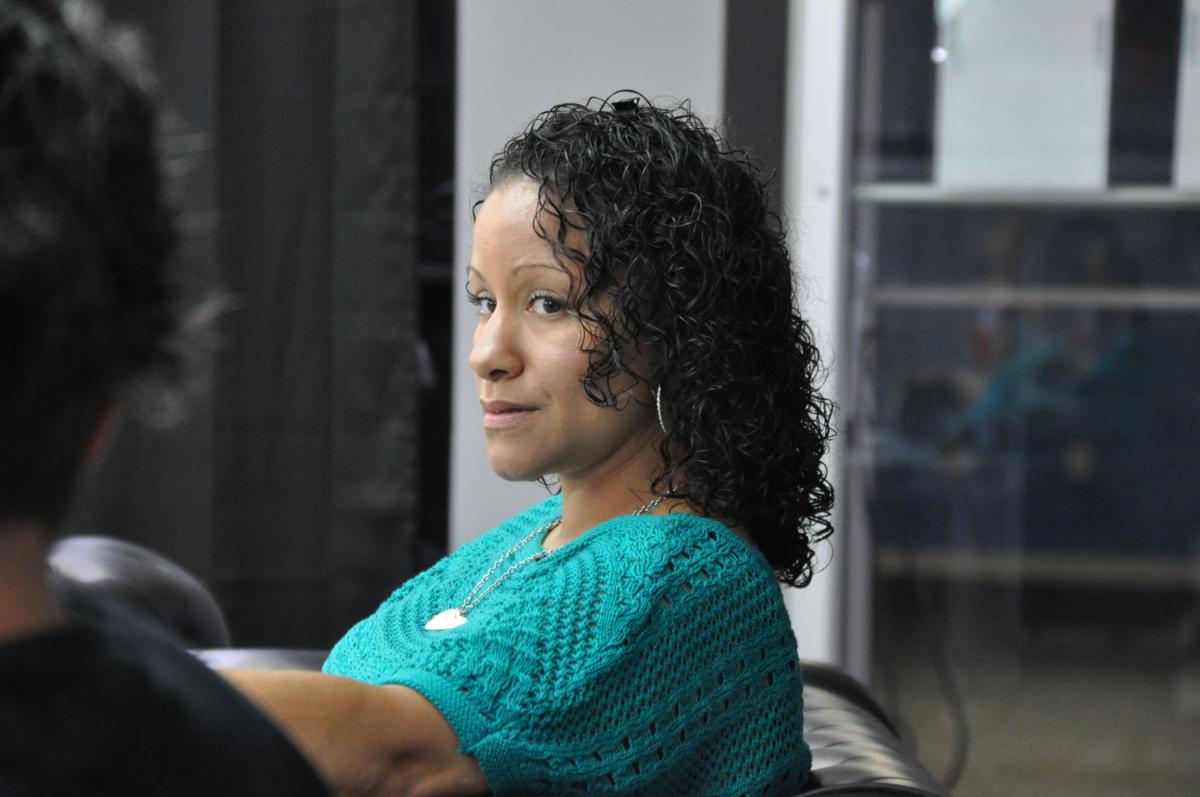 Mansfield resident Marie Holbrook discusses race, femininity and motherhood during the third installment of "Shop Talk" on Sunday night at 419 Barbershop in Mansfield. 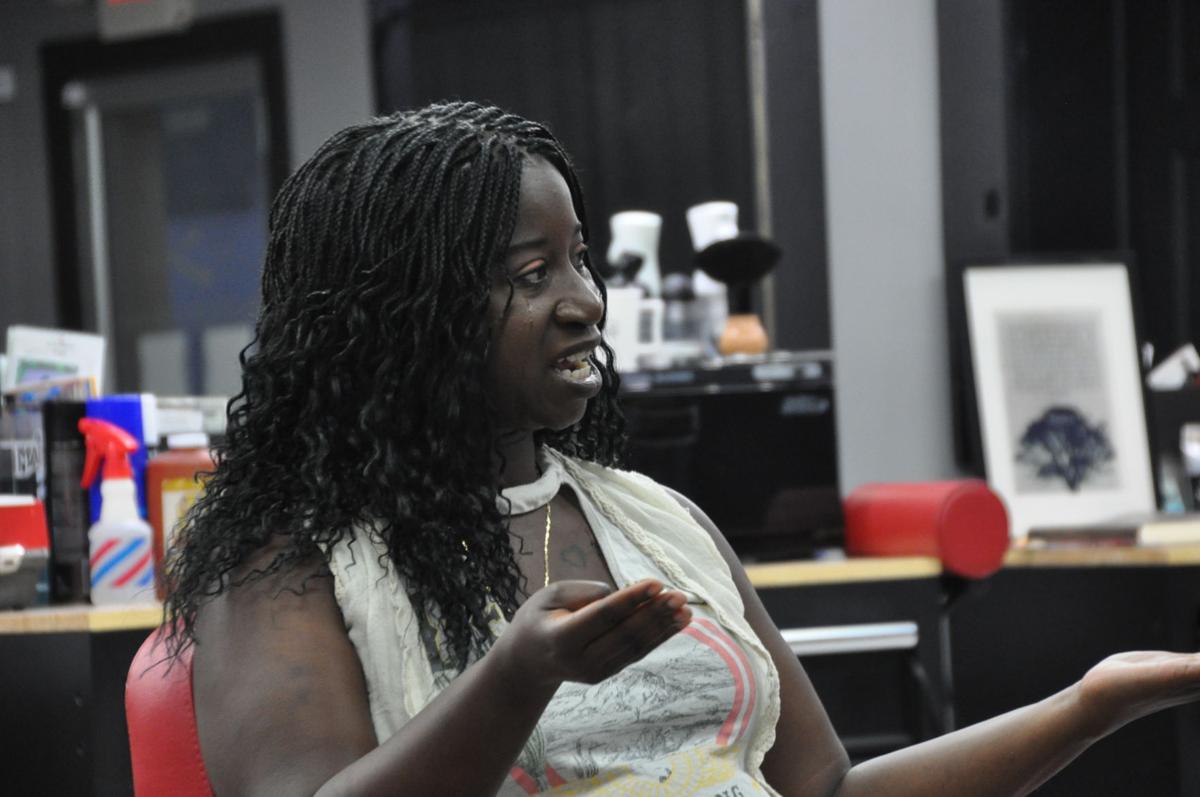 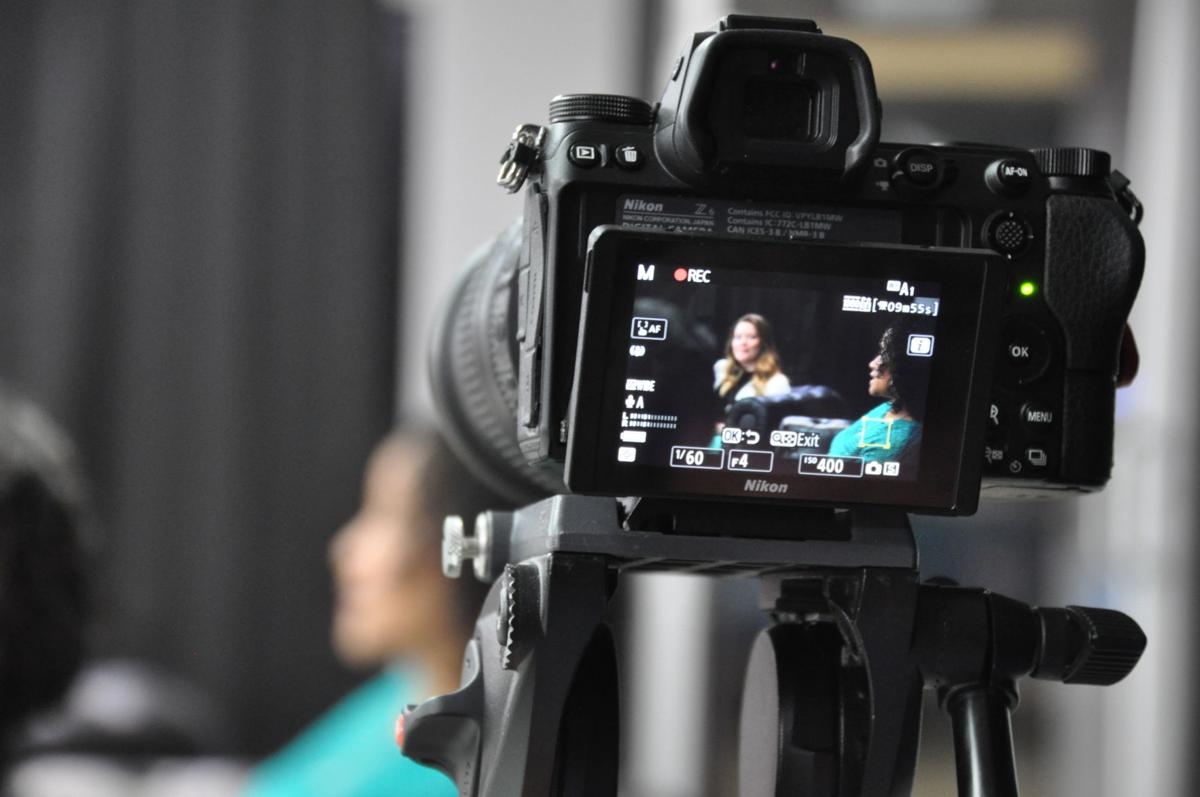 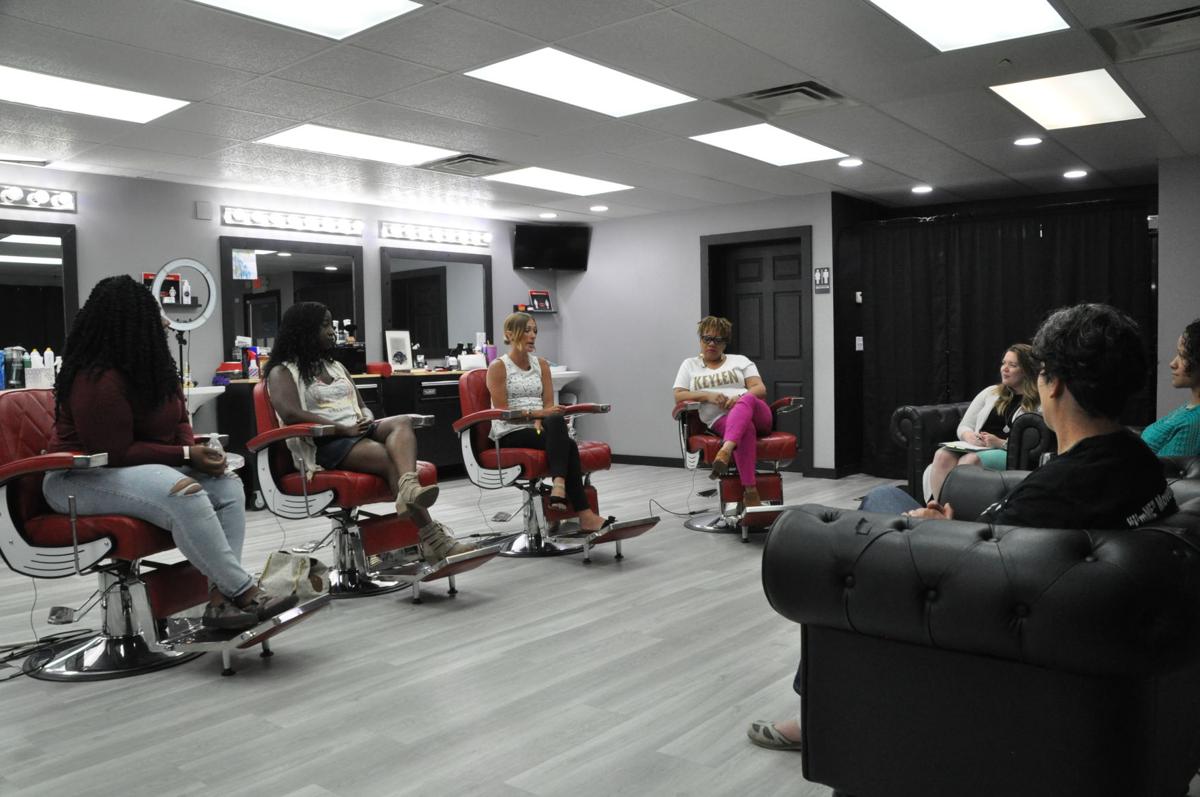 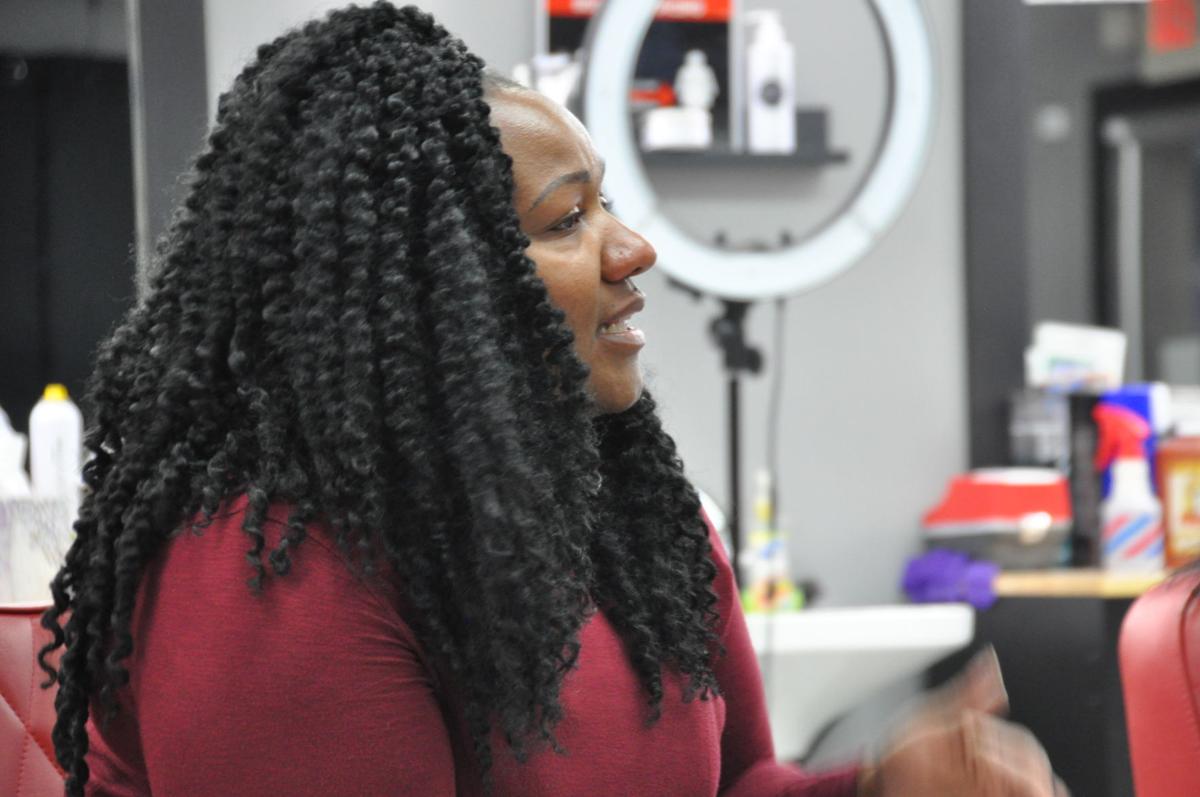 Mansfield resident Marie Holbrook discusses race, femininity and motherhood during the third installment of "Shop Talk" on Sunday night at 419 Barbershop in Mansfield.

It was the third discussion in a series called “Shop Talk,” a collaborative effort between 419 Barbershop, DRM Productions, Mankind Murals Inc. and Richland Source that aims to ask and answer difficult questions surrounding race in America.

Four of the women at 419 Barbershop on Sunday were mothers of Black boys – children and adults – and the discussion centered largely around the toll of raising and caring for them in today’s racial climate. While America is still reeling from the death of Minneapolis resident George Floyd, Mansfield resident Deanna West-Torrence said Black men have feared police brutality for decades, and that her motherly fears are deep-rooted.

Studies show that Black men in America are up to 3.5 times more likely to be killed by law enforcement than their White counterparts. An estimated one in every 1,000 Black men will die at the hands of the police.

“I don’t want to show them that. I don’t want my children to go around, feeling like they have to live every day in fear – that every interaction is something to fear, that they need to fear White people or the police,” said Mansfield resident Christina Beauford, a mother of three biracial children, including a 14-year-old son.

“I don’t want to convey that to them. But it becomes a battle, too, because you want to keep that from them, but it’s a reality.”

This is the balancing act of being a mother to a Black child: instilling love and confidence and optimism, while also making sure that child is tough enough to handle the real world.

“I fear that I’m not doing enough by him to raise him in a world like this – if he’ll make it, because he is so sensitive…” said Mansfield resident Kathryn Bartlett, who has a 10-year-old Black son. “That’s my biggest fear, is raising him to be strong enough to live in this world.”

‘Twice as good to get half as far’

In the eight minutes and 46 seconds Floyd lay on the pavement, suffocating under the knee of a Minneapolis police officer, he managed to gasp America’s most haunting phrase: “I can’t breathe.”

Then, he called for his mother.

It produced a visceral reaction for West-Torrence, the mother of three Black men, ages 26, 27 and 30. Floyd was 46; he was taken into custody for allegedly using a counterfeit 20-dollar bill before his death.

“It’s so deeply personal,” she said. “Everyone who looked at that video knew it could be them. It could be your son, your dad, your brother. There was something that shook everyone.”

The mothers attending Sunday night’s discussion view Floyd’s death as another reminder of the standard to which Black men are held by society. There is far less room for error, according to Mansfield resident Marie Holbrook, as she believes Black men are often seen as a threat.

“When my oldest was 10 and my middle son was 6, we were at the park in Lexington. And I had to have that hard conversation with them to not be so loud and rambunctious because there were a lot of White people there, and they were looking at my kids like they were just terrorists,” she recalled.

“And I was angry, and I was ready to jump into momma bear mode and defend my children. But that would have made me look like the angry Black woman that they expected me to be, so I had to take my children to the side and explain to them [how to act].

“As young Black boys, they are already born with two strikes against them – number one that they are male, and number two that they are Black. You only get three strikes in this world before they just write you off.”

This reality frustrates Beauford, a White woman who was the first in her family to date outside of her race. She has seen this dichotomy firsthand in recent years.

“That’s what makes me so mad, is that I shouldn’t have to give a disclaimer for my son, for somebody to see him and for him to be good. My parents didn’t have to do that for me. Why do I have to wish that?” Beauford asked.

West-Torrence said she has been honest with her sons about this reality. Now, unfortunately, they’re having to prepare the next generation.

“You’re going to have to be twice as good to get half as far,” she said.

The grim weight of Sunday night’s conversation was countered by a ray of hope.

Each woman involved in the discussion seemed to have a unique backstory that proved this fact. Bartlett, who was adopted by a White family at a young age, has spoken with family members and neighbors face-to-face about racial discrimination, and has worked to change their minds.

“But it can happen, and it needs to happen, and it should happen. And we have a lot more commonalities than not with White versus Black, if we can just talk about it.”

Beauford recently initiated an uncomfortable conversation with one of her White relatives concerning race. It wasn’t easy, she noted, but it needed to happen in order to initiate change.

“And I was kind of always taught, ‘That’s just how they thought. That’s how they were raised.’ But it became so apparent that this isn’t OK, and that’s why this is going on. This is why we’re here today, because nobody’s having these conversations.”

The key to breaking down society’s racial scar tissue, West-Torrence said, is removing sterility from the conversation. Being able to speak openly and honestly with each other about race – even if feelings are occasionally hurt – is the only way progress will be made.

Beauford believes true racial equality will not be achieved until White people are willing to accept the reality of racism in America – and embrace the fight against it.

“Just because it's not your reality doesn't mean it's not a reality. I think that's 95 percent of the problem right now… [is that] they don't see it, they don't experience it, so it's not happening.

“As parents of Black children, these are our concerns, and they should be yours. And until that happens, until you can acknowledge that, this isn't going to get better.”

During the fourth session of Shop Talk, guests discussed the intersection of race, history and education.