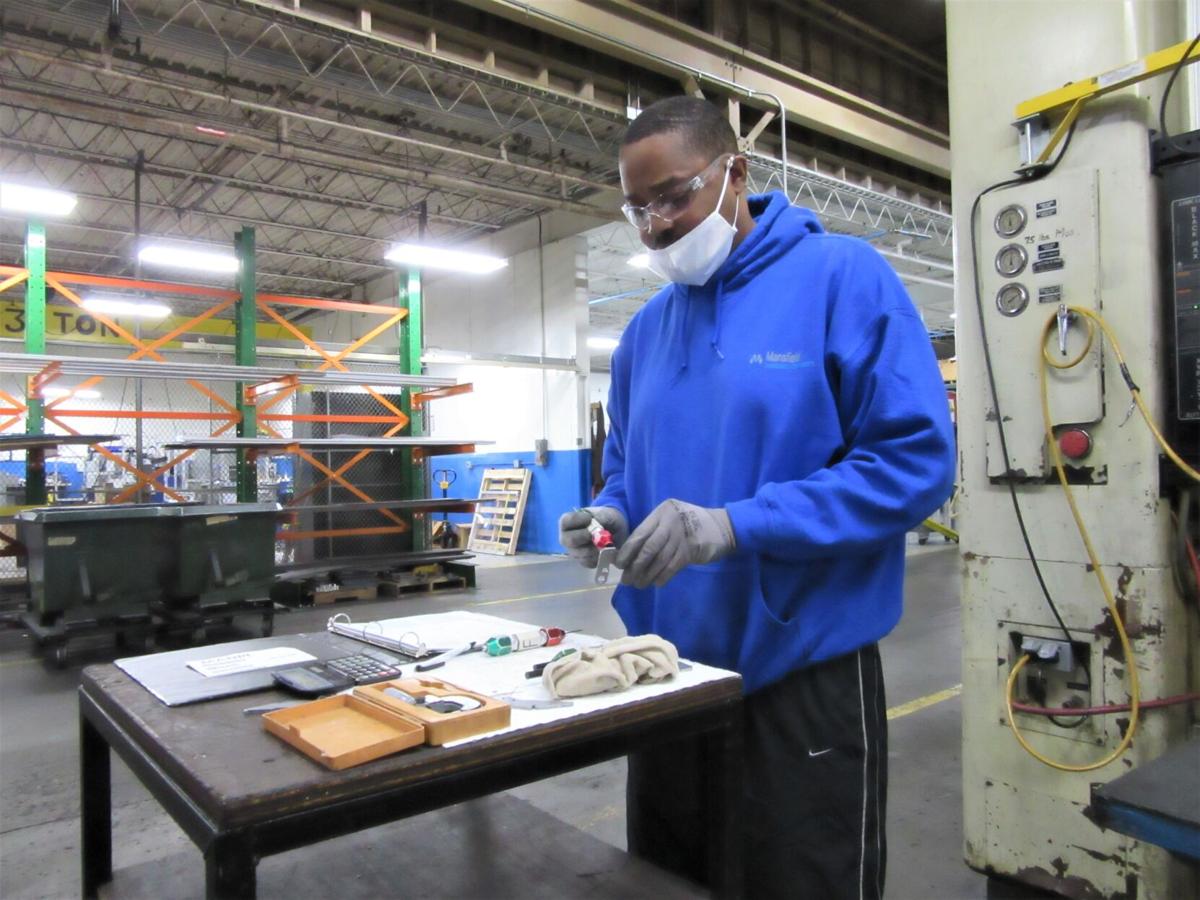 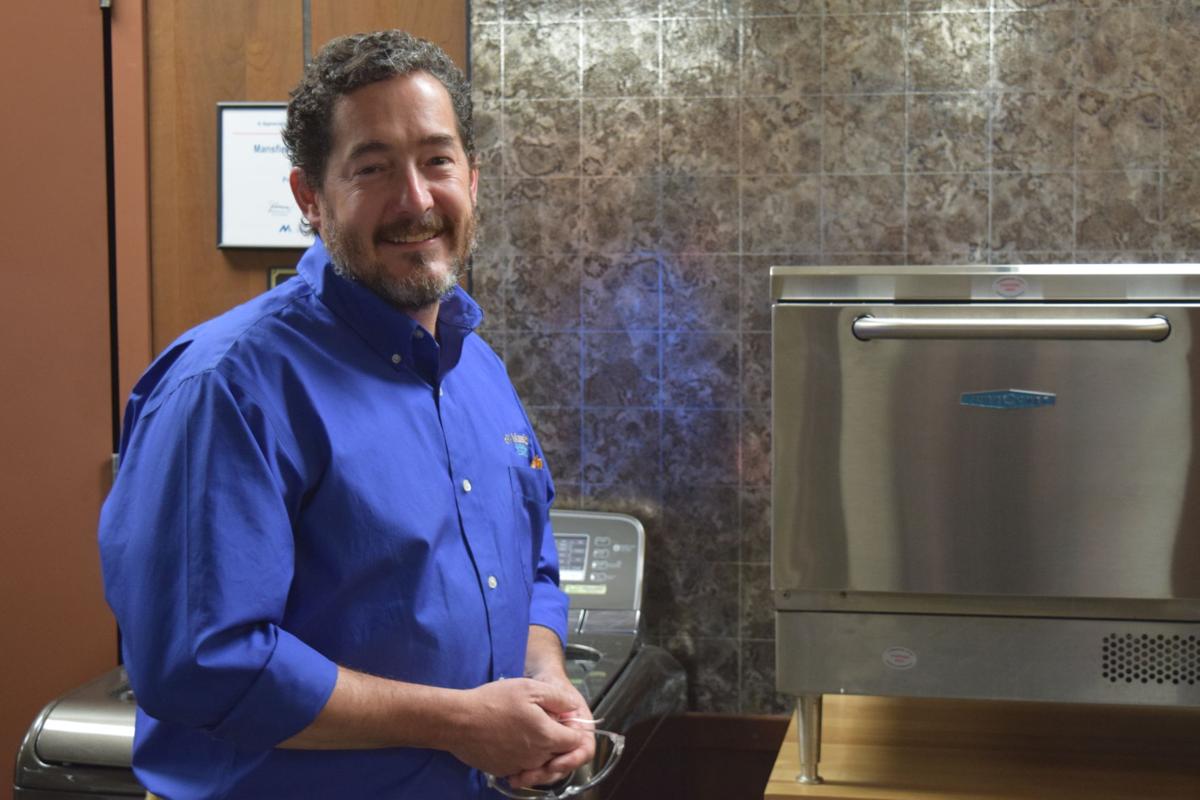 MANSFIELD ─ James Davis remembered how nervous he was in that job interview. He said all he needed was someone to give him a chance.

Local manufacturer Mansfield Engineered Components (MEC) offered an opportunity to Davis, who was released from a correctional institution in September. Mary Casto, the interviewer and assembly manager for MEC, told him she believed in a second chance.

Davis said he had nothing when coming back to society. His income was extremely low. There was a lack of work history. He tried to survive one day at a time before getting into a social service agency, where he filled out a job application for MEC.

The company offered him a job in October, Davis said. With the help of MEC and many community organizations, he got his ID, birth certificate, social security card and eventually, a driver’s license.

Davis said he received help with food and clothes when needed. Seven months after being hired, he now has a truck and lives in an apartment.

“When you get that type of help, that makes you want to do even much better,” he said.

Starting as an assembly worker, Davis has been promoted to a stamping press operator who runs a $250,000 machine every day. He takes real pride in his job, he said wearing a blue hoodie with the company’s logo on it.

A company got creative in finding employees

More than 70 percent of workers on MEC’s production lines are returning citizens like Davis, according to vice president Steve Cummins. It all started in 2019 when MEC tried to deal with the labor shortage, an issue many manufacturers are still facing today.

“We have to be a little bit creative in terms of where we look for people,” Cummins said. “Our location … the prisons close by certainly makes us think about that potential workforce.”

By reaching out to different resources in the area, the company has developed its own “second-chance” hiring program over the years.

Sonja Osborne, production personnel coordinator for MEC, is one of the key people who make it happen. She said hiring returning citizens is far more than providing job opportunities.

“They don't have clothes half the time (when they are released). They don't have a vehicle to get there (workplace). They have no support system,” she said.

The company learned along the way what resources each organization and agency could provide to its employees. It now works with multiple community groups for hiring and supporting the workers, including Catholic Charities, Goodwill and the Ohio Department of Rehabilitation and Correction (ODRC).

Osborne said she is involved in the Richland County Citizen Circle that gathers more than 40 community members who want to help ex-offenders return to society. She also goes to the re-entry court several times a month to look for people who want to work.

Casto, the assembly manager, said she has been surprised with the skill level of some second-chance hires. For example, the company found an employee has a major skill level in automation soon after he started on the assembly line.

The person was immediately moved into an auto technician position, Casto said. The employees shows all kinds of skills and experiences, which Casto said is something she never expected.

“The benefit to this is you end up with long-term employees. Employees who are grateful, who really put forth effort,” Casto said.

But it is not just about solving a business problem. It helps the community as a whole.

“When you begin to invest in them as not only an employee but a human being … part of your work family, it becomes something a lot more than just hiring someone,” Casto said.

Osborne said many people think helping ex-offenders is the responsibility of ODRC, probation officers or the judges. It should be a community effort. And employers can provide returning citizens stability with employment and other resources.

“How do we succeed as a community if we aren't helping them succeed, too?” Osborne said.

Now, he can be the person he dreamed to be

Coming back to society and working a full-time job has not been easy for Davis. He said he sometimes feels like he takes two steps forward and one step back.

A colleague told him next time, he should remember to turn around and look how far he has come.

Davis said he felt blessed with all the assistance and encouragement he has received.

“I just tell them ‘thank you’ on a daily basis through my actions. And I do the best I can to become a better person,” he said.

He also started joining meetings to share his experience as a way to give back. He is humble with his job, the better life he is living and the opportunity to tell his story.

“When I say a dream come true … is like the person that I always knew that I can be and always dreamed that I can be. Today, I had the opportunity to be him,” he said.

Cummins said while Davis gave MEC a lot of credit, he was the one who made everything happen. The company only tried to set up an environment where the right connections can be made and some encouragement can occur.

“We're just trying to get some soil where things can grow. We're not anything special,” Cummins said.

The vice president also said MEC is willing to share its experience with any business interested in hiring returning citizens.

Employers can apply for the Federal Bonding Program if they have a concern about the hiring. Recruiting returning citizens with Certificate of Qualification for Employment or Certificate of Achievement and Employability can also relieve employers from liability issues.

Fernandez said finding a job is usually the first thing people want to do when getting out of the institution. They want to work and take care of their family.

It is a large, diverse pool of people who are educated and qualified for different jobs, Fernandez said. At a time when businesses are having trouble hiring, it is a potential workforce that employers would not want to miss.