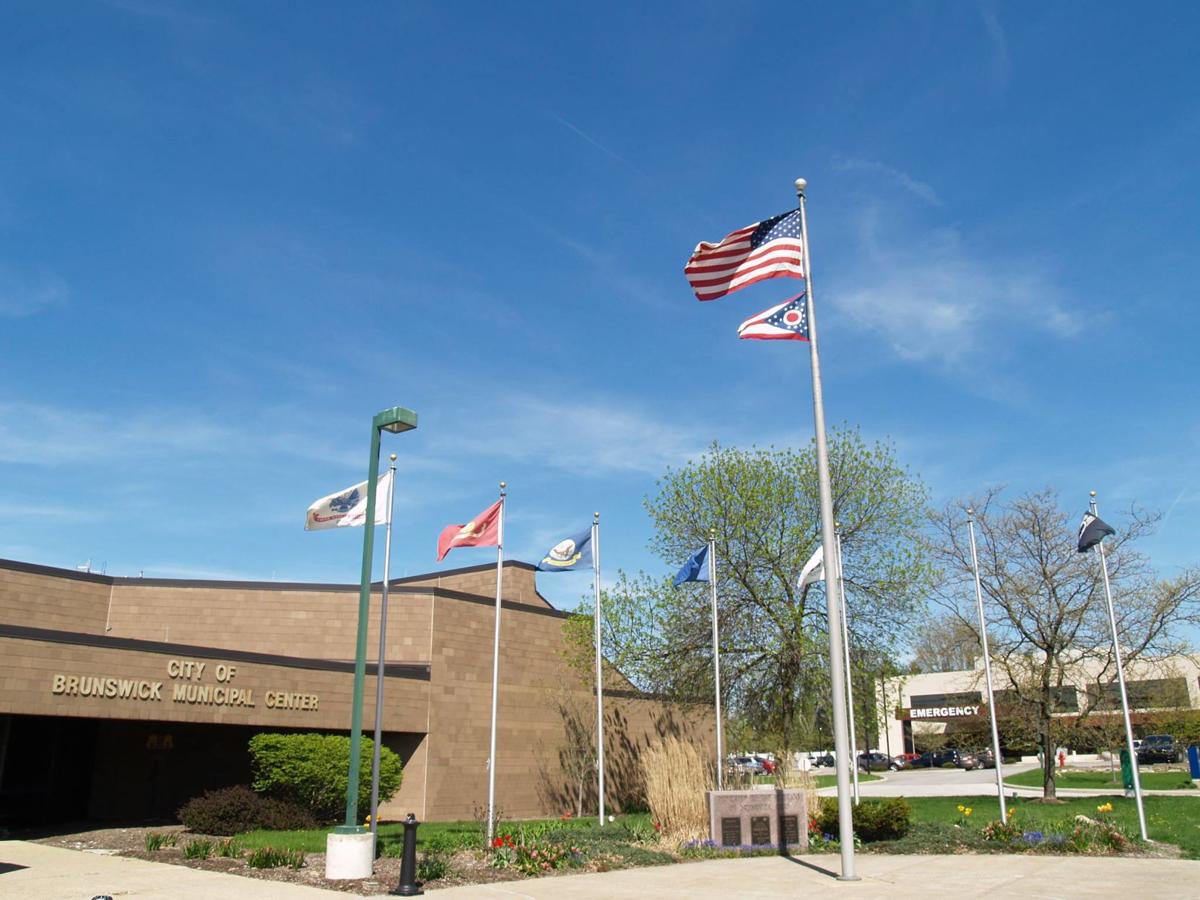 The City of Brunswick, in Medina County, has a contract with a single trash hauler to service the entire community.

The City of Lancaster, in Fairfield County, is still in the municipal trash hauling business. 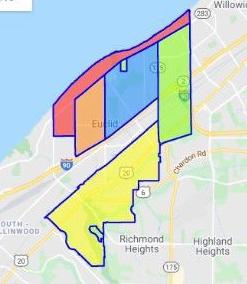 Euclid is divided into five zones, ensuring everyone in a neighborhood sets their trash out on the same day. 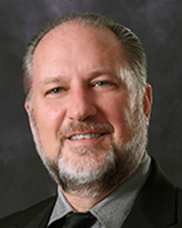 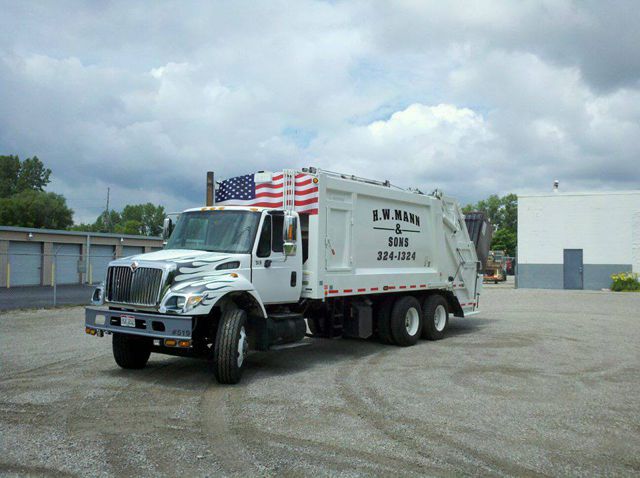 Mann H W & Son's Hauling has operated a business in Springfield since 1956.

EDITOR'S NOTE: This is Part III of a four-part series looking at trash issues in the city of Mansfield. The series began Monday by looking back more than 20 years, when the city got out of the municipal trash-hauling business. Part II examined current trash issues facing the city.

Paul Barnett is an engineer by education, charged with a variety of tasks as the city of Brunswick director of public service in the Medina County community.

In more than a quarter century of public works employment, including in Akron and Cleveland, Barnett has learned, however, that trying to change policies and procedures with a community's trash can create a stink unlike any other.

In some ways, he said, it's easier to design a movable bridge than to make significant changes to a city's trash efforts.

"It's tremendously difficult," Barnett told Richland Source. "People don't realize it, but changing things dealing with trash is one of the hardest things you will do.

"Trash, for some reason, is extremely personal to people. You rebuild a street and it may affect 75 people. You change trash in a city like Mansfield, you are affecting 46,000 people. (For example), raise fees by 50 cents a month and the whole world comes out with pitchforks to burn down city hall."

However, Richland Source research found that Brunswick, and several other Ohio cities of comparable size, have discovered trash solutions that Mansfield officials may want to consider.

Barnett said Brunswick has a city-wide trash hauling contract with Republic Services, requiring every property owner in the city to pay $57.90 per quarter for the service, which includes curbside recycling. The city sends out the trash bill along with its storm water assessments.

There is no opting-out of municipal trash pickup. And the bill goes to the property owner, even if that owner rents the building to someone else. Residents must use the city-supplied trash carts, though they can set out additional bags.

Property owners who may somehow fail to pay their trash bill will see the fees added to their tax duplicate, Barnett said.

Brunswick is divided into five zones, ensuring everyone in a neighborhood sets their trash out on the same day.

Barnett, who said Brunswick has little problem with illegal dumping ("maybe twice a year within city limits") said he can understand why some Mansfield residents have called their city the "wild west" of trash.

"If you have no city ordinance that requires people to have trash pick up, and they figure they can save $20, you will have illegal dumping and trash piling up," he said.

Of the 10 cities examined by Richland Source, two remain in the municipal trash hauling business -- Lima and Lancaster.

In an era of tight finances, few seem to suggest Mansfield return to the business of municipal trash hauling, which it gave up more than two decades ago.

Lancaster, for example, spent more than $4 million in 2019 on trash hauling. Charging a monthly fee of $13.50 per household ($9 for seniors), it's likely this is a heavily subsidized service in the Fairfield County seat.

Lancaster sanitation superintendent Bill Burrows, who has worked for the city for 40 years, said his department has 23 employees, including office staff. They operate a half dozen trucks, handling commercial and residential routes.

Burrows said Lancaster is divided into five zones, each of which has a trash day every week. He said customers must have their trash in city-supplied trash carts out to the curb by 7:30 a.m. on pickup day and back to the residence by 7 p.m.

Of the remaining eight cities, five of them have a city-wide contract with one trash hauler, who services the entire city -- Strongsville, Euclid, Mentor, Middletown and Brunswick.

The single,city-wide contract with one hauler is the most common trash hauling format found among the communities reviewed.

Rates vary from city to city, but this practice limits the number of heavy trucks traveling on the streets.

Each city also zones the work so haulers operate in only one area of the community per day, which means it's only "trash day" once a week in a neighborhood.

Like Brunswick, Middletown in Butler/Warren counties, contracts with one hauler (Rumpke) to handle the entire city.

Nicole Clark, an administrative assistant in the Middletown public works department, said the city bills residents for trash hauling on their municipal water bill. She said the city charges $15.50 per month, which includes curbside recycling.

Clark said Middletown stopped municipal trash service in the 1980s and has contracted with Rumpke since then.

She said residents can place plastic trash bags at the curb, but they can also buy or rent containers from Rumpke or supply their own. Residents must move the containers away from the street within 48 hours of pickup.

"We get some isolated (trash) complaints, but it's not really an issue here," she said.

Only two of the other cities have a model similar to Mansfield -- Findlay and Springfield. In those cities, private haulers are licensed by the city, though neither seems to experience some of the issues found in Mansfield.

A spokesman for Findlay, said homeowners are held responsible by the code enforcement department to clean up the area if one of their trash bags at the curb is ripped open by an animal and its contents spilled out in the Hancock County community.

"We believe in keeping things neat and tidy," she said.

In Springfield in 2015, city leaders discussed the idea of changing to a single hauler for the city, a move that would require a vote by residents to change the city charter. The change was never made.

The contract with a single hauler would reduce truck traffic, as well as allow for recycling to be built into the contract, Springfield Mayor Warren Copeland said in the Springfield News-Sun at the time.

While some haulers would lose business, the contract would be bid out every few years to give different haulers a shot at the city’s business, the mayor said.

“It’s got to be more efficient than having four or five different haulers,” Copeland said. “You’ve got to be able to get a better price for the people.”

Those in favor cited less truck traffic on city streets and increased recycling efforts. Those who opposed it cited such a move would eliminate competition for residents.

“It’s not broken and I don’t think we need to fix it,” City Commissioner Kevin O’Neill said in the News-Sun.

In an online Forbes magazine article in 2019, Springfield's decision to stay with multiple haulers was criticized.

"Springfield, Ohio is the only city of its size that I know of in America that does not provide trash service," wrote Chris McAllister is the Founder of Real Estate Brands Ltd, the franchising entity for ROOST Real Estate Co. and Lucky Town Real Estate Co.

"In our city, each property owner must contract with one of the licensed private hauling firms for trash pickup. If a tenant gets behind on their bill, the trash does not get picked up.

"As you can imagine, this privatization of public services has resulted in all sorts of unintended consequences. For instance, all the trash haulers run identical routes all over town, duplicating efforts and wasting resources. Second, it is not just tenants who sometimes don’t pay their trash bills. Owner-occupants are not all perfect either. The result is abandoned trash in vacant lots and yards all over the town, but especially in the more depressed and lower-income areas," McAllister wrote.

Tomorrow: So what solutions are city of Mansfield leaders considering? What have they seemingly already ruled out?