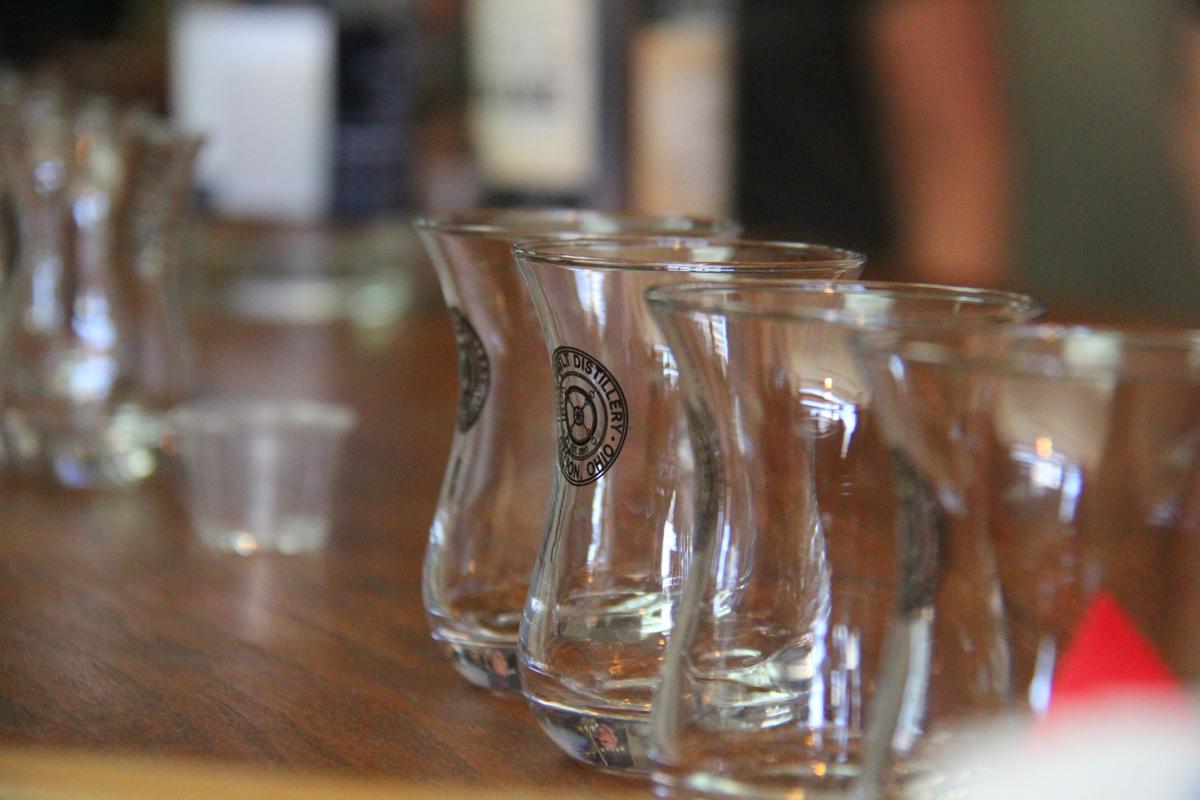 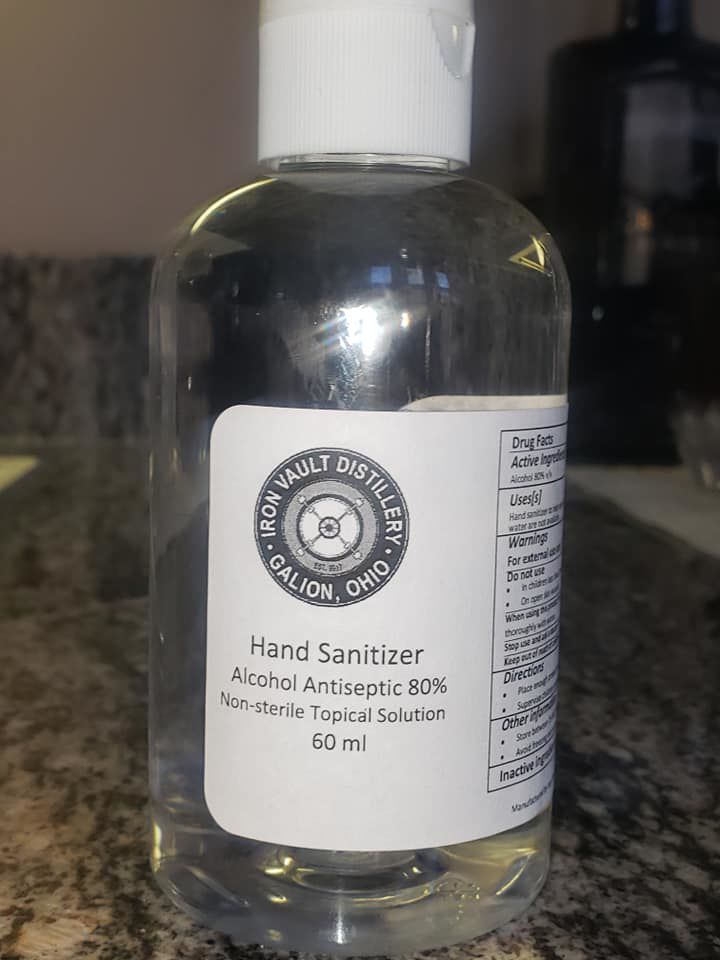 A sample of the hand sanitizer created by the Iron Vault Distillery in Galion.

GALION — In the midst of the COVID-19 pandemic, one local business is doing its part to provide an essential service to fight the spread of the disease.

The Iron Vault Distillery, owned by John Bassett, Lori Bassett and Sam Thacker, currently produces its own vodka, moonshine, rum and whiskey, including bourbon. Now, a new product has been added to its shelves: hand sanitizer.

It was an idea first introduced six months ago at the distillery, but the increased need for the product in the last few weeks pressed fast-forward on production.

"When the coronavirus came out, we thought heck, 192 proof alcohol, doesn't that kill the coronavirus? Our understanding is that it does," said John Bassett.

To prevent the spread of COVID-19, an infectious disease caused by a newly-discovered coronavirus, the CDC recommends washing your hands often with soap and water for at least 20 seconds or use an alcohol-based hand sanitizer that contains 60 to 95% alcohol, covering all surfaces of your hands and rubbing them together until they feel dry.

That's where distilleries come in. The Iron Vault is in good company - distilleries across the country, from Oregon to Pennsylvania to North Carolina, have been suspending their spirits production to focus on sanitizer.

“We are in a national emergency,” said Chad Butters, founder of Eight Oaks Farm Distillery in Pennsylvania. “What’s the right thing to do? The right thing to do is support this community by providing something that is in desperate need."

At the Iron Vault, Bassett and his team had the idea to make sanitizer using what he called "scrap alcohol," the alcohol that comes off the top of a brew that contains things you don't want to drink. Normally that alcohol is discarded down the drain.

"It's very high-proof alcohol, and we had about 15 gallons of that stuff that we threw into our vodka still and made basically what amounts to a corn-based vodka out of old bourbon whiskey," Bassett explained. "It's certainly OK to rub into your hands to kill germs."

Initially, the Iron Vault ran into roadblocks producing sanitizer - without the proper permits, what they were doing was technically a felony. Then, as the COVID-19 pandemic progressed, the bureaucratic rules suddenly became a little more flexible.

On March 18, the Alcohol and Tobacco Tax and Trade Bureau (TTB) provided certain exemptions and authorizations to "distilled spirits permittees who wish to produce ethanol-based hand sanitizers to address the demand for such products during this emergency."

This means "any existing Distilled Spirits Permittee (DSP) can immediately commence production of hand sanitizer or distilled spirits (ethanol) for use in hand sanitizer...without having to obtain authorization first."

In addition, due to "significant supply disruptions for alcohol-based hand sanitizers," on March 20 the FDA created the Temporary Policy for Preparation of Certain Alcohol-Based Hand Sanitizer Products During the Public Health Emergency (COVID-19).

The guidelines state the FDA does not intend to take action against manufacturing firms that prepare alcohol-based hand sanitizers for consumer use and for use as health care personnel hand rubs during this ongoing public health emergency.

It was exactly the green light the Iron Vault Distillery needed. Bassett and his team got their equipment "as sterile as I could possibly get it without building a pharmaceutically clean room," and began production using a formula recommended by the World Health Organization.

On Tuesday, the first batch of hand sanitizer created by the Iron Vault Distillery will be available for distribution. The price? A free-will donation to the Galion Golden Age Center.

"There's an obligation to help, isn't there?" Bassett said. "My wife is nurse and every time we drive somewhere and there's an accident we have to stop, so maybe a little bit of that comes from her."

The Iron Vault has received more than 1,000 requests for the sanitizer as of Sunday afternoon, including from Avita Health System Galion Hospital and the United States Postal Service in northeast Ohio. Bassett asked that requests be limited to those truly in need.

"We're a small distillery so we can only do so much," he said.

According to Bassett, the American Distilling Institute reported there are nearly 40 distilleries in the state of Ohio. Approximately half have taken up the mission to create hand sanitizer.

"The little guy is getting it together," Bassett said.

One final note he added is a request for the community.

"We have an issue getting 4-, 8- and 12-ounce plastic, sanitary, bottles for packaging the hand sanitizer that we’re making," Bassett said. "Would you please see if anyone in the area can drop what they are doing and make some for us?

"It has to be alcohol safe."