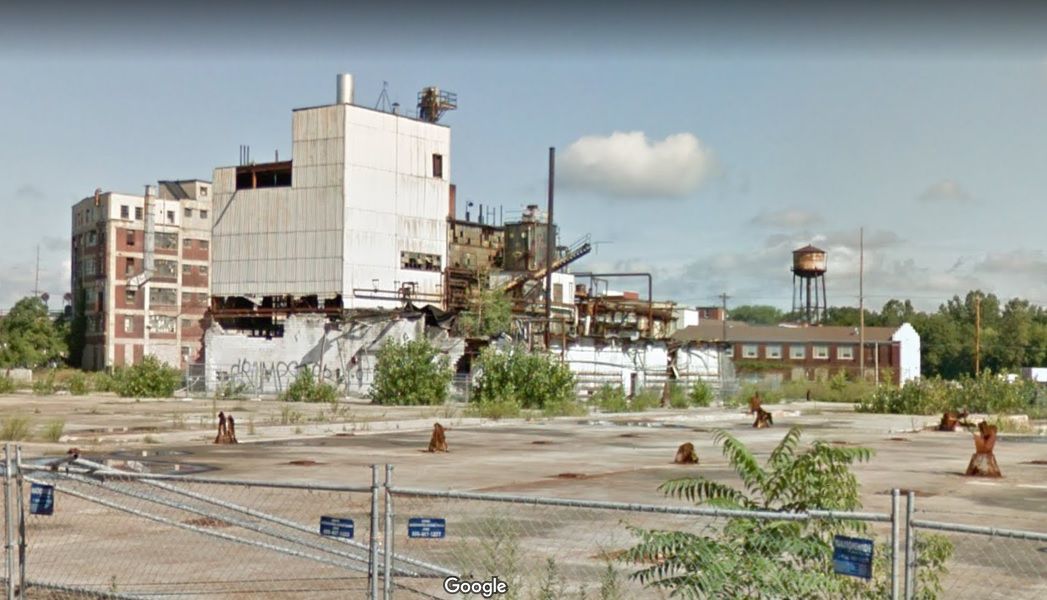 Google Maps view of the former Westinghouse power house, taken in Aug. 2016, only two months before the building was demolished. 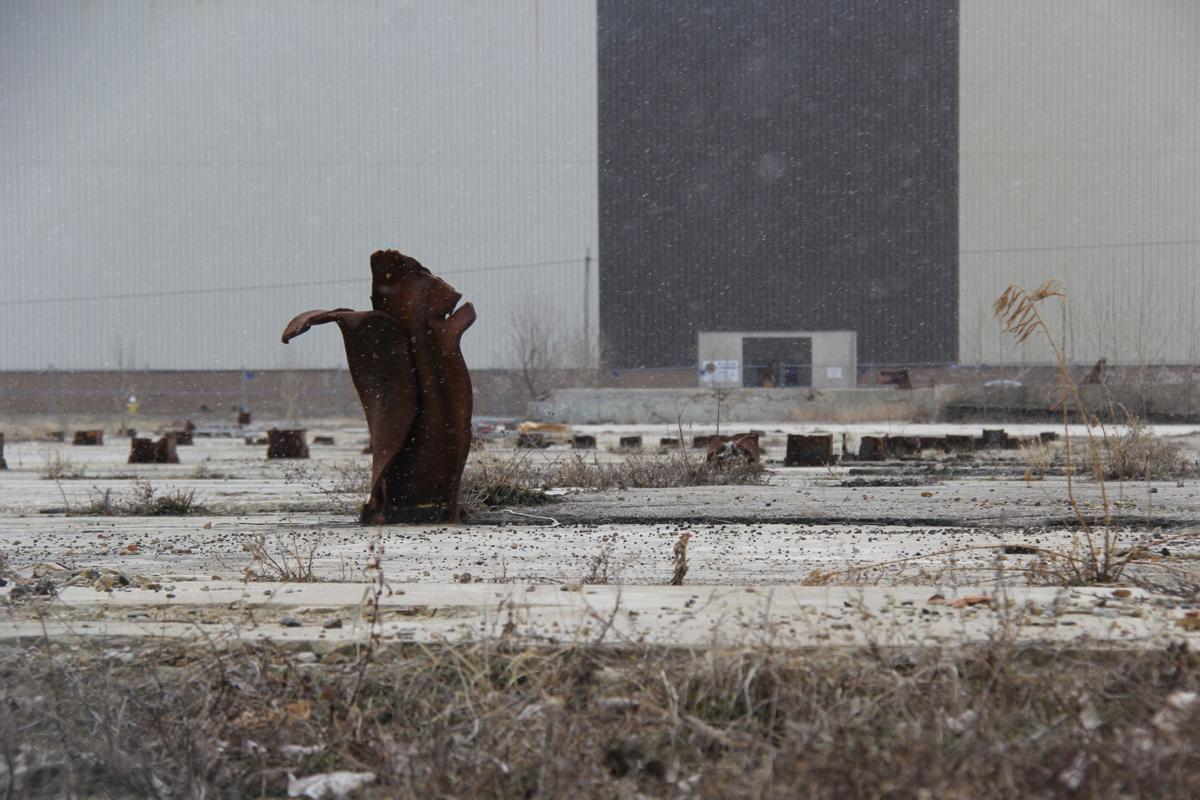 The portion of the former Westinghouse property owned by the Mansfield Business Park LLC features a bare concrete space with bits of twisted I-beams sticking sporadically up from the ground. 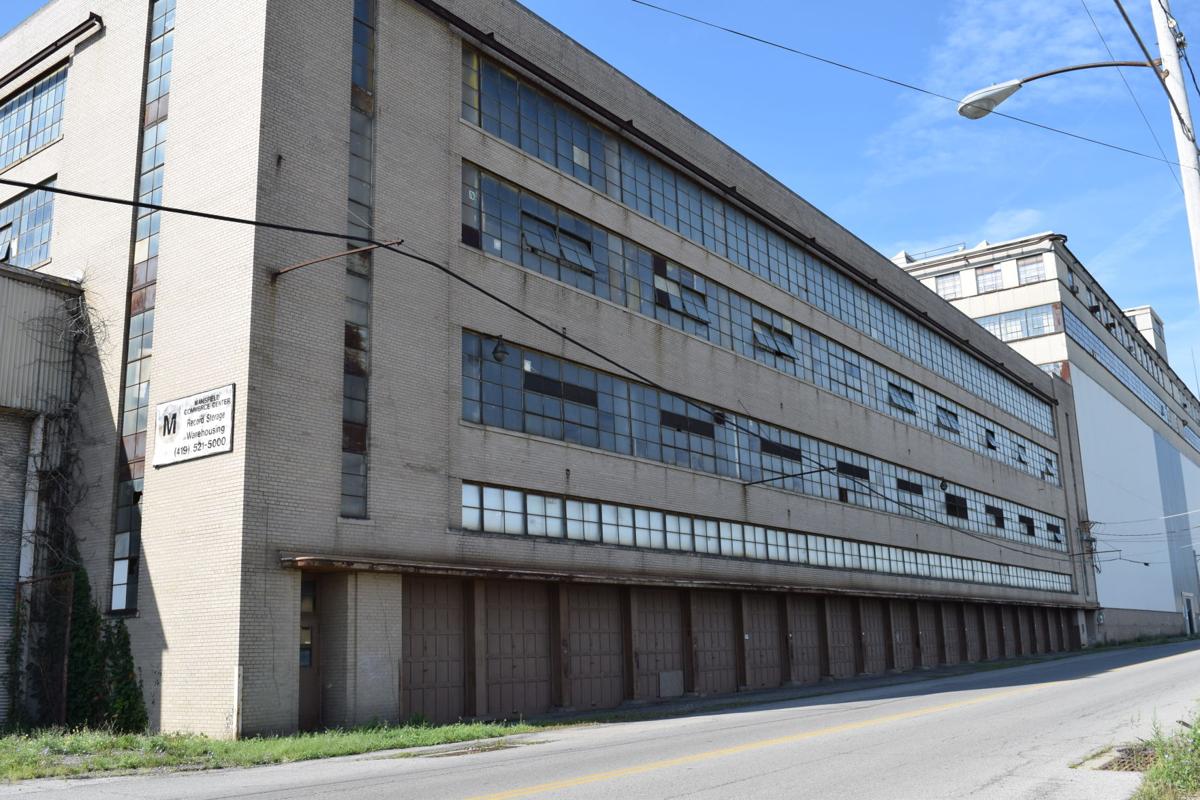 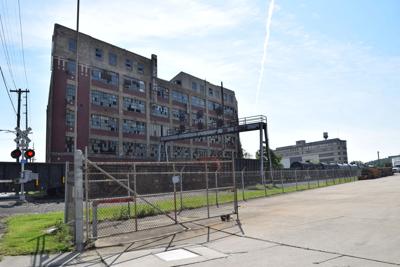 EDITOR'S NOTE: This the second in a two-part series responding to a reader-submitted question, through Open Source, a platform where readers can submit questions to the staff. The questions covered in Monday's Sept. 19 story involved the empty Westinghouse site. Here’s what we found.

MANSFIELD – Mansfield’s once powerful appliance division of Westinghouse would have celebrated its 100th birthday in 2018, but there has been no cake, no candles and no other celebration for the site seen throughout the city.

Mansfield residents like Russell Potter are sick of seeing the sad remains and yearn for redevelopment.

Q: What is the status of the Westinghouse property?

A: Two buildings remain standing, one is positioned at the railroad tracks on East Fifth Street and the other functions as a record storage warehouse along East Fourth Street.

Q: Can the city market the property for new development?

A: No, there are owners involved.

Q: Who owns the property?

A: The Mansfield Business Park LLC, Coffman’s and the Mansfield Commerce Center each own a portion of the former Westinghouse property.

Q: Are there EPA concerns?

A: This is unknown and cannot be tested by the city or the Richland Community Development Group.

Q: What’s the reason why we're not seeing any additional demolition?

A: City and county level officials believe cost and environmental problems could be part of the reason.

What is the actual timeline?

“I think, it’s just the general Mansfield feel that we need to rehab it and get it looking better,” Potter said.

He moved to the area 17 years ago – more than a decade after Westinghouse closed in 1990 and long after its peak efficiency, when hundreds of employees poured out of the factory at quitting time. It looked a little like New York City to Scott Schaut of the Mansfield Memorial Museum, who has seen films of the shift changes.

“It was a huge plant. At its height, it employed a quarter of the population of Mansfield,” Schaut said.

Building after building popped up to meet Westinghouse’s ever-growing needs. Then, it stopped.

“They kept on adding onto it. And that was the problem,” Schaut said. “It was just cheaper to add on, and there was no space for them to build a new one and then tear this one down. They were kind of landlocked in there.”

When the plant shut down hundreds of people lost their jobs. Building after building came was razed. Most recently, in October 2016, the factory’s former power house was demolished after pressure from the city.

“It’s been an eyesore for a long time. We (the city) don’t own it, but we’ve put pressure on the owners through the EPA (Environmental Protection Agency) to demolish it because it started caving in in parts," Mayor Tim Theaker said at that time. "And if it ever came down, it would cause dust that is hazardous to health.” 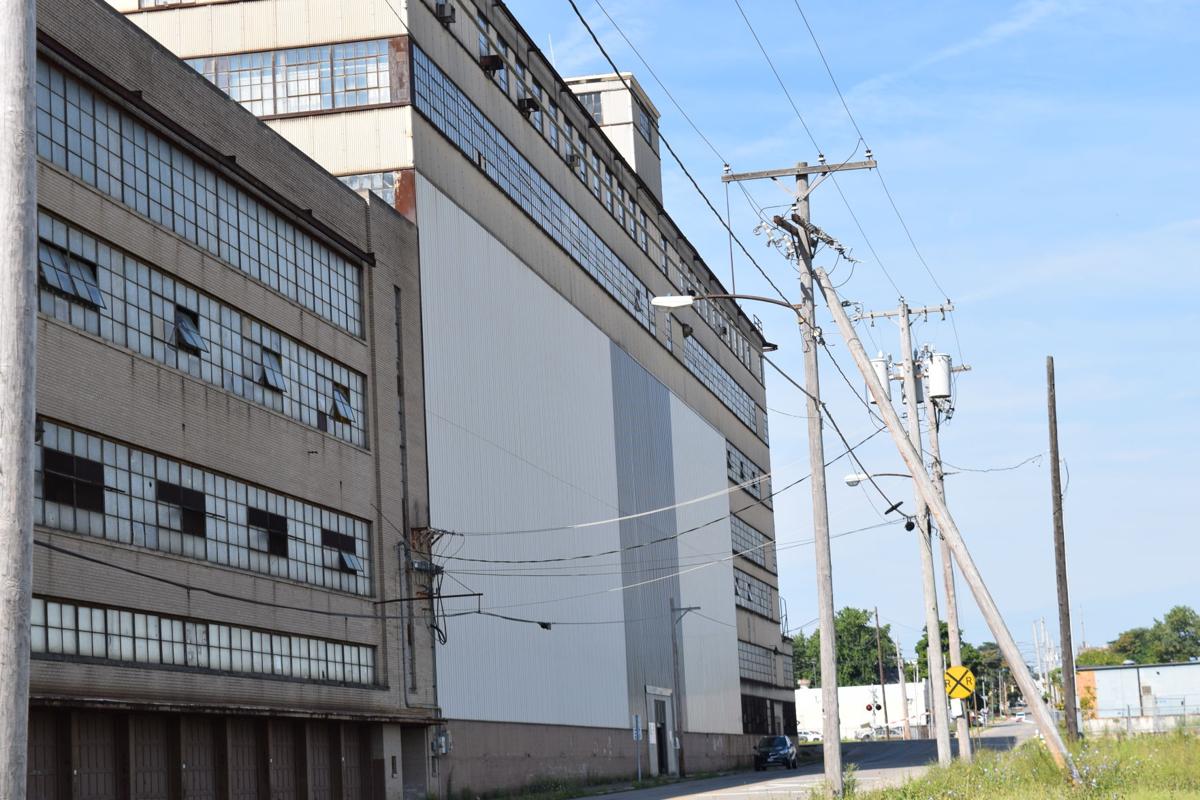 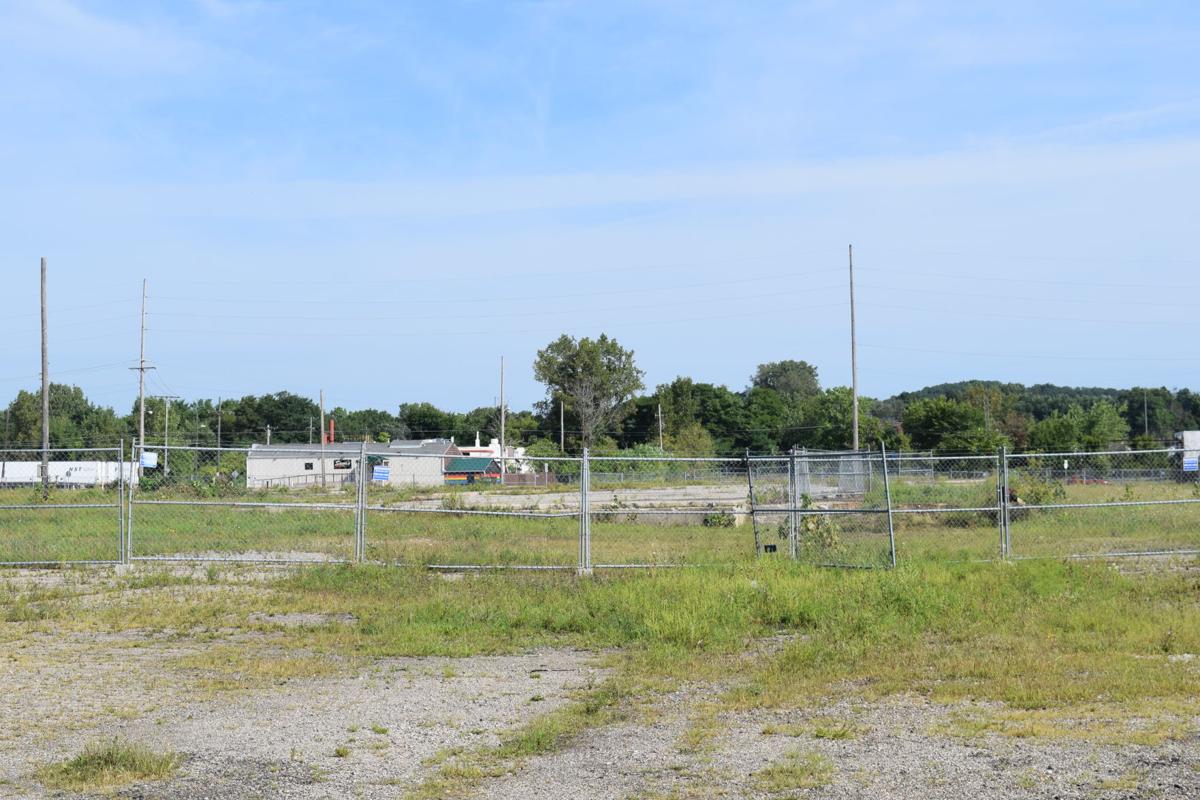 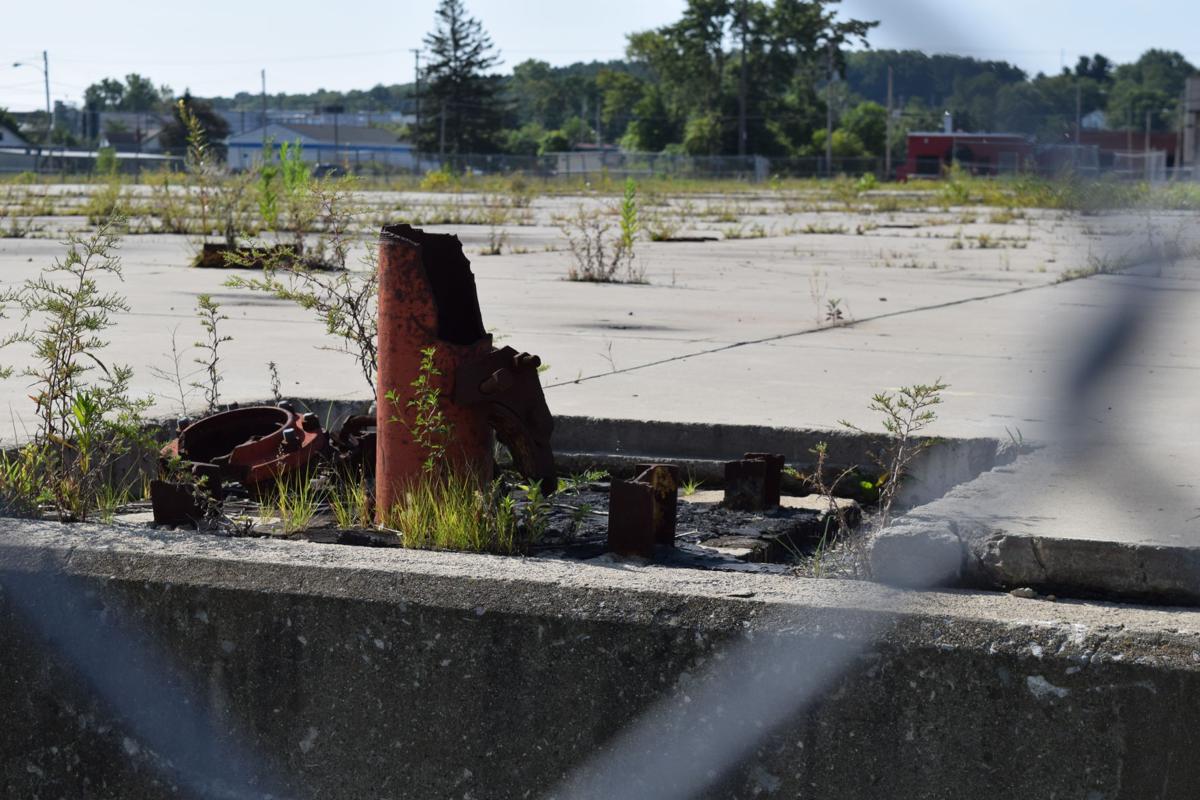 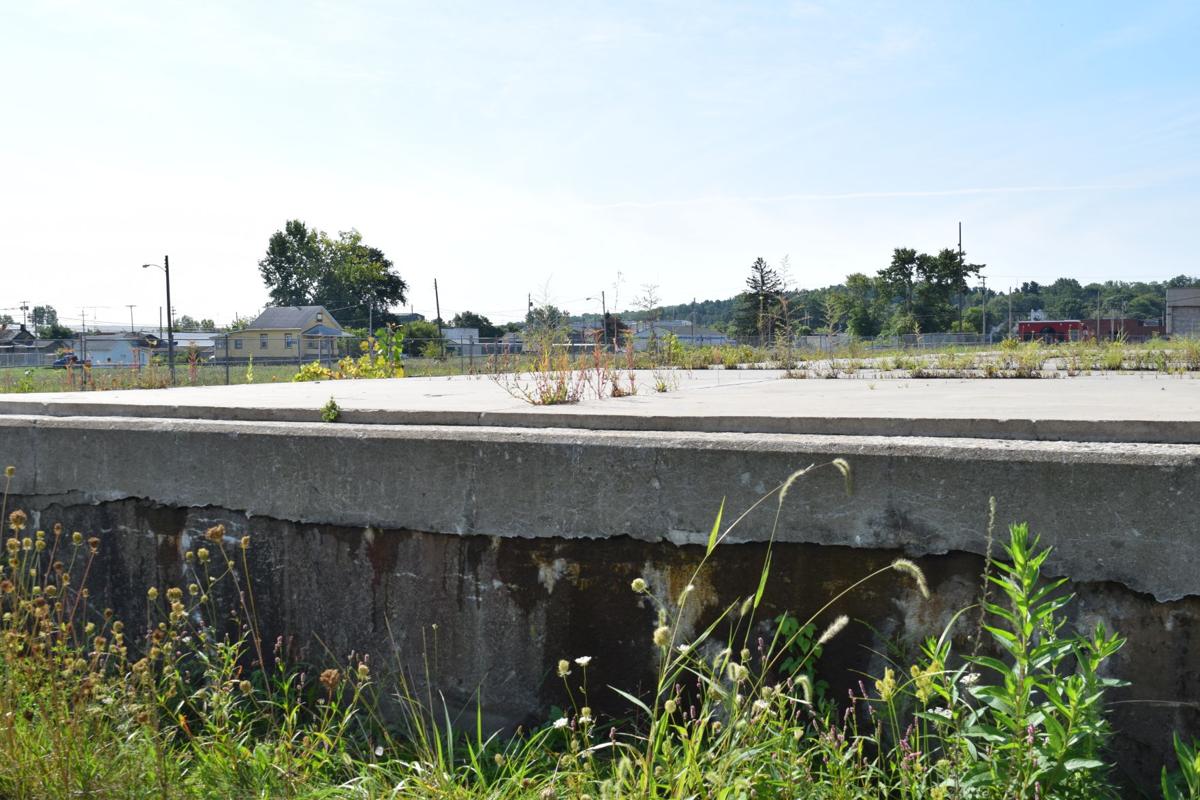 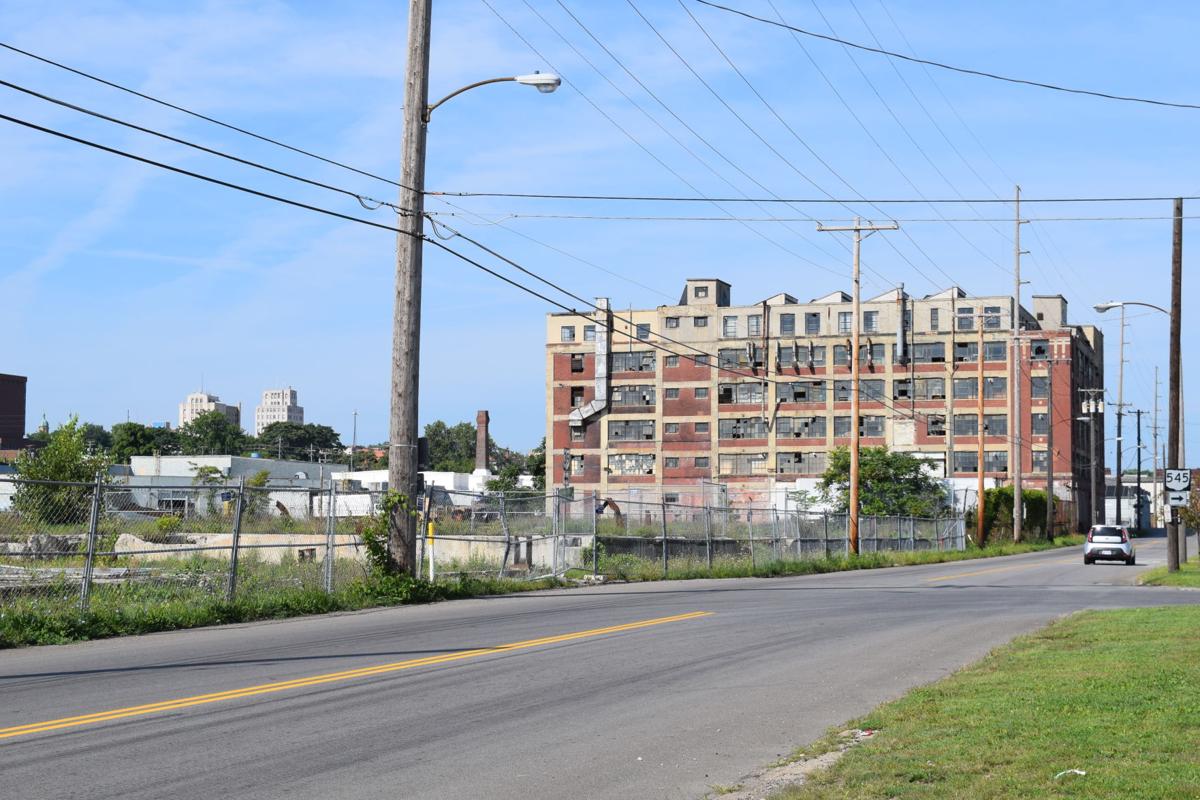 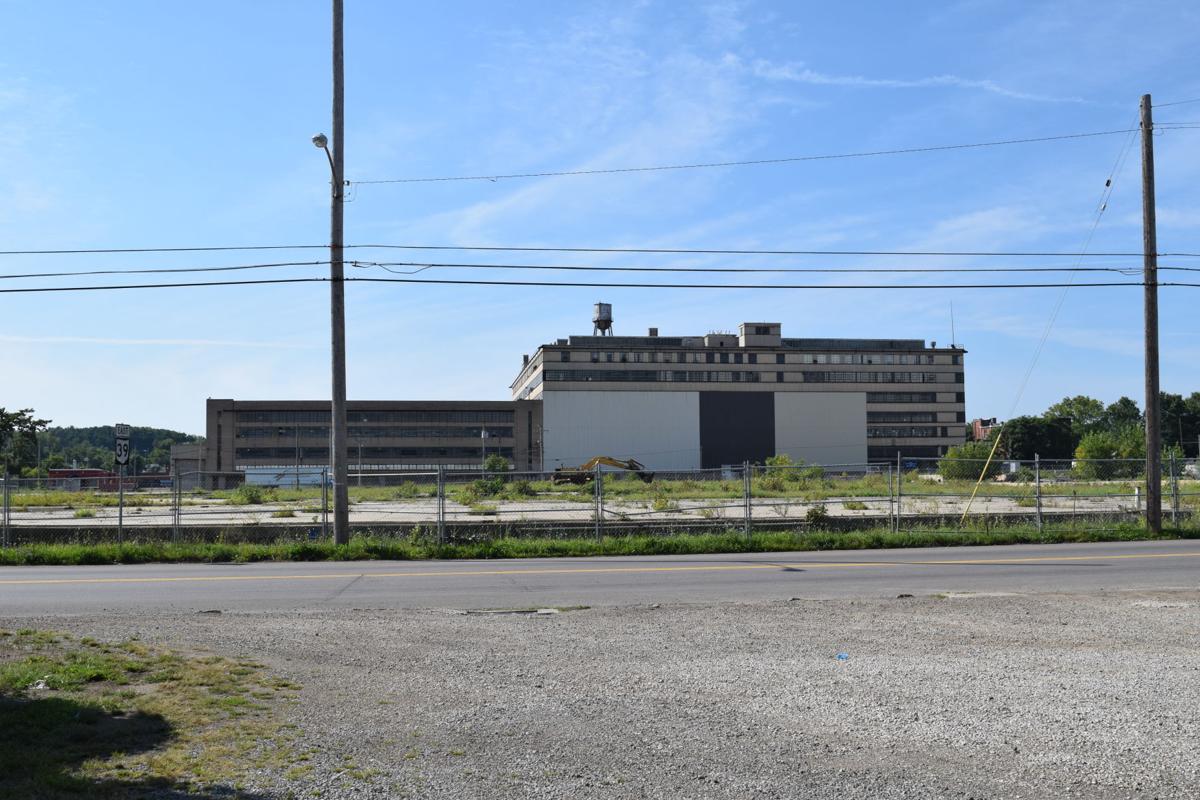 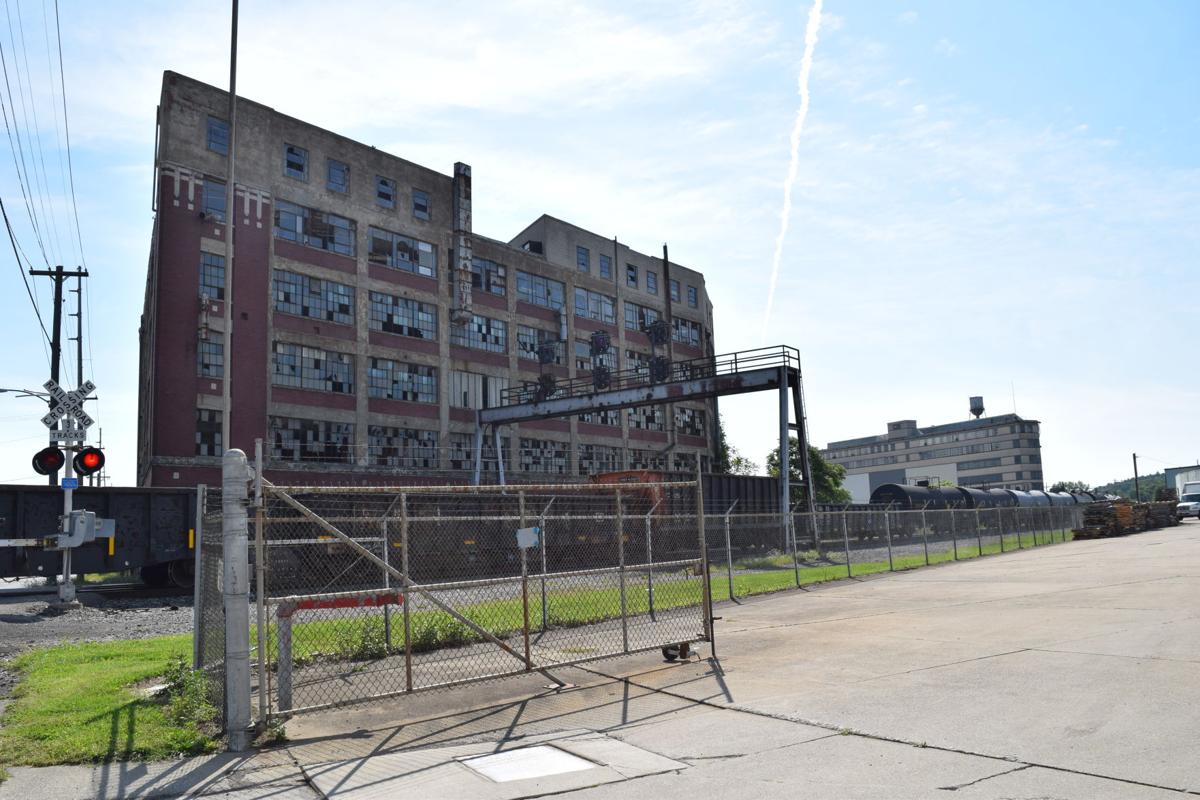 The former Westinghouse property features two original buildings and a concrete wasteland with nubs of twisted I-beam sticking up sporadically.

The buildings were originally known as “A” and “H,” according to Schaut. Building “A” is located at 200 E. Fifth St., positioned right along the railroad tracks. The “H” building is located at 246 E. 4th St. It now functions as the Mansfield Commerce Center.

The owners of Building “A” are listed as the late Ernie Coffman and his wife Pamela, according the Richland County auditor’s website. Ernie’s son Clint did not return several phone calls seeking comment prior to publication of this article, but Barrett Thomas, economic development director of the Richland Community Development Group (RCDG) provided some insight.

“The owners have expressed that they are willing to explore finding other people, other options. Maybe someone else can own it, someone else can develop it,” Thomas said, noting the building would be incredibly costly to demolish.

“It will take someone who has the vision, passion and money to go make this into something,” he said.

Building “H” offers commercial record storage. It is managed by Scott Plieninger. He did not return several phone messages from Richland Source.

The barren concrete field, where the powerhouse was demolished in 2016, is owned by the Mansfield Business Park LLC of Richfield, Ohio and managed by IRG Realty Advisors. When a representative of IRG Realty was contacted, he said, “I have no comment.”

What barriers exist to further demolition or redevelopment?

“As long as they secure it and maintain it, we don’t have much of a say,” Bowersock said about the property owned by the Mansfield Business Park LLC. But the same applies to the seemingly unused building owned by the Coffman family on East Fifth street.

The properties have owners, who keep the properties well enough within code and pay their bills so that a foreclosure isn’t an option.

“As long as they secure it and maintain it, we don’t have much of a say,” Tim Bowersock, City of Mansfield economic development director.

“People ask me why we let it get the way it is, but there’s only so much we can do from an enforcement standpoint. As long as they’ve got that property fenced in, we can’t push them much. If the fence collapses in certain areas, we tell them… but other than that, they’re within code,” Bowersock said.

“The issue with that particular property and others like that is that they have owners,” Hamilton said. “There’s really no way I’d have anything to do with it unless they wanted to give it to the land bank, and even then, I don’t know if I’d take it because of environmental concerns.”

Issues could surface in the demolition process that are not currently visible, which could prove costly.

“We’re very cautious about taking on unknown liabilities,” Bowersock said. “We need enough documentation to support us taking ownership. We do the same type of due diligence that any small or large corporation should also do.

“We know the history of the site … but this site predates the rules. And that’s the problem with a lot of these older sites, they are unknown as far as the liabilities, especially environmentally.”

He described environmental liability as “complicated,” explaining that when a person or entity takes ownership of a property, they enter a chain of ownership. If an environmental issue later surfaces, past owners could also be financially responsible for the cleanup.

“We don’t necessarily want to take ownership of it, but we want to see something done on it, sooner rather than later,” Bowersock said.

He would evaluate potential costs and look into “good environmental insurance” before venturing too far down that path.

Instead, Bowersock aims to work with the owners. He and Thomas of RCDG met earlier this year with a developer from IRG Realty Advisors.

“Basically, (we’ve) asked what we can do to help them determine what to do with the property,” Bowersock said.

What’s under the concrete?

Thomas and Bowersock don’t know what lies underneath the concrete on the property owned by the Mansfield Business Park LLC.

“We don’t think there’s anything real significant, but we don’t know,” Bowersock said.

Thomas predicts there’s “probably” some environmental contamination concealed beneath, using the logic that Westinghouse was built before the EPA existed. However, he didn’t guess how severe it might be.

“The answer to that is no one knows because the only way you find out is by doing soil boring, digging holes in the ground and testing,” Thomas said. “And If you test, you're liable, so no one wants to go test, and we can't test on someone else's property.”

He pondered the possibility of building on the concrete with the EPA’s permission. His goal would be to create a rail-served property that could be marketed.

“If we had engineers go check the concrete slab, if we could find where the pilings were to go build a new building on top of that old structure, and if all of that worked – which is a lot of ifs – you could maybe put a 200,000-square-foot building there,” Thomas said. “Turn it into a spec(ulative) building for new manufacturing, you could put that on top of that current slab, and then use the rest of this as parking.

“The nice thing about brownfields is they’re good locations. That's why someone built there a long time ago.”

“At this point, since we don't know what's under it, keeping the concrete seems like the best plan moving forward,” he said.

Time and money are the key ingredients to redevelopment at the former Westinghouse property.

Referencing the property owned by the Mansfield Business Park LLC, Bowersock estimates the timeline could be about 10 years, if the city would become involved – largely because the project would likely need to be funded by grants. He is more partial towards keeping it in the private sector, where things have the potential to move at a faster pace.

He explained that the building owned by the Coffmans is mostly concrete, making it especially expensive to demolish.

“I mean, everyone in the neighborhood would be happy for that to come down,” Thomas said.

To read more about Potter, who asked the question in Part I of this series, click here.

Do you have questions? Ask us in the forum below & yours might be answered next.

What questions do you have about jobs in Richland County?