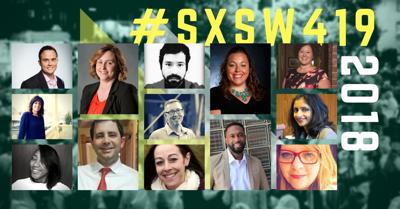 On March 8, 41 local citizens -- with visionary support from the Richland County Foundation -- will take a big step forward in the re-imagination of Richland County’s greatest opportunity, Mansfield’s central business district.

I’m privileged to be part of this effort and want to take this opportunity to tell you about it and what makes it fundamentally different.

But first, a word on strategic planning and consultants

If you ask around a little, you’ll learn that Mansfield is littered with strategic plans. They are generally stuffed in new three-ring binders and can be found, unread, in office closets all over the county.

How do they get there?

Typically, it works like this. The consultants arrive from someplace else and begin to dig in. Clear-eyed and objective, they research the problems and discover what’s lacking. They make suggestions for how to fix it. Finally, they deliver the aforementioned binder and promptly leave town for the next gig.

Usually there’s a big meeting where everybody reviews someone else’s plan for our hometown. Often, the best of intentions struggle from that point forward. That’s the problem.

It’s not that the plan is bad necessarily; it’s because there’s a critical disconnect between the plan and the people. Who owns it? Who is accountable? These questions create a vacuum where the critical steps of ownership, accountability and execution go to die. It's easy at that point to look across the table and assign responsibility for delivery to someone - anyone - else.

How will this effort be any different?

Instead of having the ideas come to us, we are going to the ideas. Specifically, to South by Southwest Interactive (SXSW) in Austin, Texas.

Our core team of 15 will spend a week immersed in the world-renowned festival of ideas and technology. We will focus on five key impact areas for the city core: city and walkability, food and entertainment, startups and technology, social impact and finally, workplace culture.

For an idea of what we're seeing, here's a link to my rough schedule.

The ideas and examples from all over the world will come back to Mansfield with the team. Over the course of 2018, we will work with 26 advisers to sort through the ideas gathered and create action plans that can be implemented. Clear lines of accountability and ownership are developed and in place already. Now it’s down to execution.

*In case you’re wondering, SXSW also hosts an international film and music festival which happens in the second week. We won’t be there for that.

The team traveling to SXSW is diverse and skews young. The average age is under 40 and that’s absolutely intentional. Fresh ideas come from fresh eyes, some of whom are being tapped for the first time to help lead their community. The team includes a city engineer, an architect, artists, marketers, technologists and leaders of non-profits.

We look like Mansfield, too. We’re all colors, genders and backgrounds. Our politics and interests are all over the place, which is also intentional because it keeps us out of echo chambers. We’re coming at this from all perspectives.

This year-long process from beginning to end will be extensively documented and transparent. Group members will blog and post to social media regularly, indexing everything using the hashtag #SXSW419. All of this will be collected into a special area of Richland Source throughout the week.

But that’s just the beginning.

As part of our Solutions Journalism series, Rising From Rust, Richland Source will extensively cover the journey of this group as they put their respective plans into action. We’ll cover the obstacles and the setbacks, the allies and the victories; all in an effort to understand what drives change and rebirth in a small city like Mansfield.

The collective effort, and investment, and sacrifice undertaken by this group on behalf of Mansfield will be measured in hundreds, if not thousands, of hours. It’s a measure of the commitment bubbling up around the community.

We invite you to join us on the journey and be part of a city rising from rust.

Jay Allred is the President of Richland Source and a founding board member of Idea Works. Their newsroom  reports on a four county area with a focus of Solutions Journalism, which looks beyond reporting on problems, and examines how similar communities are successfully addressing issues and how their methods can apply locally.

Cameron Haring is a global citizen and probably the first millennial.  He is a native son with a desire to accelerate the bold regeneration of our city.

Maura Teynor is the Chief Advancement Officer at the Richland County Foundation. She works with donors to ensure their charitable wishes are fulfilled. Maura’s duties include donor cultivation, community collaboration and communication. She implements the Foundation’s brand awareness through community and media relations, newsletters, annual report, social media, blogs, website content and events.

Matthew Stanfield is a local architect, husband and father of seven who is deeply invested in the future of this community through volunteerism and as Principal Architect at FiELD9: architecture. Where he strives to provide community minded architecture with a modern sensibility and an eye towards sustainability.

Jotika Shetty is a planner and the Executive Director of the Richland County Regional Planning Commission. The Commission seeks to guide the growth within the region along a sustainable and resilient path with a focus on multi-modal transportation and smart land-use policies. She seeks to collaborate and engage around the common purpose of enhancing quality of life for the people who choose Richland County as home.

Leona Smith is the Executive Coordinator at the North End Community Improvement Collaborative (NECIC) and Temp2Higher. NECIC’s focus is to improve the economic landscape of the North End community while Temp2Higher, which is NECIC’s first social enterprise, is an alternative staffing organization. Leona primarily works with executive management in addition to her involvement with Workforce Development and Housing Initiatives.

Damien Beauford, father of five, is a Barber and young entrepreneur who has a heart for his city and young people who will be the future leaders. He has a passion for small businesses and opportunities they could bring to the community.

Chelsie Thompson is the Executive Director of the Renaissance Performing Arts Association, an organization that presents and produces over 55 performances each year in its historic theatre in downtown Mansfield. Chelsie is a strong proponent of the power of the arts and arts education as a necessary driver for personal, economic and social growth.

Bob Bianchi is City Engineer for the City of Mansfield.  The  engineering department strives to provide professional engineering services that sustain and enhance the quality of life, health and safety for Mansfield citizens.  Bob enjoys project development that collaborates with community members and seeks to provide progressive and innovative solutions.

Aurelio Villa Luna Diaz is a Case Manager at Catalyst Life Services and dance instructor for Richland Newhope Industries, Inc. In addition to case management and dance, Aurelio is a musician who performs and records music as Chico’s Brother. Music, art, mentorship and activism are areas that Aurelio is very passionate about and hopes to incorporate those elements, professionally, at his building called La LUNA.

Jodie Perry is the President & CEO of the Richland Area Chamber of Commerce and Richland Community Development Group (RCDG). These countywide organizations work to establish a healthy business climate, provide opportunities for networking, drive community and workforce development initiatives and attract new businesses to town. Originally from Upstate NY, and a proud Ashland University alum, she is a collaborator at heart and is invigorated by the teeming potential for our communities.

Last June, the Richland County Foundation Board of Trustees voted to approve a grant to the Chamber Foundation to send 15 individuals to Austin, Texas for SXSW. Now, in March, that trip is happening.

President of Richland Source and founding board member of Idea Works.