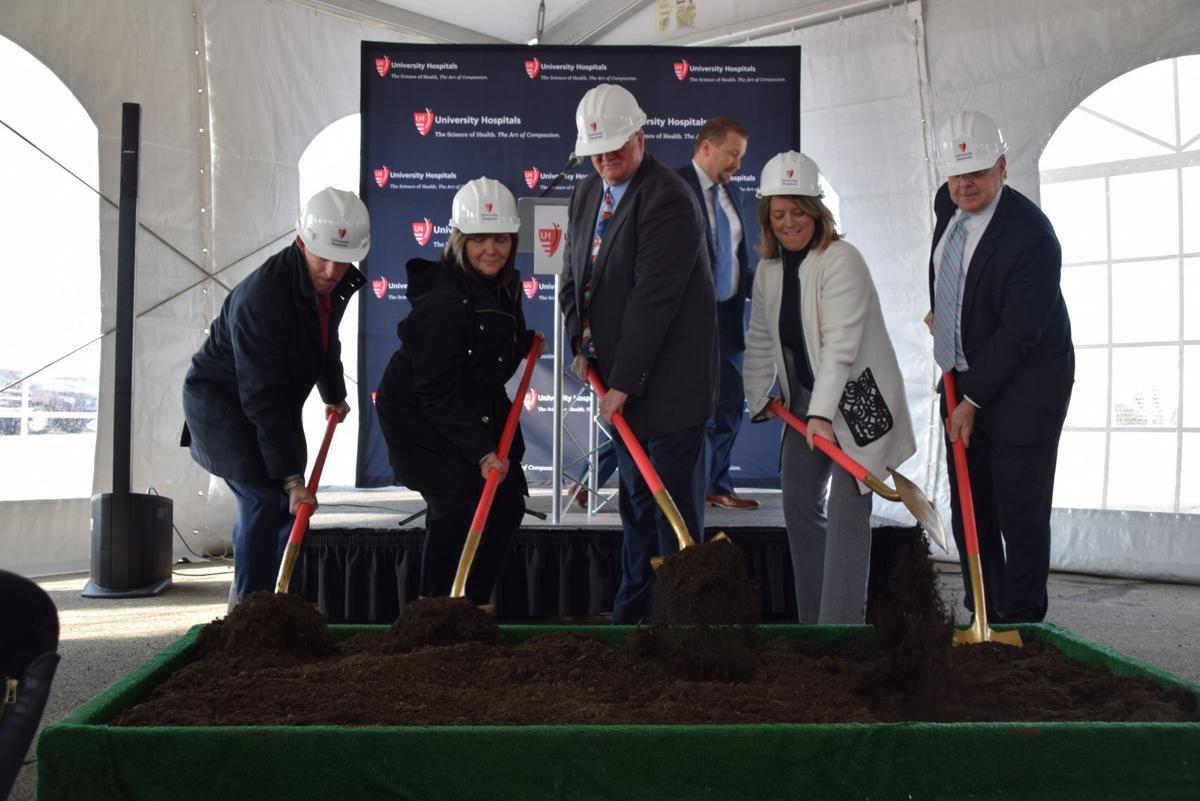 Representatives of University Hospitals and Richland County officials broke ground for a medical facility in Madison Township in late March. 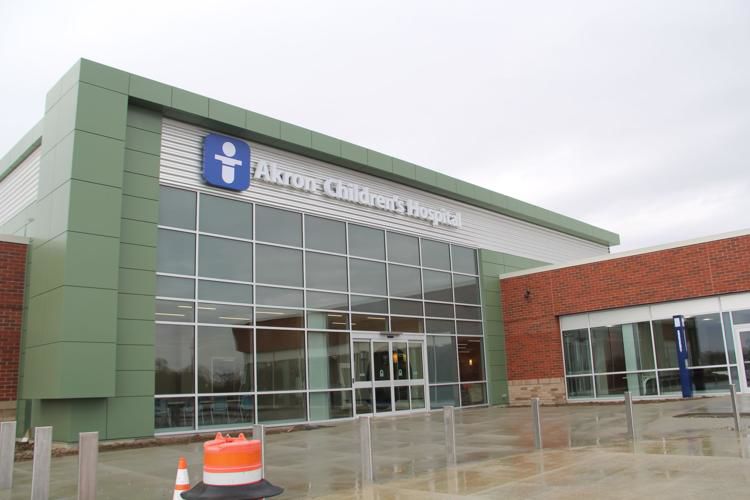 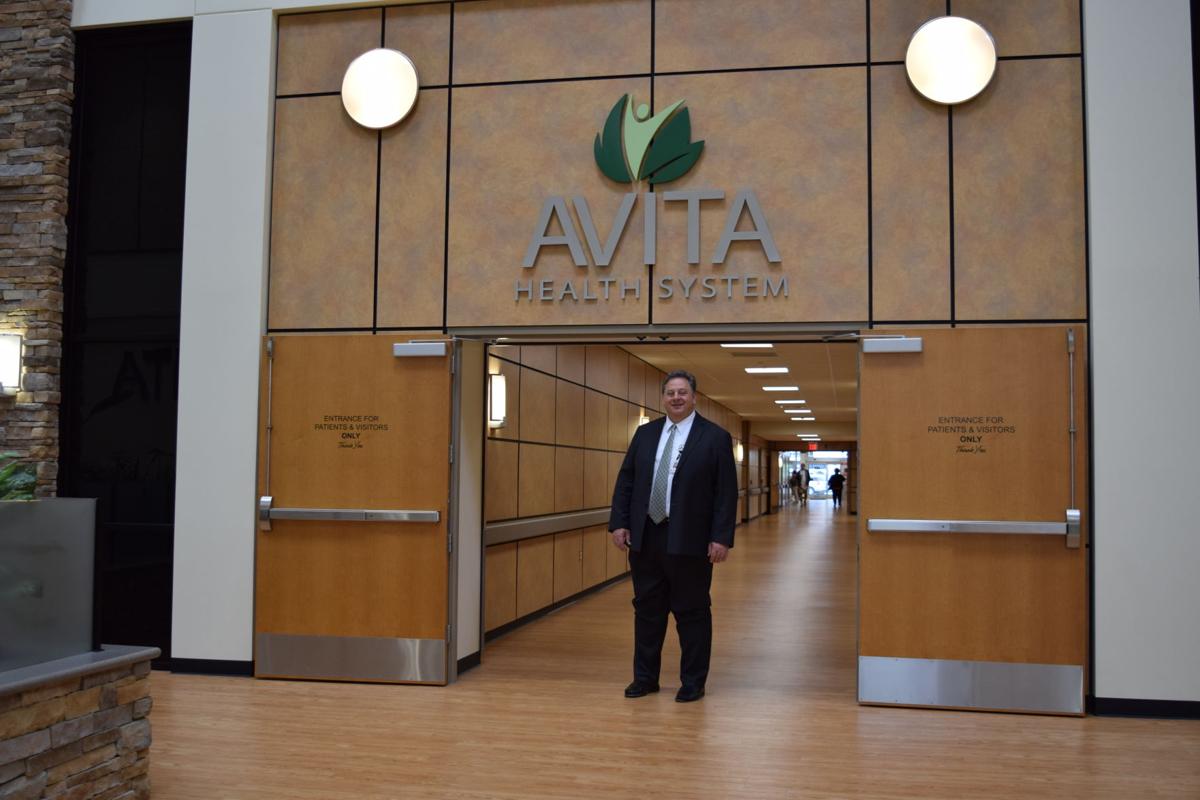 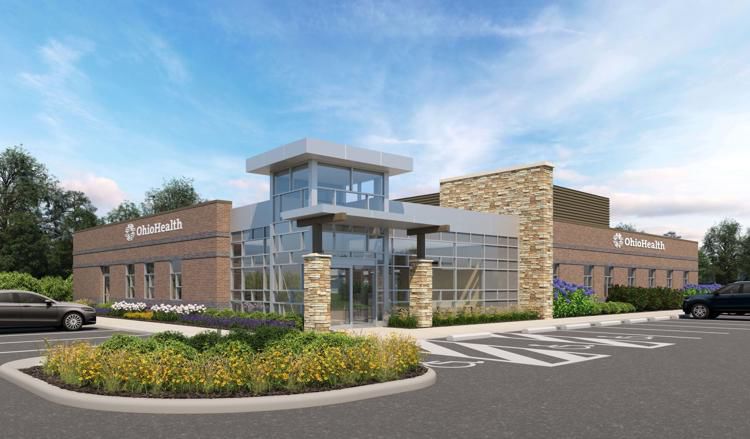 OhioHealth's new facility will be located on State Route 42 near Lakewood Road. 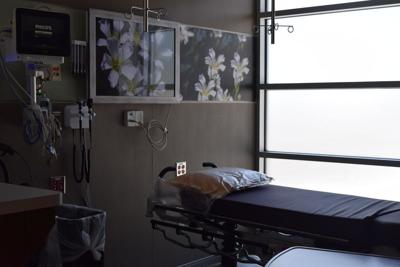 MANSFIELD – You don't have to travel far to find a variety of healthcare options in all corners of Richland County.

A mere two months prior, OhioHealth announced plans to expand its presence in Lexington with a 10,000 square-foot, $5 million medical office building on State Route 42 near Lakewood Road. The facility will provide more room for the OhioHealth Physician Group Primary Care practice, currently at 375 W. Main St. in Lexington, that hospital officials said was outgrowing its space.

The same day as OhioHealth’s announcement, University Hospitals broke ground on a 30,000 square-foot, $17 million outpatient health center in Madison Township. Its mission is to offer “easy access” from another portion of State Route 42 and is expected to be complete by spring 2020.

The healthcare industry is changing - especially in Richland County, where in a short time several healthcare providers expanded and began offering new services to the area’s increasingly aging population.

The numbers aren't quite as significant as neighboring Pennsylvania and West Virginia, where 17.4 and 18.8 percent of the population is 65 or older respectively -- but still, healthcare providers have responded in flocks.

“I think they all look at Mansfield as a regional market that’s dead center between two major markets (Cleveland and Columbus) and maybe three, if you count the Akron-Canton area," Bowersock said. "They’ve all identified this area as having an aging population. It’s part of the demographics here."

But the question remains - can Richland County sustain this influx of healthcare expansions for much longer?

We've tackled this topic before

Back in August of 2016, Richland Source noticed a similar trend in the rapid development of healthcare options in the region.

At the time, Avita Health System had just announced plans to renovate Crestline’s vacant Geyer’s grocery store and a new Bellville clinic, only a few months after OhioHealth Mansfield Hospital announced the construction of a $5.8 million “freestanding emergency department" on Lexington-Springmill Road.

Between the two healthcare providers, there are 62 beds available for emergencies within a five-mile radius in the Mansfield area.

Are the region's health systems in a turf war?

Recent acquisitions of building space and land for construction suggests a turf war between the two entities. But the rapid growth also corroborates with a state and national trend.

We asked the question, are the region's health systems in a turf war? But even in 2016, the rapid growth could be explained by the same state and national trend: the growth of an aging Baby Boomer population.

In fact, the U.S. Bureau of Labor Statistics projected a 17-percent increase in medical and health services managers from 2014 to 2024. The rate was “much faster than the average for all occupations.”

“One of the criticisms around the nation and Ohio is that community doctors don't exist like they used to," Tremmel said in 2016. "The systems are huge, the amount of money spent in the system is overwhelming and difficult to control.”

Avita Health Systems and OhioHealth Mansfield downplayed any mention of a turf war in 2016. However, both media representatives at the time acknowledged competition does exist.

That trend hasn't gone away in 2019 -- but healthcare providers also insist that improving the overall health of Richland County residents remains at the core of their respective missions.

Bowersock calls the local boom in the healthcare industry “a considerable growth” that filled a void in the community.

A longtime Mansfield resident, he recalled times when local healthcare options were limited. Doctors didn’t have the capacity to take on new patients, and those in need of “specialty care” nearly always needed to travel outside of Richland County.

“I think it’s easier to compete if you’re right next door to your competitors,” he said.

As of now, he continued, there’s plenty of the market to go around.

This trend to localize care was highlighted by Richland County healthcare providers, too. In fact, some say it’s what patients -- their customers -- are demanding.

He explained University Hospitals (UH) will use telehealth, the use of digital information and communication technologies to access health care services remotely, at the Madison Township building to provide patients with better access to specialists - which in the past would have been limited due to geography.

Ultimately, he said, it addresses a Richland County need.

“Our research demonstrated that this area is underserved in terms of healthcare. The new health center will meet the needs of both the Richland and Ashland County communities, and more specifically, Madison and Mifflin Townships,” Harford said.

Once complete, the two-story building first will house urgent care, laboratory, radiology, physical therapy and community spaces for educational needs, including screenings on the first floor and office suites for specialists and primary care physicians on the second floor.

“We do not use the hub and spoke model where patients end up being transferred out of the area for the care they need,” Morasko said. “Our board members live and work in Crawford and Richland Counties, and who better to make decisions about the services that are needed in these areas?”

Avita has 30 locations, including three hospitals. Eight clinic locations and one hospital are in Richland County. Avita Ontario Hospital was completed and opened as a full-service facility in February 2017, and has continually updated its technology and services ever since.

“Avita’s mission is to improve the health and well-being of those we serve and Richland County is in our geographic market,” Morasko said. “Before we expanded into Richland County, many patients were driving from Richland County to Crawford County for services.

“Expanding into Richland County allowed us to provide access to care closer to home for these patients.”

Where do I go when?

With so many options, it’s hard to know: Where do I go? And when should I go there?

Vinson Yates, president of OhioHealth Mansfield Hospital and OhioHealth Shelby Hospital, called the system’s proposed Lexington facility the “perfect example” of the healthcare industry’s changes. It will allow patients to get imaging and blood work done in Lexington instead of traveling to Mansfield.

“In the past, many of the healthcare options were centralized. The consumer market is now driving healthcare organizations to become less complex, more convenient and smarter about costs. We like to use the terms simple, accessible and affordable,” Yates said.

In the last five years, OhioHealth has invested close to $200 million in capital projects between Richland and Ashland counties. Current construction projects in Richland County include the new OhioHealth Physician Group Primary Care Practice in Lexington, a $1 million expansion to the Mansfield Hospital Infusion Clinic and other renovation and relocation projects.

“We are making care more accessible for patients, so they no longer have to drive to larger metropolitan areas to have quality care and advanced imaging.”

Even then, he said, Richland County is still underserved in terms of primary care physicians as well as a few specialties, such as urology, gastroenterology and neurology.

“We are aggressively recruiting in those areas,” Yates said.

Akron Children’s leadership is considering localization, too, but also convenience in its recent investments.

The system has been providing services in Richland County for more than a decade, offering primary care pediatrics and other specialty care options for local children. Its new Akron Children’s Hospital Health Center, located at 1029 South Trimble Avenue, combines many of its local services into one building.

“Last year, Akron Children cared for nearly 25,000 patients from Richland and its surrounding counties that resulted in nearly 75,000 patient visits,” said chief operating officer Lisa Aurilio. “We recognize the stress that families experience if, for example, they have to travel far to see a pediatric cardiologist, orthopedic surgeon or another specialist.”

The hospital’s goal, she continued, has been to alleviate a family’s stress by bringing specialty care closer.

“In our current center, for example, you may see a pediatrician recommend speech therapy or physical therapy for a child, and instead of writing down a different address, now that child can simply walk down a hallway to meet and begin working with their new therapist, and the pediatrician and therapist will be able to closely collaborate on the child’s progress,” Aurilio said.

Aurilio isn’t too alarmed by the interest in Richland County, either.

“It’s not surprising to us that other healthcare organizations would want to build facilities in Richland County” she said. “It’s a wonderful community, but we just focus on what we know and do best, which is pediatrics.”

Morasko, of Avita, recognized the competition as a positive -- something that benefits the entirety of Richland County.

“These new facilities provide patients with more access to care,” he said. “Previously, patients could not find primary care and were having long wait times in the existing emergency room.

“Richland County was underserved and patients were seeking healthcare in neighboring counties. Competition can be a good thing and makes us strive to do even better.”

If there truly is a correlation between Richland County’s aging population and the influx of healthcare facilities coming to Richland County, one question remains: What happens after the Baby Boomers?

Hospital leadership says there was a void anyway, that Richland County was underserved. Bowersock agrees to some extent.

“I know their thought is that there's still going to be demand, and we'll still be able to support what's being built now and if not, what's there now and more,” Bowersock said. “I think at the level it is now we're fine, and we should be fine.

“I don't think they put the money and the investments, the millions of dollars that are being invested here now, if they didn't see 15 or 20 years from now.”

Yates, of OhioHealth, admitted it's difficult to forecast how the industry will evolve.

“The healthcare industry is moving at lightning speed, so it will be difficult to predict what it looks like in 20 years. We do know technology will transform healthcare,” he said. “For the next 20 years, we will continue to follow our mission to improve the health of those we serve.

"We will continue to adapt to the needs of the community – like we do today.”

Avita’s leadership imagines its future healthcare system as “bigger and better than ever.”

“If the population starts to fluctuate, we will strategically adjust and make changes as needed,” Morasko said. “We are very appreciative of the support from the community and strive to continue to provide quality care and increase access to needed services.”

More specific short- and long-term goals are set annually on a strategic planning retreat, where Avita leadership, “look(s) at what is missing and needed in our communities and look(s) at ways we can fix those holes.”

As for Bowersock’s take on Richland County’s future, he’s optimistic. He’s hopeful that current initiatives like the Mansfield Rising plan could drive an increase in Richland County’s younger population - or potential future patients - for its many healthcare facilities.

“I think we're already seeing more young professionals anyways, at least I'm seeing more. And we're seeing the downtown improve and that seems to be bringing in a younger crowd here,” he said.