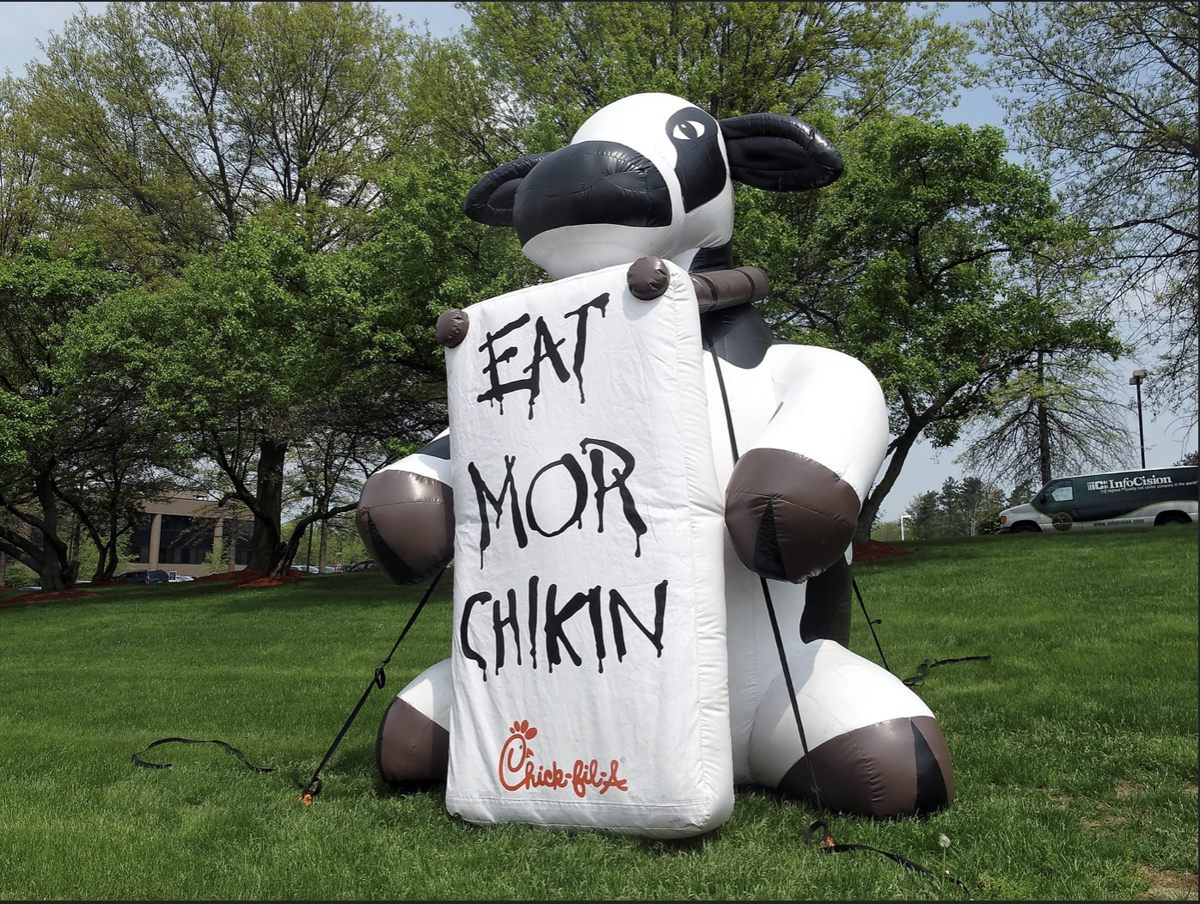 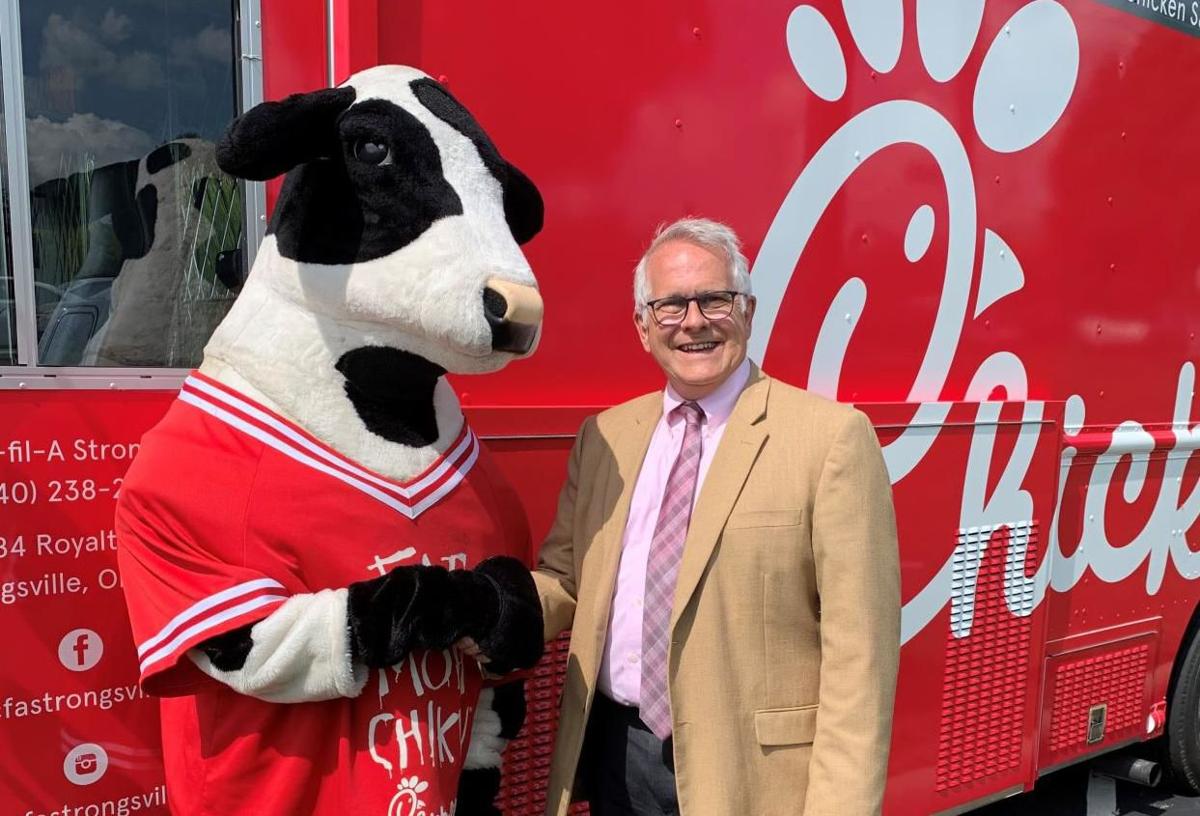 Mayor Tim Theaker encouraged residents to patronize Chick-fil-A in an efforts to get them to permanently locate a restaurant here in Mansfield. 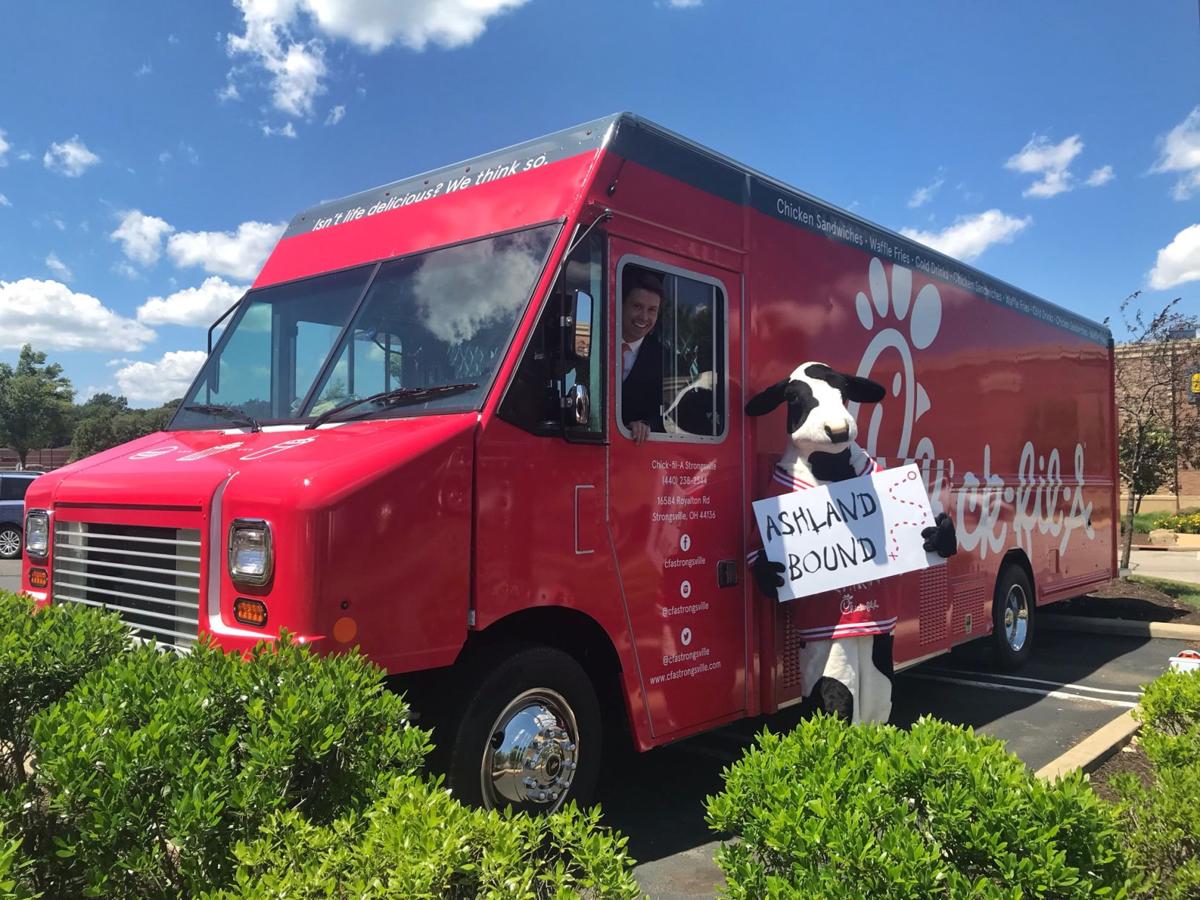 Mayor Matt Miller poses with the Chick-fil-A food truck that will be coming to Ashland weekly on Tuesdays from the restaurant chain's Strongsville location.

This story was written in response to an anonymous question sent through Open Source: There are many rumors about Chick-Fil-A. When or where are they going to build a brick-and-mortar location in the Mansfield area?

MANSFIELD -- Richland County residents' mouths have been watering with anticipation and wanting to 'Eat Mor Chick'n' from Chick-Fil-A.

Some in the county have come out in strong numbers to visit the Chick-Fil-A food truck, which made regular appearances in various spots in the community last summer and fall.

In Ontario, Mayor Randy Hutchison said his residents ask him about the restaurant continuously.

Hutchison said he tried speaking with Corporate Chick-Fil-A sometime last year, but never heard back from them.

In July of 2019, Mansfield mayor Tim Theaker introduced the community to a Chick-Fil-A food truck.

"Chick-fil-A’s intent is to test various locations in our city over the next several months to see if there is enough business to permanently locate a facility here in Mansfield," Theaker said.

Lately, the mayor has pulled back from conversations with the Georgia-based Chicken Eatery, he said.

"I backed away after questions from the public kept coming up," he said Monday. "I wanted a brick-and-mortar building. I think it's a great idea and I like their food."

Tim Bowersock, the director of economic development for the City of Mansfield said other local restaurants complained this would bring another competitor to town and cut into their customer base.

"It depends on the stronghold the businesses have with their customers," Bowersock said. "When Tim Horton's wanted to come here, we heard several complaints. But I don't think I've heard any complaints about it since it came."

The Chick-Fil-A food truck also made appearances in Ashland County.

Jade Wojtowicz is now the new business development director with Chick-Fil-A Strongsville and said she has no control of what happens in terms of a permanent restaurant in Richland County.

"We actually have no say in (whether) or not that happens," Wojtowicz said. "It completely goes through corporate and the most that we do know is (Richland County) definitely made the map from the Truck progress. Until corporate decides what they want to do, we are happy to serve you on the truck."