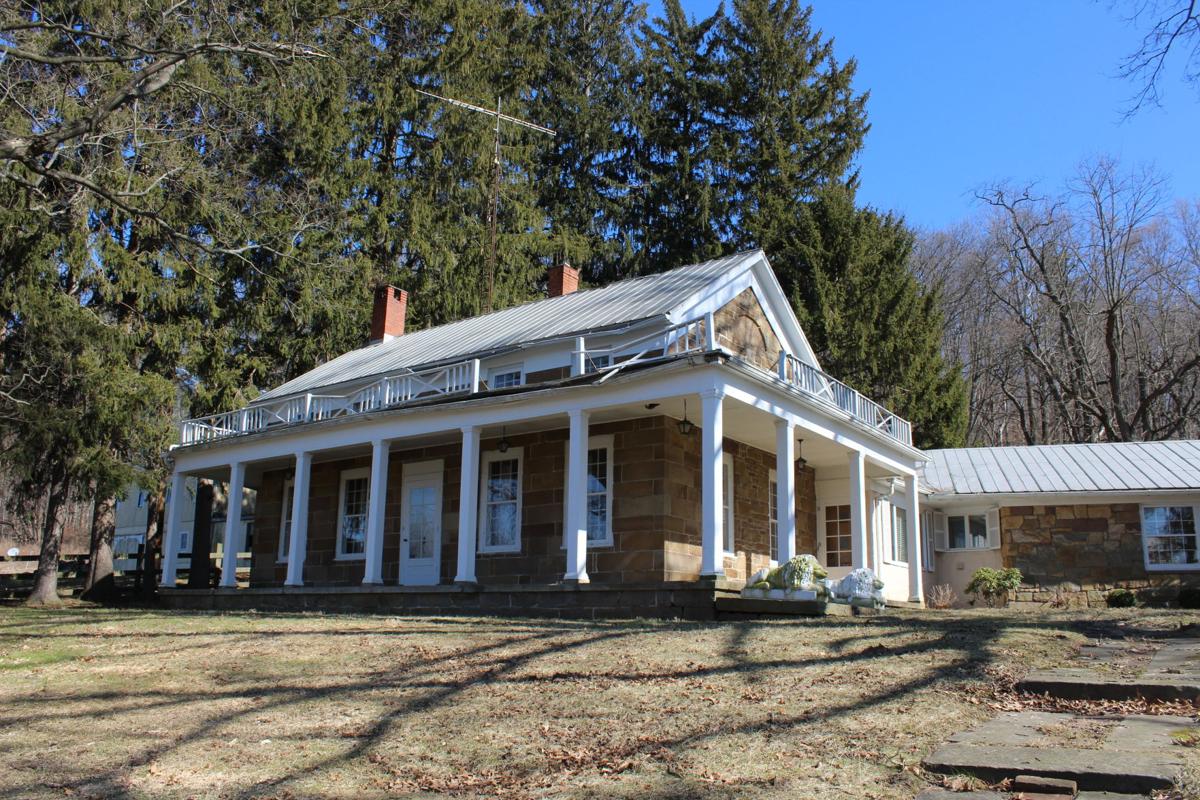 The old stone house on Lexington Springmill Road is perhaps the most well known Underground Railroad site in Richland county. 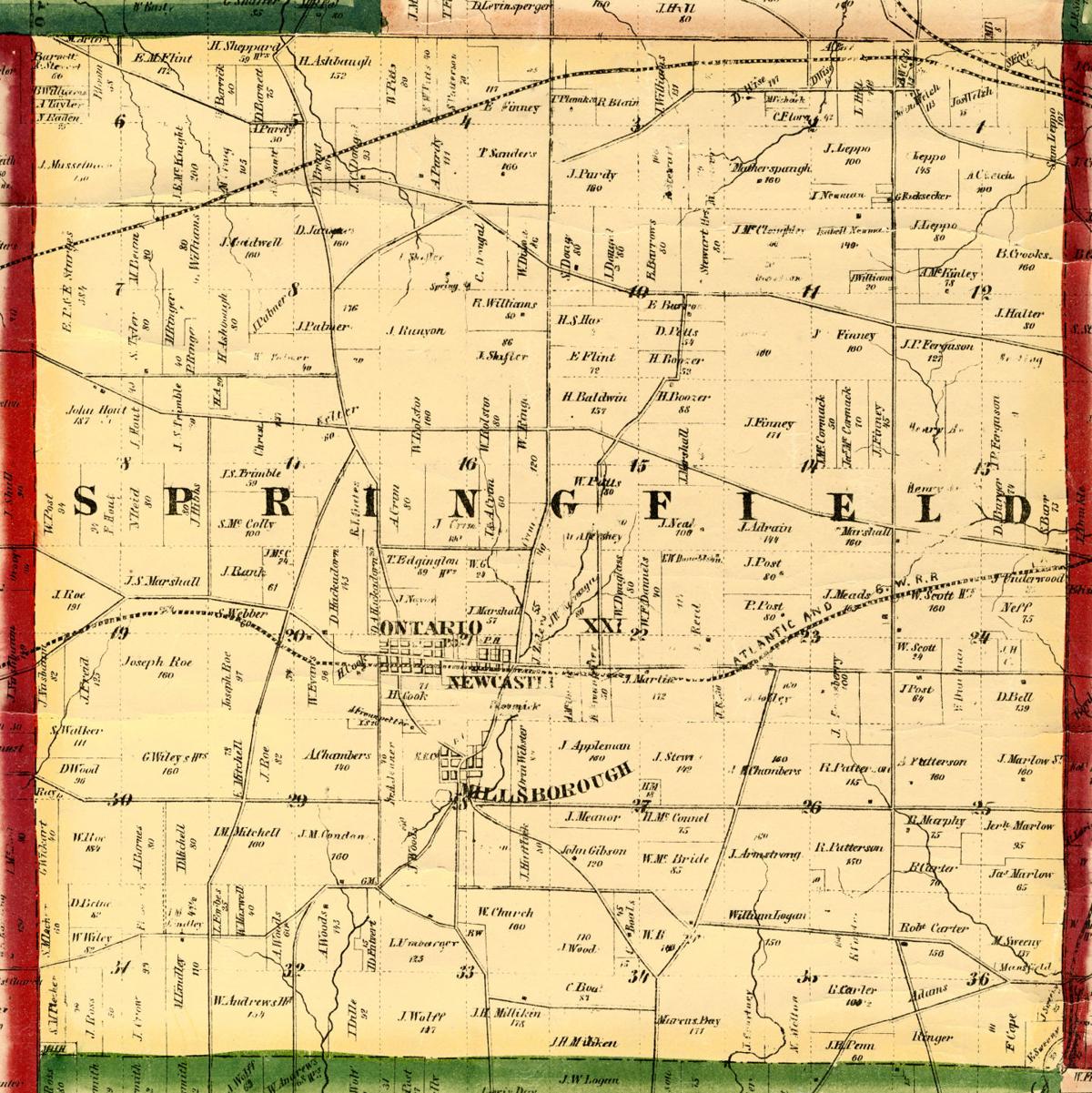 A map of Springfield Township from 1856. Finney resided in the eastern part of the township, while Roe lived on the far west side. 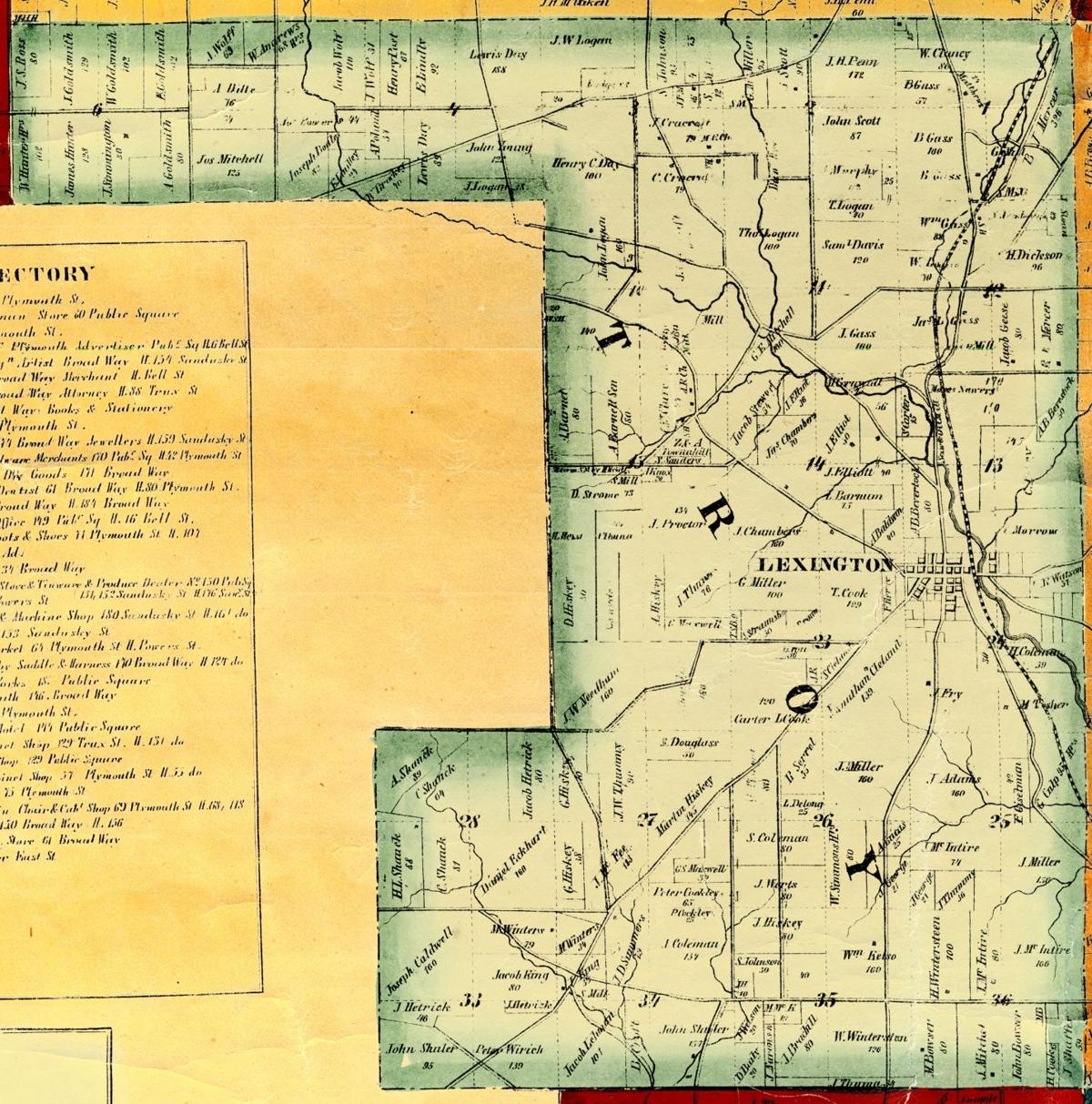 A map of Troy Township from 1856 shows where members of the Gass family lived. 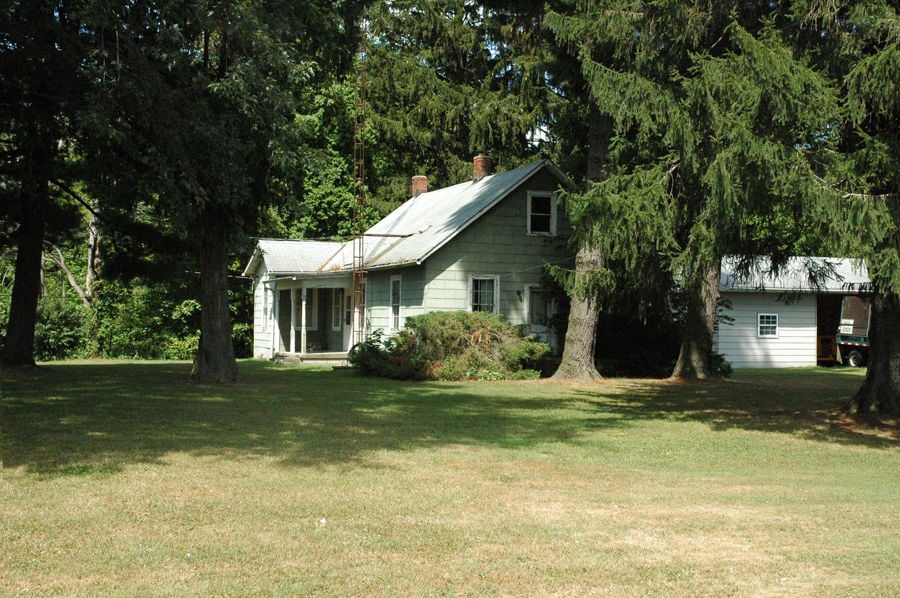 Sam McCluer's home can be seen from Gass Road below the Clear Fork dam at the City of Mansfield's maintenance facility.

I can still remember the first time I learned there was an Underground Railroad station right here in Richland County. I was in the car with my mother, driving down Lexington-Springmill Road. I don’t remember how old I was or where we were going, but I remember her pointing to an old stone house on a hill, with moss covered lion statues guarding the front door.

“That house was part of the Underground Railroad,” she told me.

I felt a sense of wonder as we whizzed past, but I never learned anything more about it. Who lived there? How were they involved? Where did people hide?

When one of our readers submitted a question about the history of the Underground Railroad in Richland County, I jumped at the opportunity to answer it. I figured I’d finally find something out about the stone house.

It turns out there were more Underground Railroad stations in Richland county than I would have anticipated.

The Underground Railroad was a network of people who helped fugitive slaves escape the South. Those who were willing to help runaways were known as station masters or conductors. Participating in the Underground Railroad was extremely dangerous. Tempers flared around the issue of abolition, and fugitive slave laws made it illegal to assist runaways, even in northern states.

Since aiding fugitive slaves carried legal and social consequences, few records were kept by conductors themselves.

“It’s one of those things, it was never documented,” said Robert Carter, who spent years sorting through fact and fiction for his book, “Tales of the Old-Timers: The History of Lexington.”

"A a lot of the stories didn't come out about it until after the Civil War was over. Then it became local lore," said Bvenitta Williams, a professional tax preparer and local historian. "That is the nature of the Underground Railroad -- a lot of things were hard to prove."

It was once believed that Oak Hill Cottage was a hiding place, but no one has found evidence to support the theory.

Most of what we know about the Underground Railroad we owe to accounts passed down by family members and early historians, who worked to identify routes and conductors in the decades after the Civil War.

Jayson Schlechty, who runs the Sherman Room at the Mansfield Richland County Public Library, helped me sort through some of these documents.

“I don’t know if they’ve ever confirmed anything in Mansfield itself, it's more those farms outside the city,” Schlechty told me as he pulled up newspaper articles, excerpts from books about local history and letters dating back to the 19th century.

Fugitive slaves passing through Richland County were typically transferred from Iberia or Mount Vernon up to to stations near the Clear Fork Valley or in Troy Township, then up to Springfield Township and onto stations near Oberlin or Savannah.

After years of research, Williams stated that there were about 17 stations throughout Richland County. Three of them were operated by African Americans, including a barber named Isaac Pleasants.

Williams confirmed the stone house was indeed an Underground Railroad site. It was owned by the Gass family.

During the age of the Underground Railroad, William Gass and his two sons, Benjamin and James, all owned farms in Troy Township. Benjamin was frequently listed as one of Richland County's conductors, but a number of area historians believe that James was also involved.

It was James who built the stone home on Lexington-Springmill Road. His name and that of his first wife Jane, who later died in childbirth, are carved into the sandstone on the roof, along with the year 1843.

Marilyn Ritchie grew up in the house and later inherited it from her parents. She said her father did extensive remodeling in the 1950s when the family moved in.

“Supposedly there was a place in my dad’s closet ceiling that lifted up and someone could crawl up there,” she said. “The attic was up there and they raised that a little bit, so we’ve always thought that’s where (slaves were hidden).”

While Ritchie has yet to find any irrefutable proof of the home’s historic significance, she said she's fairly confident that the home was a sanctuary for fugitive slaves. When her family moved into the house, there was a sign across the street designating the home as an Underground Railroad site.

It has since been taken down.

Like most people and places associated with the Underground Railroad, Ritchie said people are often tempted to exaggerate the history of her home.

“Some people think there’s actually an underground tunnel or something. There’s nothing like that,” she said with a laugh.

Ritchie also denied the existence of false walls and a secret door in the fireplace -- rumors I had secretly hoped were true.

While James Gass' stone colonial is the most well-known Underground Railroad site in the area, early historians seemed largely unaware of him. Most early letters, books and newspaper articles mention his brother, Benjamin, who lived on a farm up the road.

We don't know much about the life of Benjamin Gass, but historians believe he worked closely with John Finney and Samuel McCluer, who often brought runaways to the Gass station. Benjamin went on to marry Samuel and Sarah McCluer's daughter, Elizabeth.

According to area historian Tim McKee, the McCluer home also remains to this day. It can be seen from Gass Road below the Clear Fork dam at the City of Mansfield's maintenance facility.

Meanwhile, the home of Springfield Township's most famous conductor, John Finney, is long gone. "Uncle" John Finney's farm was located near the intersection of Lexington Springmill and Walker Lake Road.

In his 1909 book “The History of Ashland County,” A.J. Baughman wrote that Finney entertained thousands of runaway slaves at his farm, sometimes overnight or for multiple days. Baughman wrote that he often transported the runaways in a sled, hidden underneath a layer of wheat.

One story printed in numerous county histories and newspaper articles dating all the way back to the 1880s was the tale of how Finney outwitted a group of slave hunters that showed up at his farm. According to a March 6, 1884 story in The Mansfield Herald, they had come to Mansfield in search of runaway slaves and were told to go to Finney’s farm.

When they showed up to the farmhouse, Finney told them that he knew nothing about runaways. He also refused them permission to search his farm without a warrant.

Some of the slave hunters went back to Mansfield to obtain one, but others stayed to keep watch, so Finney invited them to join the family for breakfast. Steam was wafting from the fresh homemade sausages and hot buckwheats, smothered with butter and molasses, that sat on the kitchen table.

The unwelcome guests accepted Finney's offer and sat down to eat. Meanwhile, a household servant slipped out to the barn, where a group of runaway slaves was hiding, and told them to run.

After the meal, Finney informed his guests that it was the family’s custom to pray after breakfast and asked them to join. Not wanting to be rude to such a hospitable old man, they agreed to join him in the sitting room, where he opened his Bible to Psalm 119. (At 176 verses, it’s the longest chapter in the Bible.)

According to the Herald article, Finney read the psalm in its entirety, very slowly and solemnly, then delivered a lengthy prayer. When the rest of the search party arrived with a warrant, Finney himself gave them a tour, allowing them to examine every inch of the farm. After searching the property and finding no fugitives, the men allegedly asked Finney why he'd made them get a warrant if he had nothing to hide.

He replied that the U.S. Constitution protected his right against unreasonable search and seizure.

While Gass, McCluer and Finney are the most well-known conductors in the area, they were far from the only ones. Other names that turned up during my search were George Mitchell, Joseph Roe, James Wood, Mathias Day Jr. and a Mr. Robbins.

If you can figure out his first name, you're a better historian than I am.