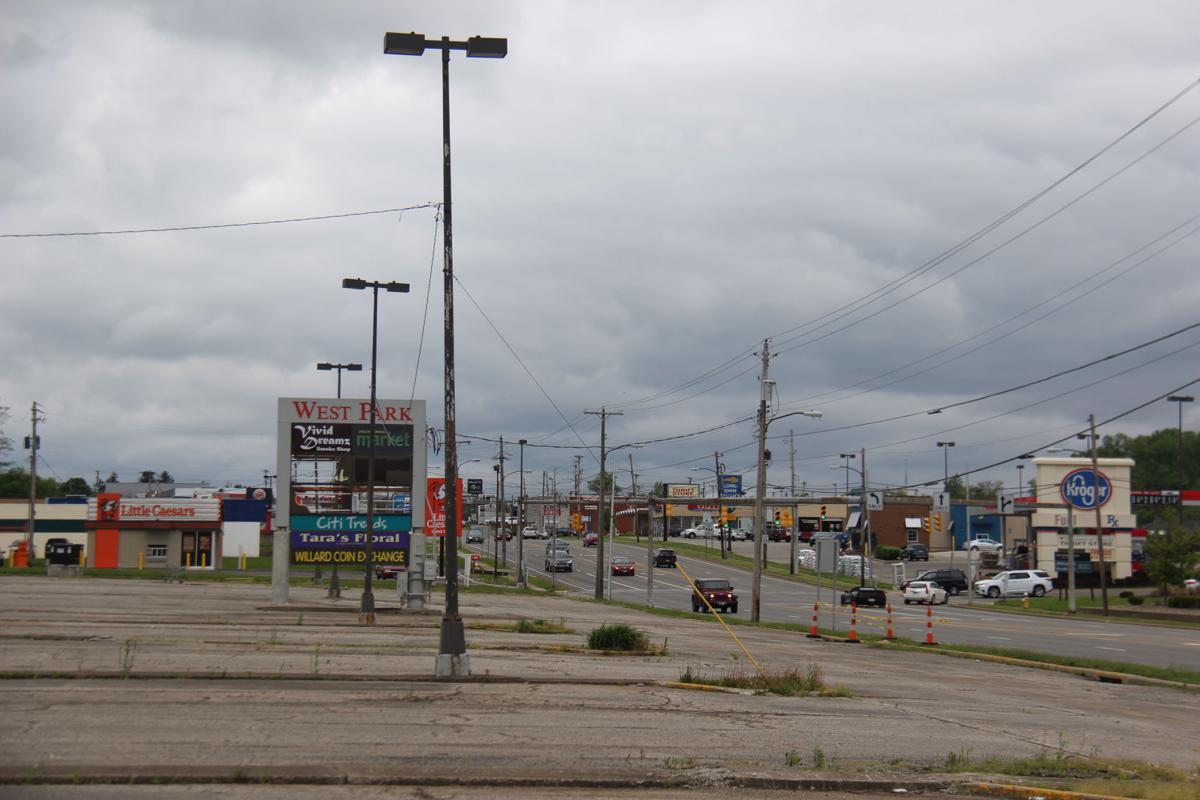 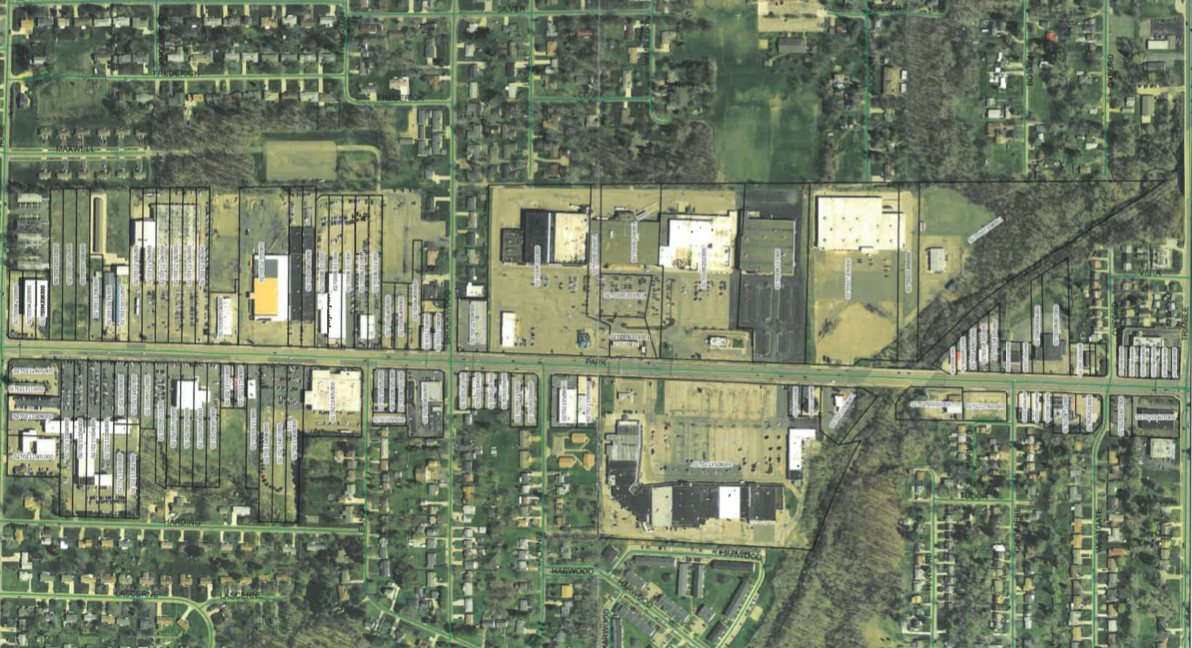 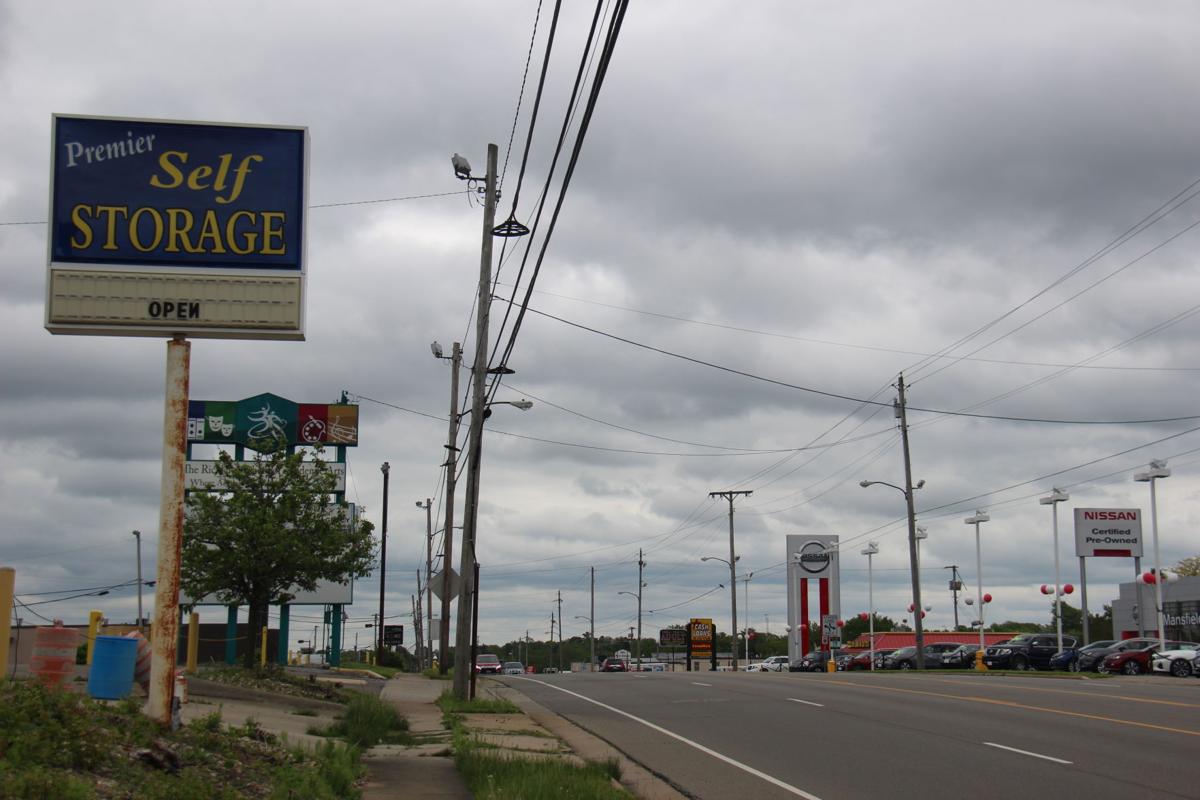 EDITOR'S NOTE: This story is Part II of a two-part series in response to a reader-submitted question through Open Source, a platform where readers can submit questions to the staff. Reader Jesse Robinson asked, "Are there any plans for a commercial comeback of the West Park Shopping Center on Park Avenue?"

His second-generation company, Mansfield Motor Group at 1493 Park Avenue, has sold cars for more than 70 years.

He remembers the road's bustling history. After all, that stretch of Park Avenue from Trimble Road to Home Road was once nicknamed Mansfield's Miracle Mile.

Mansfield Mayor Tim Theaker recalled the busy stretch of businesses that lined that portion of Park Avenue. It included JCPenney, Montgomery Ward and plenty of independent businesses, all within a five-minute drive of each other - not to mention the West Park Shopping Center.

"It was the Mecca of Mansfield," he said. "Stores galore."

"It slowly deteriorated to a point where we started this organization (the Miracle Mile Association) back in 2000 to 2002 because we noticed some problems," Schluter said. "There used to be a place up here called Kingsgate Mall, which is where Kroger is now (on Park Avenue) and it was really scary. It was empty. It was a problem."

Schluter and the Miracle Mile Association tried to raise funds for a collective business-owned pot of money to improve the Miracle Mile, but with the national economy in a recession, extra money was hard for businesses to find.

"If we had been able to do it then, imagine how much money we'd have now?" Schluter said. "Millions, maybe."

Still, in the near-decade since the first attempts to rejuvenate the Park Avenue area, businesses have left for newer locations, properties have aged significantly, and many units remain vacant. Nowhere is this more apparent than the West Park Shopping Center.

While the future may be bleak for the West Park Shopping Center, its location on the Miracle Mile is fixing for a comeback.

Recently, Schluter and other business owners along the Miracle Mile have begun to make efforts to start up the Association again. Their goal is to make the area a location where Mansfielders want to come and spend their money, keeping those dollars local.

"When you buy hamburger, and you got 7 percent sales tax, that money goes to Columbus. They keep all that, except except 1.25 percent, that comes back to Richland County. The county gets money back for every dollar spent here," Schluter explained. "If we spend our money somewhere else ... then they get their portion of the tax. It doesn't help Mansfield.

"So when we're shopping online or buying something out of town, we're actually taking revenue away from our community."

With more local stores attracting patrons, that figure would go up, Schulter said.

"The more revenue generation we can do here, the more money stays here," he said.

Theaker, who has spoken publicly about the efforts of the Miracle Mile Association, said he believes they can make the high-traffic corridor miraculous again.

"There's potential," Theaker said. "There are definitely people who are looking to revitalize the Miracle Mile. I give those people a tremendous amount of credit. Dirk sees a vision of what it was and what it could be, and we just need to get the right people involved."

To help, the city is looking to create a special improvement district (SID) for the area.

According to DowntownAkron.com, who has a successful special improvement district, a SID is a private, not-for-profit organization established under state law. It acts as a mechanism through which property owners assess themselves to provide funding for extended service aimed at the economic enhancement of the area.

Theaker defined frontage as the area between the city-owned property and the property owner's lot.

"With an SID, the owners will define how much is paid into it and what gets improved and used with the money," the mayor said.

Jodie Perry, president of the Richland Area Chamber of Commerce & Economic Development, is familiar with the Miracle Mile SID project. She believes there's reason to be confident about its potential.

"We've been trying to pull in business owners and property owners for the past year," she said. "Years ago, the Richland County Development Group (RCDG) had a sector focused on the Miracle Mile and for a number of reasons, it became inactive.

"About a year ago, Dirk reached out to us and said he'd really like to see something go on with this."

Perry said the sector was reconvened and has been focused on reaching out to businesses and property owners to get them interested in the SID.

Akron established its SID after the city suffered a decline, resulting from the nationwide trend of the outflow of businesses and residential development from the city into suburbs and malls. The SID was established in 2000, and renewed in 2005, 2010 and 2015.

So far, the RCDG sector, which Perry is a part of, is looking for examples of what others have done with SIDs.

"A lot of communities have used it successfully in their downtown areas, and I think there's something we can take from that, but the Miracle Mile is obviously a different beast than a downtown area," she said.

Perry noted Morse Road in Columbus has an SID.

"They've had one successfully for years. Primarily, that one funds mostly beautification and upkeep efforts," she said.

Generally speaking, Perry said the sector would love to see more food establishments in that area.

"One thing we have talked about as an asset to that area is Kingwood Center Gardens. It brings in tens of thousands of people to the area a year. And when people leave and want to eat, where can they go? Choices are key. People will come in if they know there's a big group."

"I think some type of entertainment could work out there. There's neighborhoods surrounding it," Perry said. "I think what we are looking at now, is how much of your life can you do in one spot?

"Twenty or 30 years ago, there was a focus on cars and driving to one place and then another. Now, it's like we want to live and work and walk to places."

Another idea is to connect the B&O Bike trail to the Miracle Mile stretch and make it so bikers are safe and comfortable using the corridor.

"Anything we'd want to do is going to take a lot of money," Perry said. "We're working with a consultant right now to investigate the possibility of an SID. It's definitely not a done deal, but we're starting to have early conversations with property owners right now.

"I'm optimistic something can happen out there. It's not a done deal, but what I think is helpful this time is that everyone is at the table."

West Park Shopping Center has seen a steep decline in tenants over the past five years -- a far cry from its glory years of being a part of the Miracle Mile on Park Avenue West in Mansfield.