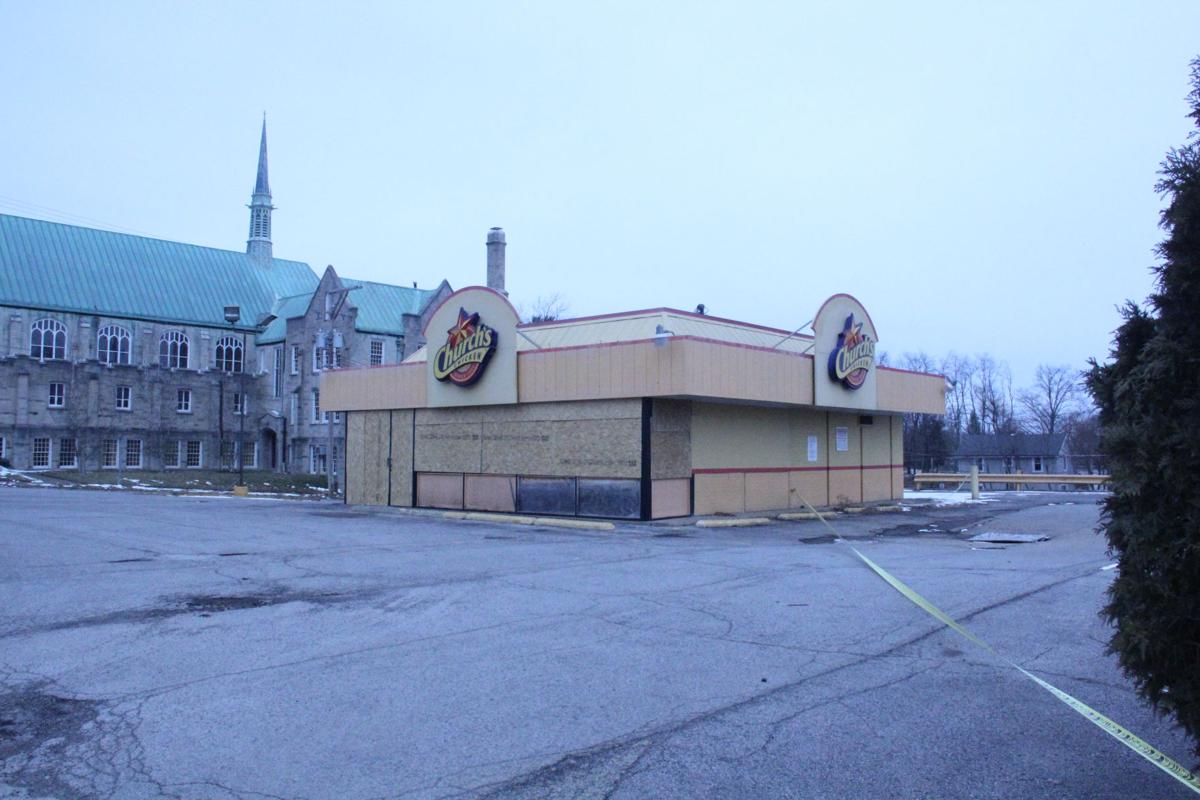 Church's Chicken stands, boarded up, with caution tape on one side of the 276 Park Avenue West property. No one who works for the city knows what happened. 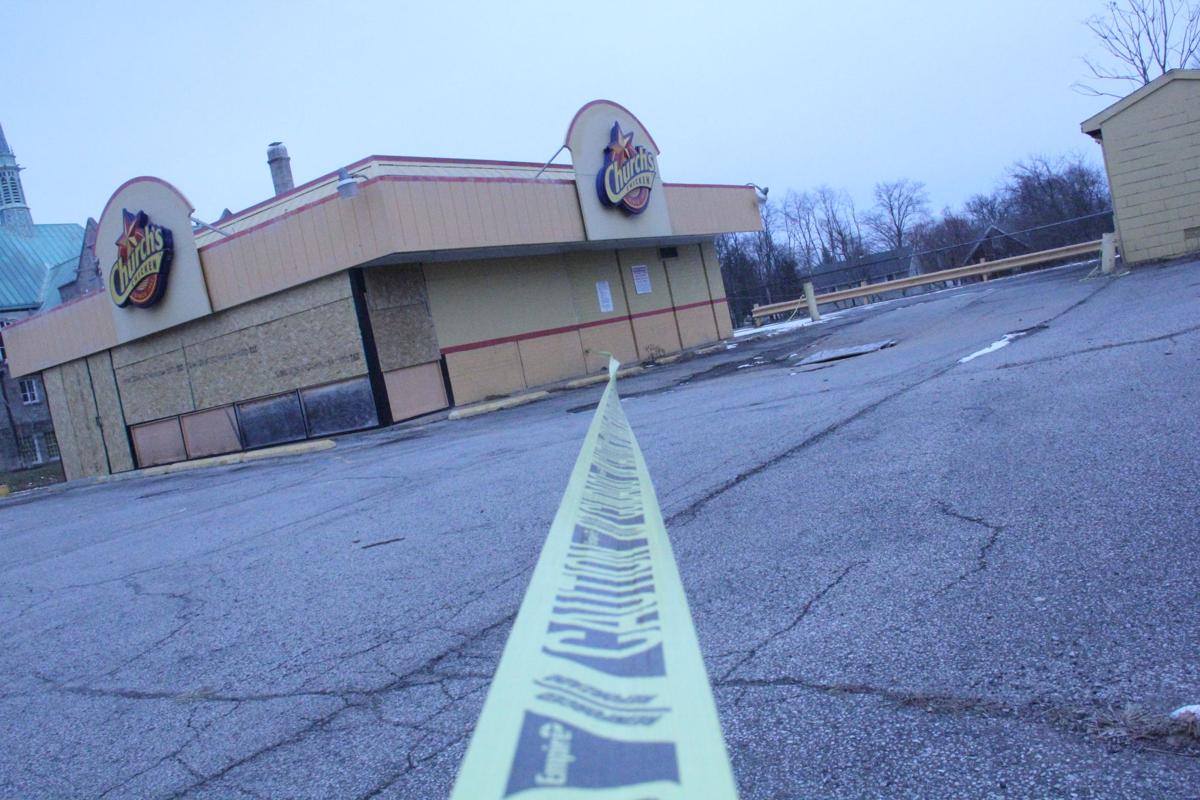 MANSFIELD — My odyssey into figuring out what happened to the Church's Chicken on 276 Park Avenue West started with a stumble and ended with a thud.

I was assigned an Open Source question from an anonymous user on Jan. 6 asking, "Has Church's Chicken permanently closed?"

Reading this as an easy 'yes' or 'no' answer story, I left the editorial meeting with confidence — boy, was I wrong.

My first call was to Reed Richmond, a public health educator at the Richland Public Health Department. The department cited Church's Chicken with several critical and non-critical violations against the health code. But Richmond quickly told me he and the department didn't know why the restaurant was shut down.

Within three hours of scoping social media, and calling multiple numbers with ties to the Corporate Church's Chicken office, I still had no idea who the owner of the franchise was.

I walked to the Richland County Auditor's Office looking to see if they could help me find the owner of the fried chicken franchise.

There, I discovered Spirit SPE Portfolio 2004, a Delaware Limited Liability Company in Scottsdale Arizona with a P.O. Box in Arlington, Texas. This company owned the property.

"That probably means it's a dummy company," the man who helped me said while circling the Commercial/Industrial Review document.

Armed with a deflating confidence and the review document, I walked into the Richland County Recorder's office hoping for better luck.

There, two women helped me track down a document showing 276 Park Avenue West was sold from Humble Oil and Refining Company, a Delaware corporation, to Church's Fried Chicken with a P.O. Box in San Antonio, Texas.

This deed was signed and sealed on June 13, 1972. We found no information about its closing, though a woman living in the apartments across the street from Church's Chicken told me it had closed some time in January.

Back at my office desk, I called Spirit SPE who told me they did not know the owner of 276 Park Avenue West.

"We oversee a lot of companies," said the woman, who did not identify herself. "I know I can't tell you who owns that franchise, because we have so many companies."

I called them the following day and asked again for information on the owner at 276 Park Avenue West. The woman who answered quickly hung up on me.

Frustrated and on a mission, I called the corporate office's franchisee line, and asked about opening a franchise in Mansfield.

So, that may be an answer to the question of was it permanently closed but not why it closed.

In case you were wondering, I am several thousands of dollars away from even opening a Church's Chicken restaurant.

On the third day of whiffing at the project, I called the commercial inspector's office. He told me one rumor -- the floor had caved in -- was likely not true, but that he had not been to the restaurant because there had been no complaints since last winter.

I called the Secretary of State's office who told me a different company, BAM Enterprises, in Columbus, owned the building. They did not answer when I called twice.

This story doesn't end with much of a resolution, unfortunately.

I did track down the phone number of a supposed manager of Church's Chicken, listed at the contact number on a commercial inspection document.

She answered once and said she would call me back. She didn't, and she has yet to answer my follow-up phone calls.

Sometimes, the right people just don't know the answers. If any readers know of any information, please shoot me an email.

Until then, I will start penny-pinching to re-open the Church's myself.