A nationally-renowned creator, Sowash has made a living creating pieces that pair patterns with common objects, including the flora and fauna found in her backyard. She's created products associated with the "Harry Potter" and "Lord of the Rings" franchises. Her designs have been sold at stores such as Barnes & Noble, Walmart, Target and Borders.

So when Sowash and her husband moved from Kettering to Mansfield last August to care for his aging parents, naturally she wondered about the city's efforts to preserve her muse.

"New resident from Dayton, Ohio. Concerned about U.S. cities losing 36 million trees," Sowash submitted to Open Source. "Is Mansfield planning for trees? It matters, I would like to stop the loss. Tree cover in U.S. cities is shrinking." 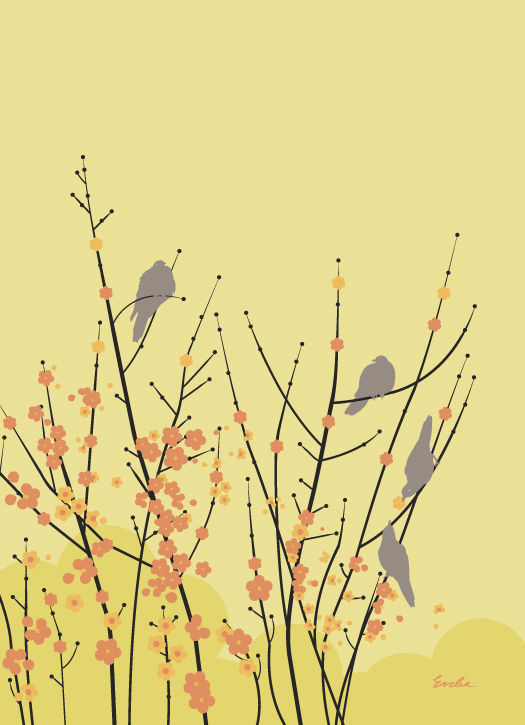 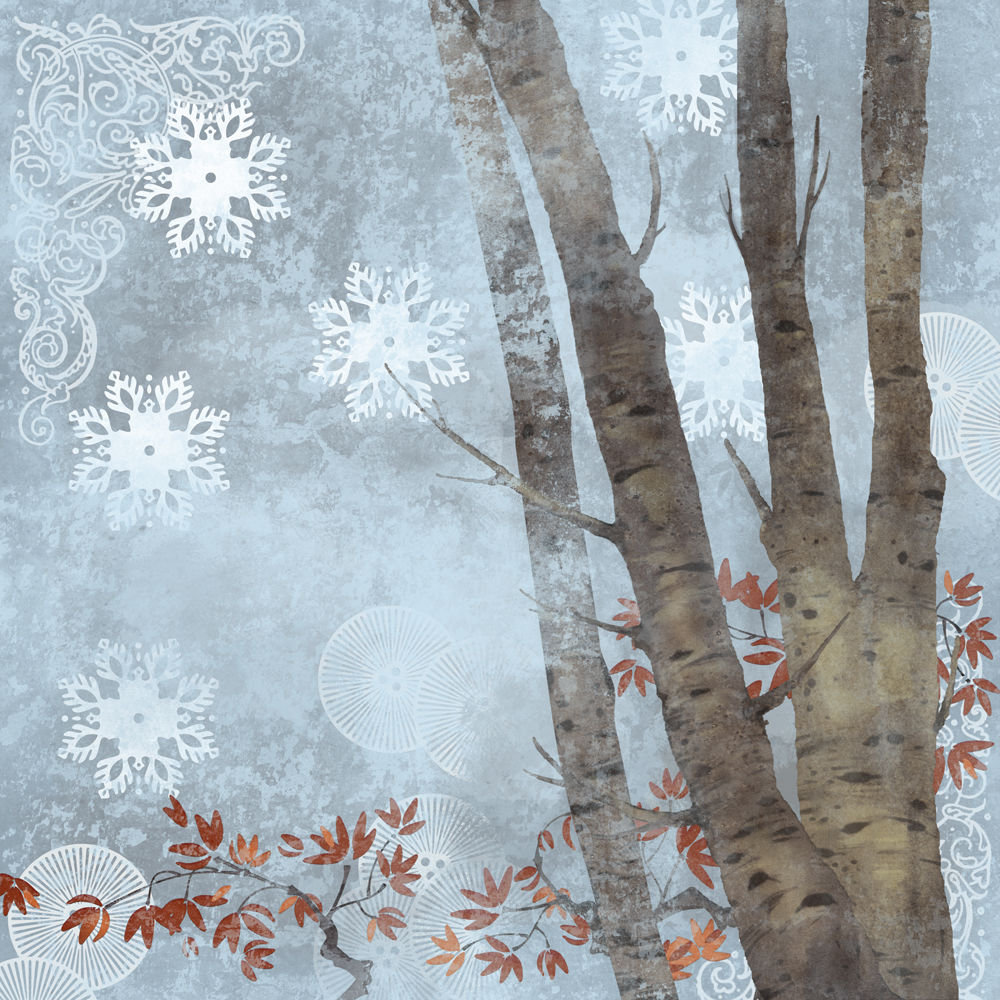 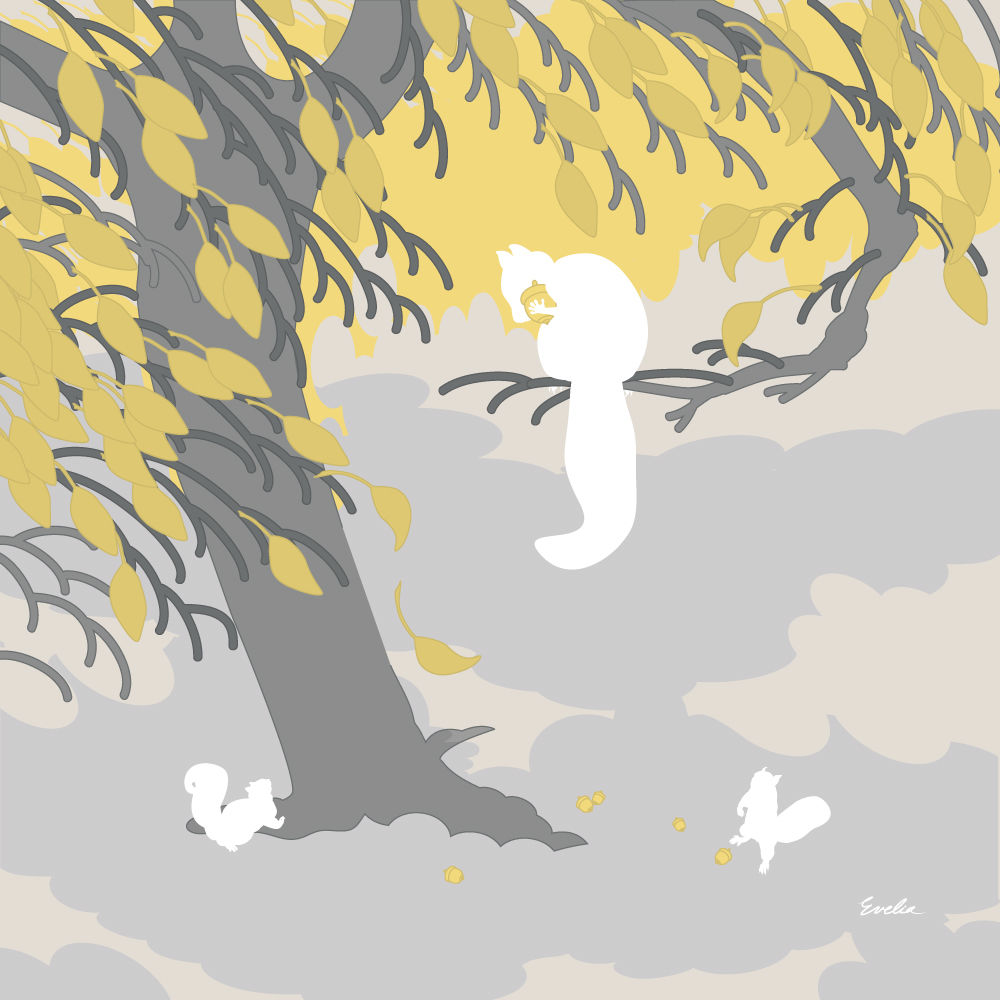 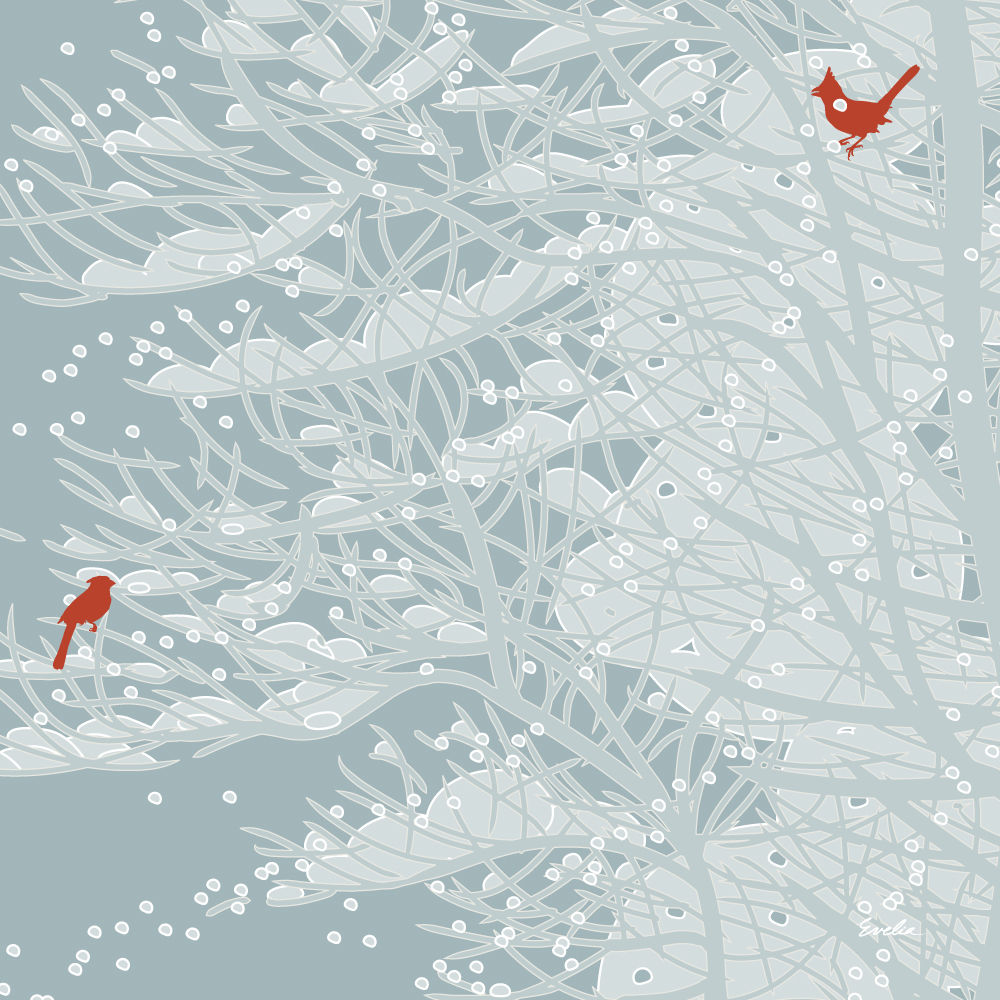 The figure Sowash references comes from a study published in 2018 by the U.S. Forest Service, which found the country lost 36 million trees annually from urban and rural communities over a five-year period. That's a 1% drop from 2009 to 2014.

If we continue on this path, "cities will become warmer, more polluted and generally more unhealthy for inhabitants," said David Nowak, a senior U.S. Forest Service scientist and co-author of the study.

The short answer is yes, Mansfield has ongoing plans for trees, according to public works director David Remy, a member of Mansfield's Shade Tree Commission. The commission was formed through an ordinance passed by Mansfield City Council in 1976; its members include the director of public works, the chairman of council's streets and traffic committee, and three residents appointed by the mayor and approved by council.

"With respect to the city’s urban forestry efforts, we have a tree replacement/maintenance program in place to plant new trees in Central Park while looking at old trees that may need to be removed," Remy said via email. "We have planted new trees along Trimble Road and Marion Avenue that replace trees previously removed. We have planted new trees at the Cook Road/Dickson Parkway intersection.

"We are constantly assessing urban forestry issues that arise during each year. We have also initiated a Trail Walking Arboretum along the B&O Trail."

Remy also shared the 2019 report of the Shade Tree Commission's activities, which included beginning an updated inventory of trees planted by the city, celebrating Arbor Day with an educational program at Malabar Intermediate School, and potting 200 tree seedlings for distribution at the Downtown Children's Festival. 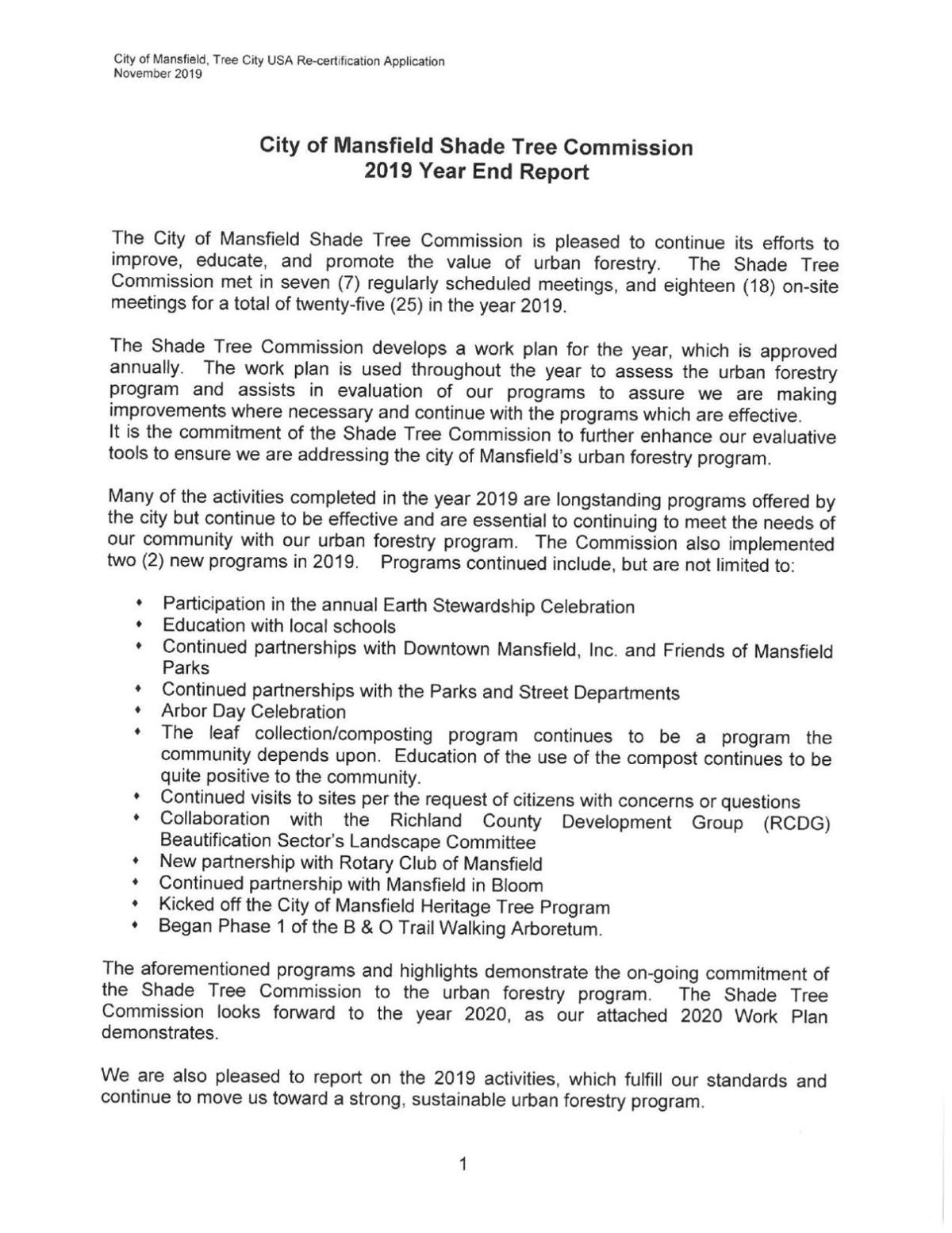 The report also stated the Shade Tree Commission continues to offer its expertise to the beautification sector in providing information on potential trees to be planted. A total of 30 trees were planted in the parks as part of this group of volunteers.

Still, Sowash wonders if more can be done.

"Everybody thinks nature lives someplace else - no it doesn't, it lives right where you are right now. Or at least it used to," she said. "When you take a tree down, what was there before was meant to be there for a reason. It grew there for a reason."

In Kettering, Sowash noted the city has a "Citizen Tree Program" run by the Parks, Recreation and Cultural Arts Department. To encourage the planting of quality street trees throughout the city, the department makes available a limited number of trees to Kettering residents. These trees are offered on a first-come, first-served, shared-cost basis.

"The trees are available to Kettering residents, businesses, churches and others, but will be limited to one tree per person, per address," the city's website states. "The trees are planted by the Parks Division with all further maintenance being the responsibility of the owner."

Sowash also independently researched native trees to plant in her own front yard here in Mansfield, which led her to Riverside Native Trees, a restoration nursery in Delaware that specializes in growing native trees and shrubs from locally collected seeds.

"What a lot of people are looking for are plants that have local genetics," said owner Ed Kapraly, a retired high school science teacher. "The idea being if we can get seeds from a big, healthy mature tree, those genes are then passed along to offspring and they carry those traits and become well-adapted to living in the area."

The specific benefit of trees native to your area also includes providing a food source for native fauna such as butterflies and moths, Kapraly said. According to the Riverside Native Trees native species map, they have 22 trees and 11 shrubs native to Richland County in production.

"The native trees form the basis of the food web," Kapraly explained. "If you don't have those native plants, you won't have any insects feeding on them, then at the next level you have birds, they won't be prevalent as well. You're taking the producers out of the food web."

On an individual level, Sowash and her family are environmentally conscious by limiting travel by car and plane, using reusable bags at the grocery store, recycling as much as possible, and reusing water from baths and showers to water their plants.

"I love the open skies and the big puffy clouds, and I love all the trees in Mansfield, so it's a little upsetting when you keep seeing signs up saying (a wooded area is for sale for development), or your neighbor cuts down a tree," Sowash said.

"We're all connected. If you look at the overall picture, the one blue marble in the blackness of space, it's all of that. It all matters."

How you can help stop tree loss

Protect what you have: Nowak says the first step is caring for the trees on your own property. "We think we pay for our house, and so we must maintain it. But because we don't pay for nature, we don't need to. And that's not necessarily true."

Prune the dead limbs out of your trees: If they're small enough, do it yourself or hire a company. The risk of limbs damaging your house is significantly lowered when there's tree upkeep, Nowak said.

Notice where your trees may be in trouble: Often, you can observe when something's wrong, such as when branches are losing leaves and breaking or when mushrooms are growing at the base or on the trees. You can also hire an arborist or tree canopy expert to assess the health of your trees on an annual basis. Or you can contact your local agricultural extension office for advice.

Don't remove old trees if it's not necessary: Instead, try taking smaller actions like removing branches. "It takes a long time for these big trees to get big: 50 to 100 years. And once they're established, they can live a long time. But taking a big tree out and saying 'we'll replant,' there's no guarantee small trees will make it, and it will take a very long time to grow."

Allow trees to grow on your property: Although everyone's aesthetic is different, it's the cheap way to get cooler yards and lower energy bills. It's also an inexpensive approach to flood and noise control.

Nowak says he laughs when his neighbors wonder why their property doesn't have more trees, because "I hear people running their lawn mowers." Fallen seeds need a chance to implant, and constant mowing prevents that. If you don't like where a seedling is growing, you can dig it up and plant it or a new tree where you like.

Educate yourself about trees and get involved: Many cities have tree ordinances that seek to protect very old, significant trees. You can get involved by attending city council meetings. You can also help your city plant trees by joining local nonprofit groups.