A pavement repair project on Ohio 13 from Chilton Avenue to Hanley Road is complete, according to the Ohio Dept. of Transportation. 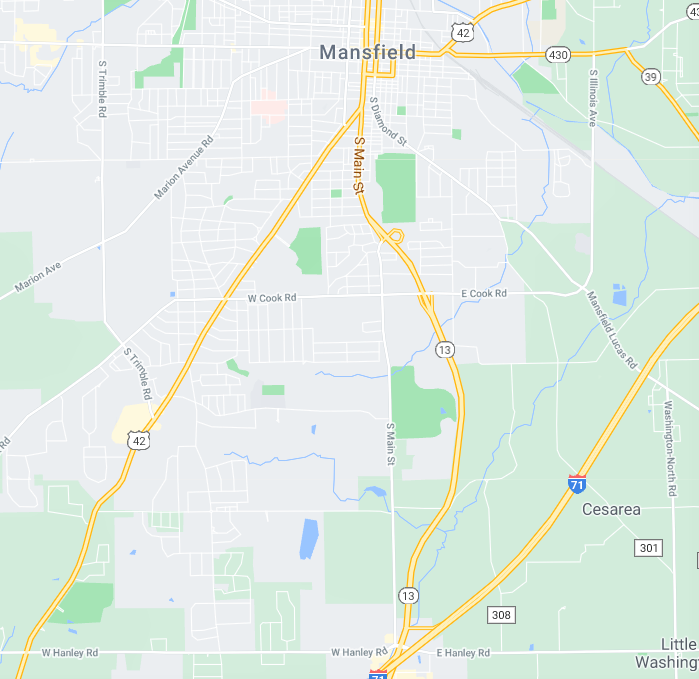 The above map shows a stretch of Ohio 13 on Mansfield's south side that recently underwent a pavement repair project.

Sections of Ohio 13 have been repaired between Chilton Avenue and Hanley Road on Mansfield's southside.

MANSFIELD -- A pavement repair project on Ohio 13, from Chilton Avenue to Hanley Road, is complete, according to the Ohio Department of Transportation.

"This was a pavement repair project, not a repaving," ODOT District 3 spokeswoman Crystal Neelon said Friday.

She said workers would return to the road next week to do additional pavement markings, but otherwise, "This project is complete."

The road is in the City of Mansfield limits, but it's an ODOT project. No city money was involved in the work.

Work began several weeks ago on the divided, four-lane highway, which serves as the southern entrance to the City of Mansfield from I-71. Lane closures north and south bound were frequent as the work was done.

Re-striping of the road was completed on Thursday.

Some motorists complained to Richland Source that the road surface is now more uneven in places than it was before the project was done. Motorcyclists expressed concerns about long seams of new pavement not matching up with existing pavement.

Neelon said during pavement repair projects that contractors put down paving only where needed. She said the paving will settle over time and become smooth with the remaining road surface.

The spokeswoman said the repair project was designed to maintain the several miles of highway until it's "completely removed and rebuilt in the next few years."

"It wouldn't be fiscally responsible to repave the road now and then replace it in a few years," she said.