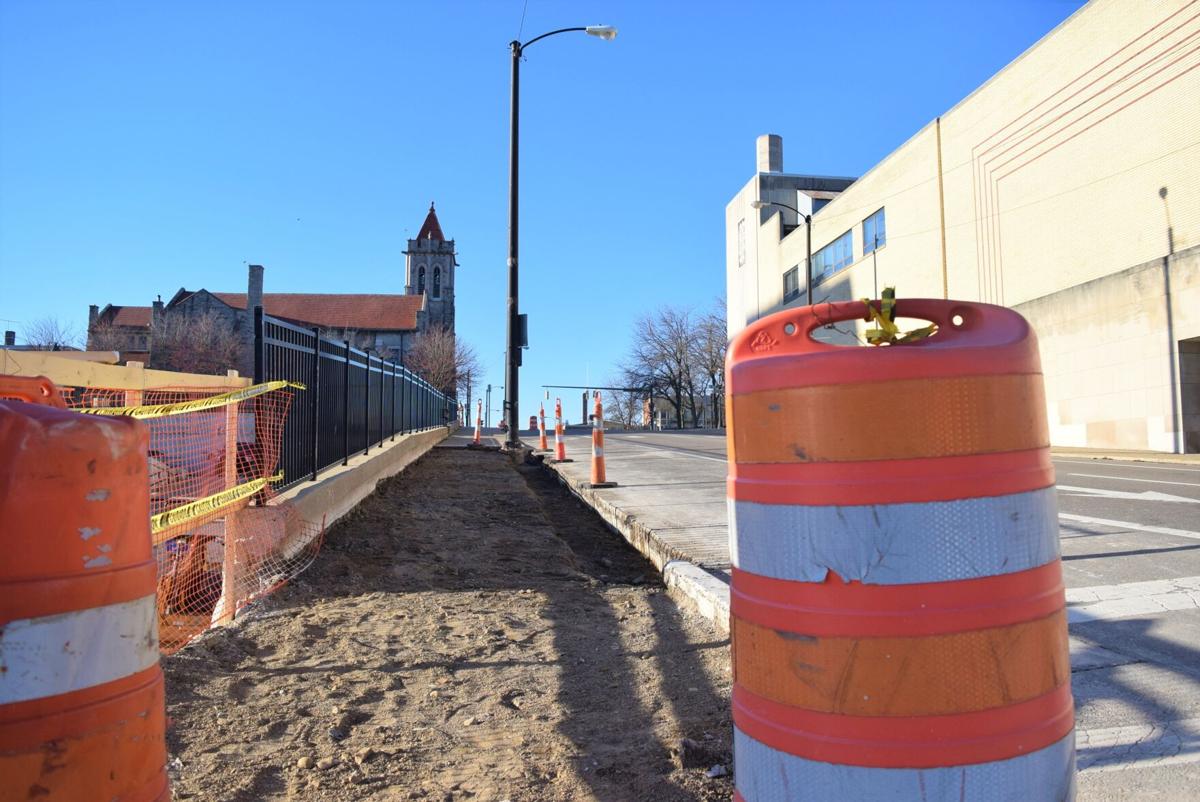 Concrete work on sidewalks is underway along Diamond Street in downtown Mansfield. The work is part of the conversion plan that will convert the street to two-way traffic. 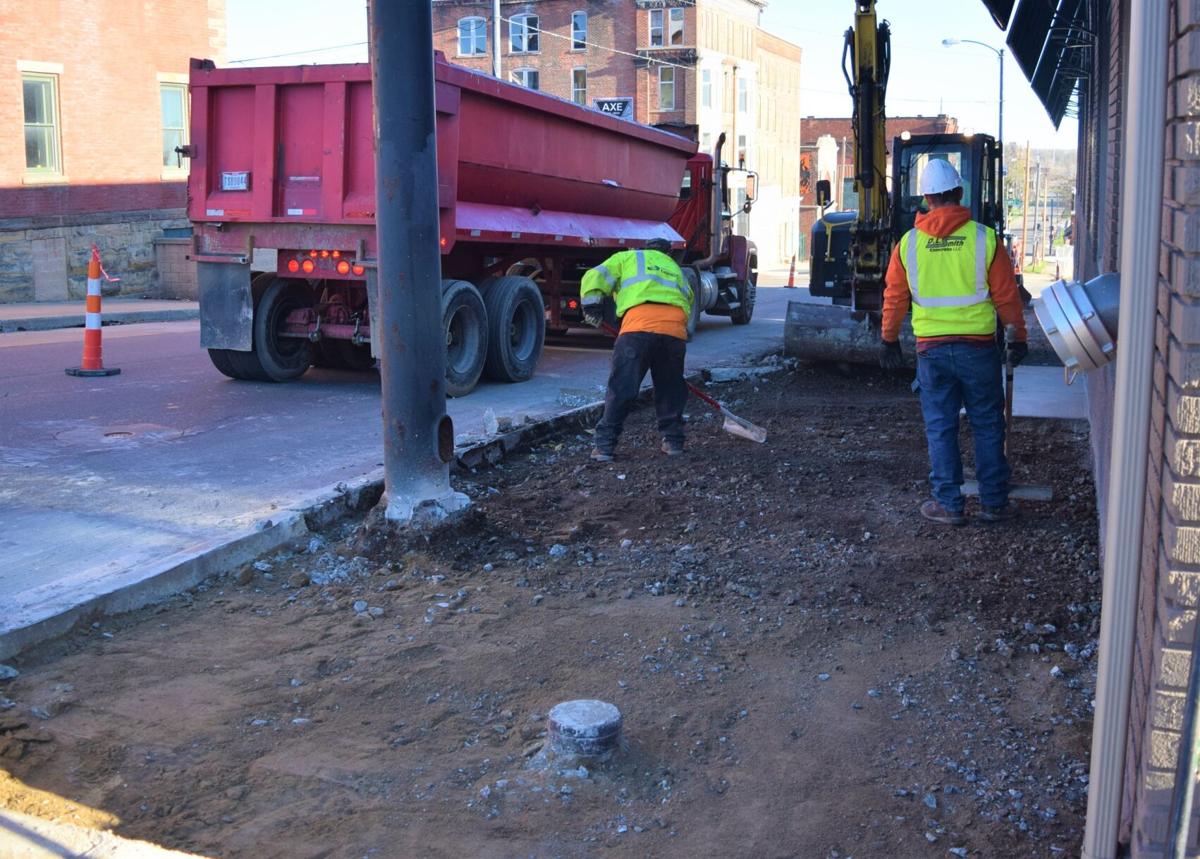 Workers remove a section of concrete Tuesday morning near the intersection of Fourth and Diamond streets in downtown Mansfield. 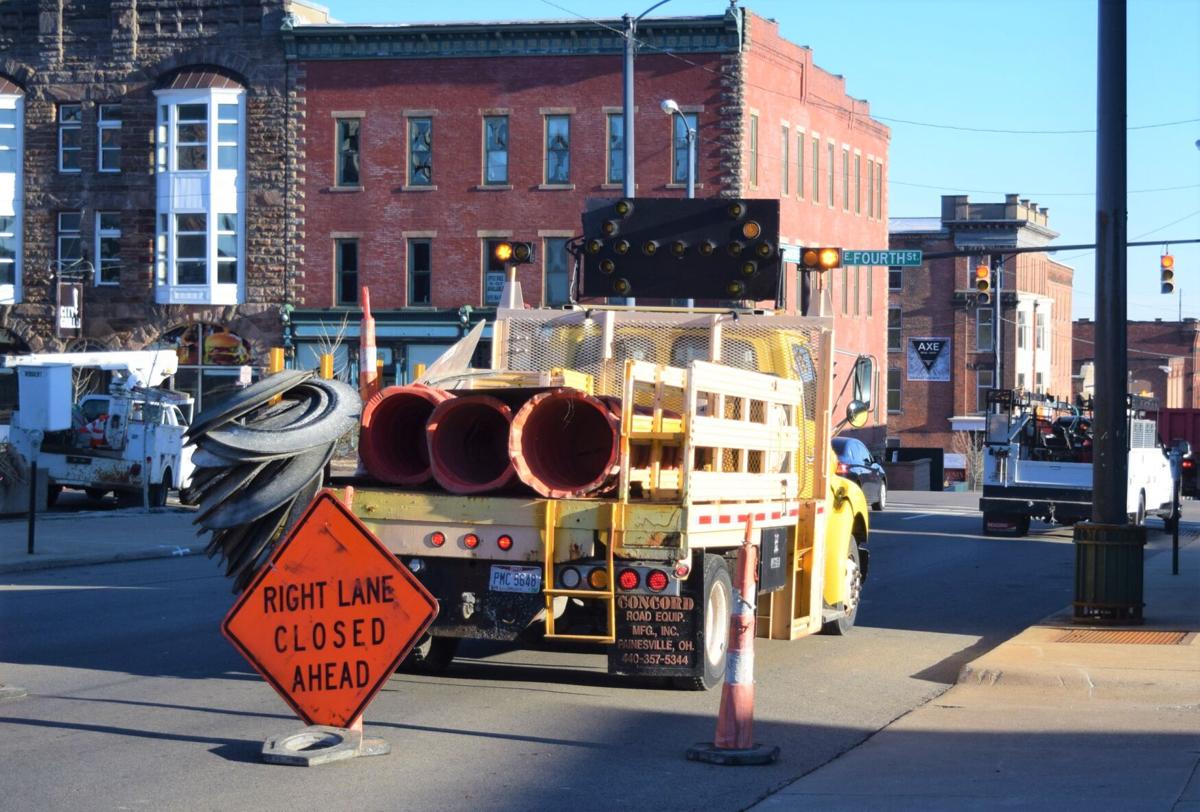 The conversion of Diamond Street in downtown Mansfield to two-way traffic could be complete by the end of next week. (Richland Source file photo)

EDITOR'S NOTE: This story was written in response to reader-submitted query through Open Source, a platform where readers can ask Richland Source’s newsroom to investigate a question.

MANSFIELD -- Work leading to the conversion of Diamond Street to two-lane traffic through downtown Mansfield is underway, resulting in potential temporary lane closures.

Work to remove and replace concrete sidewalks along the road from First Street to Fifth Street began Monday, according to city engineer Bob Bianchi.

The engineer said the street department will be working on wiring signals, signal poles and mast arms.

He said minor utility work will be completed and a staircase constructed at the corner of Third and Diamond streets to access the municipal parking garage.

The final step will be restriping the road for two-way traffic, which will come at the end of May, according to Bianchi.

While introducing the plan in February 2020, before the COVID-19 pandemic began, Bianchi said a primary goal of the conversion is to improve "to" traffic while not affecting "thru" traffic is a primary goal of converting Diamond Street to two-way traffic in the downtown.

Bianchi said the goals are improved access for occasional downtown visitors and friendlier traffic patterns, while also considering "thru" traffic movement along Diamond from First Street on the south, to Main Street on the north.

"For you and me, the people who have been in the downtown and understand the downtown network, we don't think anything about it. For the occasional visitors, they have to think about our one-way street networks. It takes some consideration.

"We want those occasional visitors to become frequent visitors," Bianchi said at the time. "How do we increase the ability of people to get to their destinations downtown?"

Mansfield City Council approved the work in November with an estimated cost of $552,000.

No general fund money is being used on the conversion. Funding sources are the permissive sales tax, the street fund, the road resurfacing fund and the Downtown Improvement Fund, which began when council approved a $5 increase in motor vehicle registration fees in May of 2018.

Diamond Street's conversion is yet another part of the Mansfield Rising downtown reinvestment plan. One part of the plan suggested the city adopt and implement a "complete streets" policy downtown, designing traditional streets to enable cars to move quickly and efficiently.

Mulberry Street through the downtown was converted in a similar fashion in 2019.

A public meeting to discuss the Diamond Street project was held on Feb. 11, 2020, including a lengthy question-and-answer session. The public's input resulted in several changes to the plan, which was temporarily shelved due to the pandemic.