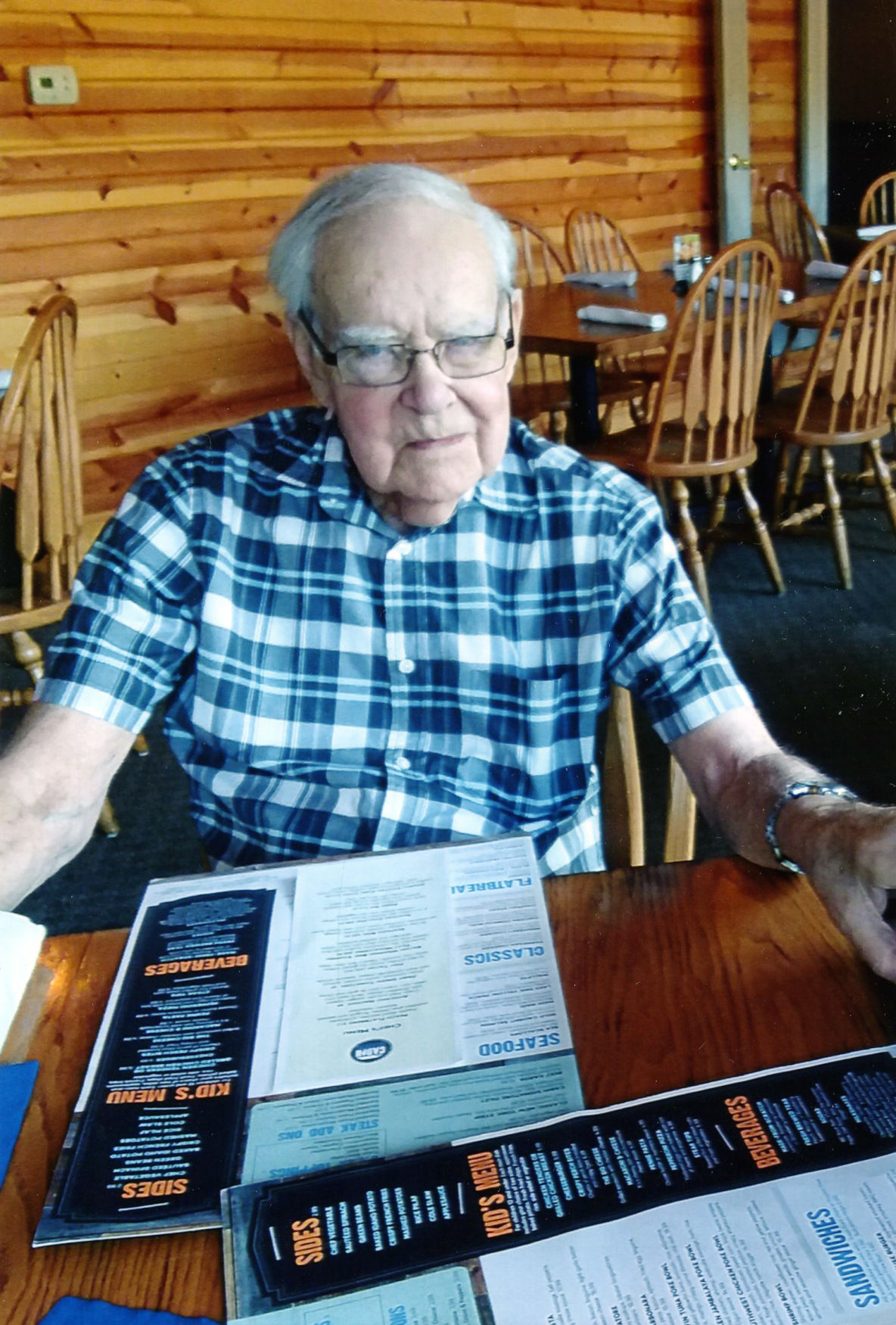 William Bradley "Buck" Harrison, 93, of Ontario, passed away Monday, October 14, 2019, at his home. He was born November 23, 1925, in Pittsburgh, Pennsylvania, to the late William and Freda (vonArx) Harrison.

He graduated from Norwin High School and entered the U.S. Navy. He served in the Armed Guard and was a signal man on a Liberty ship that arrived at Normandy, France, on DDay during WWII. Proud of his service to his country, Buck had an article published in Sea Classics Magazine chronicling his time in the Navy.

Buck moved to Ohio in 1959, but remained a lifelong Pittsburgh Steelers fan. On November 2, 1946, he devoted his life to his bride, Nellie Clough, and they had a blessed marriage. He was a 3rd generation pattern maker, retiring from General Motors as a Supervisor after 31 years of service. Buck was a smart, honorable, sharp witted gentleman, and will be deeply missed. He was a member of St. Matthew's Episcopal Church in Ashland.

In addition to his parents, he was preceded in death by a daughter, Joyce Schuttera; sister, June Koch; and sister-in-law, Dodi Volpe.

A private memorial service will be held at a later date. The Ontario Home of Wappner Funeral Directors is honored to serve the family.

To plant a tree in memory of William Harrison as a living tribute, please visit Tribute Store.