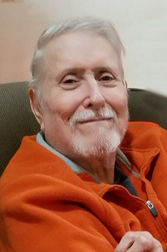 Kelvin M. Riggleman, 86, of Mansfield, passed away at OhioHealth Mansfield Hospital Hospice Care on Tuesday, July 16, 2019. Kelvin was born on April 16, 1933 in Mansfield, Ohio. He was the son of George and Evelyn (Hyman) Riggleman.

Kelvin was a graduate of Mansfield Senior High School with the class of 1951. He was a Mansfield Police Department Lieutenant, and retired as an administrator of the Richland County Sheriff Department. Kelvin was a proud veteran serving in the United States Army. He was a determined man who always had a "one liner" joke to share and to spread laughter where ever he went. Kelvin was a devoted father, grandfather and loyal friend.

He found pleasure spending time with his family. Kelvin was a member of the Cook Road Baptist Church, the past president of the Fraternal Order of Police, and a Past Grand Master with the Venus Lodge #152 Free and Accepted Masons.

Family and friends may visit at the Ontario Home of Wappner Funeral Directors, 100 S. Lexington Springmill Road, from 12:30-2:30 pm on Monday, July 22, 2019. Masonic services will be held at 2:15 pm and the F.O.P Services will follow. Rev. Melvin Hobson will officiate the funeral service at 2:30 pm.

To plant a tree in memory of Kelvin Riggleman as a living tribute, please visit Tribute Store.