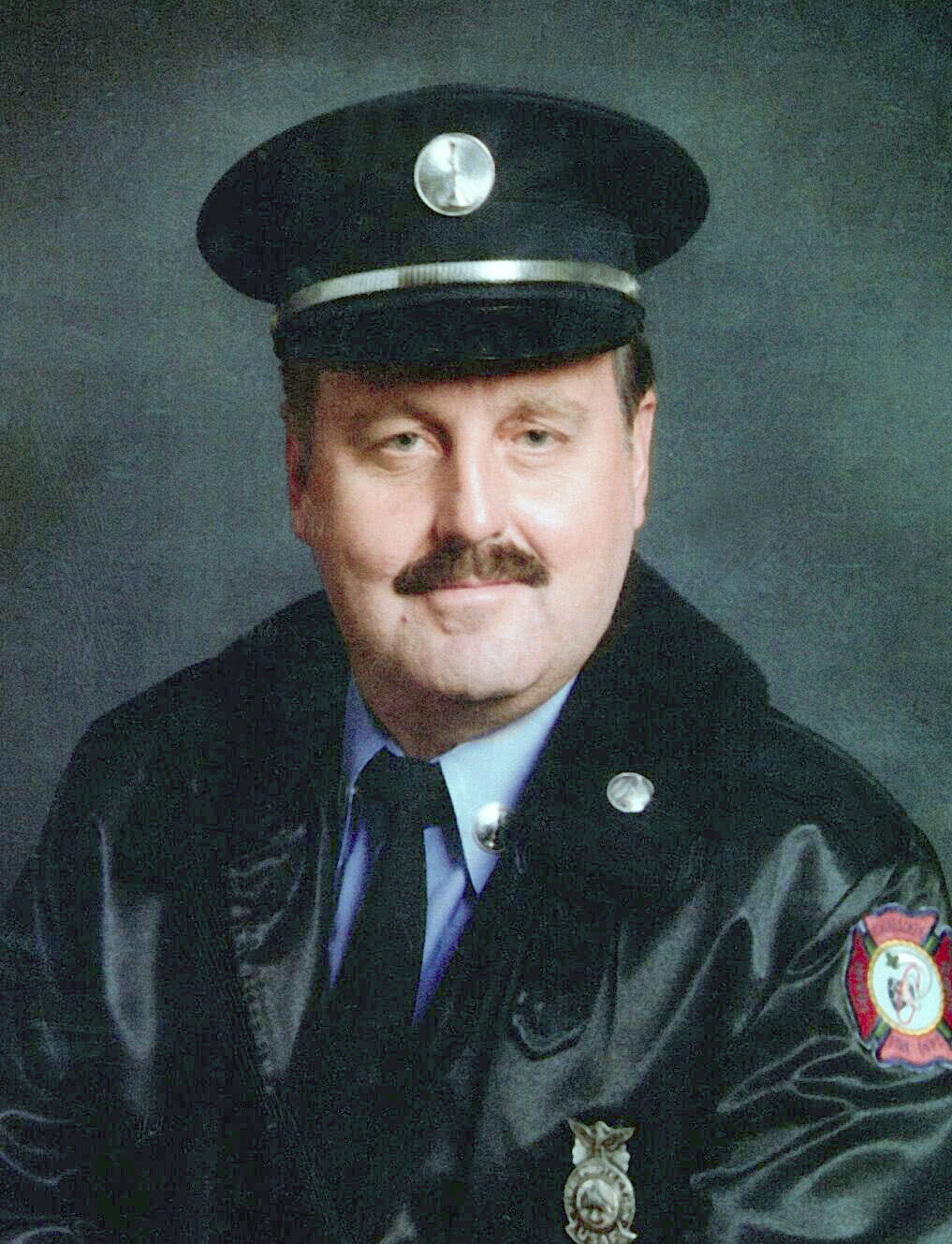 He graduated from Lucas High School in 1957 and attended Defiance University. He was a veteran of the U.S. Navy with over 20 years of service, 16 years as a Reservist.

Affectionately known as "George the Fireman", he was the fire chief at Rickenbacker National Air Guard Base for 30 years. A sports fanatic, he diligently supported the Browns, Buckeyes, Indians, Cavaliers and Ashland University Eagles. George was very friendly and never met a stranger.

He was a member of the Ashland Masonic Lodge #151 F & AM., Al Koran Shrine, Baku Grotto, American Legion, Eagles, Amvets, V.F.W., Moose, Shamrock Club, Emerald Society, and the Association of Naval Aviation and Fleet Reserve. George volunteered at Ohio Buckeye Boys State, Red Cross Disaster Relief Group, and was a member of Naval Power Squadron. He was a member of First Presbyterian Church in Ashland where he was a deacon and usher. He also served as a church food pantry volunteer, member of ACCESS Program and Stephen Ministries.

The family requests those attending his visitation and service wear attire of their favorite Ohio Sports Team. Friends and family may visit from 3:00-7:00 p.m. Tuesday, January 21, 2020, at the Diamond St., Home of Wappner Funeral Directors, 98 S. Diamond St., Mansfield. A Masonic service will be presented at 6:45 p.m.

The funeral service conducted by Dr. Jody Watson will be held in the funeral home on Wednesday at 10:30 a.m. He will be laid to rest in Mt. Zion Cemetery with military honors presented by the Ashland County Veterans Honor Guard. If so desired, memorial contributions may be made to the Lucas High School Athletic Department.

To plant a tree in memory of George Holmes as a living tribute, please visit Tribute Store.