Pence spoke about the importance of voting for Republicans and he was surrounded by them. Mike DeWine, running for governor, Troy Balderson, seeking a first full term as a District 12 congressman, and Jim Renacci, running for Senator, all took turns at the podium. 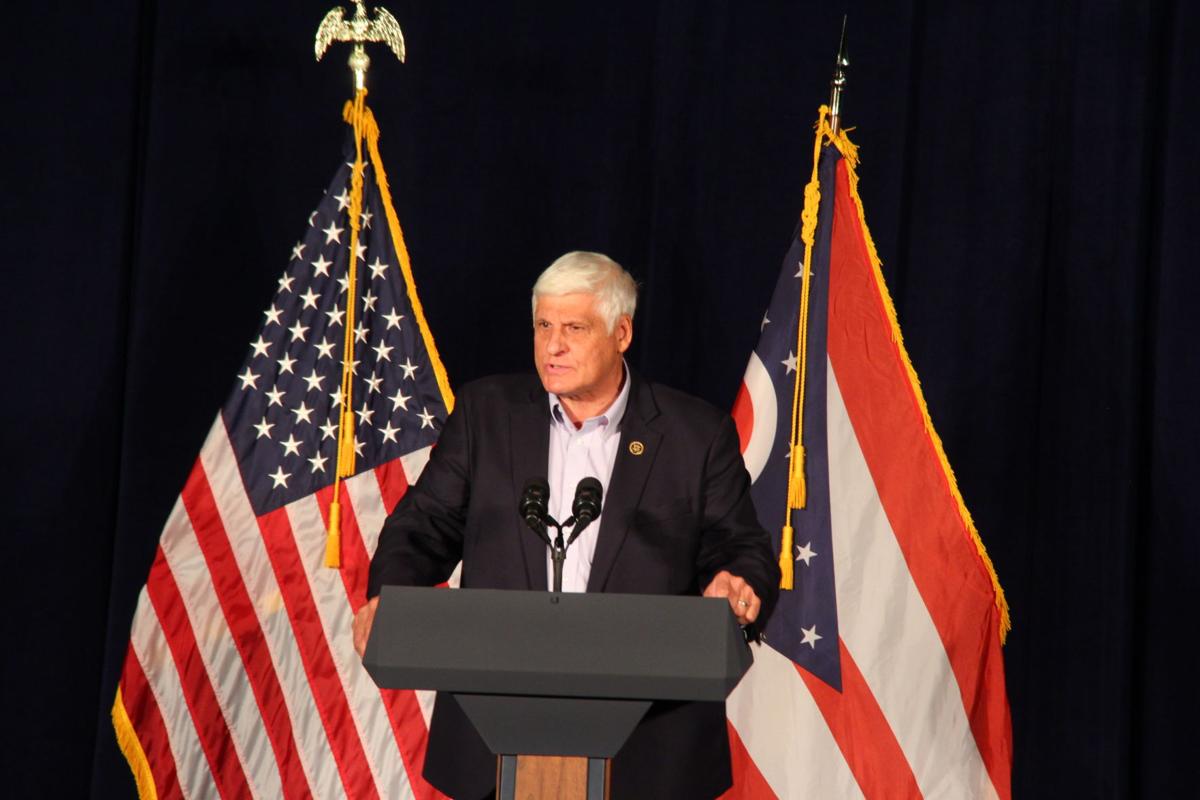 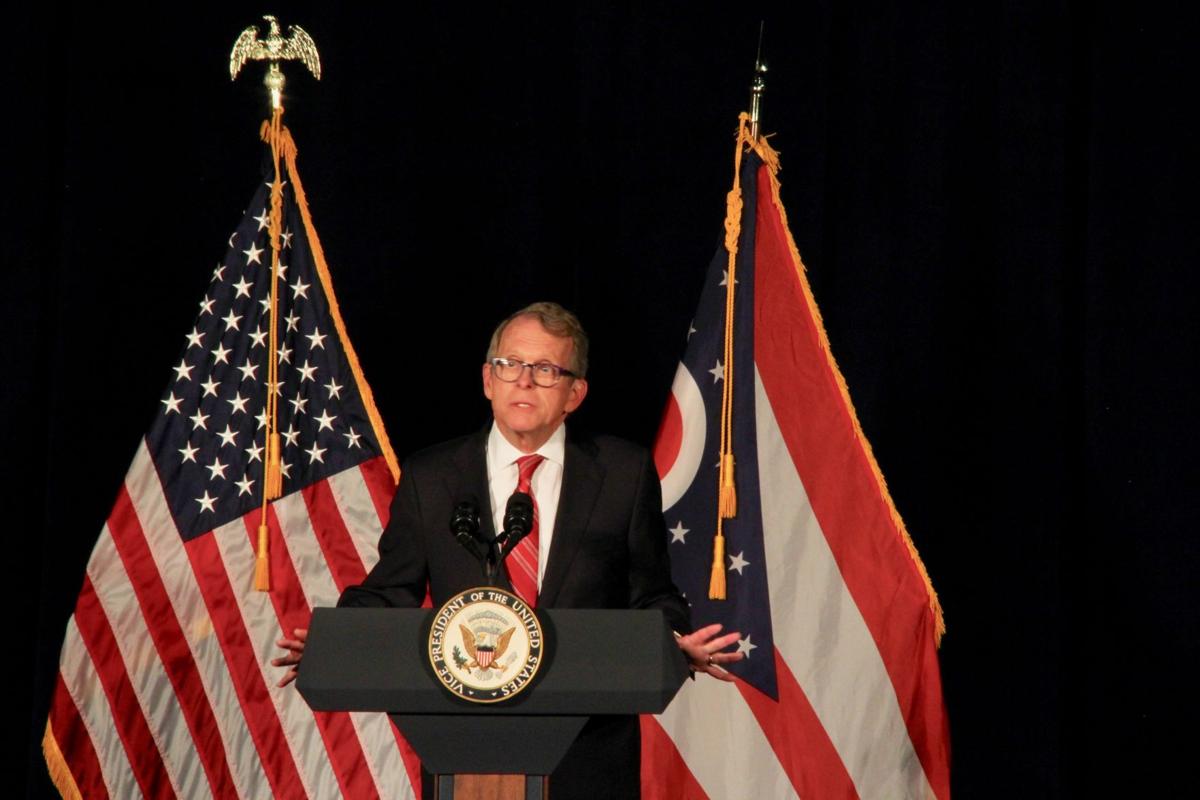 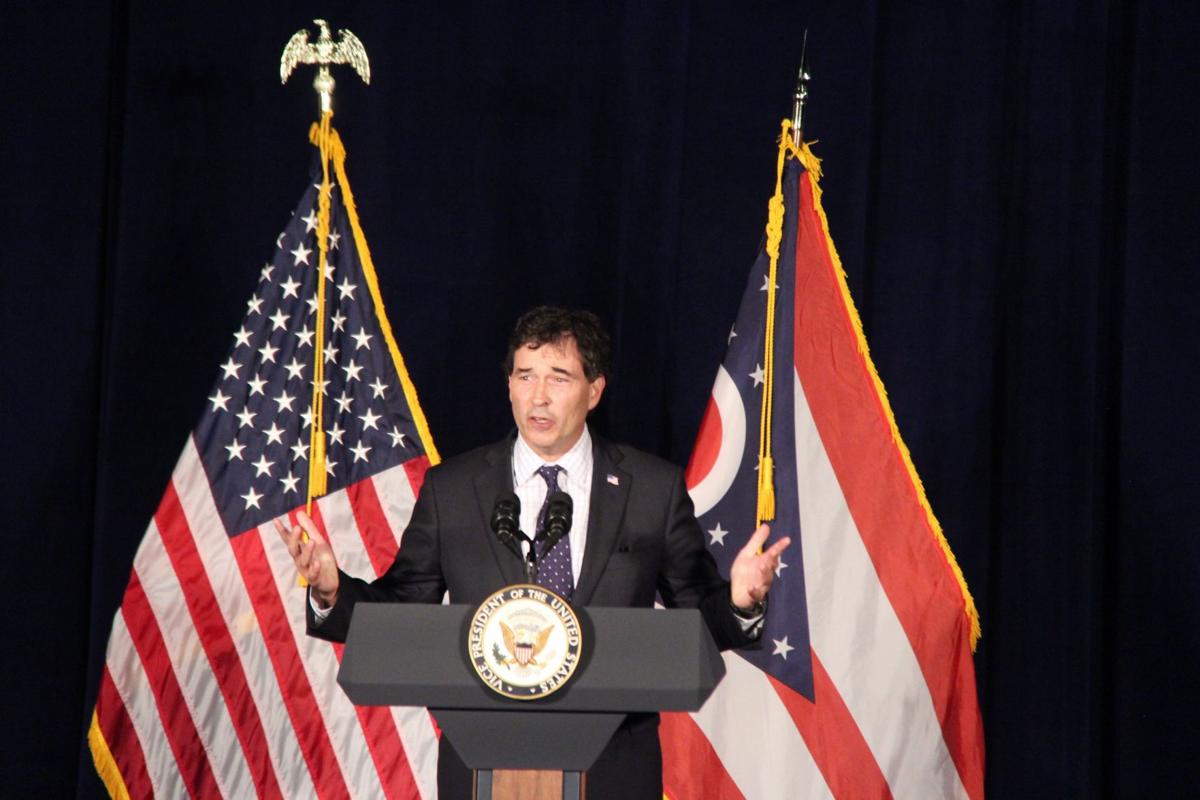 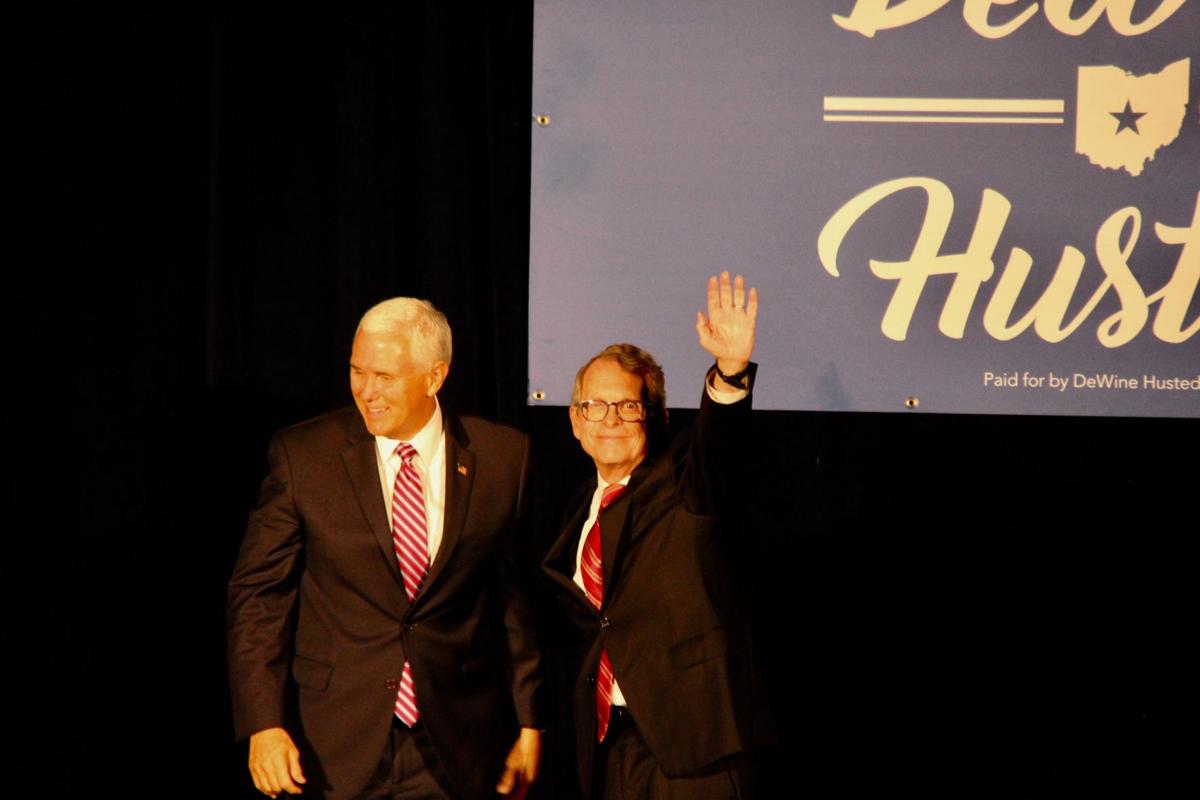 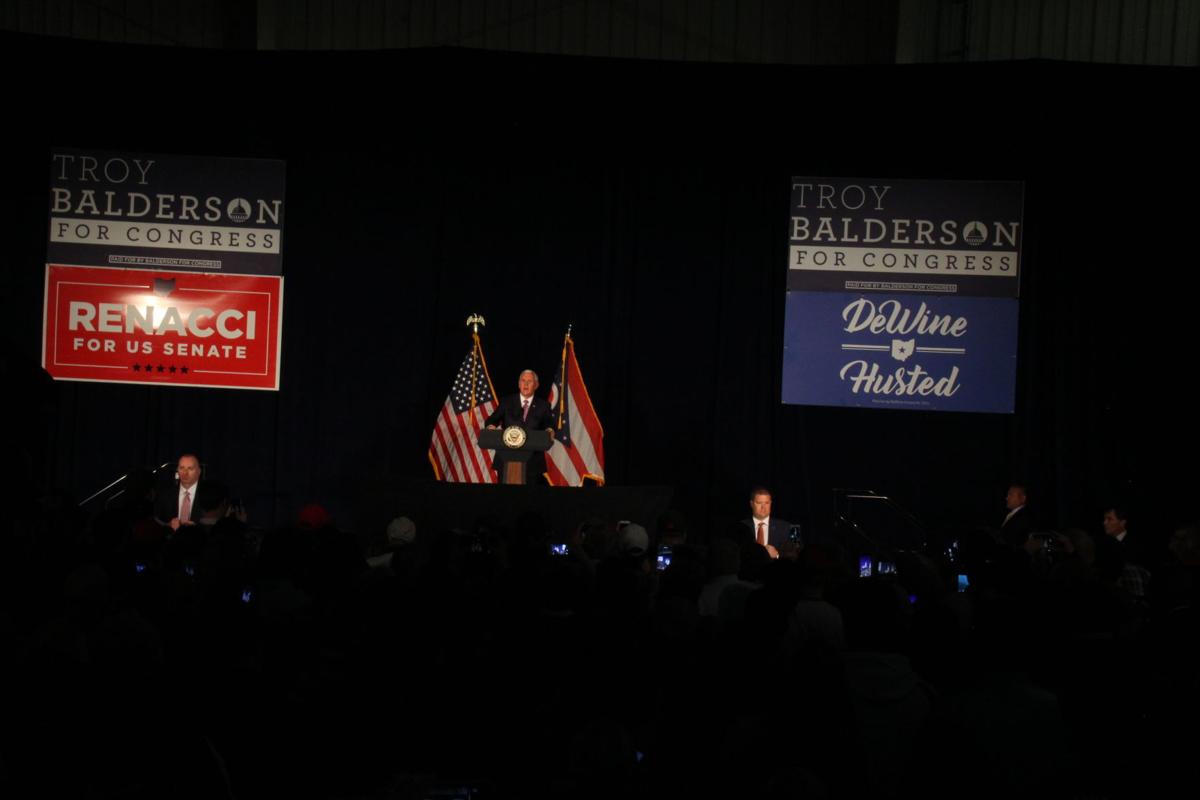 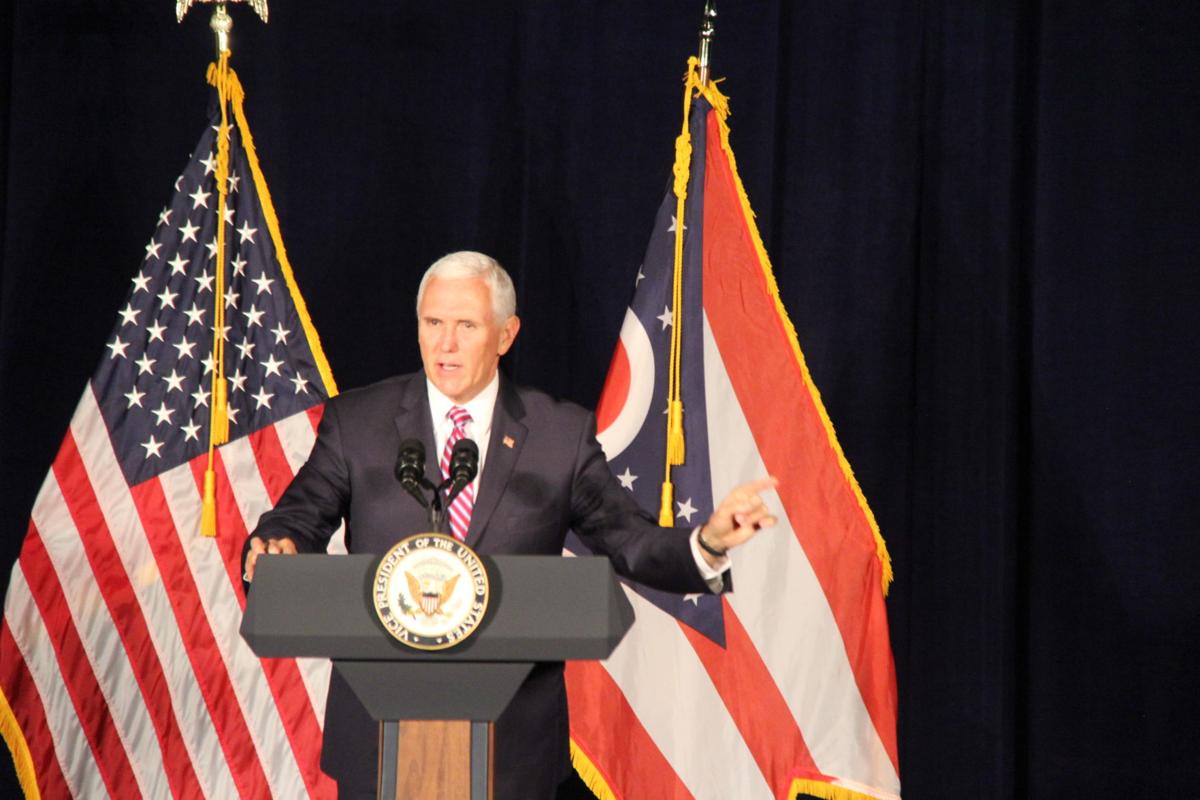 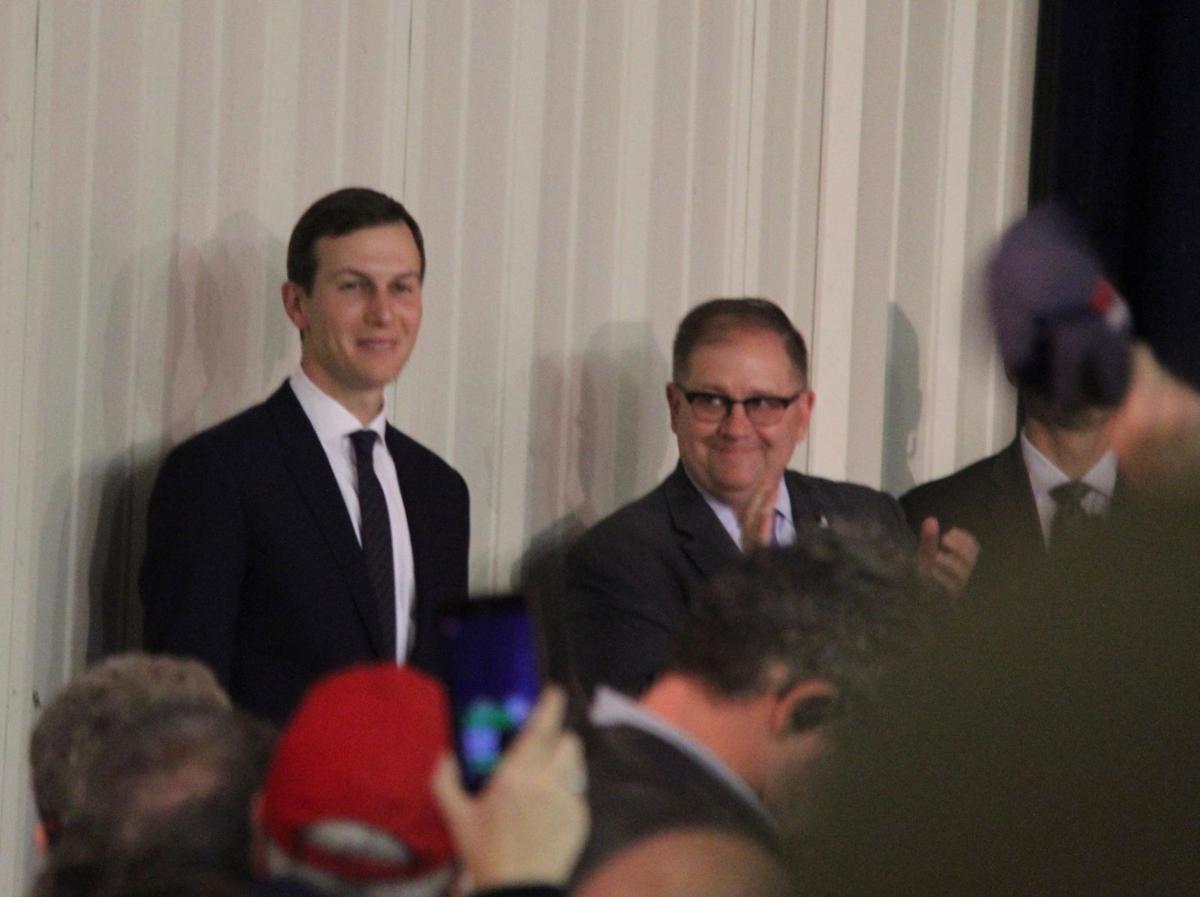 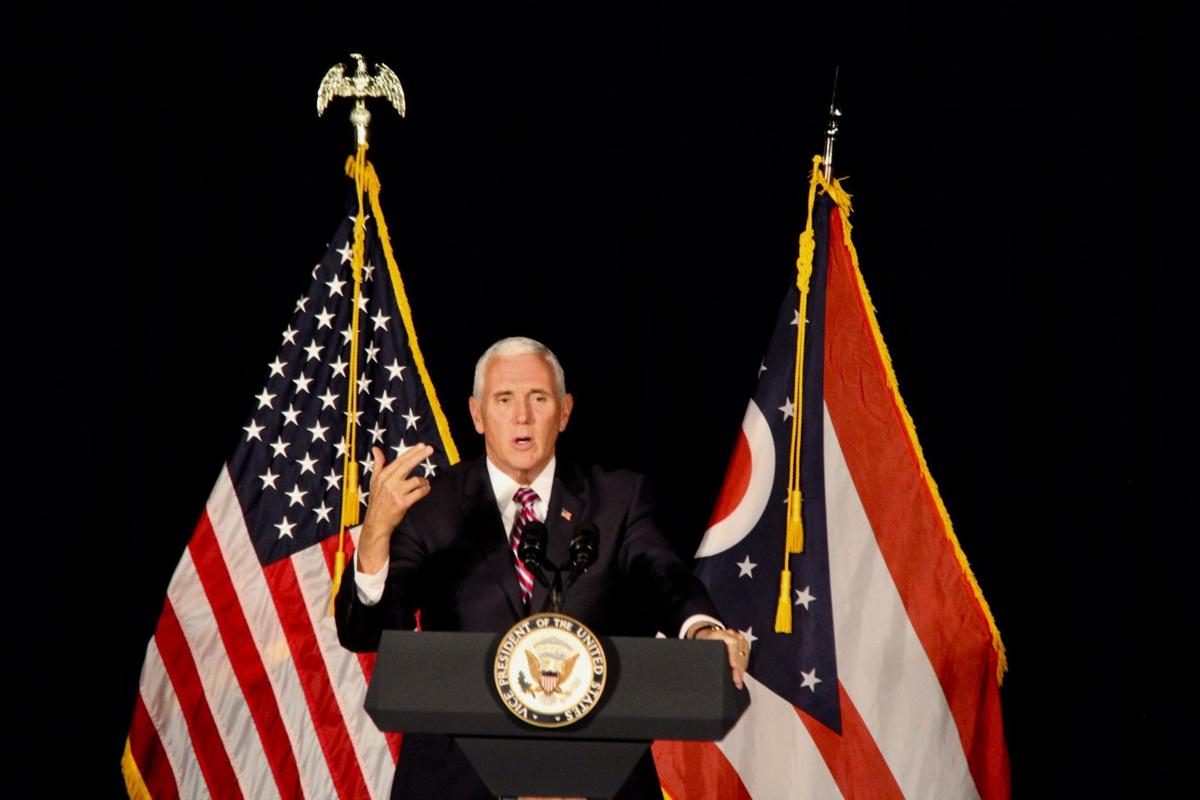 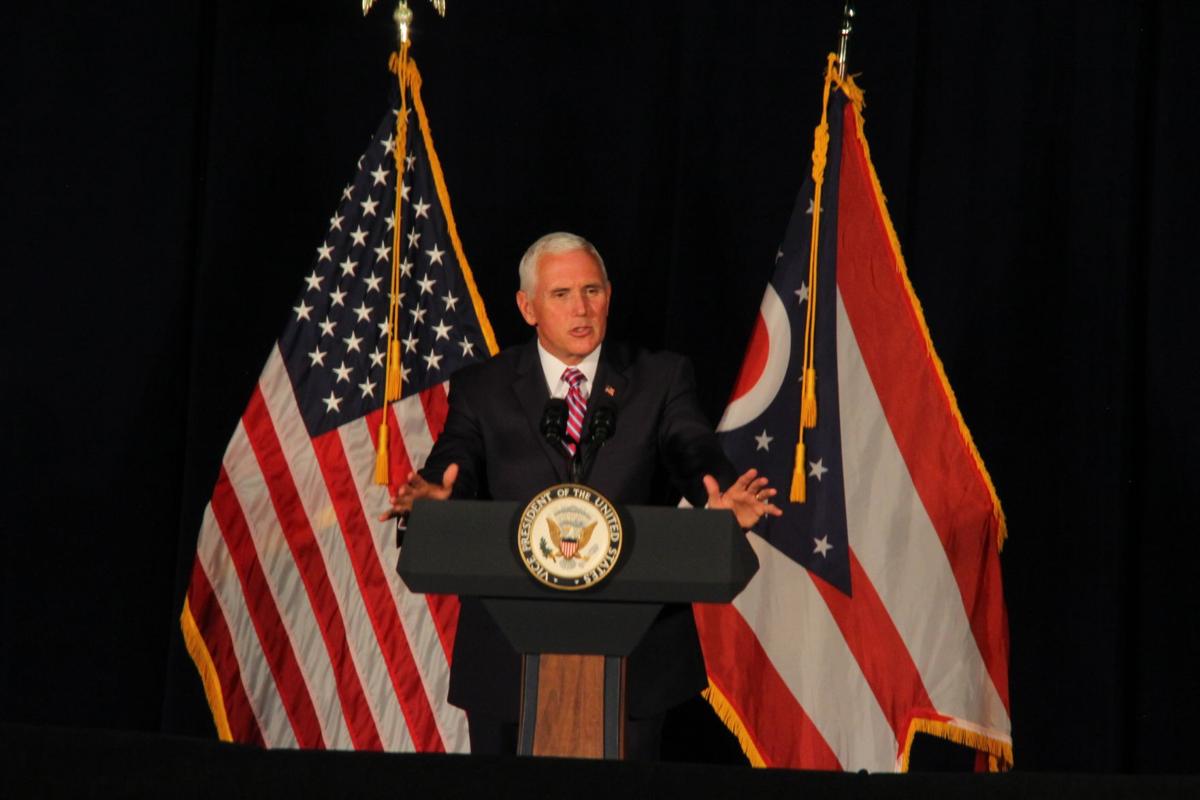 Pence spoke about each candidate, and made it clear the upcoming election is an important one for the Republican Party.

"We're here to get behind these candidates," Pence said. "Because they're proven conservatives and they're ready to lead and to keep leading Ohio. Truth of the matter is this election comes down to a choice.

"Mike DeWine isn't the only candidate who has served in public office in this race for governor. He has a record of results. His opponent, (Richard Cordray) has a record of bureaucracy and failure."

The crowd booed each time the Vice President spoke of a Democrat.

"The truth of the matter is, (electing Cordray) is part of the Democrats' plan to make Nancy Pelosi Speaker of the House again. This election will decide if we have a Republican speaker or if she gets the gavel again."

Richland County Commissioner Marilyn John said being able to host the second most powerful man in the country was an honor.

"We are very thrilled to have him here and support the local and the state candidates," John said. "To be honest, I keep close tabs on what's happening at the board of elections, and we are seeing high turnout.

"So we need to be making sure you and your family are getting out and voting. It's how we speak in this country -- through our vote."

Aside from urging the crowd to vote, Pence spoke for about 20 minutes about the work the White House has been involved in over the past two years.

He mentioned jobs, noting unemployment is the lowest it's been in 50 years, the two Supreme Court justices President Donald Trump chose to sit on the bench, illegal immigration, building a wall, foreign relations with China and North Korea as well as security.

Julia Ferrell, of Mansfield, said she agreed with every word of Pence's speech.

"I'm for everything that he said," she noted with a smile on her face. "All these immigrants coming -- nuh uh -- block it. Legally, yes, but not if they are coming across the border.

"More jobs -- I think our country is blooming. I responded positive to what he was saying. We need these people to help boost the United States and make America what it was long, long ago."

Both John and Ferrell noted the historical value of Pence's visit.

John said it's not surprising the vice president came to Mansfield.

"As a commissioner I can tell you, the Trump administration has been reaching out to governments for the past two years. It's not surprising to me they are involved in local politics."

Balderson, Dewine, and Renacci got brief time to speak to the crowd before Pence.

Each candidate mentioned how lucky the nation is to have Trump as president and thanked Pence for his support.

With a 53.57 percent turnout, Richland County Board of Elections Director Paulette Hankins said this election was the highest turnout rate for a gubernatorial election since 2010.