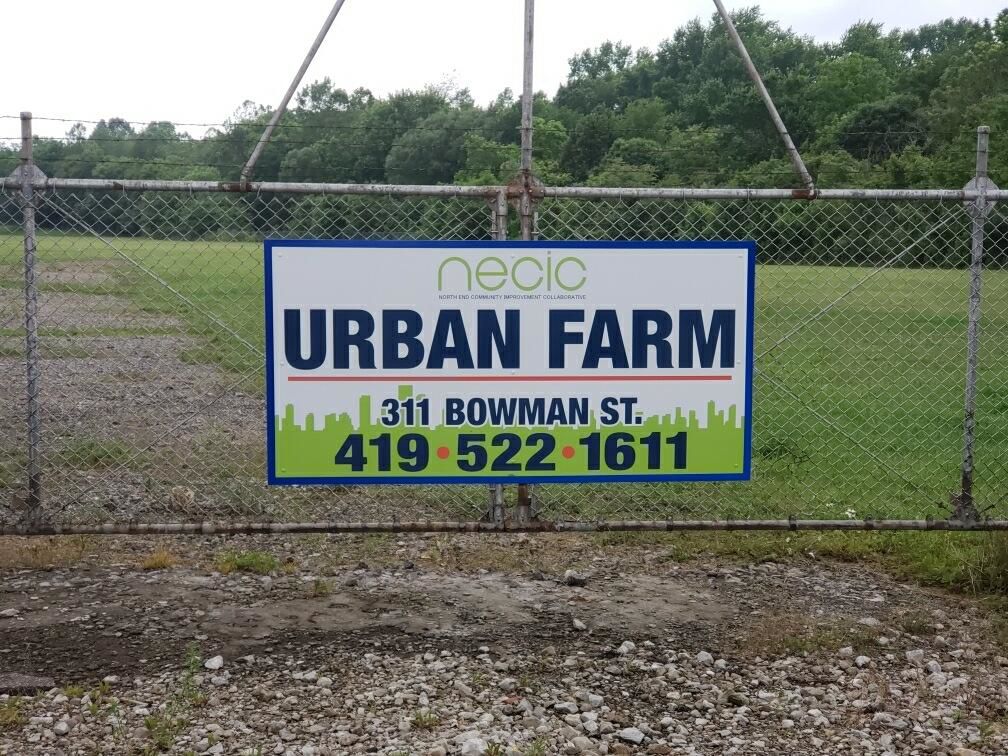 The North End Community Improvement Collaborative is planning an urban farm on property made available along Bowman Street by The Gorman-Rupp Company. 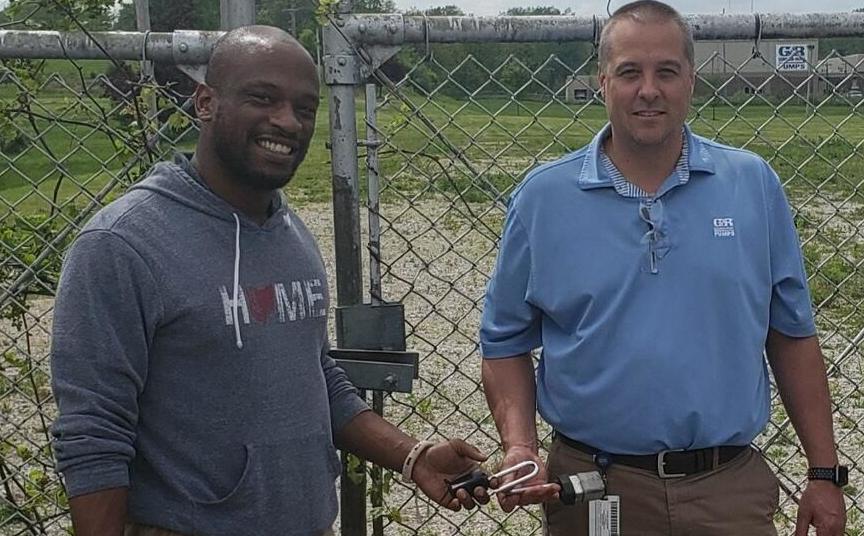 NECIC community garden organizer Walt Bonham is joined by Brad Cyrus from The Gorman-Rupp Company outside what will soon be a new urban farm on Mansfield's north side.

MANSFIELD -- To many, the phrase urban farm may seem like an oxymoron -- farms most typically dot the rural landscape, far removed from the concrete and asphalt of the city.

However, residents of Mansfield’s North End will soon see their community beautified — and invigorated — by the creation of an urban farm, in perhaps one of the city’s most surprising and unlikely locations.

The USDA defines a fresh food desert as “a low-income census tract where a substantial number or share of residents has low access to a supermarket or large grocery store.”

In the process of creating the Community Economic Development Plan, North End residents were surveyed and asked a series of questions related to how best to improve the quality of life in the community.

When asked about what businesses were most needed, the residents’ most common response was “a grocery store.”

A recurring theme in the survey was that locally owned and operated businesses are what the community needs the most — preferably businesses that would create jobs, centrally located and within walking distance by the majority of North End residents.

Deanna West-Torrence, NECIC’s founder and executive director, was driving past that lot one afternoon when inspiration struck.

Having coordinated the creation of nearly 30 “community gardens” across the county, she had recently been working with The Ohio State University at Mansfield on the idea of an urban farm, a resource she believed would solve so many issues identified in the Community Economic Development Plan—issues like the food desert, land reclamation, and job creation.

The lot seemed like a prime location for the urban farm, to West-Torrence, whose immediate thought was,“I’m gonna see if we can get this.”

The Foundation for Food and Agriculture Research (FFAR) awarded a matching grant to The Ohio State University at Mansfield to launch a $2 million urban sustainable food system project that will increase access to fruits, vegetables and other specialty crops while supporting the local economy.

The match was made possible in large part through partnerships with the North End Community Improvement Collaborative, Mind and Body Align and Braintree Business Solutions, as well as the generous support of the Fran and Warren Rupp Donor Advised Fund of the Richland County Foundation.

The FFAR funding is also matched in part by donations from the new Sustainability Institute at Ohio State, as well as in-kind support from researchers in Ohio State’s College of Food, Agricultural and Environmental Sciences, Fisher College of Business, Knowlton School of Architecture, Department of History, Kirwan Institute for the Study of Race and Ethnicity and College of Social Work.

“We’re trying to build opportunity with our system, and key to that is a core urban farm that produces s for a profit, trains new urban farmers, provides community gardening space, and introduces everyone to the benefits of fresh healthy food.

The “target area” of Sixth and Bowman seemed ideal. There was, however, one last piece to the puzzle — encouraging The Gorman-Rupp Company to allow the unused portion of its property to be re-purposed into an urban farm.

Founded by J.C. Gorman and Herb Rupp on a downtown Mansfield street corner in 1933, the Gorman-Rupp Company has maintained strong ties to the city for more than 80 years.

Continuous growth and profitability made expansion necessary, and in 2011, the company moved most of its manufacturing facility out of the landlocked North End location into a more spacious facility in the airport industrial park.

Although some of the company’s manufacturing facility remains on the Sixth and Bowman lot, there were still untapped potential to utilize the entire lot again.

West-Torrence worked to bring about a meeting of the key parties involved — NECIC, Ohio State Mansfield, and The Gorman-Rupp Company.

At the first meeting, Gorman-Rupp Company President, and Chief Executive Officer Jeff Gorman bought into the urban farm idea immediately, generously agreeing to lease the property to NECIC for a mere $1 per year.

He also commented that The Gorman-Rupp Company has long been associated with innovative agricultural projects, including some as far back as the 1930s with Louis Bromfield at Malabar Farm.

As the urban farm project began to gain momentum, enthusiasm from all participants started to build, everyone feeling like they were on the verge of something special.

Cindy Wood from OSU-Mansfield said, “It really was a perfect win-win of industry, neighborhood development, and community dialogue, alongside the resources of a research institution like The Ohio State Mansfield that made this happen.”

"The Gorman-Rupp Company is very pleased to partner with The Ohio State Mansfield and NECIC on an innovative urban farming project that fosters productive use of the land our former manufacturing facility occupied at 6th and Bowman streets and provides a foundation for additional investment and economic development to occur on Mansfield’s North End.”

For West-Torrence, the potential the urban farm brings to the North End is energizing.

“This project does so many things for the community — it fixes blight ... it puts the land into productive reuse ... it becomes an asset to the North End again, just like The Gorman-Rupp Company manufacturing facility used to be," she said.

"To be able to see this site launch a new type of business, an agricultural business run by a new generation of urban agricultural entrepreneurs ... that’s really inspiring.”

West-Torrence is ready to assist these entrepreneurs in a myriad of ways — existing services offered by NECIC include microbusiness development classes, business planning training, microloans, and financial literacy workshops.

"We strive to support our residents in building a more resilient, healthy, and economically viable community by helping to connect internal and external resources such as those being brought by The Ohio State Mansfield and The Gorman Rupp Company in this project,” she said.