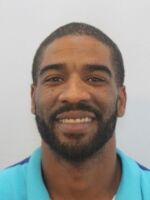 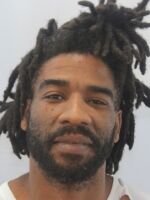 MANSFIELD -- The suspect to an early Thursday morning shooting has turned himself into police, according to a notice issued by Mansfield Police captain Shari Robertson.

"The suspect wanted in connection to this homicide, Mr. Earl Jefferson II, has turned himself in to law enforcement at 2:43 p.m. and is in custody," Robertson advised. "No further details are available at this time."

Police reported Thursday morning that a 48-year-old man was pronounced dead at the scene, while a 29-year-old female was rushed into surgery at a local hospital and her condition after both were shot at approximately 1:39 a.m. at Motel 6, 555 N. Trimble Road.

"We are asking that anyone who may have additional information regarding this crime, to please call Major Crimes Detective J. Mark Perry at 419-755-9730 or the Mansfield Division of Police at 419-755-9724," Police stated.

Neither victim has been identified as family notifications are pending. The Ohio Bureau of Investigation (BCI) has been called in to process the crime scene.

"Initial reports show that the suspect went to a room at the motel where he confronted the two victims, who he then shot," Robertson said. "The shooting is domestic related and no additional details are being released at this time as the investigation remains ongoing and active."