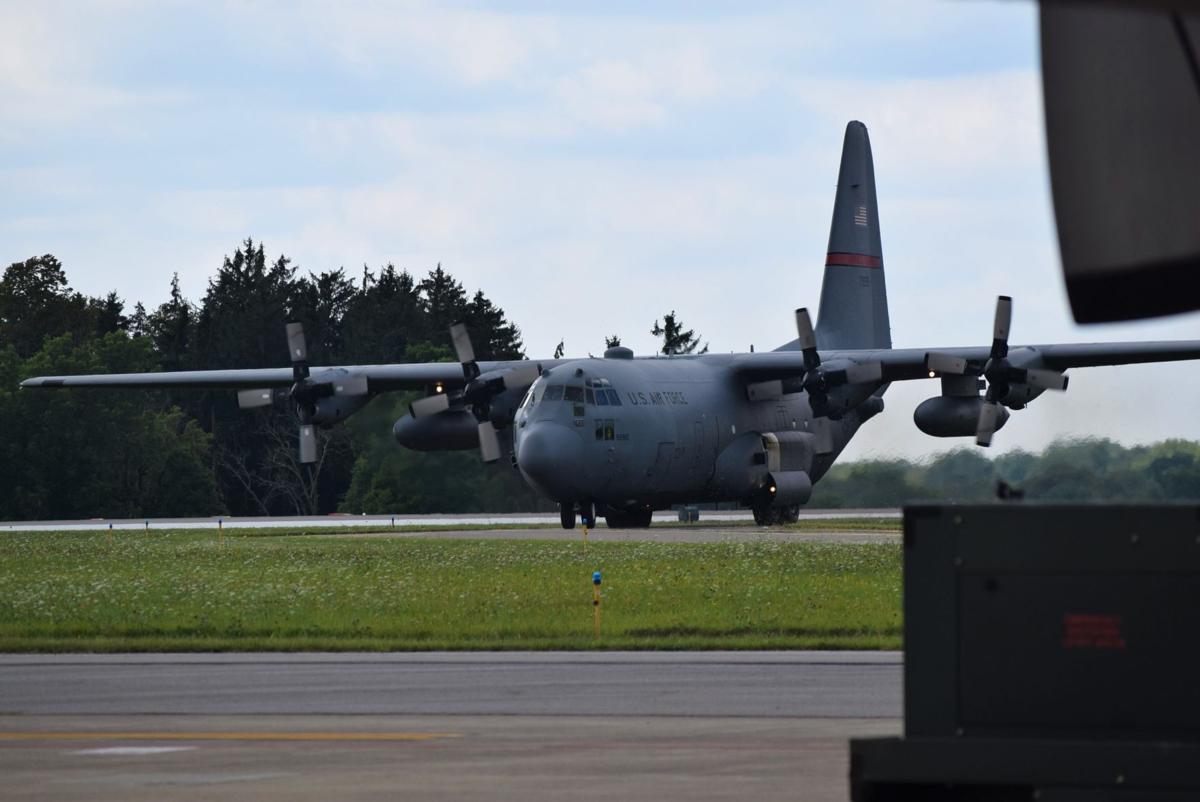 The 179th Airlift Wing of the Ohio Air National Guard has been honored for the sixth time in its history with the Air Force Outstanding Unit Award. The unit operates C-130 transport aircraft, based at Mansfield Lahm Regional Airport. (Richland Source file photo) 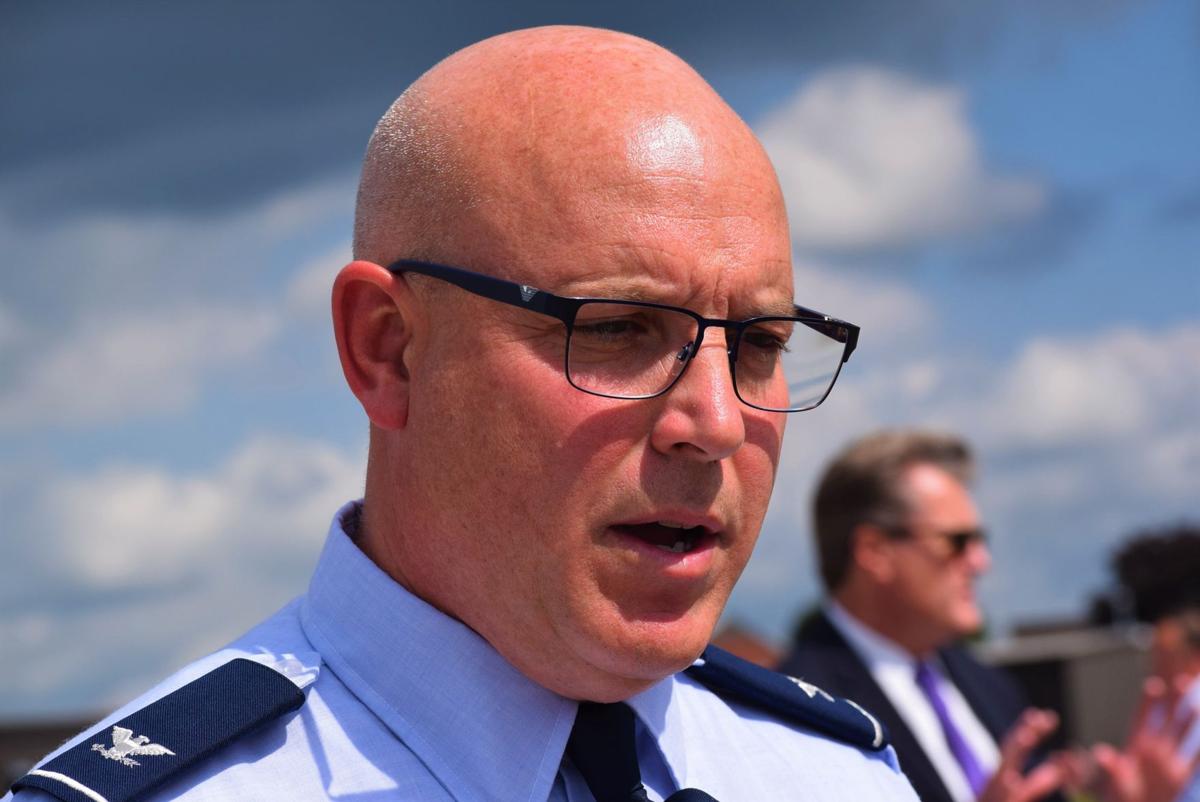 Col. Todd Thomas, new commander of the 179th Airlift Wing in Mansfield, talks to media during a visit to the base in August by U.S. Rep. Troy Balderson (R-12th) and U.S. Rep. Mike Turner (R-10th). (Richland Source file photo) 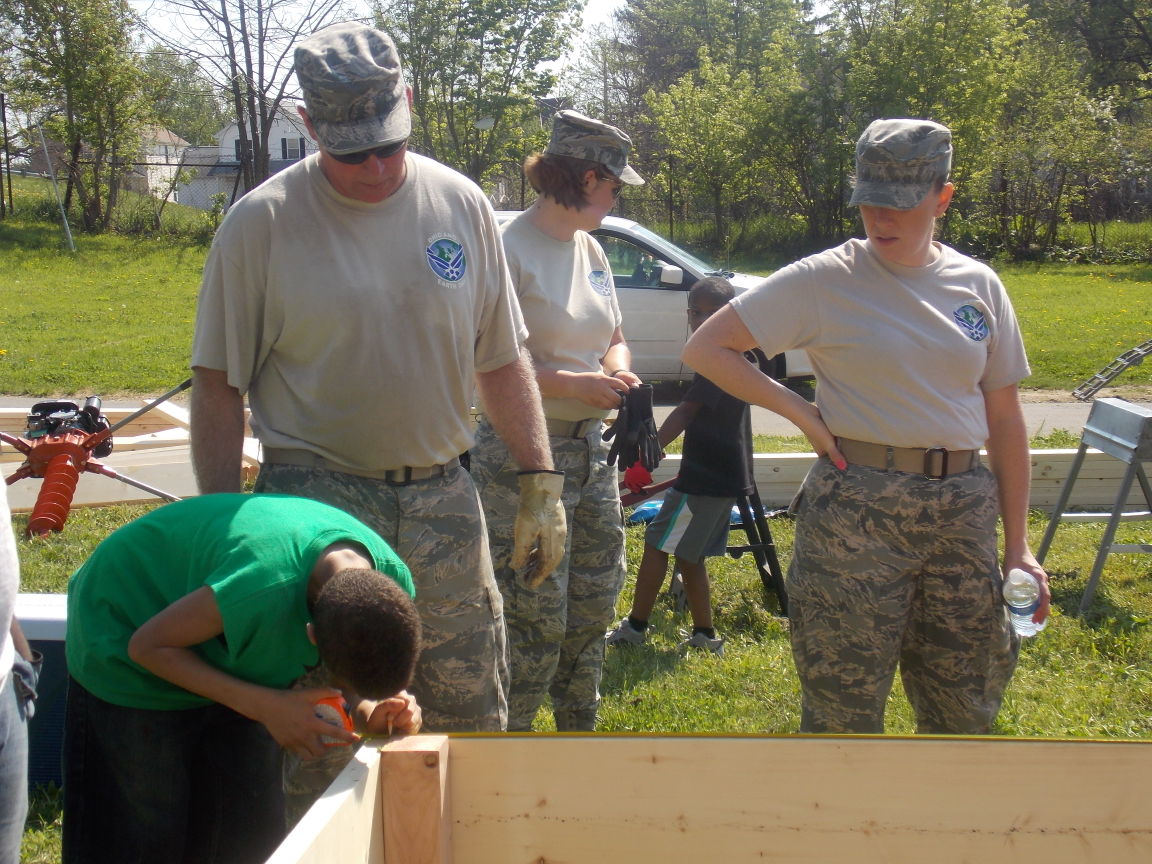 Quinn Williams measures and marks a piece of wood Thursday for a raised garden bed to be used in a community teaching garden. Ohio National Guard members from the 179th Airlift Wing and the 200th REDHORSE Squadron volunteered with NECIC for an Earth Day project. (Richland Source file photo) 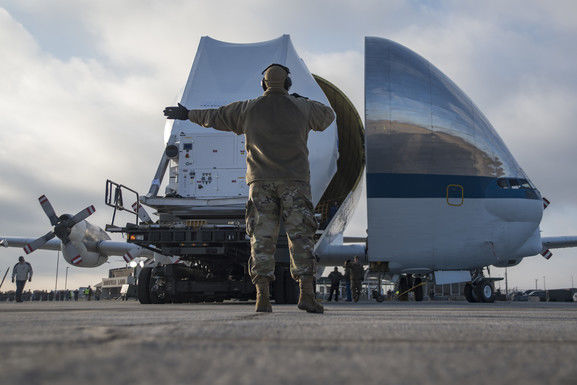 The NASA Super Guppy unloads the Orion Space Project using a 60k loader with assistance from the 179th Airlift Wing on Nov. 24. The 179th Airlift Wing assisted the NASA Super Guppy in transporting parts of the Orion Space Project to Mansfield where it was then transported by truck to the Glenn Research Center in Sandusky, (U.S. Air National Guard photo by Tech. Sgt. Joe Harwood)

MANSFIELD -- The 179th Airlift Wing of the Ohio Air National Guard has been honored for the sixth time in its history with the Air Force Outstanding Unit Award.

The award is given to units that demonstrate exceptional meritorious service, accomplish specific acts of outstanding achievement and/or excel in combat operations. The period of consideration is typically anywhere from one to two years at a time.

The 179th Airlift Wing, located in Mansfield at the Lahm Regional Airport, conducted more than 6,700 hours of flight time in support of exercises in Africa, Jordan and Hungary, using its C-130 aircraft.

“This just reaffirms the outstanding readiness focus that men and women of the 179th Airlift Wing bring to the fight,” said Col. Todd K. Thomas, the wing commander. “Our Airmen continually redefine ways to support domestic operations and the warfighter — very proud of our team!”

In addition, the 200th RED HORSE, headquartered at Camp Perry Joint Training Center near Port Clinton, with a detachment in Mansfield at Lahm, was also honored with the Air Force Outstanding Unit Award.

“The 200th RHS strives to embody their vision statement to be the premier RED HORSE Squadron. They have stepped up when called for both the home and away game,” said Col. Michael A. Hrynciw, 200th RED HORSE commander.

“This award validates that the Airmen are professionals when it comes to combat engineering and agile combat support," Hrynciw said.

In all, two Ohio Air National Guard wings and five geographically separated units were honored again with Air Force Outstanding Unit Awards. All of the Ohio units have received this award multiple times, some as many as 14.

“We are very proud of our 5,000 Airmen in the Ohio Air National Guard,” said Brig. Gen. James A. Camp, Ohio assistant adjutant general for Air. “When a unit is recognized for outstanding, it’s a great testament to their enduring commitment to the mission at home and abroad. Excellence is not just one of our core values, it’s embedded in the culture across our four wings and six geographically separated units.”

Airmen of the 220th EIS, located in Zanesville, install long-term communications in the form of voice/data networks, ground-to-air communication and navigational systems.

The 251st CEIG and 269th CBCS are both based in Springfield. The 251st CEIG focuses on providing communications and engineering installation services in support of state emergencies, emergency U.S. Air Force requirements and in joint environments. The 269th CBCS establishes initial and build-up command and control, communications and information operations capabilities. Both units have won this award 14 times.

First created in 1954, the AFOUA was initially an independent Air Force decoration handed out to Airmen, and until 2004, the most lauded unit award in the U.S. Air Force.

All active-duty Air Force, Air Force Reserve and Air National Guard units are all eligible to receive the award. Any Airman assigned to that unit during the time of consideration is able to display the ribbon on their dress blues uniform ribbon rack. Airmen who receive the award multiple times will have bronze oak leaf cluster, and/or silver oak leaf clusters displayed on the ribbon.