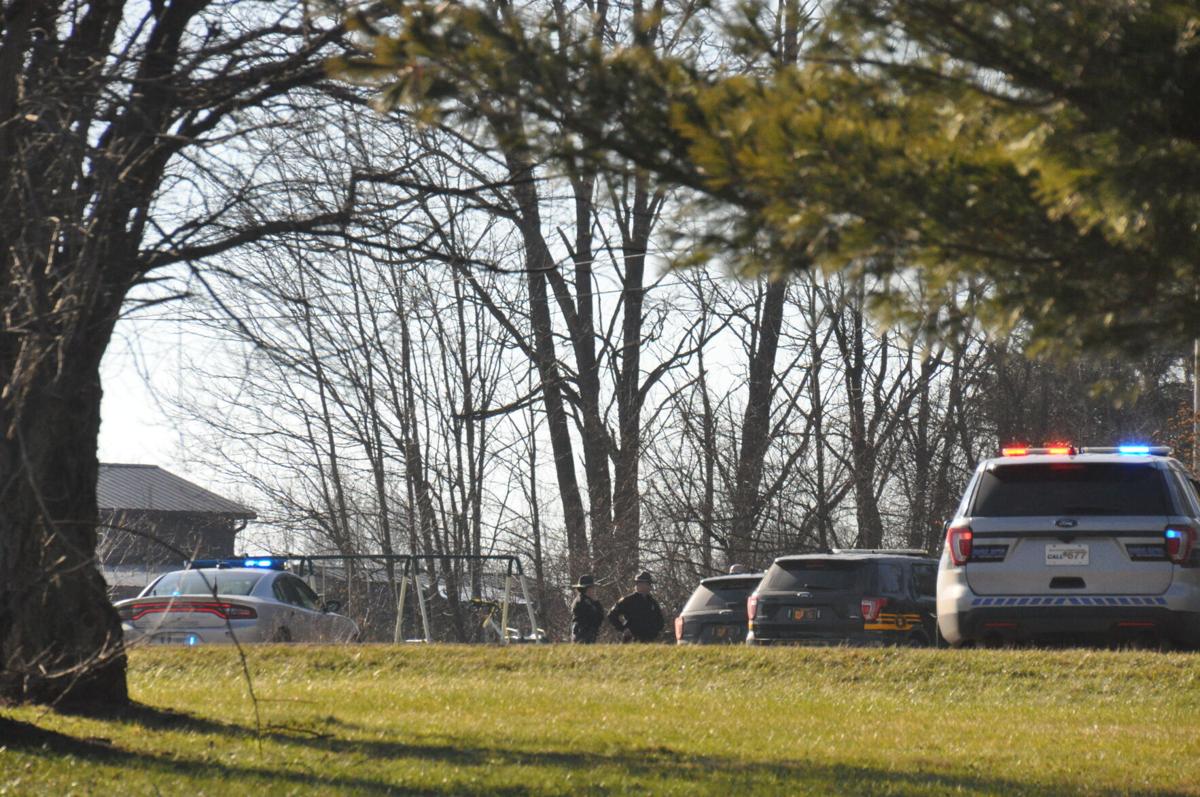 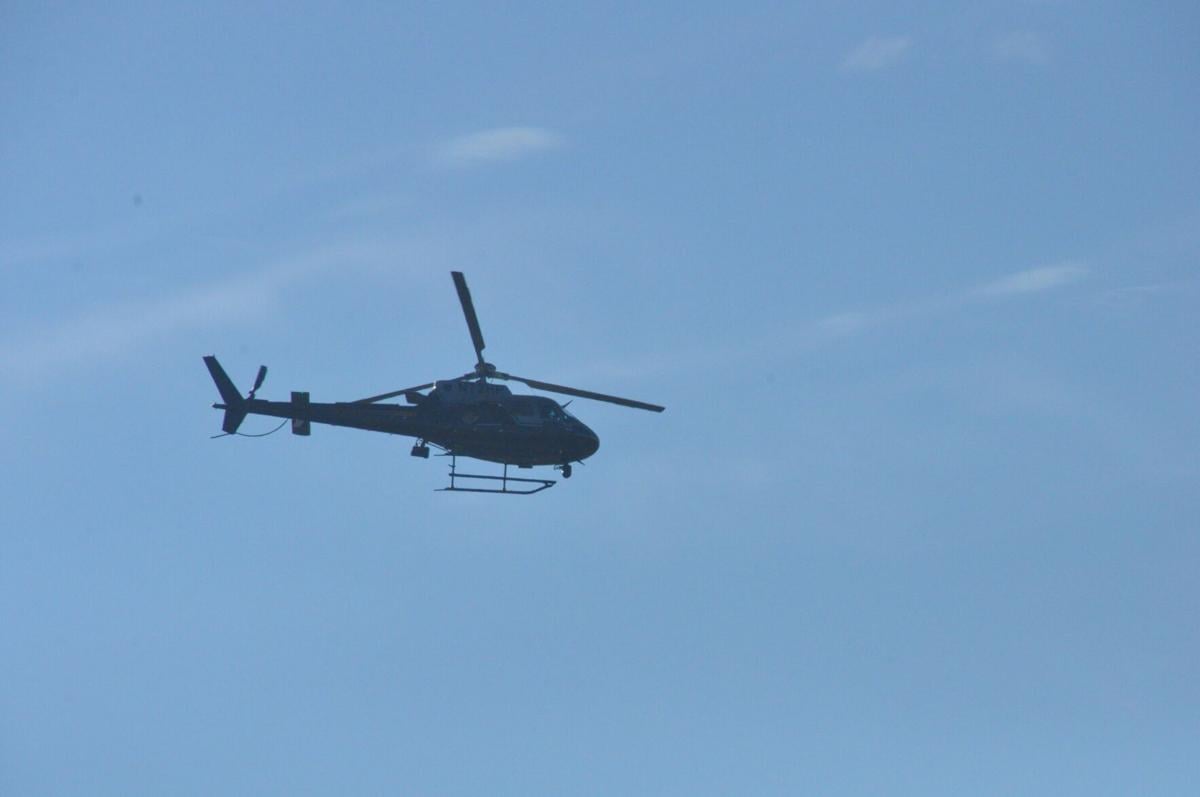 The Ohio State Highway Patrol sent a chopper Sunday afternoon to help search for a suspect who had fled local law enforcement on foot near Fredericktown.

FREDERICKTOWN — On Nov. 23, Matthew S. Adams led Mount Vernon police officers on a high-speed chase through the city's east side.

Police had attempted to stop his vehicle for an equipment violation, but Adams did not concede, ultimately initiating a pursuit that ended when he crashed his van into another vehicle and fled on foot.

Adams got away that day. Inside his van, officers and K-9 units were able to recover a loaded handgun, methamphetamine, and personal property confirming his identity. Adams, a registered sex offender, had not registered his use of the van with the Knox County Sheriff's Office as required by law.

He was indicted by a Knox County grand jury two weeks later on five charges stemming from the incident, and a warrant was issued for his arrest, joining several other active warrants in his name.

On Sunday, six weeks later, Adams once again led local law enforcement on a high-speed chase. This time, however, he was caught.

Adams, 26, of Martinsburg, was spotted at the Fredericktown BellStores location just after 11 a.m., according to Knox County Sheriff David Shaffer. The Fredericktown Police Department (FPD) was immediately notified, as it was known that Adams had warrants out for his arrest, and an officer proceeded to the scene.

"While responding to the area where Adams was last seen after leaving the business, the Fredericktown officer observed the vehicle that Adams was operating and attempted to initiate a traffic stop," the FPD said in a statement.

"Adams refused the signal to stop and fled from the officer. The pursuit left the Village of Fredericktown and continued on rural roads in the northwest corner of Knox County."

Minutes later, an Ohio State Highway Patrol officer spotted Adams' vehicle in the area and initiated his own pursuit. Adams continued to flee, tracing Middlebury Township's hilly terrain before ultimately stopping in the area of Pinkley Road and Waterford Road and fleeing on foot.

Meanwhile, Adams continued to elude officers on foot. At one point, he reportedly broke into a local resident's home, but he didn't stay long. According to Knox County Prosecutor Chip McConville, the resident drew a gun and fired shots at the suspect, forcing him to exit.

The search continued over the next hour, with Adams staying hidden in the wooded hills of northwest Knox County. Local law enforcement alerted the public of the search and continued to canvas the area.

Adams was ultimately spotted by the OSHP aircraft around 12:57 p.m., and was apprehended by officers shortly thereafter. Shaffer said the arrest was peaceful, and no one was harmed in the pursuit.

"The gist I got from the aircraft was that they saw him, he came out, and he had his hands up," Shaffer said. "Where he came out from, I don’t know. I think it was just a wooded area. But I don’t think there was any kind of incident when he was actually taken into custody.”

Adams was transported to the Knox County Jail around 1 p.m., less than two hours after the pursuit began.

According to Shaffer, Adams had six outstanding warrants in his name, including multiple stemming from felony charges. He was jailed on those warrants Sunday. McConville said additional charges are almost certainly en route.

“Based on today’s proceedings, I can pretty much guarantee there will be another set of charges," McConville said Sunday. "I just don’t know exactly what they will be yet."

A Knox County grand jury will meet on Monday, McConville said, but likely will not hear evidence from Sunday's case due to the quick turnaround. In the meantime, Adams will remain incarcerated until his bond is set on two open cases in the Knox County Court of Common Pleas.

McConville will review police reports from Sunday's incident and make a decision on additional charges from there.